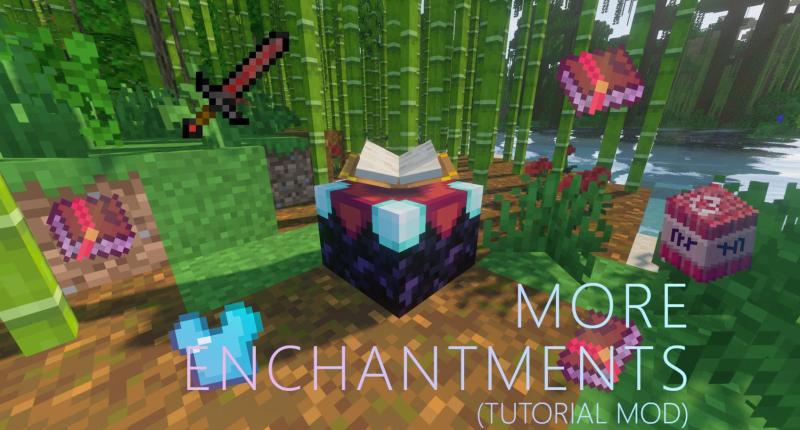 This mod was created for the MCreator tutorial series on YouTube.

The mod introduces a sword and 3 new enchantments. Lifesteal is specific to the crimson sword and gives the player some regeneration and saturation in addition to that when Lifesteal II is applied. Propelling is a general chestplate enchantment that shoots mobs that attack you in the air, dealing some fall damage. The higher the level, the higher it propells them. The last enchantment is ignition and it's a curse that makes TNT ignite instantly after placing it.

In addition to the tutorial enchantments there is a "Smash" chestplate enchantment that sends you flying towards the ground when sneaking, makes you invincible, but much immobile and creates a 3x3 hole below you with a 5 second cooldown.

Feel free to explore the mod's workspace and procedure templates :)

Could I use this for a modpack???

The modpack will include mods made using Mcreator and no other mods most likely.

And I figured out how to use Enchantments now!

It's a tutorial mod but I really like the ideas behind those enchantments :)

i got 1 question. i got newer version and idk what to do could you help me please? :D

Can you please to take a picture code function for step enchantment???