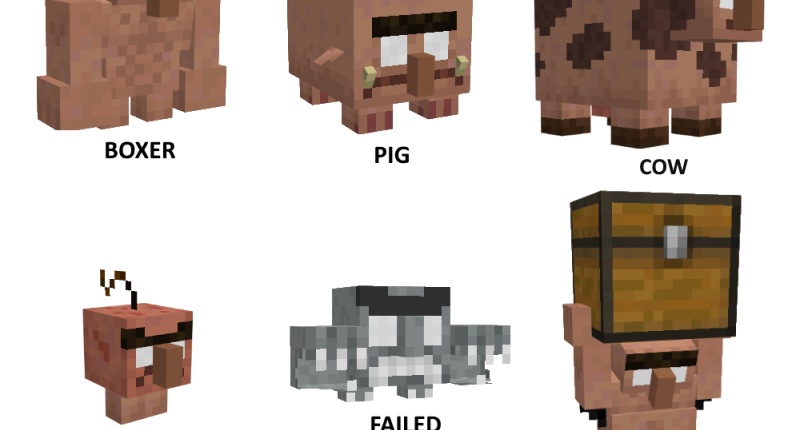 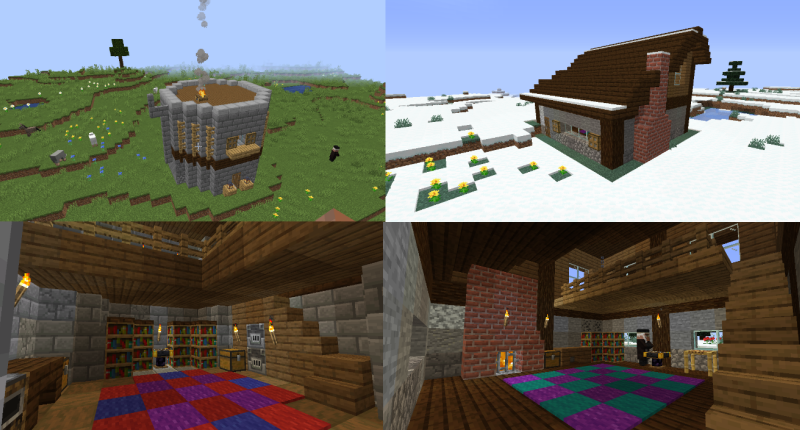 "Awaken your inner alchemist! Experiment with ores, chemicals and organic materials, explore their power and create more powerful tools, charms and more. You can upgrade magic swords with up to two unique modifiers that enhance their abilities in the swording table. Combine materials in the alchemist table to create different magic substances and imbue them with magic dust to alter their abilities."

everything the mod adds:

You can get 5 new rings that will provide you with positive potion effects, 4 necklaces that will give you powers of surrounding survival, 4 magic swords with different characteristics to which you can assign powers and many more things

Netherrack Monster: big and strong, it appears in the nether wastes, you must kill it to get its core, but be careful, if you break the core it can explode

Imp, it flies and attacks you, if you click on it with a syringe you can steal its blood, which you will need for your magic objects

mandragora, appears when you break its plant, screams so much that it damages all mobs within a radius of 9 blocks, its corpse is used for healing bandages. will have more uses in the future

boxer: defends you from hostile mobs and attacks mobs that you attack, follows you

chest: follows you and has a chest where you can put items

pig: gives you 4 pork chops if you rigth click her with a shear, then his skin changes to a one without meat, and after a time regenerates his meat, then you can repeat the process

failed: When a jar with a homunculus fetus finishes gestating, there is a small possibility that instead of the homunculus that you were gestating, this hostile mob appears

cow: you can milk him, the milk gives you regeneration effect

all homunculi except the failed one have regeneration. If you want the boxer homunculus and the chest to stop following you, you must click them while sneaking

alchemist: He appears in the alchemist's house, he will sell you homunculus DNA and jars of tartaric acid to make homunculi, he also sells you the magic necklace to make the other necklaces, and he buys you demon blood

pressing h you can open the gui of the charms

subscribe to my youtube channel, soon I will upload tutorials on how to make homunculi and more

HOW TO USE THE ALCHEMIST TABLE:

HOW TO USE SWORDING TABLE

HOW TO MAKE HOMUNCULUS

fanart by a friend:

This needs to be the mod of the week

Looking forward to the update :D You may also want to improve your mod's picture, would be cool for a mod like this to have a logo :)

thank you so much :D

Congratulations for winning Mod of the Week :)
Can't wait to see more :D

finally mod of the week : D , the homunculus update is almost ready. It took me longer than I thought but it's coming

How did you export these models to create such logo/models outside screenshots? ^^
Also, congratulations on MOTW, this mod seems really promising!

thanks :D, with blockbench you can make screenshots of your models :)