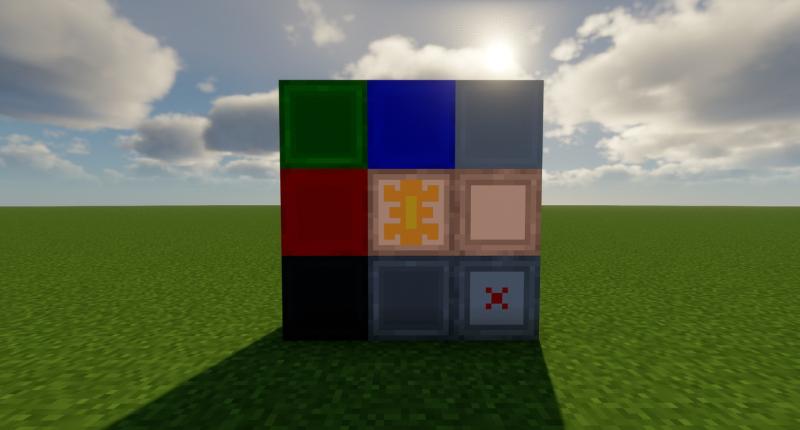 The various parts of our confinement system!

(The logo, along with the idea, was inspired by the ARG New Noology Network, which was part of the TV show "Dispatches of Elsewhere". I do not own/claim anything, the mod was only inspired by this idea.)

New Noology Networks - the future, at no cost!

Here at New Noology Networks (NNN) wish to bring you the latest technology at an affordable price - free! Our latest product, the Ĩ̵̟ṁ̷̪͍͆p̶̞͈̳͉͌͂̀ŕ̴͓i̸̠̇s̸̿̾͋͠ͅo̴̭̬̙͐͋̌͠n̸̘̹͈̄͛m̷̻̀̅ë̶̢͉̼̗́̾́͘n̸͓̦̎̿̾͝t̶̲̥̤̀͝ ̴̢̰͚͋̚N̵̺͐̓̽ě̶̤̫͊t̶̲͉̺̃̃ẘ̵̯o̸̺̙͇̎̒͑̇r̴̩͈̭̞̋̿̂̕k̵͕̲̯̭̉̈́͝ ̵̰̯̪̔̓͠S̷̤̓̈͜͝ÿ̸̥͙̖́̔s̴͉̹̹̹̈͝t̴̛̤͕͖̭̎e̴̗̽̿͂͠m̵̩͝, is the latest breakthrough in solitary restraint devices. It guarantees 99.99999% functionality at all times, making it practically (in)disposable!

Unfortunately, although we can supply you with the blueprints for free, you will have to gather the resources yourself. Granting you everything with no effort would be stupid ruining the necessities of what makes us human.

Or you could download an external modification to tell you the blueprints instead.

"How does this work?"

We don't know, but our scientists are top notch and we promise you that it will most likely not explode unreasonably.

If you're asking about how the system works as a whole, our co-leading technician, Gary, has kindly written you a small guidebook.

Serves as the core for your unbreakable containment system. Frames will not place if they aren't next to a core or another frame that is connected to a core. Beware: If your prison core is broken, the framework connecting to it will cease to function - it will stop working. Additionally, you will need to activate the core with an activator for it to begin functioning, but keep in mind that once the core is active, you will not be able to build upon the prison with any more frames. Keep in mind that you don't need the core to be near the place of containment, meaning you can be more safe by building a network of frames that connect long distances to avoid.... saboteurs.

The structure of your containment system. It is the walls of your confinement and will be unbreakable if connected to an active core. Keep in mind that each frame placed will connect to a single core, meaning each core acts separately and the frames function in the same way. Framework comes in 6 colors, allowing you to color-code your confinements appropriately or aesthetically design your place.

Has the ability to force people to permanently respawn at its location if they step on it. If you own it, the anchor will not function on you. Even when broken, the point of respawn remains - so beware. It works like a frame in terms of placement and activation.

When connected to an active core (by other frames or directly), the executor will critically damage anyone that steps through it, killing them (including the owner!). Acts the same way a frame does in terms of placement.

Complaints & feedback is awaited for in the comment section, so don't hesitate to babble about it for hours if you wish. Our community service is top notch, we assure you :)

It is important to note that this system is supposed to function on others, meaning it's multiplayer.