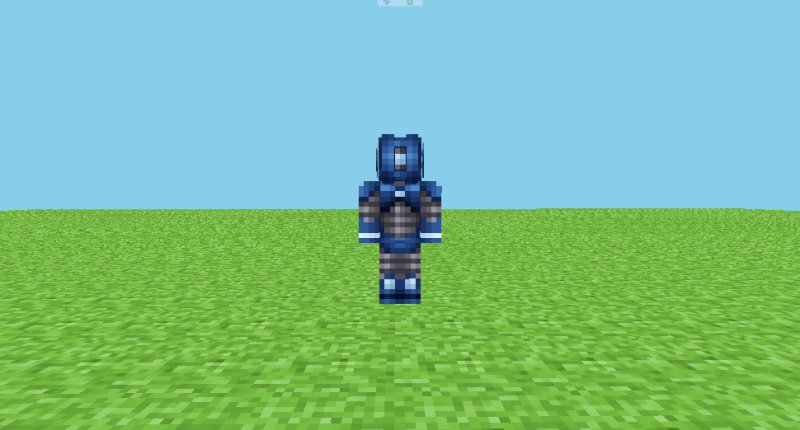 Minecraft lacks allies. without these guys and their high tech, you won't survive as easily as you want to. The guardian robots and drones are friendly mobs that not only respond and talk to the player, but they also can be replaced after death. these robots will immediately spawn in another after death to finish what he started. these robots are one mind and many bodies. they seem threatening when in reality they are allies. interacting with a guardian robot will result with him greeting you as well with the drones. the robots are very proud of their job and will apologize upon death for being a failure, having one of these guys nearby will come in handy on raids. These androids were kind enough to give you their crafting recipes for their technology, their guardian laser is a deadly weapon that uses mere oxygen as fuel and will run out of durability long after any boss fight, it is a strong gun so raids and common combat will be no issue. I advise against antagonizing these bots because of how they will push back against any hostile lifeforms, killing a human violates the laws of robotics, however, it is a law nonetheless and can be broken like any law written by a human. These are mysterious lifeforms that are common throughout the world and have an unknown origin, some say that an ancient civilization created these bots. nevertheless, they chose you as an ally in combat so do not betray their trust.

when you have it, I want to be one of the first to play it