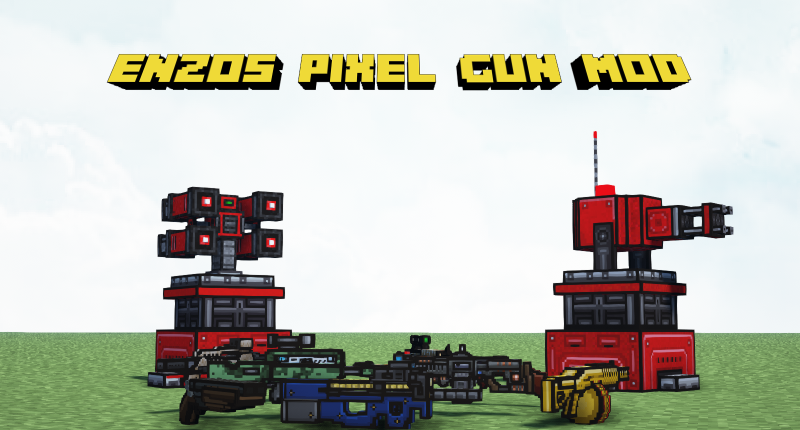 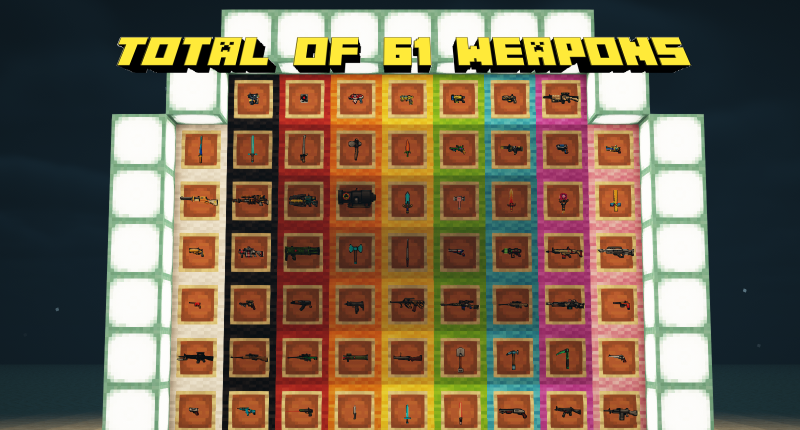 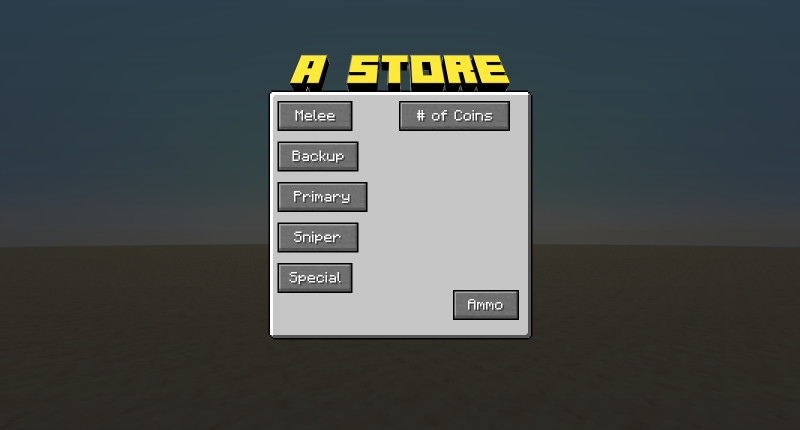 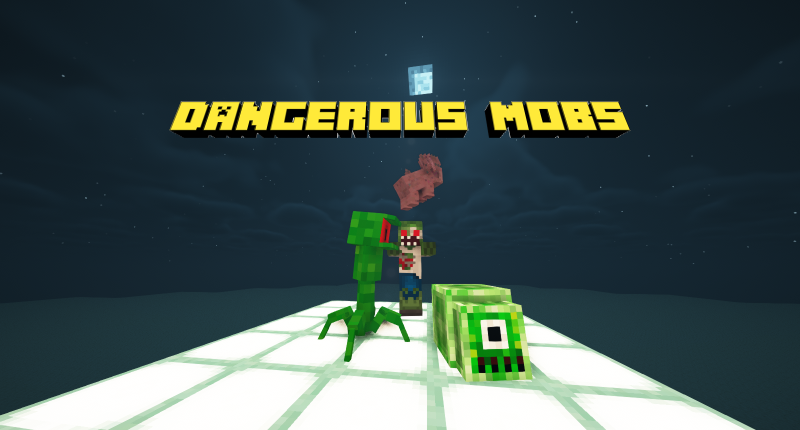 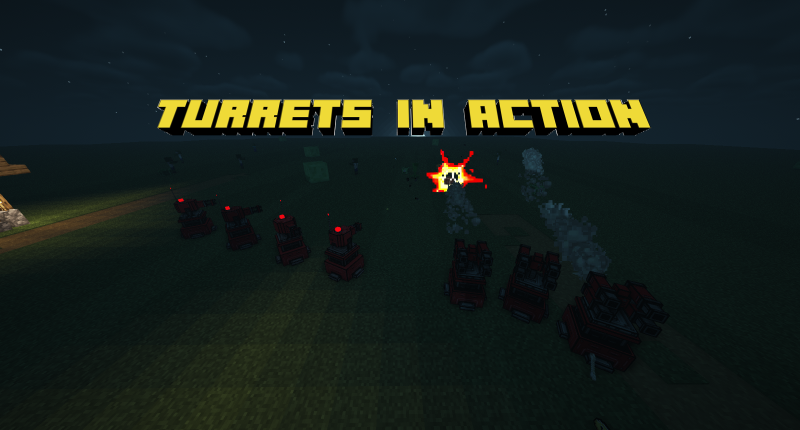 Thank you all for MOTW!!!

Keep in mind this mod is in early beta so most features like armor, throwables, pets, vehicles aren't planned yet. Also some weapons may not be accurate to the weapons from the game.

What's does this mod contain?

This mod contains a total of 30 weapons, currency, and a store to buy all your weapons.

(Some weapons can be scoped by sneaking)

- Steam Revolver [can be scoped]

How Do I Get these Weapons?

Once you first load a world for the first time with this mod installed you're given a set a items. You get a Combat knife, Pixel Gun, a stack of ammo, and 10 coins. You can then open the store to buy more weapons.

To open the store you press "v". You can change the bind to open the store in your controls somewhere near the bottom. The store contains 5 weapon categories you can choose from. The store also has an buy ammo button and a button to show the total of amount of coins you have.

Where Do I Get Coins?

You can get coins by killing hostile mobs(mobs such as zombies, spiders, skeletons, etc) which have a 25% chance to spawn a coin. If you get lucky you get more than 1 coin. You are also awarded 3 coins daily (20 minutes or 24000 ticks).

DON'T BE THAT GUY

Please don't publish my work elsewhere without my permission.

urielito3010 - For their spread formula

Salvador 666 - For their ammo and reload system

RexCerv - For their store system

Cubic Games - For the sounds

This mod is now cancelled...

Unfortunately forgot to backup my workspace before formatting my drive whoopsies(which means I accidentally deleted the workspace)!!! So this is actually the last version of this mod. Who knows maybe I might comeback and remaster this mod but for now goodbye! ALWAYS MAKE SURE TO BACKUP YOUR WORKSPACE

- Gadget shop (only turrets as of now)

- Removed military base and soldiers

- Fixed military base structure not having a floor

Wow. Best gun mod i've stumbled upon on this website.

hi, your mod is amazing, i would like to help you make it better by making models for your mod, also did you loose all the models you made when you accidently deleted your workspace?

Wow, this mod is really cool! The only thing I'd improve is the ammo texture and perhaps separate it for different guns unless that's an intentional design choice.

Thx for the suggestion! Will add separate ammo in the next update.

Really good Textures and Models! I am happy someone used the Custom Store tutorial :D! Congrats for MOTW by the way.

Ah, pixel gun was my childhood. This mod seems really well made! Congrats on MOTW

simply by playing with this i have relived my childhood. would love to see how you add the prototype in

I used to play pixel gun soooooo much! I haven't played in ages and recently I started playing again! The only thing this mod needs is...