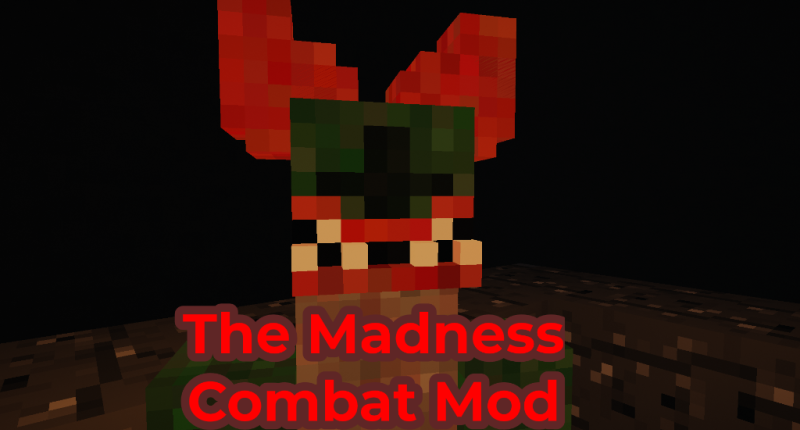 So I Made A Madness Mod.. Its Cool Heres Some Of Things Featured In The Mod

And Of Course More In The Future Like A Hank Mob, Another Tricky Form and Jebus And Much More

The Madness Combat series is a series of Flash animations made by Matt Jolly, also known as Krinkels. The series has 15 canon episodes so far. The musical scores are mainly composed by Sean Hodges, otherwise known as Cheshyre.

As a series, Madness Combat's calling card is its excessive and brutal violence. While early episodes featured general mass violence, elements of horror and science fiction have slowly become more apparent as the series has evolved.

The series chiefly focuses around the main protagonist, Hank J. Wimbleton, and his endeavors of killing his foes. It is established in the second episode that the episodes are set "Somewhere in Nevada."

Hank J. Wimbleton is the main protagonist of the series. He is allies with Sanford and Deimos. His main foes include the Sheriff, Jesus, Tricky the Clown, the Auditor, and other units within the Agency Against Hank Wimbleton. In Madness Combat 1 and Madness Redeemer, he looks like an ordinary Madness character, but this changes throughout the series, and he eventually gains his trademark black coat and red glasses in later episodes.

Jesus has been one of Hank's greatest adversaries. Until the end of Madness Consternation, he has always been a main antagonist of the series. Unlike many other characters, he has many supernatural powers, the most infamously being the ability to create zombies from the dead. In the beginning, he was affiliated of the A.A.H.W., but later defected from the organization.

Tricky the Clown is another powerful foe of Hank and later, Jesus. He initially appeared as an A.A.H.W. member that fares only a little better than the average grunt. However, since Madness Depredation, he has become a very formidable killer. His main source of power ostensibly comes from the Improbability Drive, which turned Tricky into a demonic monster at the end of Madness Antipathy after what should have been Tricky's death.

V.1.3: Added ways to Spawn the Boss Mobs and Made the Nevadan Sky red

i love madness combat, i am really happy for this mod

Seems like a cool mod but the images don't work

Yo I love this so much! I hope you continue this as I really want this to develop! My friends and I are really enjoying messing around with this.

I don't know if you are open to ideas for this mod but I still love this mod a lot and want to see it continued. There are two things I wanted to bring up related to the Nevada biome that I felt would be beneficial:
1. if possible, I think changing the dirt and grass to be gray in color would help push the theme of the biome along with turning the sky red (not like the nether, more of a dark red close to black)
2. I think this may just be a bug but in the Nevada biome, trees lose their leaves and they all just fall to the ground. Not sure why this is or what the fix would be.

I also wanted to ask how the boss mobs spawn? Is it only in creative with spawn eggs?