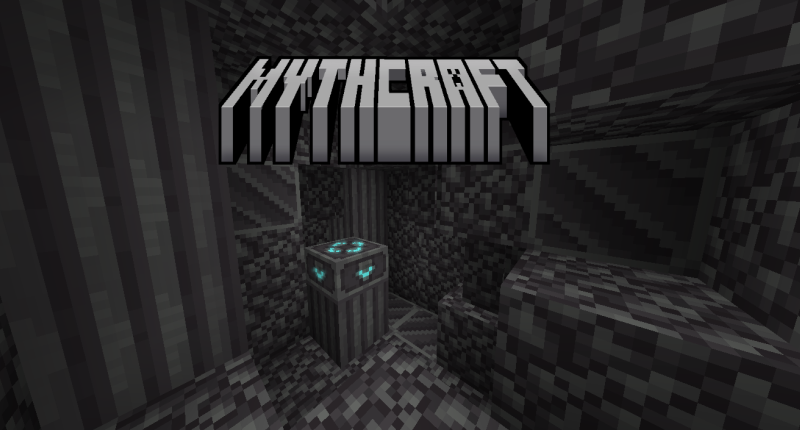 Mythcraft: Secrets of the World. 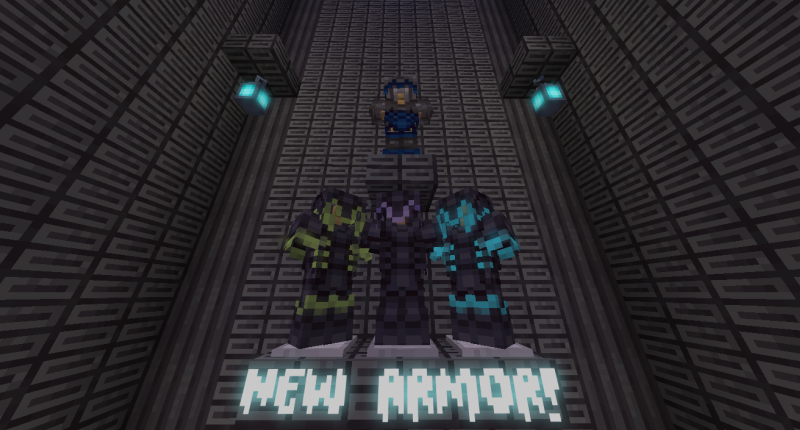 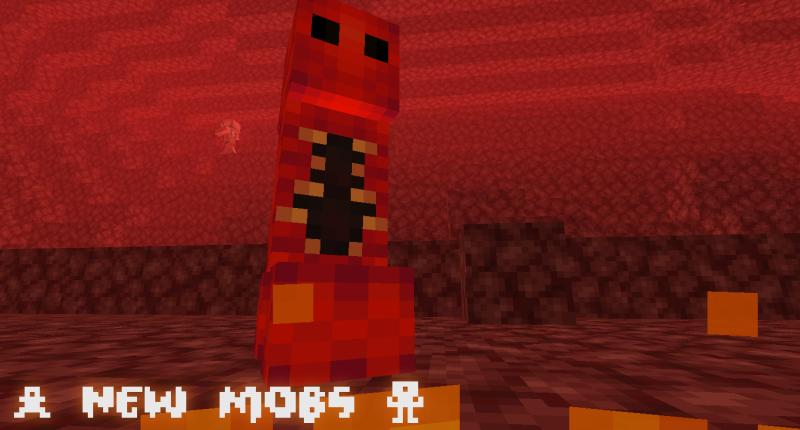 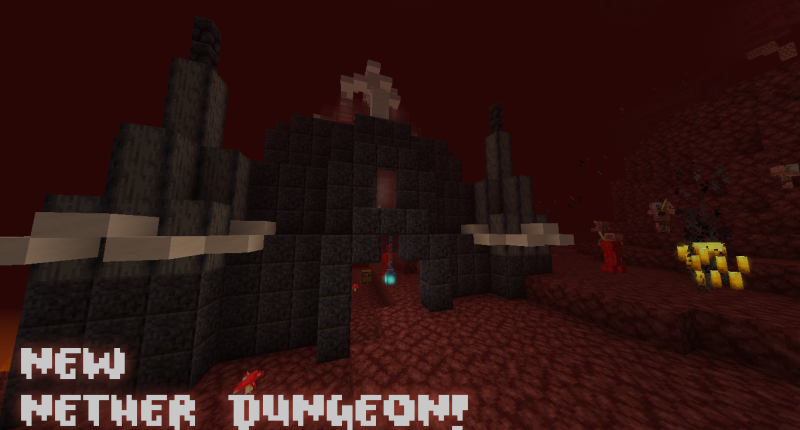 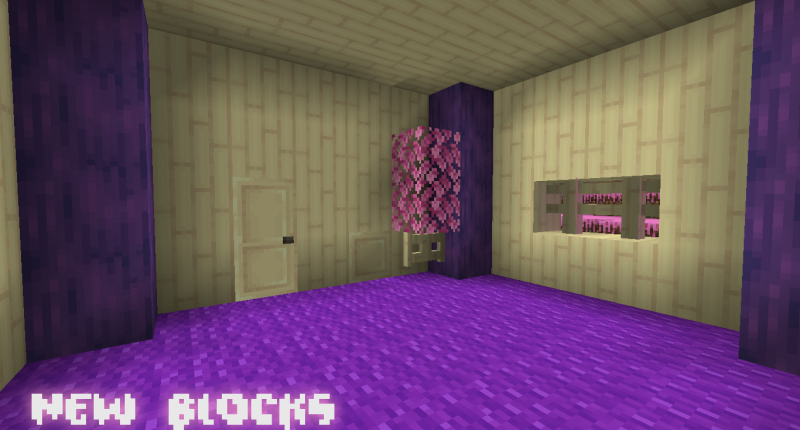 At the moment, there is only one mob in fashion - a devastated nether creeper. Physically, it is stronger than a normal creeper, but it cannot detonate. He only bites and sets fire. In a future update, most likely when he leaves his habitat, he will turn into a regular creeper.

A mob negatively attuned to the player. The Red Eye of the Sinner falls out of it. From it you can create ingots and a sword

Item for crafting. After crafting, it does not disappear. Damage is dealt to the item. Item Durability 15 uses, if held in your main hand, you will take fire damage. 1 unit of health per 20 ticks

Used to craft a new sword

Imposes drain on opponents, and also if you have 5 or less health units, before hitting, it will impose positive effects like a totem of immortality

You can create a pink diamond

You can create a Pinku Sword

- In the Peexie biome, Peexbushes and Peextrees will now spawn. Also some bushes will have Treasure chests.
- Peextree set, planks, logs
doors, hatches and more

- In the new biome, you will jump higher, which will actually damage you

- New grass and pearls. At the moment pearls are not used anywhere

- Added a new breed. Should spawn near the bedrock. Foul veins can also spawn, from which fel crystals will fall.

There are generation problems, but will be fixed in the future.
- New three sets of armor. About them further

- Converter and Fel Retainer. If you have the entire set of Ancient Armor in your inventory, as well as a fel crystal in your leading hand, after clicking on the block, it will transform it into one of 2 pumped versions. At the moment, they only have texture.

- Foul Armor.
The same as Glorious.

You need to connect the Nether scroll and some nether armor on the blacksmith's table. He's in a new Nether dungeon.

- Decorative blocks from a new stone

- There are bugs with the generation of structures, but in the next update I will fix it

- For the most part, this is just a bugfix. But here I added 3 new swords. They belong to 3 ancient sets. All craft items are the same

New Update!
This is a very buggy update, but most likely it will drag on, so I will post it in parts!

-There will be new reworked dungeons!

- Sorry for this image format, at the moment there is no other way. In the meantime, you can look at future structures. I could not help but share!

Man i probably gonna download ur mod when he gets updated but i still think it looks cool and future ideas are very cool and that story with corrupted file got me :(. Good Job!

Thanks man. I am not going to abandon this mod. True, I was very demotivated when the file was damaged, but now I'm ready to restore

Who can help? I do not know why pictures are not shown in the description

Idk man have same problem, maybe u can ask help on forum ^^

I use Discord for photo source (I have dedicated channel for that), but I used Pinterest previously and it worked smoothly too :)

Thank you very much!!!

You found the way, nice ^^ btw Sinner texture look sick, it's probably one of the best mob textures I've seen by far :D

Oh, thanks a lot! This texture is very many months old. I decided to redo it. Only wings and horns remain: D

You read my mind)

It has kinda nice atmosphere! I don't like pink biomes, but that last photo look sick, mystically in some way. Good luck on rebuilding the mod, bro ^^

Hi, thanks for your feedback! This is just a minor addition for modification. In this mod, almost everything is going to be dangerous. This biome can be said to be made in order to show that even such cute pink creatures are dangerous too. You can follow the mod further, there will be many interesting things

Yeah, I think you are going the right way with that ^^ but I really like how it turned out, even if it wouldn't be dangerous, it would serve well as a place for living! And of course I will follow mod development, I really like to see how everything develops :D