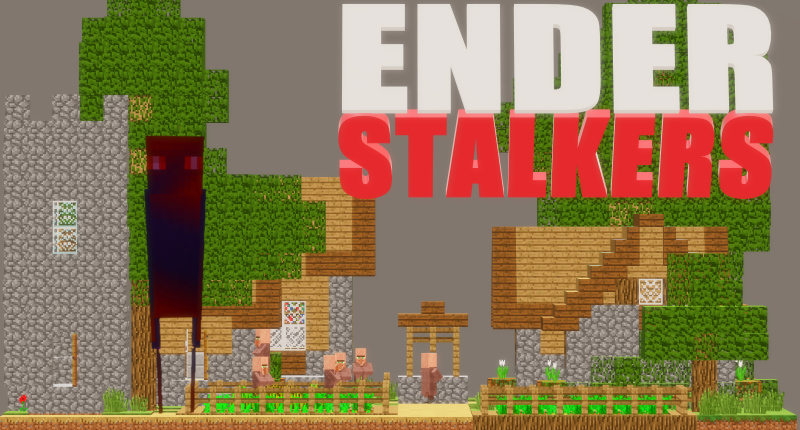 A mod that adds a new mob, a new set of armor, and an item that acts like the "hammer" in many other mods.

My first custom entity with a custom model! I usually just use vanilla models with new textures, but this guy looks like a taller, lankier, and creepier enderman.

New Tool: Ender Stalker Arm. This arm dropped by the new mob acts like a "hammer", mining in a 3x3 area.

I tried REALLY hard on the model and textures to make them look creepy/scary. I set no animations because I thought it would make the mob move creepier, and I think it does.