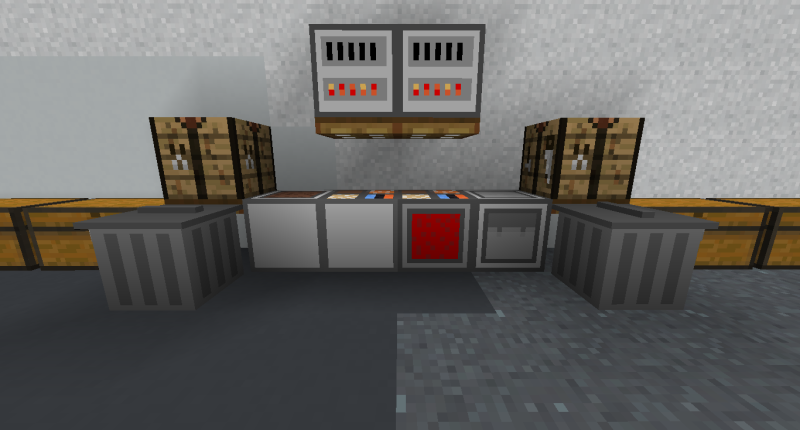 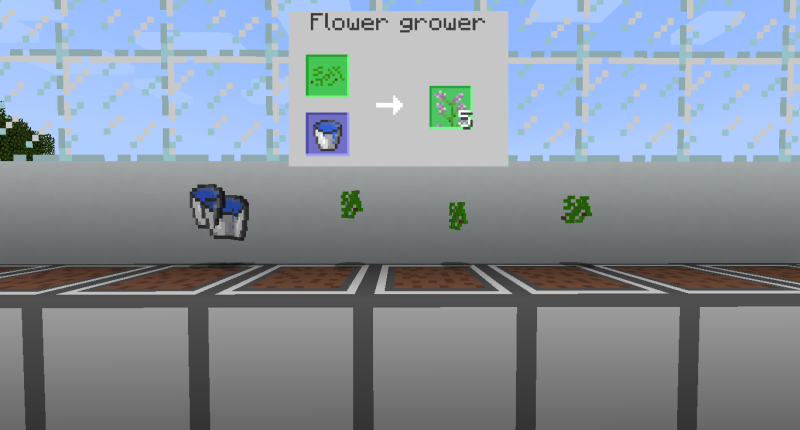 Flower growers with items on top and a GUI sample 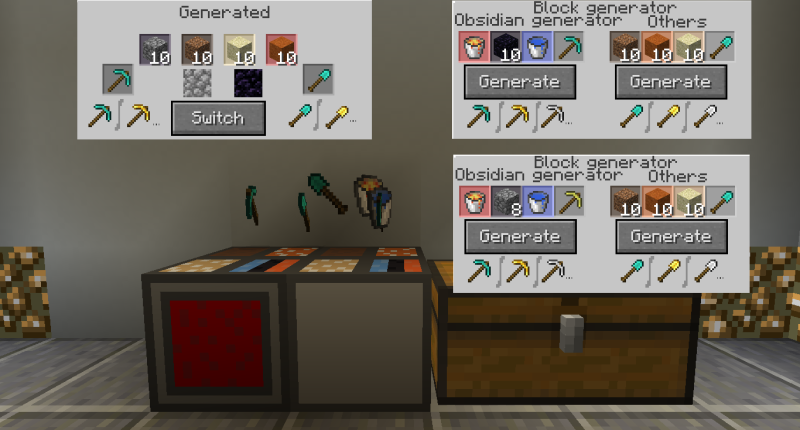 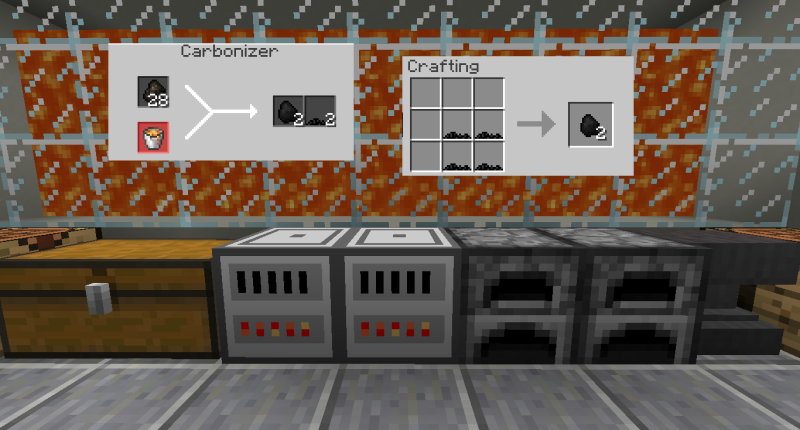 Carbonizer with GUI and a crafting recipe 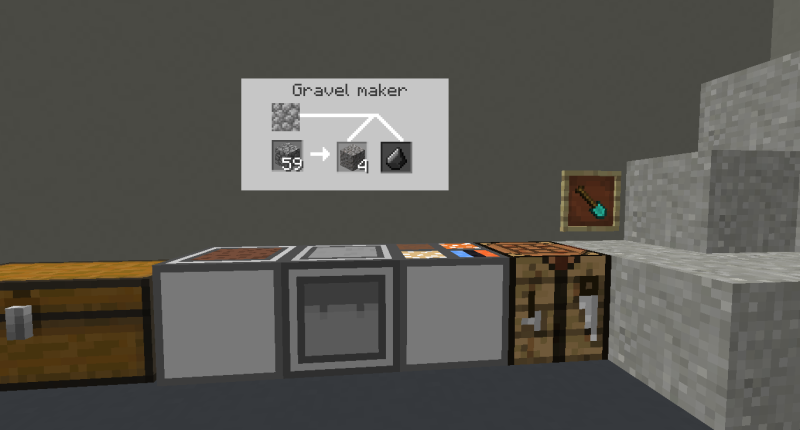 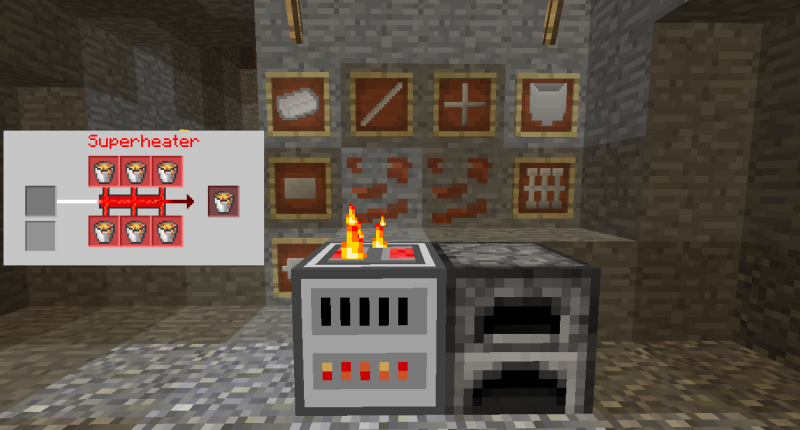 Wolframite, wolframium, wolframium items and a superheater with a GUI sample

Turn charcoal into coal and create blocks using tools manually or automatically. This mod has been created for Minecraft 1.12.2 and brings some blocks that can help you creating items, or deleting unwanted items.

For more info on the mod, visit moonutilities.weebly.com

This mod brings the carbonizer: a block capable of turning charcoal into coal, to use it just add charcoal on the top slot and add lava on the bottom one.

Regular trash can: delete items with the click of a button

Upgraded trash can: delete items with the click of a button or with a redstone signal

Another block brought by the mod is the flower grower and the seeds:

Seeds: craft them by placing 2 flowers on the crafting table, they'll be needed for the flower grower

Flower grower: give it water and seeds and it'll start growing flowers based on the seed's type

Another addition is the gravel maker: a block capable of turning cobblestone into gravel or flint

This mod also includes a concrete bag for your building needs: store your concrete dust in here and a shovel if you want

If you need wood, this mod has you covered with the tree grower: a block capable of having a tree grow on it's top and get it's logs

Whatever you do, never, never, NEVER decide to make lava without using a bucket or without removing the lava bucket on the output slot else you may find out that your house is now a bunch of lava floating on a crater which used to be your house. Also, since wolframium is a heat conductor, don't stand on it, else you may burn and possibly burn your house in consecuence, so make sure to place it in a non-flammable area and don't stand on it, never. It is completely safe to do this with netherack and with quartz since those 2 will not contribute to the internal pressure of the superheater and will just fall out of it

Another added thing is the fluid fusion block: use it to turn redstone and glowstone into their liquid form and turn the liquid forms into more redstone/glowstone by adding cobblestone

It also adds a new effect: moonlight_utilities:electrocution: it damages you based on the amplifier and can make you emit particles

Due to the fact that 1.12.2 still uses bonemeal as white dye, this mod added white carbon flowers that spawn on the nether which can be used to create bonemeal using a nether environment block

- Added the trash can [destroy items]

- Added the flower seeds [flower grower took almost every plant as poppies, roses or dandelions so I had to make seeds to solve the problem]

- Added the wolframium ingot and the items craftable with this metal