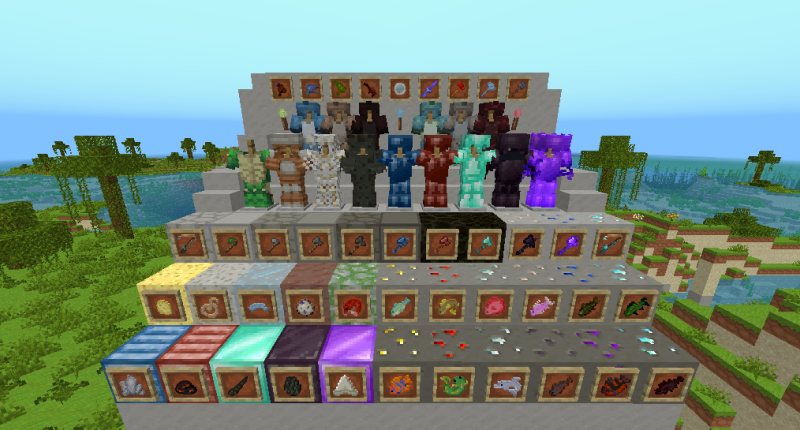 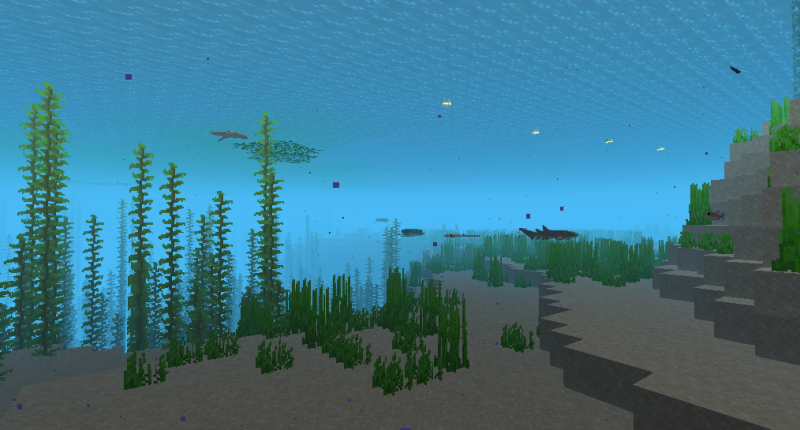 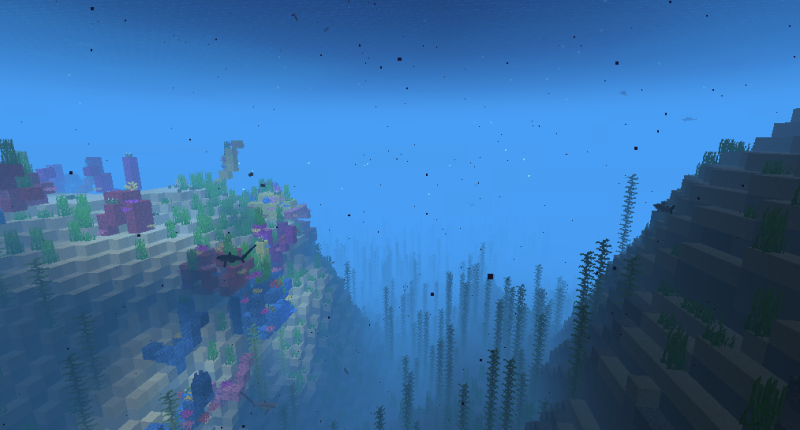 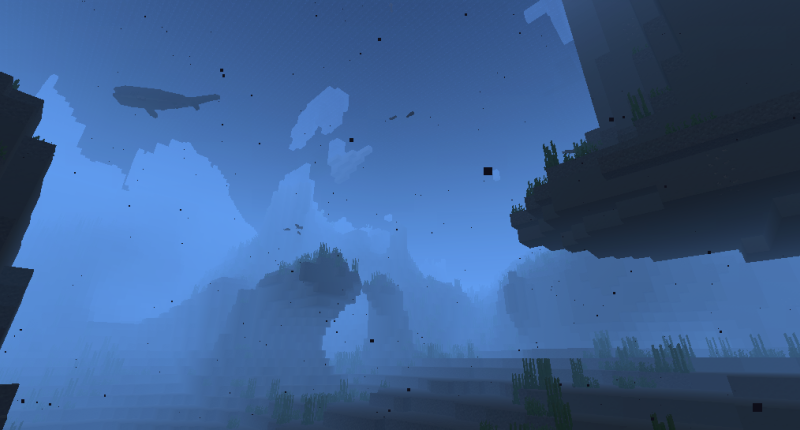 Like many of us, before Minecraft's Aquatic Update was released, I felt that Minecraft oceans could use an overhaul. Ideas that I initially had back in 2014 slowly built up over time, and after discovering MCreator I tried to begin working on this mod in 2016. Some things fell through, however; I felt like I didn't have enough to work with, and I later abandoned the project.
I came back to it in early 2020 and thought I'd give it another shot. After a lot of brainstorming- and inspiration from the Aquatic Update itself, I felt like I was finally prepared. And now, after almost two years of on-and-off development, I present Aquatic Craft!

This mod mainly* consists of one new dimension, which itself contains:

More internally speaking, there are also:

*I do intentionally want to be a little stingy on details regarding exactly what all is in the mod since I'd like to give players the joy of discovering things for themselves.
I have tried to keep things pretty intuitive, though. But I will certainly describe anything important that you may want to know beforehand.
By all means play how you want, but I highly suggest playing through things in survival mode before playing around with things in creative!

The portal to the aquatic dimension consists of just a single block, which when right-clicked will transport you between dimensions.

All you need to craft this portal is some iron, glass, prismarine crystals, and a heart of the sea. Acquiring a bucket will start a short series of advancements to guide you towards creating a portal and will grant you the recipe to craft one.

In order to make things a little more beginner-friendly, I created a "prismarine fish" that spawns in the Overworld at depths of y=45 or below. This does require finding a deeper ocean or some underwater caves, but should prove more convenient than locating and defeating guardians.

Lastly, while I haven't made the process of acquiring a heart of the sea any simpler, if you weren't aware, you're able to feed dolphins raw fish and they'll lead you towards the nearest underwater chest - if there are any within their detection range. This feature can help immensely when searching for a treasure map!

To make things both a little more challenging and interesting, I decided to add several environmental hazards to my dimension:

Not really "hazards" per se, but still worth mentioning are:

This mod includes its own fishing system - which functions very similarly to, but still a bit different to Vanilla. There are six new fishing rods - each having their own "wait time", "bite chance", and pool of catches. There are also three types of bait that are required to catch the mod's fish. Note that helpful tooltips are provided on both bait and rods.

To try and explain this system, in order to catch one of the mod's fish, you must hold a certain type of bait in your off-hand slot - the type depending on the biome you're fishing in. Fruit Paste is crafted from wheat and tropical berries (uncommonly found in the Tranquil Archipelago), Shrimp can be obtained from killing small shrimp-like mobs, or large creatures that would eat them, and Fish Chunks can be crafted by putting 'suspicious' fish meat by itself in a crafting table.

Each biome has its own pool of potential catches and each fishing rod has its own sub section of 4 items from each of those biomes' pools. Things aren't so specific that you must use x rod in y biome in order to catch z fish, as there is some overlap between what each rod is able to catch, but higher-tier fish are generally restricted to higher-tier rods. You are able to catch every unique fish using a combination of the Stone Rod and Aquamarine Rod, however!

How will you know if you get a successful bite? The fishing bobber will suddenly jerk downwards about a block or so and there'll be an audible 'sploosh' noise. Right-click after that happens to reel your rod back in. I tried to make it pretty obvious. Just be patient and you'll work it out!

Now, why would you want to fish, if you aren't already so inclined? Most of the fish correspond to a certain status effect - they're basically like fishing up potions! Some act as loot bags and can give a variety of miscellaneous resources. Those that do function similarly to potions generally provide a level I effect when eaten raw and a level II effect after having been cooked, but not for as long. Some do provide effects of a higher level and I tried balancing them pretty well, but the concept of 'raw = lower-tier, longer-lasting' and 'cooked = higher-tier, shorter-lasting' remains true for most of them.

Several fish are also required to craft items to summon the mod's bosses.

Not much to mention here, but I have altered the loot tables of Turtles and Dolphins to include scute and a new item, sinew, respectively.
I don't know what this may mean for any potential incompatibility with other mods that have also altered these loot tables, but I can't imagine too many mods have done this.

There are still several things to work on, update, or improve, of course; and I have several ideas as to what I'd like to add for a minor expansion, but as of the time of writing, the mod is considered 'complete' in the sense that it has satisfying progression from start to finish, and I'll be taking a break from development for a little while as I watch and see how well it is received.

What about 1.16+? Well, when I started working on the latest version of this mod in MCreator, it was being designed for 1.14. At that time I didn't have too much in the mod, so updating it went fairly smooth. Once MCreator was first getting around to supporting 1.16 I did make a backup and tried updating again; however, I just couldn't get biomes to generate correctly, so I stuck with 1.15. I believe this issue was later noticed and resolved; but another problem is that I also have a lot more stuff in my mod now, and quite a bit of it has locked code. While I don't fully understand Java, often times I will tweak existing code, or add or remove something that MCreator doesn't have the option to simply select by default. Essentially, it'll take quite some effort to update versions; so, as of now it's a low priority.

Please feel free to mention any questions/concerns on this mod's discussion thread. If and when questions have been asked frequently enough I shall update this post- or the discussion thread- with a FAQ. Feel free to play it in multiplayer, record playthroughs, add it to your own private modpacks (hopefully there won't be any conflicts), and all that jazz!

I do not give permission to create and upload custom modpacks containing this mod online, yet, however; as I'd like to see how things go first.
If you do record a let's play/playthrough, please provide a link to this mod's page on the MCreator website.

I appreciate how long the description is :D I really like the idea of water dimension, it was probably the only one missing in my modpacks by far ^^