You Are Seeing Dungeons🏰 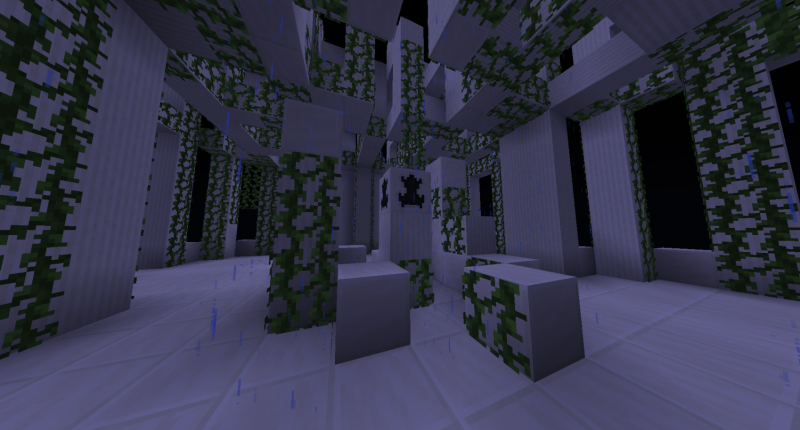 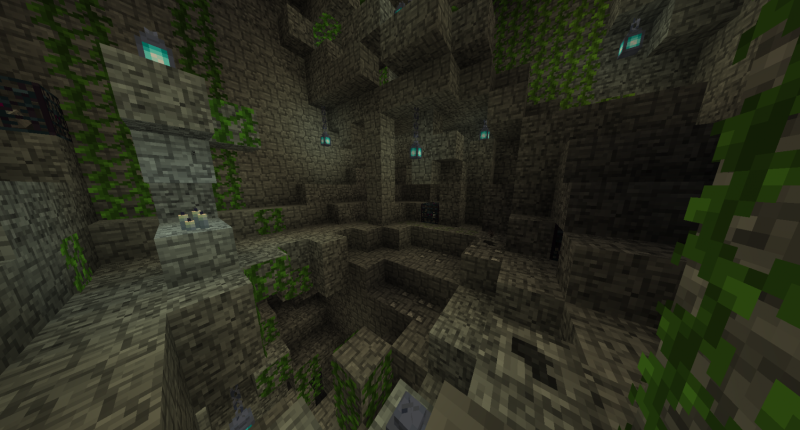 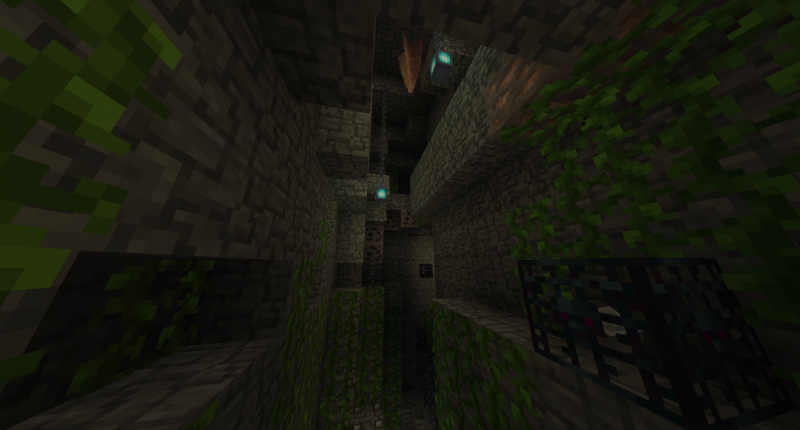 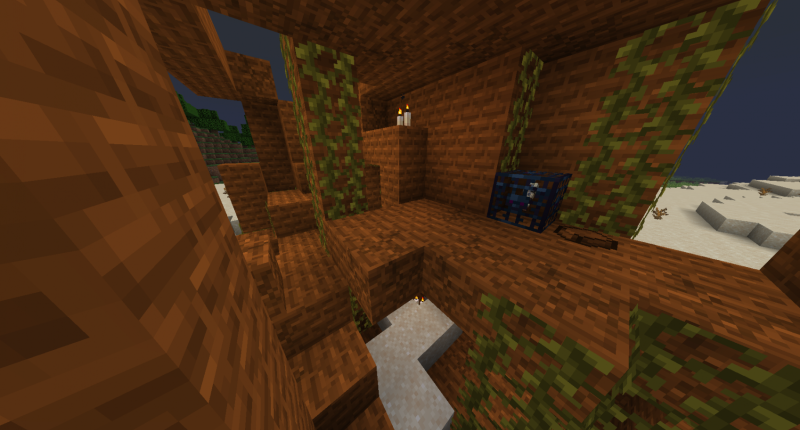 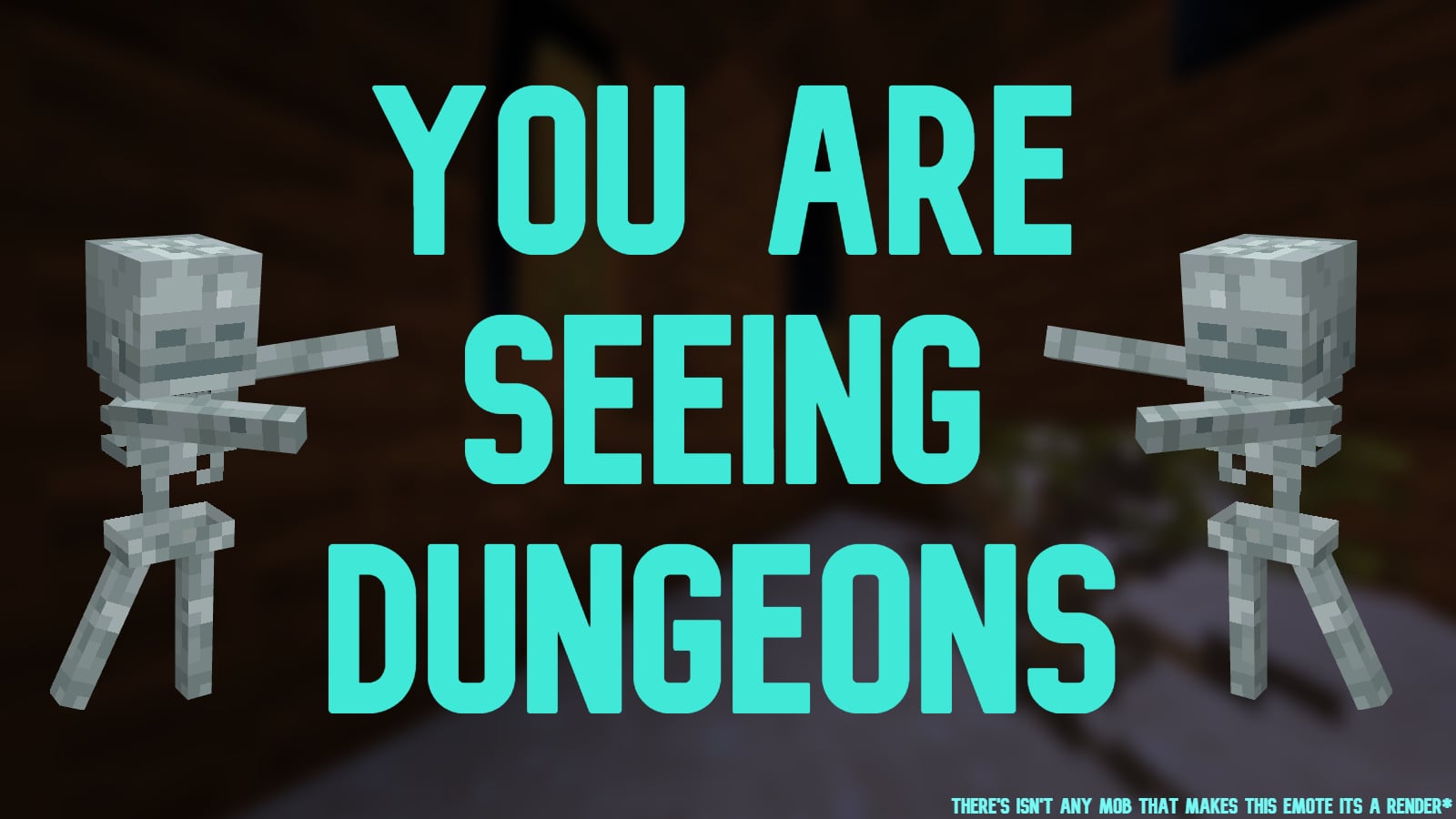 🏰YASD IS A MOD IN BETA STATUS, THIS MOD AIMS TO INCREASE THE EXPLORING EXPERIENCE OF THE PLAYER🏰 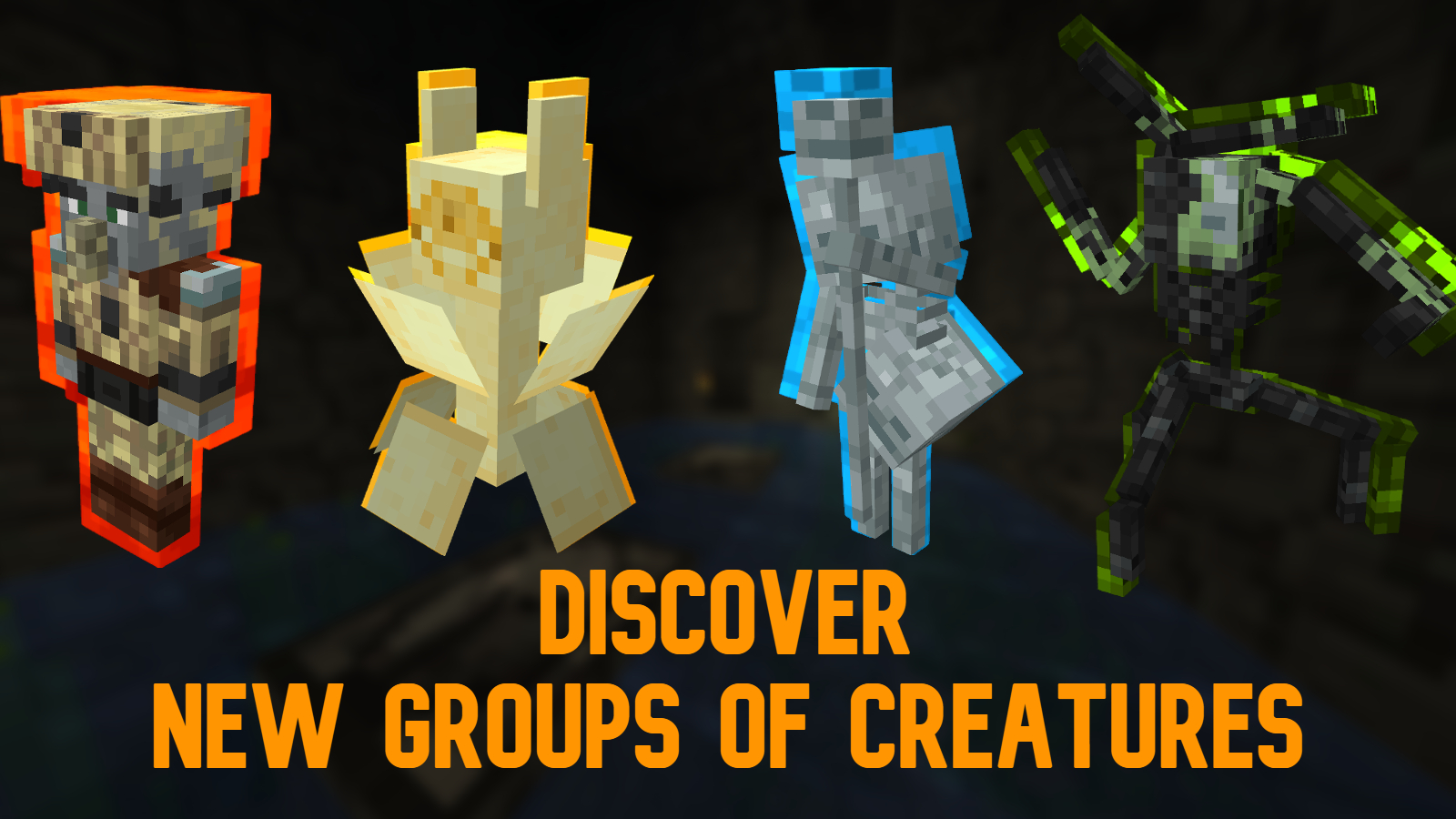 💀DISCOVER NEW GROUPS OF ENEMIES, EACH ONE WITH A NEW COMBAT STYLE💀

There're 4 types of new mob groups: Desert Pillagers, Mucus Creatures, Gloomy Skeletons and Light Creatures. Each group has its own special thing. For example all the mucus creatures cannot spawn naturally until you activate the Despair Cluster block with the Reality Modifier 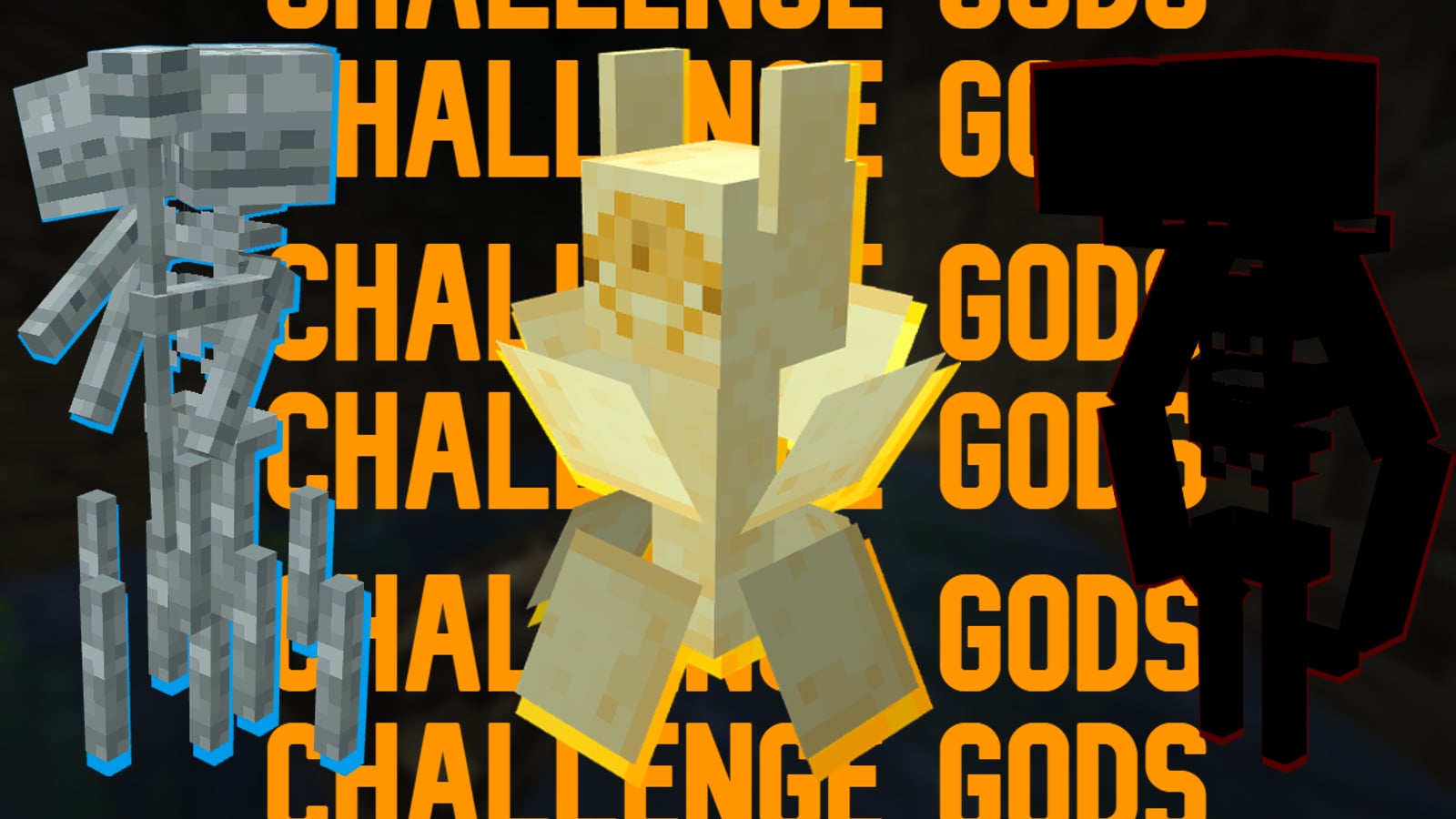 ⚔️🐉SOME GROUPS HAVE IT'S OWN LEADER, A LEADER THAT REACHS THE DIVINE POWER⚔️🐉

Light Creatures, gloomy skeletons (and the mucus creatures) have its own leader that reaches the divinity! 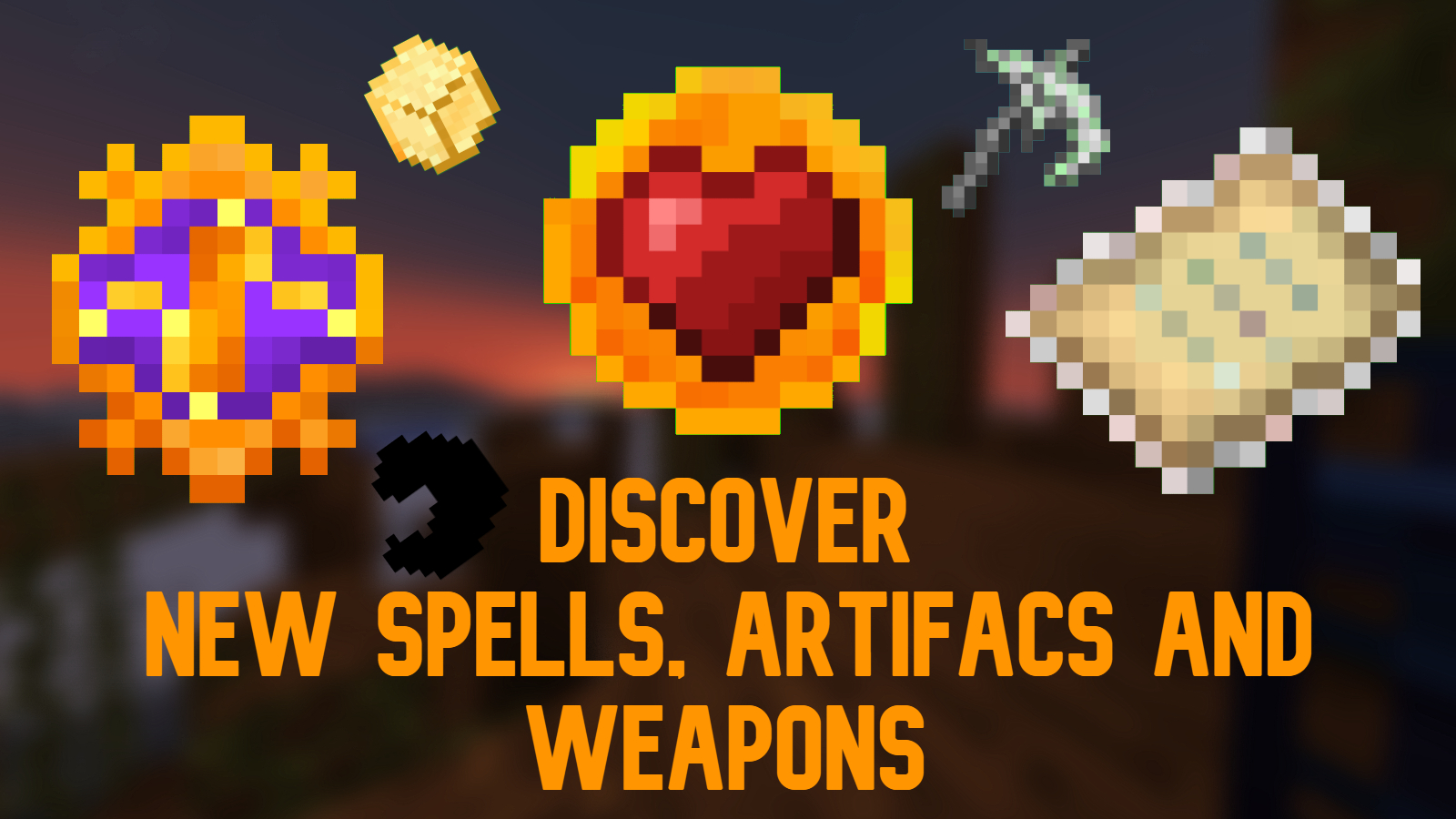 The mobs in this mod aren't easy to defeat, so you have to use the modded items to kill them easier! 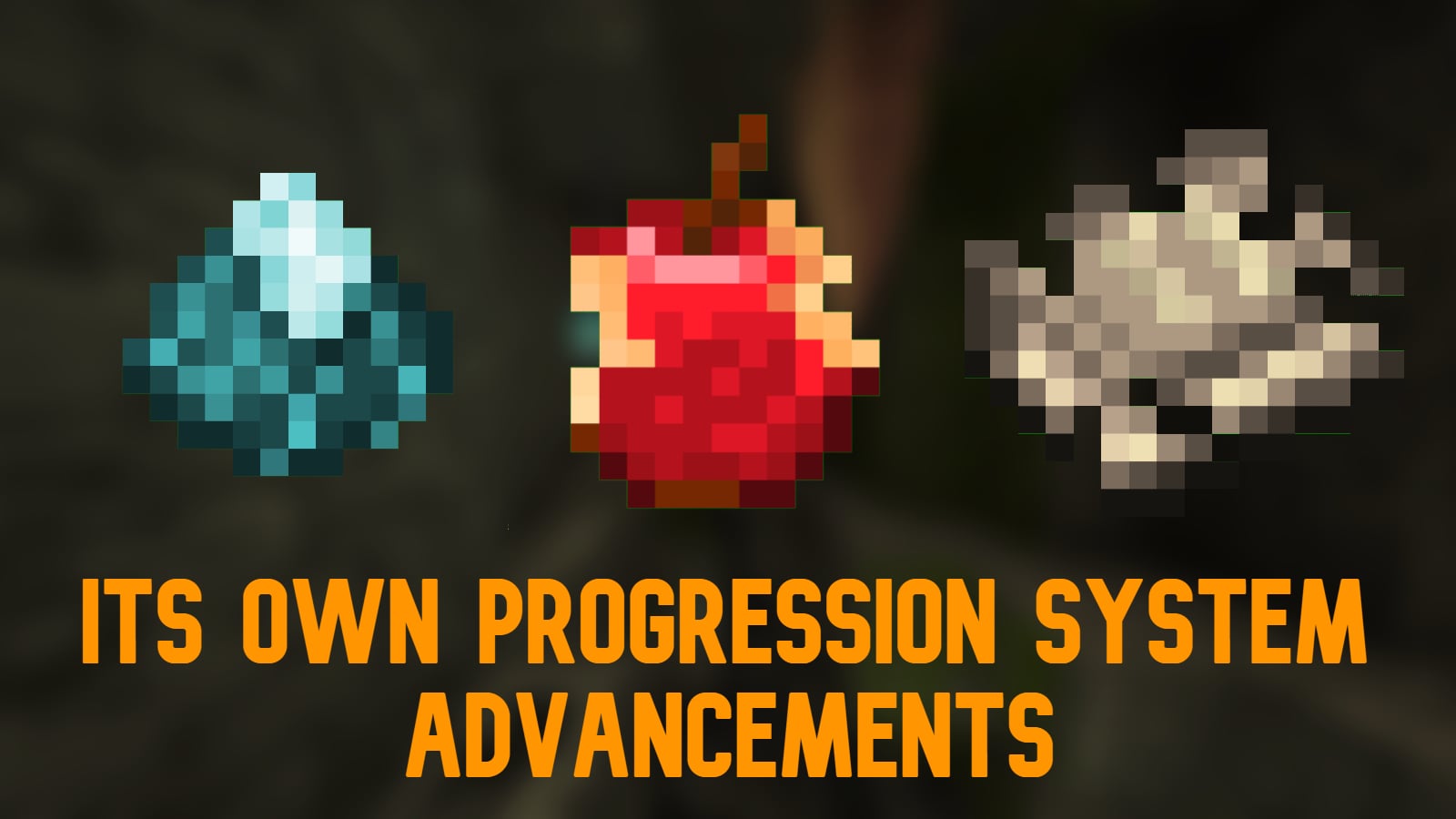 You can upgrade some weapons with pure elements in order to get a stronger and more useful weapon! 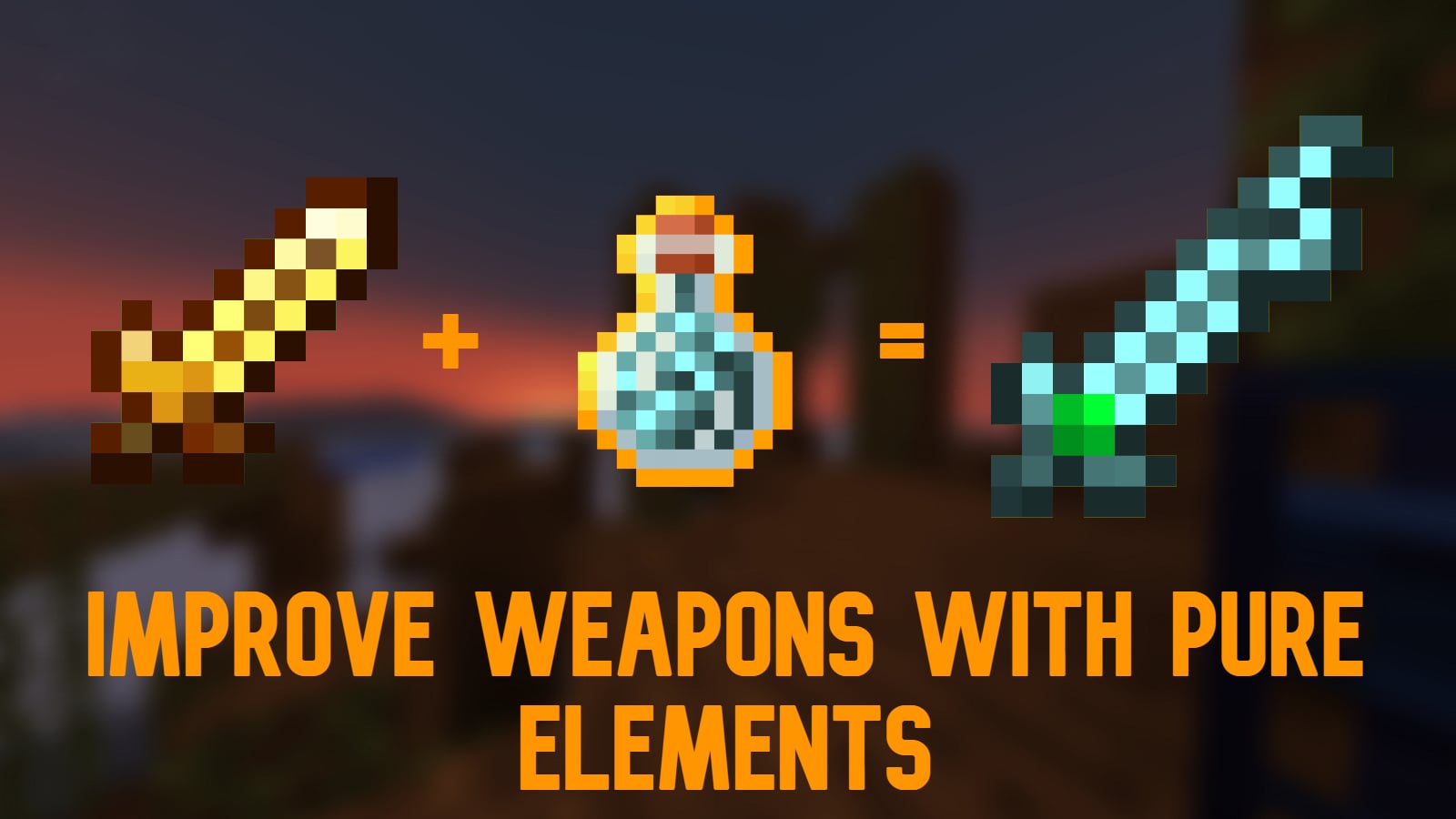 Be careful, when a spell fails the reality marble will be damaged and the mucus creatures will appear from a dimensional rift, defeat it in order to close it! 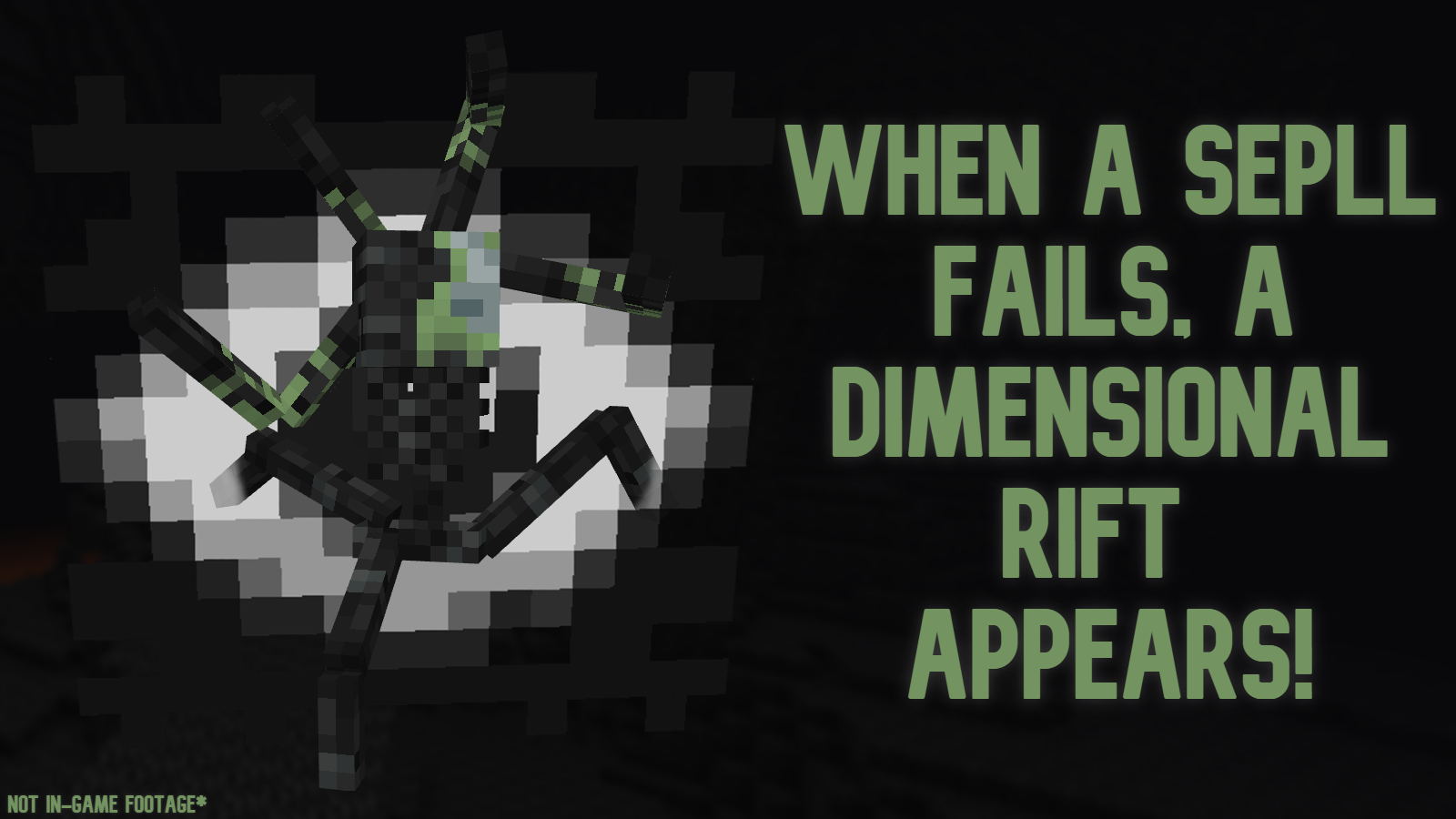 You can get some items by trading with the villagers! 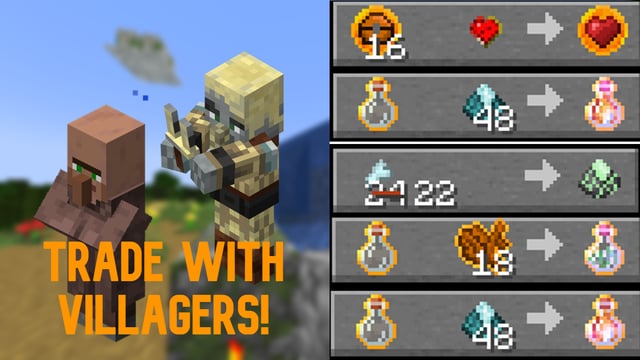 Find the altar and put the Reality Modifier in it, the reality will be unified again and the mucus creatures will spawn naturally 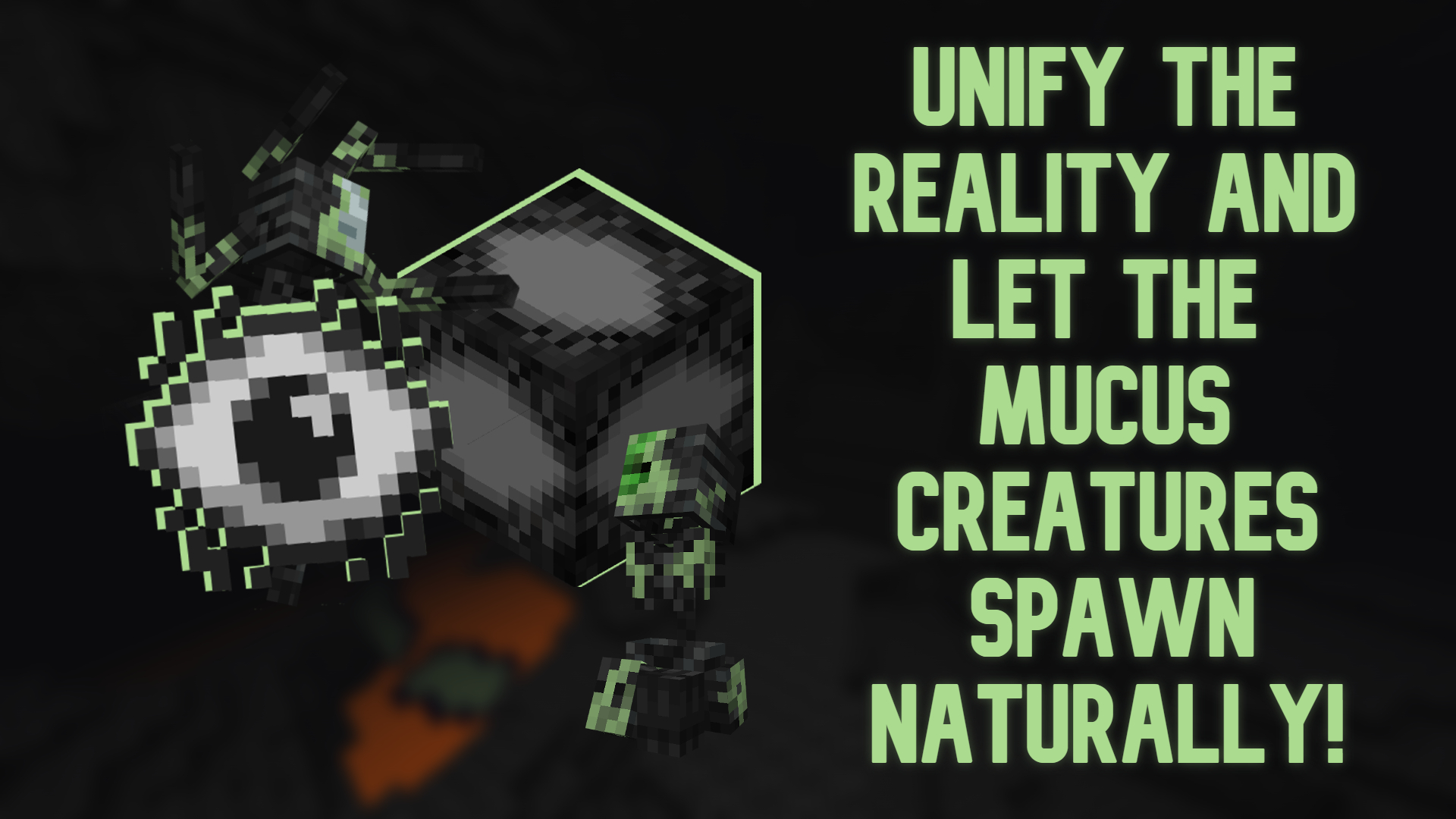 ➰USE JEI IN ORDER TO SEE RECIPES

⚠️THIS MOD IS IN BETA STATUS THIS MEANS SOME THINGS⚠️

⛔​SOME ENTITIES, ITEMS AND BLOCKS AREN'T ABLE TO GET IN SURVIVAL

⛔​THE STRUCTURES MAY HAVE STRANGE GENERATION

⛔​ITEMS THAT DO NOT WORK PROPERLY

⛔SOMETIMES YOU CAN EXPERIENCE SOME LAG 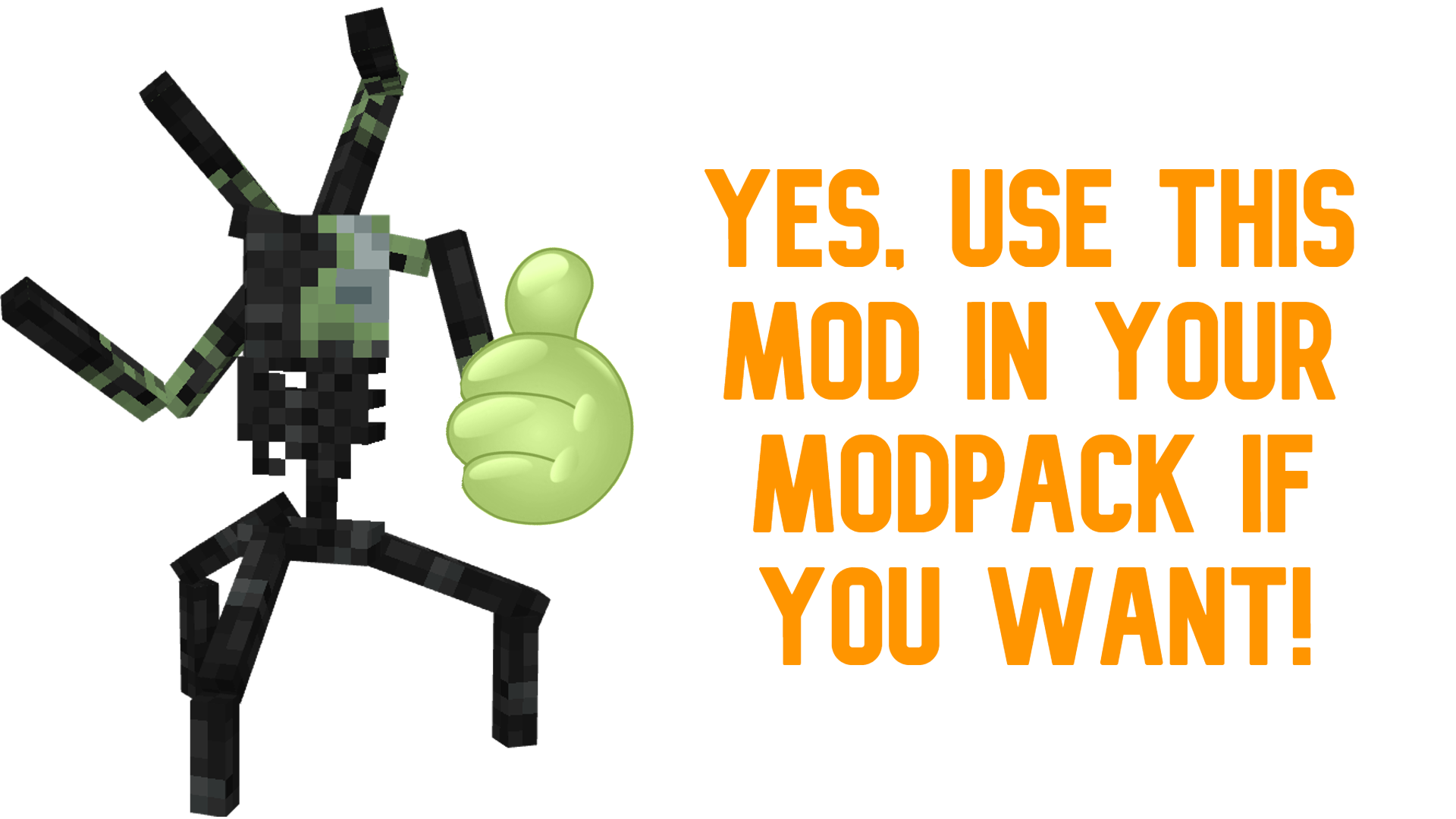 🏰This project is a long-term one, the updates are not going to be as followed as those of the other mods. I just want to ask for your patience please :D🏰 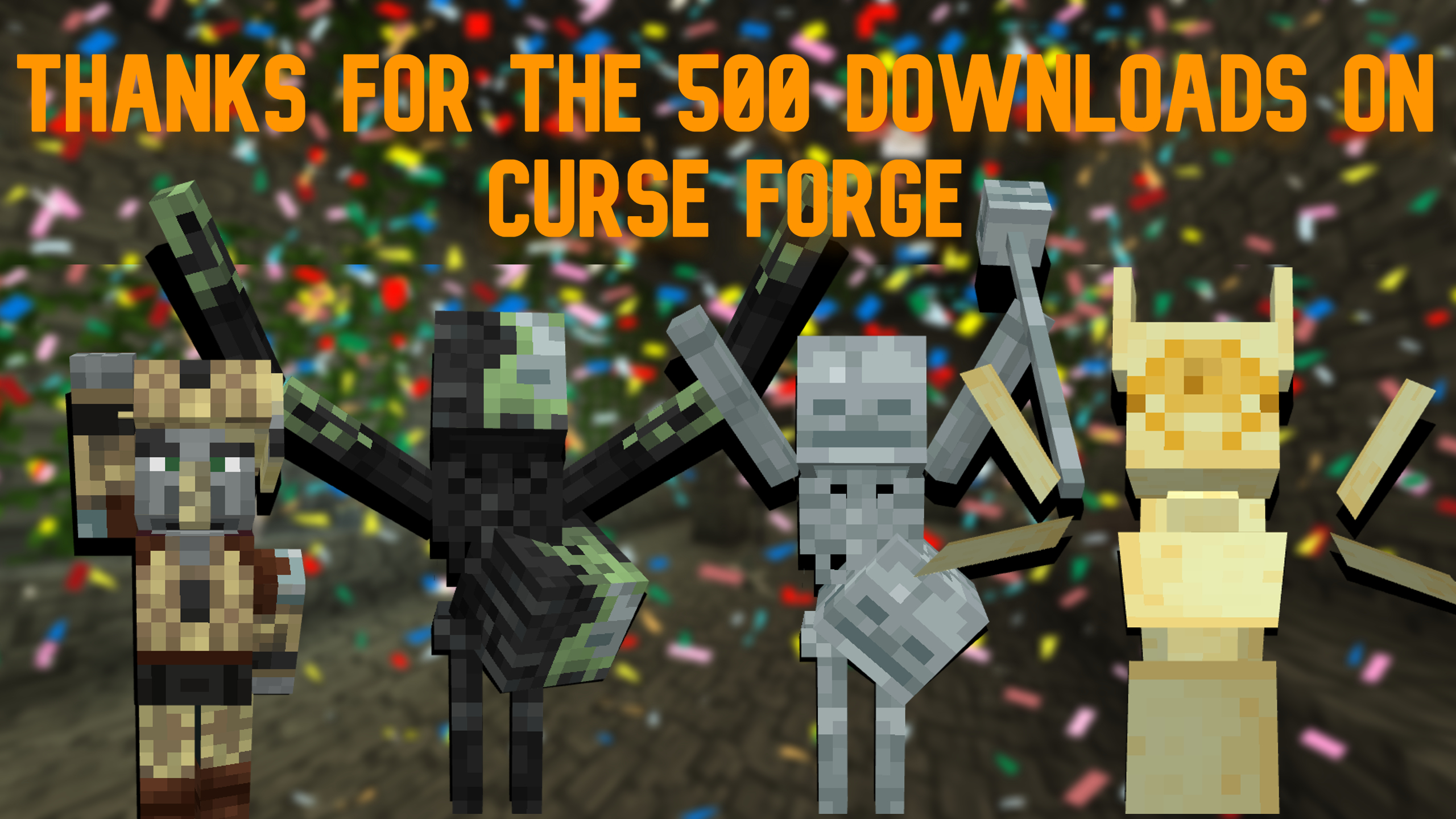 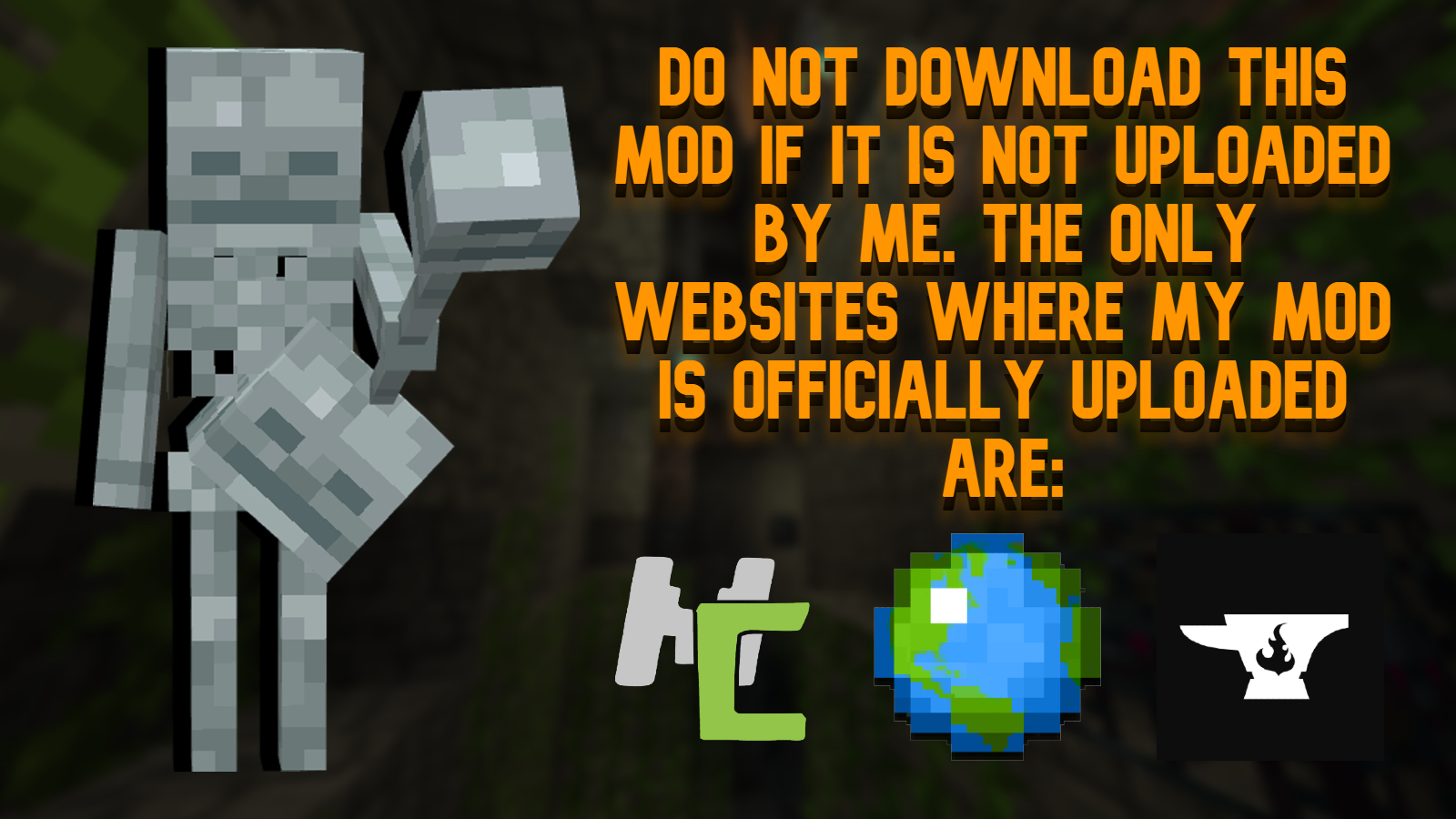 BETA 1.1
-Added Despair Block
-Added ''The attractor'' a low health entity that flies around the (-) and inflicts dark look. After a few seconds
it will despawn by it's own
-Reduced Hearth Token's Cooldown
-Reduced chance to get Hearth Token
-Increased base damage and max health of the grief creature
-Increased health of morbid creature
-Now this creatures can drop a wither skull when dead:
-Grief Creature
-Eaged Creature
-Desastrous Creature
-Morbid Creature
-Added New structure called: Sky Temple where's the new boss
-Reworked Light Critter, It is now an important boss for the progression
-Added heatwave effect, an effect that gives nausea, weakness and sets
the entity randomly, this chance can be increased if the entity has armor on it
-Increased the amount of though rocks spell recieved for the recipe
-Added the elemental container, an item that can contain pure elements
-Added divina cubes the base material for the imbued weapons
-Added Imbued Unreal Dagger
-Added Cloud block and condensed cloud block: Walk on the cloud block and it will break, but if you walk on it with frost
walker it wil become a condensed one, use a bucket to get water by right-clicking the condensed one
-Added recipe for hellmetium
-Added recipe for the soulcatcher sickle
-Changed texture of the soulcatcher sickle
-Changed durability of the soulcatcher sickle
-Added dark essence
-Added soul melter sickle, a imbued version of the soul catcher sickle with new effects
-Added 4 New Advancements (Optional, but recommended Advancements)
-Trying to backport to 1.16.5 (I'm doing my best and it always crashes (java models problem) but I'm not giving up D:)

BETA 1.1a
-Added despair brick and Cracked despair brick
-Added Dark Portal Key
-Added the mucus ticket, an item that allows to the player to come back to the overworld
-Added gloomy wrench, an item that allows to extract the portal key of the cluster
-Added the despair dimension (WIP)
-Added dark spawner structure
-Now emanciated creatures can applyy dark look effect
-Now morbid creature and Grief Creature can leap on the target
-Silverfish hives can now spawn naturally in dripstone caves and lush caves
-Changed some spawners' position in the gloomy ruins
-Added description to some tools
-Updated to 1.18.2

BETA 1.2
This update is experimenting with features some things are not going to be very polished!
-Reduced spawnrate of structures
-Added new advancements
-Added Villager Trades with mod elements (You can get pure elements from that trades)
-Changed Recipe of the Mucus ticket
-Fixed Morbid creature's (yofri's) Model
-Added dark portal key recipe
-Added Despair Block, Bricks, Cracked Bricks Recipe
-Added Mucus Blocks, a block that spawns in negative height, this block applies the same effect as the mucus but if an endermite or a silverfish walks on it, the entity will become into an emanciated creature
-Added new advancements
-Mucus ticket cannot be used in overworld now
-Changed Epitaph Creature's Model
-Reworked Hatred Creature, now it isn't a snowman he's now a death machine that can climb walls an attack
at insane speeds
-Changed Epitaph Creature's Abilities
-Removed glow of cloud blocks
-Added the rotation effect, included in the new epitaph creature's abilities
-Added desert pillager patrols
-Changed the combat system against the light critter, now it spawns 2 runes that make it invencible, you will need to break them in order to deal damage to the light critter, also its health got reducede to only 130 and lastly the thunderstrike attack removed
-Fixed some item's name errors
-Buffed Eager Creature, Now can spawn attractors and grief creatures, the minimun distance to the player for boosting himself was increased, but every time it uses a spell it will recieve damage (Dark spells!?!?!?!?!) and lastly it is now immunne to lightnings, fire and explosions
-Added a sound when the light critter spawns
-Fixed a bug with the elemental container
-Added custom sounds for some entities
-Morbid creatures attacks faster
-Epitaph creature has a neww ability, this ability allows to teleport the player to it to prevent them from running away
-Epitaph creature cannot disable the target's shield now
-Loot tokens now have a chance to grant experience instead of items
-Fixed that epitaph creature's falling attack despawns items nearby
-Changed epitaph arm's model

-The Dark look Effect instead of applying cooldown to the object in the off-hand now it won't let the entity recover hp
-Added divina staff, a staff that summons spectral arrows when the projectile collides with a block or with an entity
-Changed despair peaks biome generation
-Added dimensional rift, an unkwon object that summons entities from another reality, this boss fight can be summenod when a spell

-Nerfed the dimensional rift and the lying creature (reduced applied dark look effect time and area)
-Increased cooldowns of the divina staff
-Added more area of spawning for the arrows of the divina staff attack
-Increased damage of the soul melter sickle
-Despair Cluster now has the utility to enable spawn of the mucus entities in the overworld (monster spawning type)
-Now the mucus will dissapear after a few seconds
-Despair Blocks can now spawn in overworld deepest caves
-Added new advancements
-Now the gloomy rod cannot shoot constantly
-Now if an entitiy has the Hellmetium on and gets attacked the hellmetium will set on fire all entities around
-Added emanciated creature eggs
-Now when an emanciated creature kills anything it will place eggs instead of spawning another emanciated creature
-Now in order to use any staff/rod you need to have dungeons explorer achievement
-Added the ancient pebble an item that attracts all the experience orbs nearby
-Added a new attack to the soulmelter sickle
-Upgraded structure generation
-Fixed pig spawners in some structures
-Added a new structure where's the despair cluster
-Changed recipe for the Reality Modifier (Before Dark Portal key)
The development will be paused for a while after this update for some personal issues, Hope you understand it.

BETA 1.2b: I make this panic update due the mucus creature spawning bug sorry for not realizing it sooner
-Fixed bug that mucus creatures spawns naturally
-Added the despair dimension epitaph
-Improved the texture of the genesis apple
-Added and changed some villager trades

-Changed the spawns of the dimensional rift

I don't think so but I hope so

Thank you so much :D

You should submit for MOTW

Thank you so much :'D

Great job man! I knew you could do it!

This is cool, I like the Petrified Hermit Skeleton and The Real Gloomy Skeleton about the Model, Texture, And boss fighting it's so cool. Good job! Also, Congrats on MOTW.