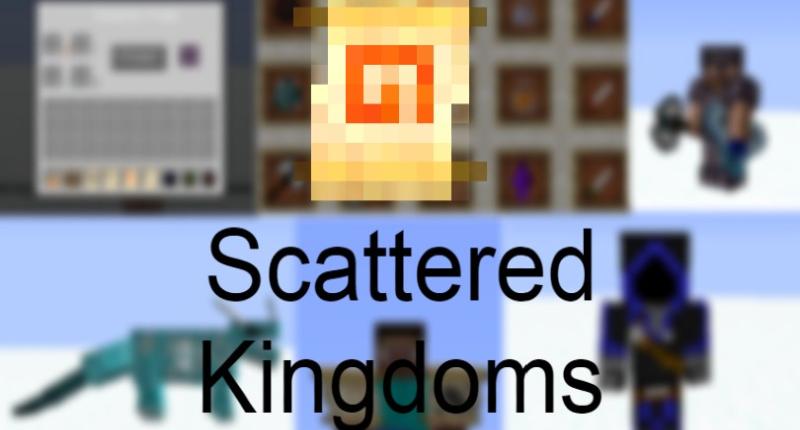 This is the first mod I've ever created. I know there's not a lot of elements in this, but I plan to add more soon. If you would like to leave any criticism or suggestion feel free to do so in the comments.

The stuff in the mod:

Air essence- causes you to float up and then glide down

Fire spell- shoots a fireball in exchange for some XP

Lightning spell- lightning will strike you

Rare crystals used for many things. They are the backbone of spells

Necromium block- it doesn’t really do much

The new weapons all have a unique ability

Battle axe- a slow weapon that deals high damage. It will slow and weaken the receiver if you are sprinting

Frostbite bow- Takes in normal arrows, but shoots arrows of ice that freeze the target. However, it has less power than a normal bow and an extremely low durability. You need permafrost to craft it.

Dagger of strength- deals damage equal to your health

Dagger of luck- deals either a low or very high amount of damage. You need a clover to craft it.

Dagger of desperation- the lower your health, the more damage it inflicts

<insert stuff about mobs in general>

Essence hunters- lives in a lookout tower, non hostile, and the only way to get essences. You can trade with them by right clicking

Frostjaw- a creature living in snowy biomes that drops permafrost. It will freeze you if you touch it.

okay, ignore this. It sounds stupid

Seems a cool mod, but could you add a few more images?
And the Dagger of strength seems a little bit overpowered (if you have full health you can one-shot almost everything), maybe you could make it be a bit more powerful based on the user's health (and not making it deal damage equal to the player's health)

Thank you for the feedback. I will do that