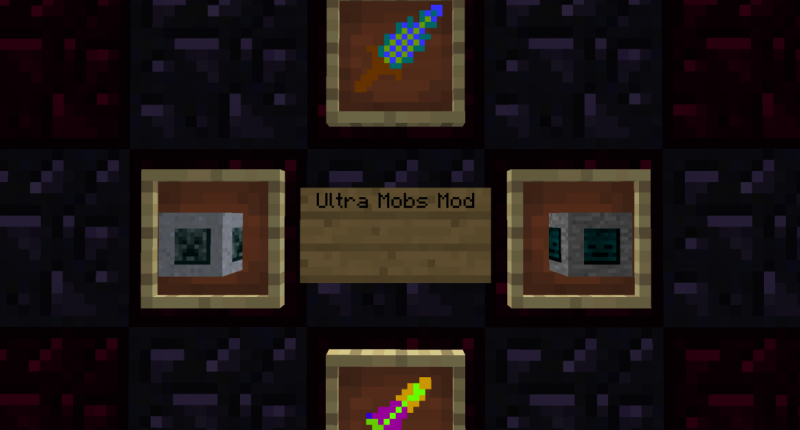 This is the second time posting this mod, due to it being deleted once. I got that most likely resulved, with me discovering that it might of had to due with the picture. Anyway, this mod adds in a bunch of mobs and bosses. It is full of surprises. Feel free to do a mod showcase. You don't even have to leave a link for me to see, just give me credit. I have spent a little while on the textures for the next update.SECRET UPDATE!!! I decided to update early. Feel free to rate the mod what you see fit. Also be sure to subscribe to my youtube channel, where I might do sneak peaks of the new versions of my mods.

5. Ghostly Fire - 460 hp, Strong, Defensive, Leaves fire where it lands after leaping into the air.

Try to find them all!

This is v 1, so it is slightly small, but I have plans.

Credit Goes to Slenderman5 AND OR GamesRuleYears

Unfortunately, MCreator deleted this mod from existence in my workspace, so I am unable to update this mod ever again, unless I download a clean copy of MCreator and completely start from scratch. Sorry for the inconvenience. I am unhappy with the way MCreator is starting to be. They are refining stuff by adding errors. This is completely unacceptable in my opinion.

If you want villagers to spawn in your town schematic, why not create a button/painting-looking-item that when rightclicked summons a villager then dissapears?

It could also be crafted, that way you could also make your own towns... :D just suggestion.

Also, mind if I suggest a boss that can shoot projetiles/fly?

@#1 I found out later they actually do. I didn't know exactly if they did or not so I had just assumed that they didn't. Later on, I spawned in a superflat world directly next to it. I was amazed because it is so incredibly rare. It did in fact have the villagers. I also can't seem to get my structures to spawn the spawners nor can I get them to spawn the boss spawner. I will also take your first suggestion into consideration and will definitely do the second one about the ranged boss.

GamesRuleYears Just to tip you off, If you set a mob's health to be over 1024, it doesn't actually work, it just goes back down to 1024, I've had that problem, so hope that "helps" you.