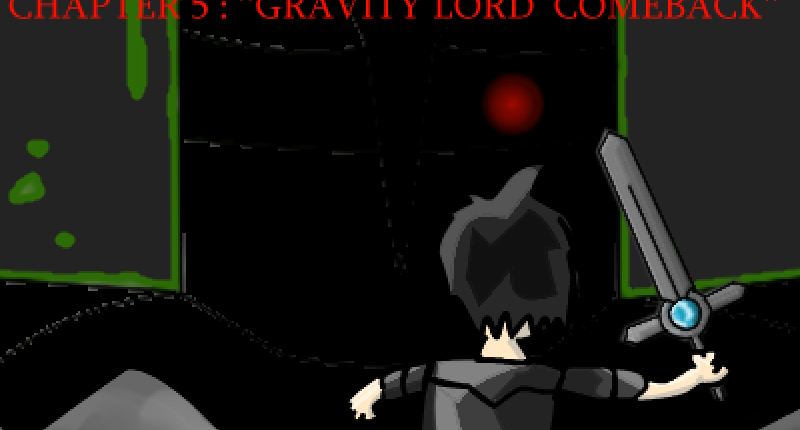 I've been taking a long break, but now finally the newest version is here. This version haves nothing to do with the actual story. Consider it like an update just addin random stuff.

Version 0.06: Modern Warfare. Well, Everyone loves explosions, modern warfare, explosions and explosions... But mostly of all: Explosions. That is why in this update i bring you

10 New Freaking Guns!! They're all rocket launchers and upgradables too. This version adds a total of 15 new Mods. Missiles (Ammo) Rocket Launchers and Gattling Rocket Launchers (Does 3 times less damage, and less explosion power, but they fire freakin fast) Hope you enjoy this!! This would look good with the Modificable Suits mod (Don't remember the exact name)

Note: Those rocket launchers are made to Destroy Bases, etc. Not pretty much for killing stuff. This current text color: Introduction and stuff, You can ignore this.

Hello, my name is seth5443, blah blah blah. i present you my awesomest mod by far i've made. Also i know you will like it coz of awesome textures lel

In your world: there will be a new plant; Pixel Plant, an plant containing the power of life, You can break it to obtain 1 pixel. Pixel are like compressed energy shards, You can put 9 in your crafting table to create an bigger pixel, Example: Pixel is first, Mega pixel second, Giga Pixel third, Omega Pixel Fourth, Tera Pixel 5th and finally Peta Pixel is the 6th and last one.

you can also find pixel blocks while mining. they give 4 pixels each one and you normally find a vein of 4-12 pixel blocks

For what are pixels? For potions, and upgrading your stuff..

To view recipes you will have to use Not Enough Items or an mod that shows you the recipes.

A Screenshot, Just to get you a little bit more interesed Screenshoot of the V.0.03.5, I am wearing armor, these guys behind are undead gravity soldiers, and that weapon throwed is the Gravity Lord Axe

+Added a better picture 100% Made with Clipstudio Paint

The red one is called ''Improved Healing Potion'' It restores 4 Hearts instantly, and gives an regeneration effect (Lv 2) for 30 Seconds.

The Violet One Is called ''Vitality Potion'' It doubles your Health. For 300 seconds

And the Green one is called ''Energy Potion'' It increases your speed greatly, Jump ability and Mining speed for 300 Seconds

+Added More pixels: Tera and Peta. They have no current use. (Gosh i sure took a time making the Peta Pixel Texture)

+Added an LOOOOVELY Block: Mine Trap: It explodes once you touch it. You can use it to troll your friends. Its a little bit buggy though.

+Added an stone/crystal, whatever you call it, that you can upgrade up to 5 Times. It gives an protection effect when right clicked.

+Added an electrified Blade, My first animated item. Does like 2-10 Damage, im not very sure. Casts an lightning when right clicked on block.

Gravity Soldier Sword: An sword that the undead gravity soldier haves. You can change its looks to 1, 2, 3 , 4 and 4.1

Metal Bone: Used to open the portal to the Undead Tyrant Dimension. I dont know why a bone...

Gravity Adjuster (Heavy): When stepped on, You become ultra slow, And you are so heavy that you can't jump. (Pressing spacebar repeadetely can make you walk faster, lol.)

Pixel Block: You can now get pixels by mining these blocks.

Dimension Channeler 1 (BLOCK) : Put these blocks in a nether-portal shape and right-click with the metal bone to open the portal to the undead tyrant Dimension.

New mob: Undead Gravity Soldier: These guys might be pretty strong and have a lot of health at the beginning, but after you get some of their pixels, and craft a set of armor and weapons, they're going to be like normal enemies. Though they still have some tough HP. They have 100-150 HP And does 6-14 Damage.

New Armor: Gravity Soldier Armor: the same armor the gravity soldiers have. They will grant you a real good protection. The Pigmans attack will even tickle.

New Armor: An dev item: The prinny cap will grant you the biggest protection. Creative only.

Changes: The Red Herb and the ice flowers are now rarer. Also the Electrified blade is now identified as a sword and no longer as an item. (It will now show its damage and it will have the same properties as a sword)

+Added Aurum (Gold in Latin): An sword that its upgradable till Tier 4. Its not one of the main weapons of the story. Haves nothing of special.

+Added Fatum (Its meaning its kinda like: ''Weird'') An... Spear or shovel... That can be upgraded to 2 Tiers. Fatum and Giga Fatum

+Added Thunder Staff: One of the main weapons of the story, Upgradable 5 times. Its the most op weapon for now (i think)

To create staffs you need a basic staff.

+Added Basic Staff: does nothing. Just spawns a particle thats not visible on a block. Only on a plant or a small model. Used to craft other staffs

+Added Indestructible Blast Block: It takes ages to mine.. and its really resistant to explosions

+Added Gravity Trampoline: When stepped, gives an awesome jump effect for 1 second. Its uses are only meant for parkour and dungeons.

V0.04.1 Very small update. Not showing textures this time cause only 1 new one was added

+Added a new potion. Fish Potion: Makes you a little bit hungry, Gives you water breathing (Well now, thats an useless potion) But atleast it is pretty cheap. (to craft)

+Gaea Hammer now does actual damage (._.) And its damage is now shown too. Its also now classified as Swords so you don't break anything in creative

+Added an new troll item: Totally not Death Note: Coz your character is retarded, you will write your own name. (Creative only, Can be found in dungeons im going to add in the future) How it works: Sets the player in survival mode and deals 5000 Hearts (10k Damage in total) to instantly kill it.

+Added Gravity Teleporter (Spawner): An block that its pretty tough to craft, however, right clicking this block will produce an lightning, and also spawn the Gravity Lord. Go for it!

+Added Gravity Lord (BOSS): Haves 1000 HEALTH!! Thats an challenge! well.. its probably going to be easy if you are using an overpowered mod weapon thingie... Or using Strenght Potions or something... However, this dude is pretty fast, and also his attacks does 65 Damage (20+ Hearts) per hit.  Tough Boss! If you defeat him, he will drop a Teran Gem. He gives a heck of a lot Exp (1k) He does not look as cool as the draws though. lol :9

Bugs: Gravity Soldier Armor is called Gravity Lord Armor for a reason. (There are 2 armors with the same name, but different properties)

awesome art for all your stuff, also i like the idea of pixels being used, they are kind of like the fabric of reality for games.

@#2 Thank you very much XD, Just if it was not specific enought, Pixels contains the power of life, or energy of life (w/e) and it can be used for many things.

you must be some kind of artist for those textures! and nice job of making the alchemy in your mod new and unique.

btw you spelt 'arrives' wrong in the title

@#4 Yes iam, i focus a lot on the textures, its really fun to do. And crap! im sorry for that XD I really do not speak english, i learned it all by myself by traducting the words one by one... Well, Thanks for telling me

O.O What!! those are one of the best textures i've ever seen! keep making mods there great :D

@#6 Ill sure do. But this will probably be the only mod ill be working at.

Can you do some textures for my mod?
if so then email mee mtndewmee@gmail.com

@#8 Hello monkey psych. In the V0.04 New armor will be added that will protect you.
It will probably be released in 1-4 days