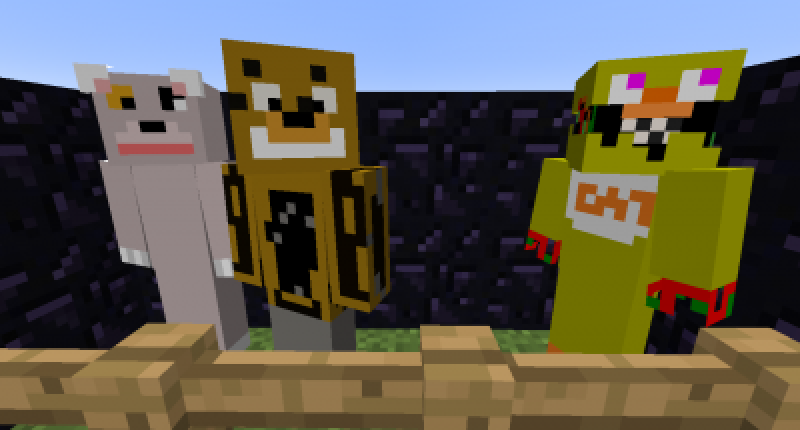 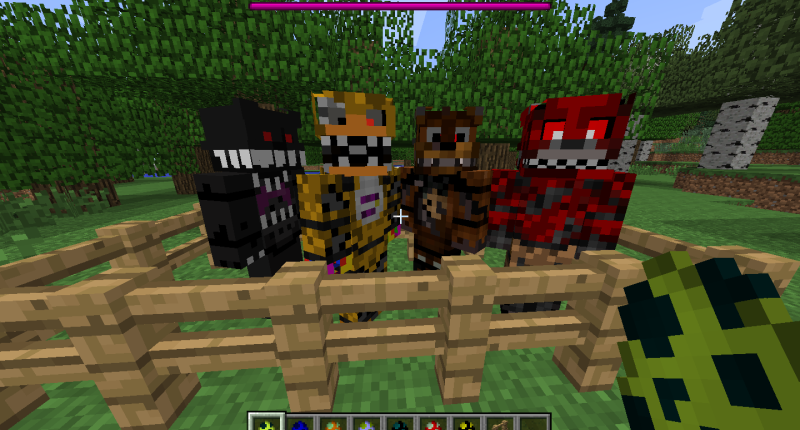 Nightmares (Some of them)

Its fnaf all character almost

spawn eggs for all animatronics

some are bosses like freddy or the shadow animatronics

updating i have to do

I might just use the freddy skin i made with mcskin3d

until it stoped working

I use a different program now

I know i missed some animatronics so im adding them!!!!

Bugs i know about

Im going to release a new fnaf mod for 1.8 I will use most of the same textures.

But that will take a while as I have other mods in mind.

The next version will have fnaf world.

Fnaf mod 1.8 is near finishing

Why is it taking so long, because I had a computer change and had to move the textures to my new computer, also because this upcoming version is a lot bigger. Finally because this is a complete remake.

@#1 What do you mean redstone sucks IT'S AMAZING!!!

@#1.1 i agree with you. Redstone is amazing. You can do so many things with it.

@#1 What do you mean redstone sucks IT'S AMAZING!!!

you are kindly supposed to add aLL the animatronics, since this game represents 'em all.

@#3 Good idea, except I cant work on this anymore because Mcreator 1.7x has stopped working so I have to use 1.8 I am making a new version of this mod though.