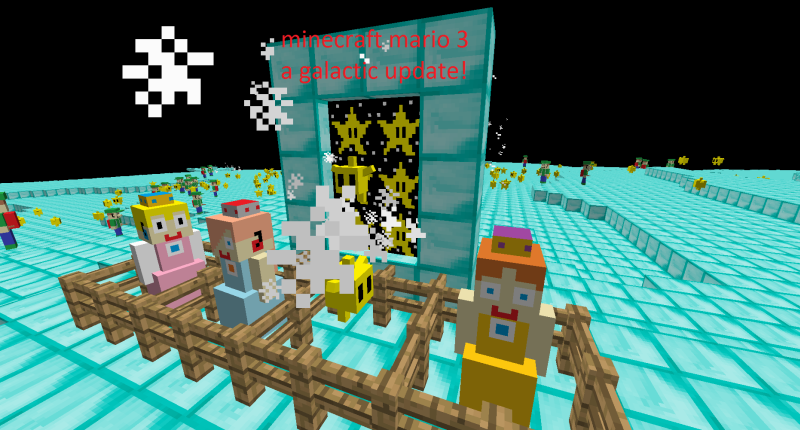 kill bowser for peach in v3! 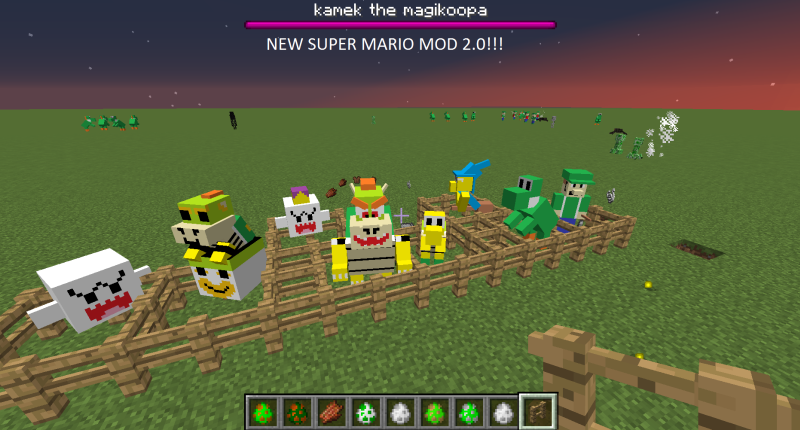 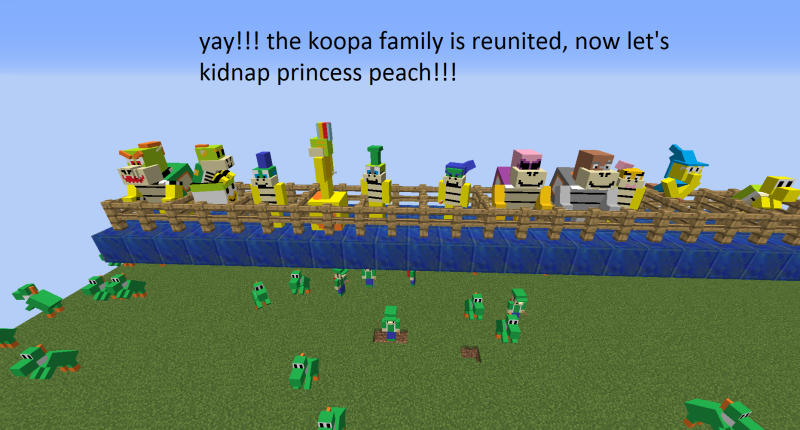 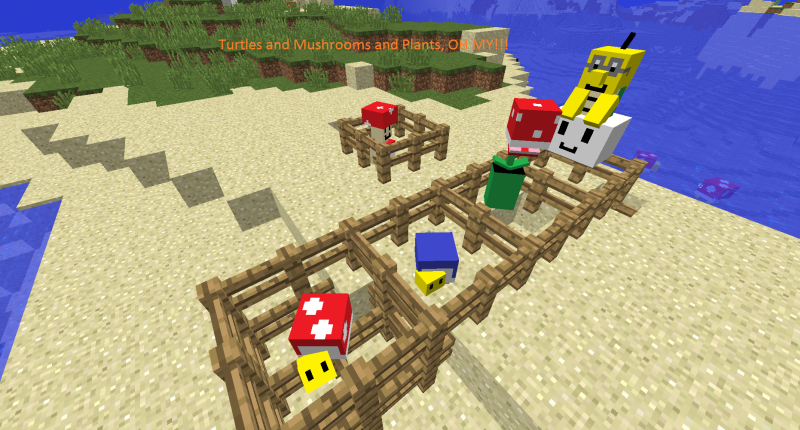 this mod adds well... all things mario i guess. (all added objects are shown in the video)

v2 that plus the koopalings! (bowser jr's step-brothers/step-sister)

v3 adds the 3 princesses, peach, daisy, and rosalina. to get peach, kill bowser whom kidnaped her, she'll give you cake! a new dimention, the galaxy made from a diamond portal and access it by puting a beacon in a furnace, getting the portal star. THERE YOU CAN FIND LUMAS!!! that place is only for the rich!!!

v4 more common charecters that i should have added a long time ago are finally here. these include cheep-cheep the fish, bob-omb, piranah plant, toads (that act like villagers), lakitu, spinys for him to toss and buzzy-beetles. bowser is quite aggressive against toads.

hey guys!!! how do i figure out how many downloads i got?

@#1 It says it underneath where you download your mod.
Also nice models!

@#1.1 ok, thanks, made the koopalings by the way (for the next update) and the cheep-cheep, the bob-omb and the piranah plant don't work yet. v 3.0 coming soon ;)

just wondering, how come i can only post 5 versions and 4 pictures per mod?

Hey man, nice mod. how do you make the custom models?

Awesome mod! But the only issue is for some reason i can download mariomod , 8, 9, 11, and the other links are glitched and i cant click them. but the mod is awesome!

This mod looks so cool

Good mod but... Princesses scare me