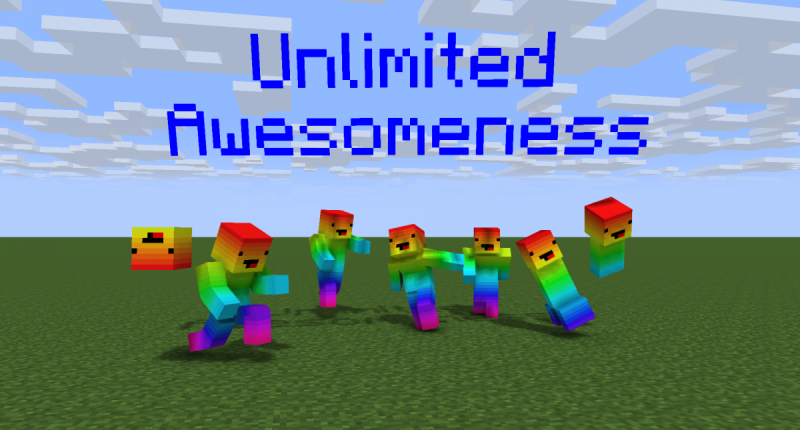 This is the modpack with a lot of MCreator Mods no matter the size, attention, views and downloads, popularity or success.

Some Essential and Important Mods:

There are some rules to the modpack that must be addressed.

1) Minipack -      These are the mods that can't work properly in the main modpack, so they're in their own modpack which is tiny compared to the main one.

2) Clashing Mods - These are the mods that clash with each other. They still work, just not with certain mods.

3) Just In Case -  These are just some other mods I put in just in case you wanted to try and put them in the main modpack.

4) Modded Murp -   These are the mods that have changed the texture of or removed a mod element from another mod. They can also rename things too.

5) Vanilla Murp -  These are the mods that change the texture of a Vanilla MC texture. (they don't remove anything)

Any mod that has 0 Data will be deleted.

There are mods out there that add pretty much the same thing like adding emerald armor, lapis tools, etc. NoMoreRecipeConflict should resolve it so you choose what to craft.

There are some mods that may change a Vanilla or a Modded Texture. I do not intend for this to happen and so they are in a seperate folder in case you still want to use them

This takes a long time to do. If you have any suggestions for some things like mods, modpacks, videos, etc just say so in the comment section.

Hope you all enjoy the modpack. Your adventure awaits...

add a pikmin 3 mod pleas? If i could i would i just have trouble creating mob textures.

When you mean mob textures, do you mean both textures and model? I can do both.

@#2 yes. i usally make blocks and put them on the viperfangs skin.

NEI is used with JEI now.

Nah. I am talking about that you need JEI to run NEI in 1.9 and higher.

Hey guys, I'm feeling a bit down and sorry for the wait, my laptop is I'm the works getting checked for any hazardous viruses... Everything will continue smoothly when I get my smile back on my face. :(

Do you think that Not enough ids can fix the uncompatibility of my mod?

@#8 Not Enough IDs would be good for higher versions (1.7.10 and 1.10.2). I have checked it out, it's a great mod, however it is for higher versions, besides I haven't even started on 1.7.10 (That may take months to do, and I had another modpack idea that may take months to do). Few minutes ago I have looked into MCreator Mods for 1.11.2 and I will see if it works properly.

Thank you for telling me about this mod though, I really appreciate this.
:D :) (: C: c: