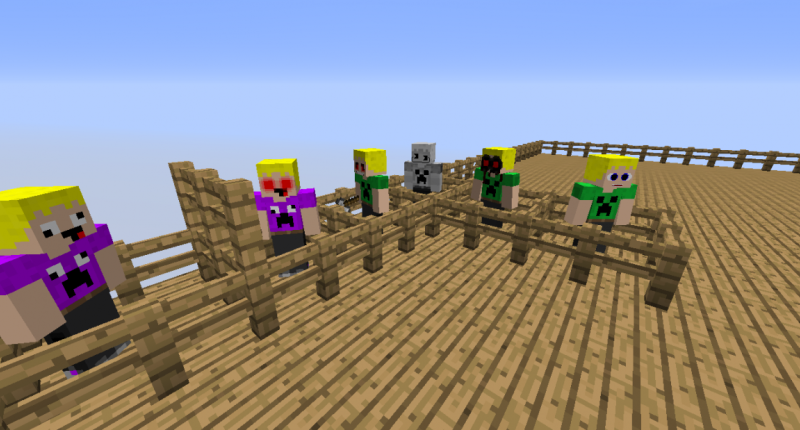 The mobs in the mod. From left to right, they are: Dermernt, Dermernt.mpeg, Dement.exe, suicidemouse.avi Dement, Squidward's Suicide Dement, and BEN DROWNED Dement. All except Dermernt and exe are non-canon and reside in Non-Canonia. More details in the description. 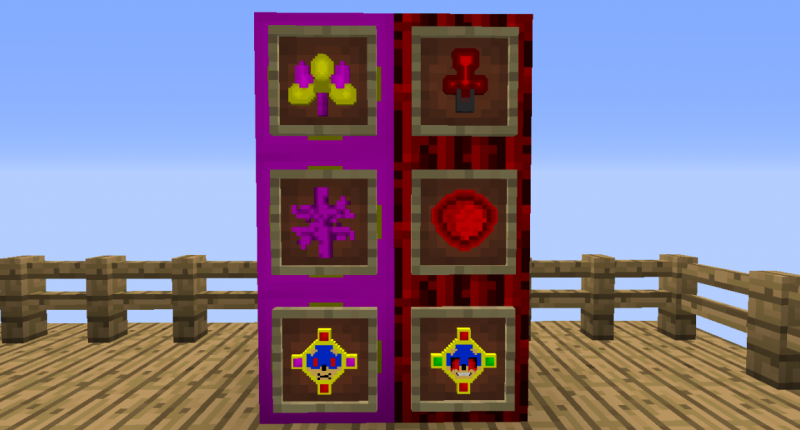 The items so far. From top left to bottom right, they are: Portle Geter, Non-Canon Portal Igniter, Dermerntium, Non-Canonite, The Amulet of mpeg, and the Amulet of exe. More details in the description. 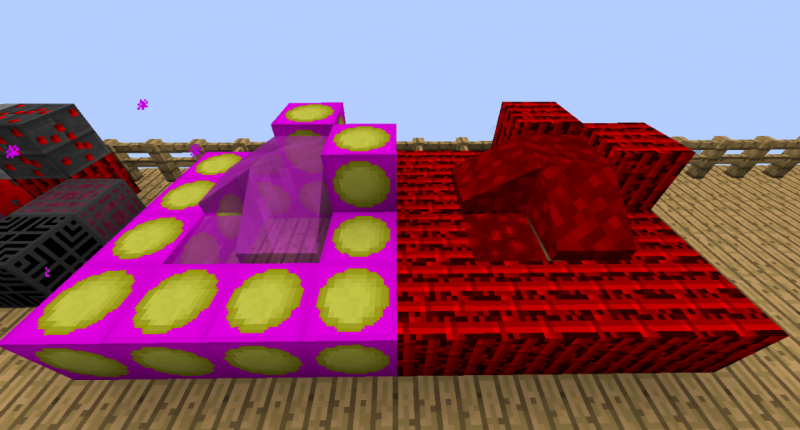 The fluids. From left to right, they are Dermernt water and Non-Canon Fluid. They are found in the Dermerntion and Non-Canonia, respectively. 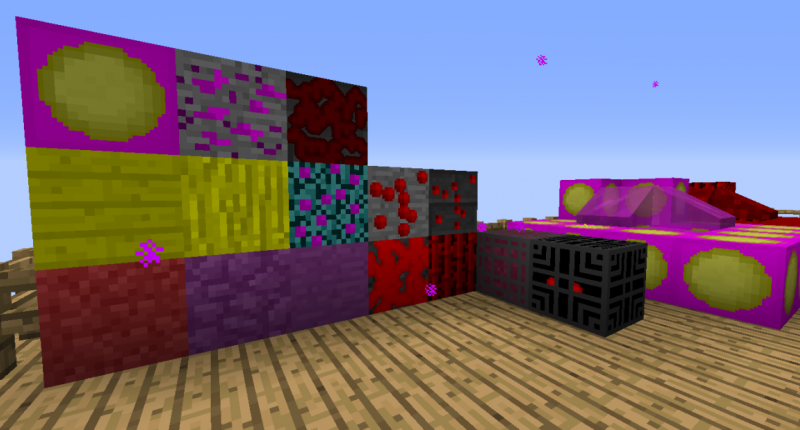 The Dermernt Mod: Remade is basically just a remake of The Dermernt Mod, which, well... blew up? Long story short, Minecraft kept crashing and I didn't make an mcr file and tried deleting it, not knowing that a jar file won't work and-and-and-and-and... and... and... Short story even shorter, I was an ignorant meatsack and had to reinstall MCreator. Now, before you start telling me that I could've put this in the original, these are completely new mod elements here, and something might just go wrong if you replace the original with the remade. You can find the original here: https://mcreator.pylo.co/modification/37517/dermernt-mod

Here are the things different from the original:

*Remade textures! Finally got myself to use 32/64-bit textures. I realised as of uploading this how I can use this to make something REALLY CREEPY. *cough cough* BEN DROWNED Dement *cough cough*

*Remade blocks! Uuuuugh, this took awhile, but it was worth it!

Still don't know how to put crafting recipes in the description, though. :P As for info on items and mobs:

Canon (with the exception of mpeg):

Dermernt: Our prototype clone, which accidentally cloned himself multiple times and made a new dimension for himself. Can be bread with bred and will drop 1-2 deadbushes and sand (rarely) upon death.

Dermernt.mpeg: What would happen if Dermernt had an exe-clone-esque accident himself. He resides in Non-Canonia, and can be summoned using Mpeg's Cage. He wields a consistenly regenerating wooden axe, and uses it as a projectile. He drops the Amulet of Mpeg upon death.

Dement.exe: The third clone that Endros and I made. Long story short, Endros was playing creepypastas during the cloning process, and Sonic.exe infected the chip in the clone's brain. They say third time's the charm, but I dunno... Anyway, because of its weight, exe cannot throw his axe, but deals more melee damage. Killing him will result in him dropping the Amulet of Exe.

Non-Canon creepypasta clones: What would happen if Endros played/watched another creepypasta besides Sonic.exe.

suicidemouse.avi Dement (avi for short): What would happen if Endros watched suicidemouse.avi instead. It moves slow and does only 2 hearts of damage, and drops some ghast tears and a skull (rarely) when finally freed from this mortal coil. Also note that it sings "Steamboat Willie" when killed. Probably 'cause it's so happy that it's finally dead.

Squidward's Suicide Dement: What would happen if Endros watched that weird lost episode of Spongebob Squarepants. It moves about as quickly as avi, but deals more damage and has more health. When killed, it drops some ink sacs and a skull (rarely).

BEN DROWNED Dement: Again, what would happen if Endros played the BEN DROWNED cartridge. I don't know exactly how, given that we don't have an N64, but he would find a way to. Anyway, the slowest-moving and the lowest health (10 health) of the three, it makes up for this by dealing about 20 damage, which is a one-hit kill if you're not wearing armor. Although, we haven't tried testing it with armor, so I might be wrong. When killed, it drops one or two (or zero, if you're unlucky) water buckets (you know where I'm going with this, don't you) and a skull (again, rarely). [IRL's Note: It's looks are based on the Elegy of Empiness from Majora's Mask because there was already a hollow-eyed, red-pupiled, bleeding-eyed creepypasta clone and I didn't want to be redundant.]

Portle Geter: Self explanatory. You build the portal with Blocks of Dermerntium in the same shape as a nether portal.

Non-Canon Portal Igniter: Also self explanatory. You build the portal with Blocks of Non-Canonite in the same shape as a nether portal.

Dermertium: Mined from Dermerntium Ore and used to craft a Block of Dermerntium. You need 9. No smelting needed.

Amulet of Exe: We haven't found a use for it yet, but we're getting there!

If any of you would like to submit their non-canon characters into Non-Canonia, feel free to message me in the comments below. I might just put it in there. No promises though. ;)