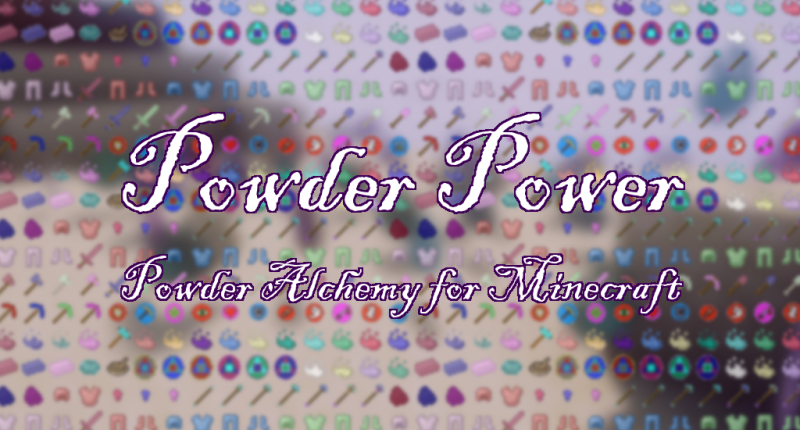 In a nutshell, this mod is intended to enable players to gain enchantments for armor, tools, and weapons and potion effects all through mining and crafting.

Powder Power utilizes very simple powder alchemy, done in a Vanilla Crafting Table, to unleash the power of most of the resources already in Minecraft.

This mod adds nothing to worldgen.

By combining these powders in different ways, you will be able to create (4) new elements to work with: Redium, Lapium, Gemium, and Trilium.   These new materials allow you to create armors, tools, weapons, foods, and magical items that will give "plain old vanilla" Minecraft a whole new flavor.

All recipes are in JEI, which is highly recommended.

No new machines, altars, rituals, or rain dances are required.

TIP: Make an Alchemist's Hammer and use it to obtain powders by right-clicking on ores and other blocks.

This mod looks so cool!

This is the most interesting mechanic from an Mcreator Mod I've ever seen.

how do you make something similar to the alchemists hammer

The mod looks so cool, I just can't wait to try it out!

you surely put a lot of effort into this mod really good :P

How to make a shield ?

congrats for the weekly best mod

first off nice mod second how do I use the wands