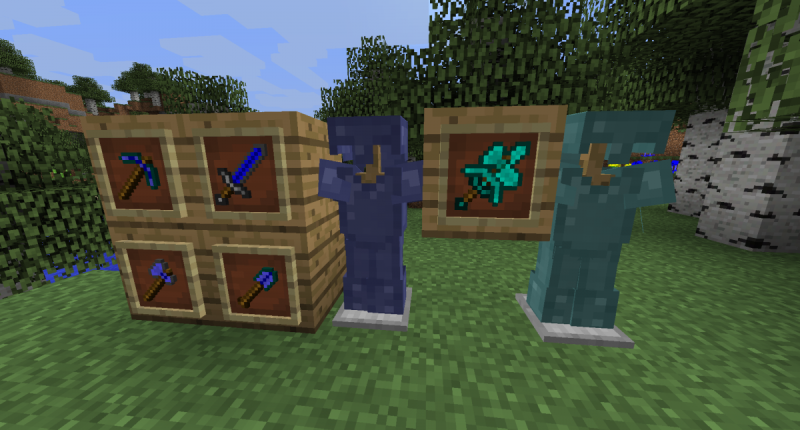 Tools added in this mod

Rengous mod adds a new ore called "Ferrazul" which you can only dig whit a diamont pickaxe, ferrazul allows you to create tools. This mod also adds a new tool which is a multi-tool called "The Supreme Tool" and armor called "The Supreme Armor". There's also a plant that if you put it in furnace you can make a liquit of it and craft whit a bottle which makes a drink that if you drink you get strengh for 30 seconds. In future updates you'll find a new mob, dimension and biomes!

This mod is in Beta version and if you have any ideas how i can make it better i'll read it! (sorry if i wrote something wrong, english is not my native language)