The War of the Worlds (Jeff Wayne musical) 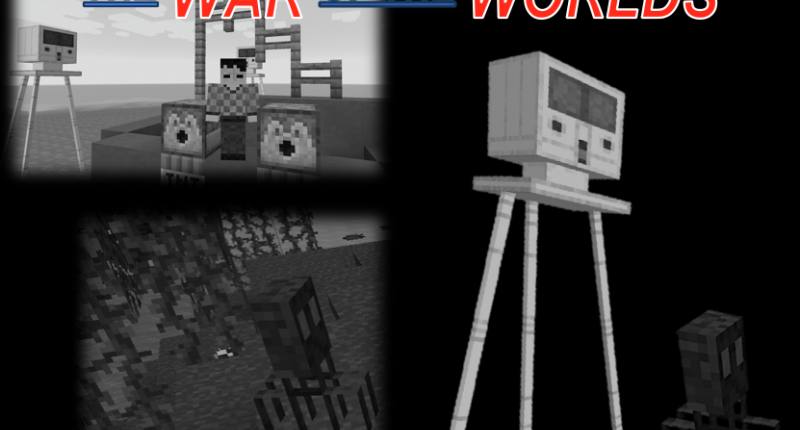 Based on the novel by H.G Wells & the musical adaption by Jeff Wayne.

Still very WIP & has lots of updates yet to come. The next update with mostly be focused on bug fixes & better stuff in general.

Fighting machines/ tripods that burn near by objects, mobs, structures, ect. On death they will spawn a "dead" fighting machine which can be used as a trophy for defeating the tripod. And can now also be used to craft your own fighting machines to assist you.

Martians spawn from tripods on death & attack players & villagers. They also spread red weed around. (the red weed generation is very buggy & will be fixed soon.)

Red weed is a plant that grows from Martians when they arrive in your Minecraft world.

Cylinders. (Are very buggy & broken & will also be fixed soon.) Will spawn while players are sleeping & spawn tripods. (Number of Tripods may vary.)

Towns & houses; they don't have much purpose but they're there. (I might also add villagers as well, some day.) Structures have temporarily been removed due to the test environment crashing. (But don't worry, I'll re-add them soon.)

*Only features the fighting machine & may be buggy.

*Re-created the fighting machine's heat-ray & it's awesome! (so far)

Very nice, i like the War of the Worlds, and even the musical adaptation, very nice!