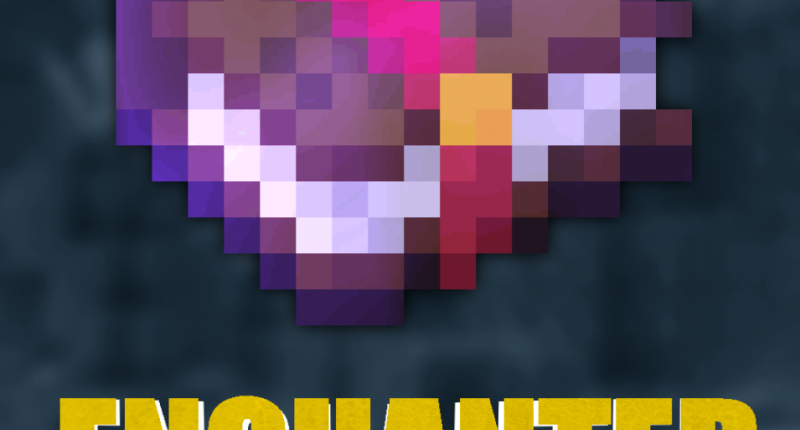 Important: This was made with a snapshot version of MCreator, therefor this might be unstable.

A small mod I made that adds new enchantments to the game. Thats pretty much all.

The new enchantments include:
Frost Aspect: Gives enemies the slowness effect upon hitting them. Goes up to level 2. Is for swords.
Smelting: Makes it so pickaxes, axes, or shovels will drop the smelted forms of the blocks you mine. For example stone will drop smooth stone. Is for pickaxes, axes, and shovels.
Unbreakable: Makes it so when you right click with a tool it will apply the unbreakable nbt on it. Is very rare, and is for all tools.
Lunging: Makes it so when you right click with a sword you get a speed boost at the cost of durability. Is for swords
Curse of Nothing: Makes it so when you mine with a tool that has it, nothing drops. Is for pickaxes, axes, and shovels.
Shark Wrath: Gives you a strength boost in ocean biomes. For swords.
Vampirism: Causes you to regenerate health when attacking an enemy. Is for swords.
Boosting: Makes shields also give you the resistance effect briefly when blocking. For the shield.
Ghosting: Causes you to sometimes go into spectator for up to 2.5 seconds instead of taking damage. Is very rare, and is for chestplates
Doom Slayer: Increases stats of player while in the nether. For chestplates.
Curse Of Conductivity: Increases the risk of getting struck by lightning during a storm. For armor
Thors Power: Causes enemies to get electrocuted upon being hit. Electrocuted enemies can electrocute nearby mobs, including you. Electrocuting an enemy uses up your electric charge level, which is regained through getting struck by lightning. You spawn with 0 electric charge. There is no way to tell your current charge other than hitting a mob, and seeing if you still have enough to zap an enemy. Is for swords.
Pajamic: Heals you a little upon sleeping. Is for helmets.
Nightowl: Gives you speed and nightvision when above ground at night time. Is for helmets.

seems that it has original ideas. not played yet but it's promising

I havent yet seen any other enchantments mod with the snapshot, but is clear to see the possibilities! Nice ideas! I Hope that, maybe with more enchants or curses, you can win MOTW

Could I use this in a modpack??
I would make my own enchant mod but I don't know how to do the procedures.

I might be a bit late but yes you may