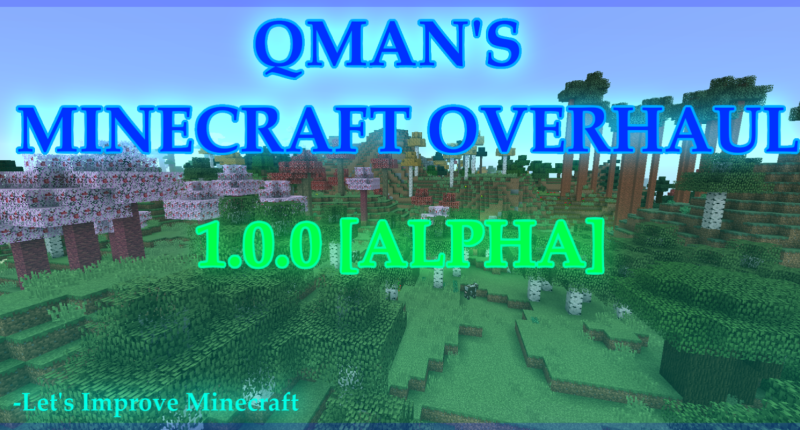 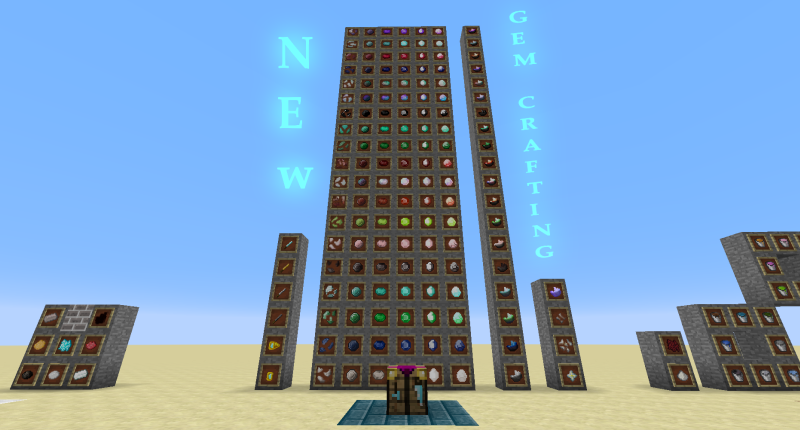 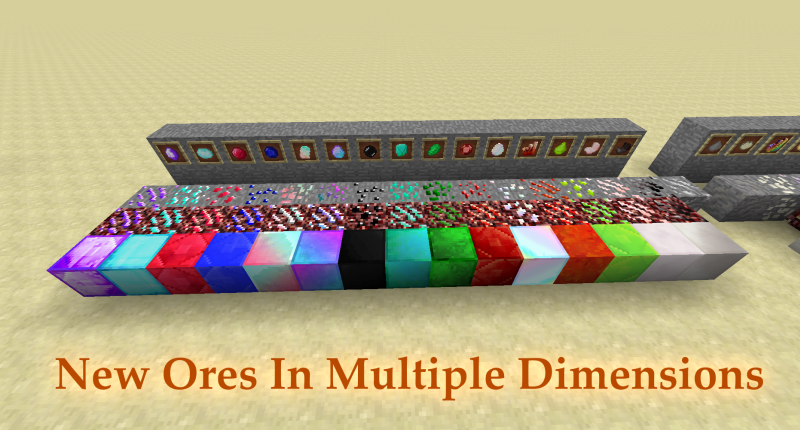 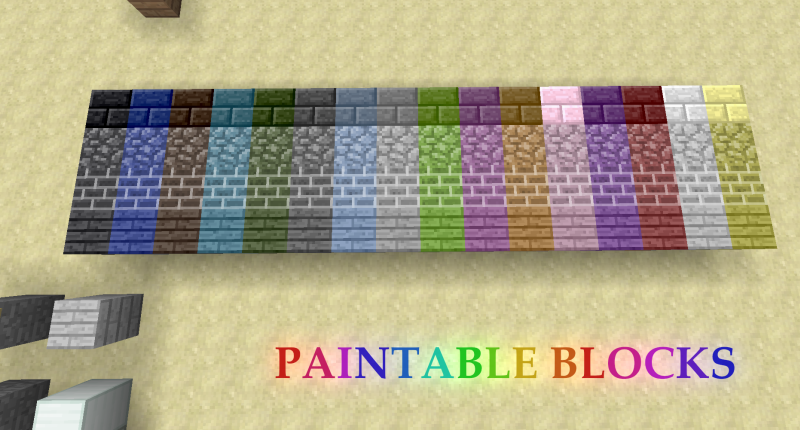 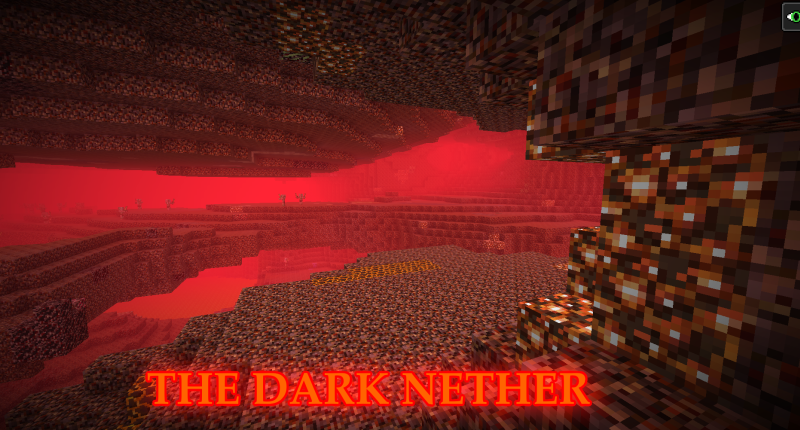 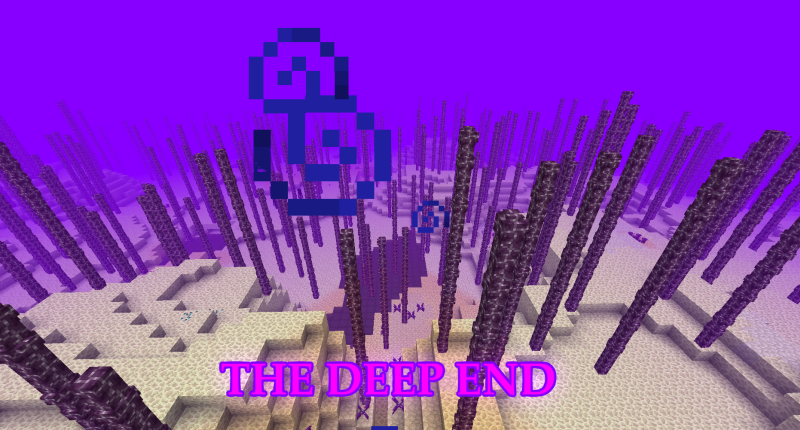 Hello everybody! As the name suggests, this mod is intended to overhaul Minecraft in many ways than one. This is my first mod I had ever created and hope all of you find it fun to add to your game. The main point to the mod is to add to Minecraft without changing the look and feel of what is already there for you guys. Most of my textures are based on textures Minecraft already provides (Either before or after 1.14) With that in mind, the mod adds whole new Blocks, Tools, Weapons, Materials, Plants, Foods, Structures, Dimensions, Biomes, Tables, Mobs, ect.

Now before I give you guys a whole list of stuff I added, allow me to give credit to the programs I used to help me with this mod.

[Paint Tool Sai 2] For my textures

[The TFC Mod] Inspired some of my additions and textures.

[Mojang] For their wonderful pixel art and game.

[MCreator] I literally could not have made this without you guys. Keep up the good work!

NOTE: This mod is in it's alpha phase at the moment. I have big plans for this mod and many many more things to add to it. For now most stuff are cosmetic or not really useful until future updates but hang in there, there is more than enough stuff to keep you busy. Also, there are many bugs I need to iron out and do research on (mostly because I'm new to this and have very basic coding experience or experience in general) before I develop a functioning Beta Version to focus less on content and more of fixing stuff.

All with respective Ores, Nether Ores, and Blocks all fully accessible with recipes. Note that all recipes are similar to vanilla ones.

- Geode items of every gem along with a mysterious geode, OWO Mystery!?!

- Most Vanilla ores have been brought over to other dimensions such as:

- Nether Gold, Where did those pigmen get all that gold?

All with rarer chances than the other but still pretty neat to add to the game.

Note: I have so much stuff so I'll make quick notes for where to obtain these. Most will reference later stuff in the list.

- Fragmented Star, It's a broken Nether star made up of little shards

- Sodium Powder, Get from Sodium Ore

- Bismuth, Get from Bismuth Ore

- Sulfur, Get from Sulfur Ore

- Corundum, Get from Corundum Ore

- Red Corundum, Get from Nether Corundum

- Blue Corundum, Get from End Corundum

- Black Corundum, Get from mixing Corundum

- Salt, Get from soaking Sodium Powder

- Rust, Get from soaking Iron Nuggets

- Iron Oxide, Get from magnetizing Rust with Redstone (Crafting them together)

- Flux, Made from borax, iron oxide, and iron pyrite

- Charcoal Powder, Get from crafting one Charcoal

- Mercury, Get from quicksilver as a byproduct from using an alloy smelter.

- Aluminum, Get from smelting Ore

- Copper, Get from smelting Ore

- Lead, Get from smelting Ore

- Silver, Get from smelting Ore

- Quicksilver, Get from smelting Ore

- Tin, Get from smelting Ore

- Titanium, Get from smelting Ore

- Fire Brick, Get by combining a Brick with Quartz, Rose Quartz, and Smokey Quartz

- Alloy, Get by combining Magnesium Powder, Tin, and Aluminum

- Brass, Get by combining Magnesium Powder, Tin, and Copper

- Bronze, Get by combining Magnesium Powder, Copper, and Bismuth

- Electrum, Get by combining Glowstone Powder, Silver, and Gold

- Skim Silver, Get by combining Redstone Powder, Silver, and Quicksilver

- Stirling Silver, Get by combining Mercury, Silver, and Copper

- Alloy, Get by combining Magnesium Powder, Tin, and Aluminum

- Steel, Get by combining Flux, Iron, and Corundum

- Red Steel, Get by combining Flux, Steel, and Red Corundum

- Blue Steel, Get by combining Flux, Steel, and Blue Corundum

- Black Steel, Get by combining Flux, Steel, and Black Corundum

- Lens, Get from combining Gold and Diamonds

- Gem Scope, Get from combining Gold, Iron, and Lens's

- Gem Cutter, Stone, Iron, Gold, and Diamond. Get by combining a stick and the provided material.

- Brimstone, Get from Brimstone block

- Ash, Get from ash block

- Fire Salt, Get from Heckstone (Not actually heck but I didn't want to use the real word on the forum)

- Void Salt, Get from Void Glass

(Yes, both are from TES Skyrim. Couldn't think of a name for this material and thought this fit the best) :)

- Corrupted Eye, Get by combining a Rye of Ender with blaze powder and brimstone

- Paint Buckets in all dye colors, Get by mixing a water bucket, slime, and dye

- Primer Bucket, Get by mixing a water bucket, borax crystals, and limestone powder

- Magnesium Ore, Hit it with any metal item and it will explode!

- Soul Snare, A block that looks and acts exactly like Soulsand, but causes more negative effects!

- Soul Fire, A block that looks and acts exactly like Soulsand, but sets you on fire!

- Void Glass, Break it and teleport!

- End Lichen, Touch it and teleport!

All obtained by soaking the respected block in paint!

- Deep End (I'm going off the deep end here! I'm really deep ending on my torch to light this biome up!) [A Dimension]

All should act like the one from the vanilla game!

Other Stuff I missed

Now here are a list of Bugs, Problems, and things that just bother me

- All tables are made by my own procedures, so lets hope there are no bugs but of course you never know.

- I'm having a bit of trouble with tick based procedures, such as plant growth.

- Saplings are useless because I need a Schematic to spawn a custom tree, but I can't make a custom tree with decay leaves (because as soon as I place it, they update) So for now I have to settle with MCreator's biome generated trees.

- The Geode some how can drop nothing, despite making sure the RNG procedure is corrected hundreds of times.

I would love to tell you all exactly what I have planned for the future but a list like that will be at least 5x larger than this one, but the thing I would like to share as a main part of the mod is my plans for combat. I am planning to create a table that can modify weapons and armor in much more complex ways, manipulating stats like damage, speed, weight, armor, durability, and special features. These modifications to weapons and armor are able to stack and grow to as high as you want but the cost to do so are higher with each mod, kinda like enchantments and repairs in an anvil. Cut gems make runes that add effects, and other materials can change the type of weapon and armor while others directly mod the stats. If you would like to see this happen, please lend me support and share your Ideas to make this mod the greatest overhaul.

If anything, I have an opened mind to any suggestions, Ideas, and anything that could help me with my project. And, as always, If you need help with anything with your mods, DON'T HESITATE TO ASK ME FOR HELP, I would love to help with anything I can, no credit or anything required.

Hope you all like the mod, I'll be working hard on my free time to push this mod to beta!

Thanks for the support Sir_Coookie98, I'm glad to see people are taking an interest. Hope you like the mod, and as always, If you need help with anything, I'll do my best to help you out with your ideas! I will also be putting screenshots in the changelog soon, so keep and eye out :)

Like sir_cookie said, it seems a very cool mod, but can you add some images?

Thank you RaolTheBest for you feedback as well! I'll be adding images to the Changelog soon for you guys to look at. I hope you find the mod fun to play around with and as always, If you need help with your own projects, don't hesitate to ask me (or anyone else) for help. We are all here for each other! :)

Sir-cookie98 and RaolTheBest, Thank you both for taking an interest in my mod. I'll add the images soon, I just need to compress them because the go past the 8 MB file limit. If there is anything you or anyone else need, let me know, I'll do my best to help out a fellow modder/gamer!

Oh, since I'm still new to this, I think the Screenshots will be in the Changelog. I'll figure it out, but I'll be posting them by the end of today or early morning tomorrow. I'm also putting crafting recipes either on a website or a special crafting book in the game, because there are so many and the custom tables don't work with To Many Items like mods. Speaking of which, I do advise that you guys use a mod that allows you to look up recipes in game to help you while I develop a place to look them up.

All good, added some pictures to the main mod title, but I'm not sure If I could add Images In the changelog or comments section. Any who, I also moved the features into the changelog so the description doesn't take up the whole screen. :)

Okay Guys, I Replaced the old download with another one that's compatible with servers. It was a minor fix so If you're only planning on running a server with my mod or joining my own server (Work In Progress) It's not worth your time to redownload. On the good news side of things, With MCreator 1.9 out, Progress on the next official update is speeding on its way. Look out for my update coming this August, Its a big one and just might launch this bad boi into beta! As Always, Have fun with my mod and If anyone needs my help, don't forget to ask! 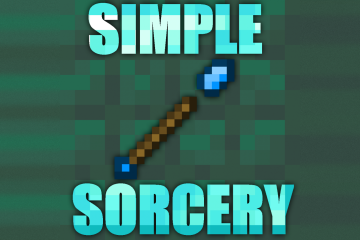