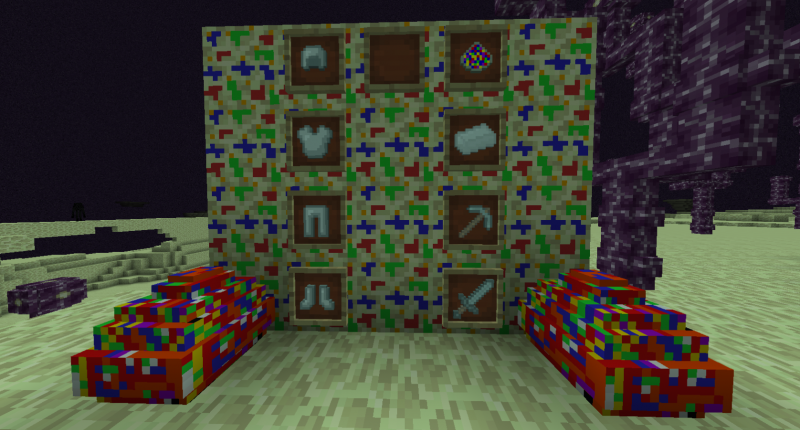 Picture showcasing all items of the mod

The Chrome Mod adds a new ore to the End, which is called Chrome. It is a multicolored powder that can be formed into lumps, and ingots! each type of Chrome has its own unique uses. Chrome gives you a new reason to explore the End, and allows you to enhance diamond tools and armor, giving you access to an armor/tool tier that is stronger than standard diamond without being entirely new.

Tutorial: Go to the End, mine Chrome Ore with diamond pickaxe, arrange 4x4 Chrome Dust in crafting grid to make Chromium Lump. Chromium Lump can be used as a furnace fuel (4x better than lava bucket). Smelting Chromium Lump yields Chromium Ingot. Surround Diamond Armor, as well as Diamond Pickaxe and Diamond Sword to enhance it. Also in the Mod is the new scepter (not part of the MC suggestion) that allows you to have the power of both Thor and a Shulker!

Nice mod, but you could improve the textures (add more shades to them)