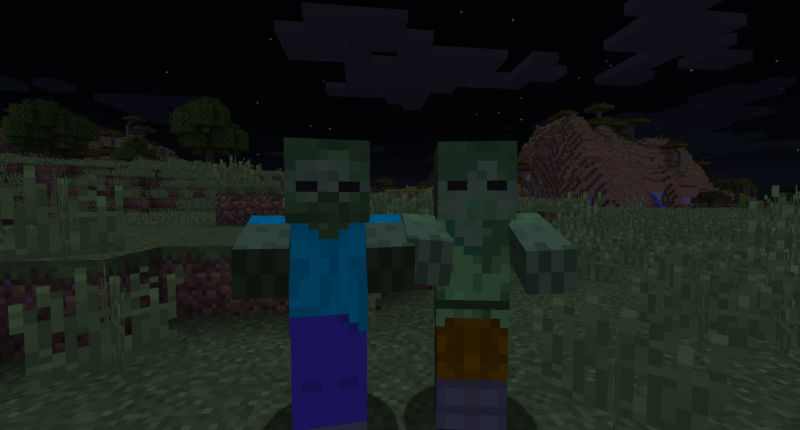 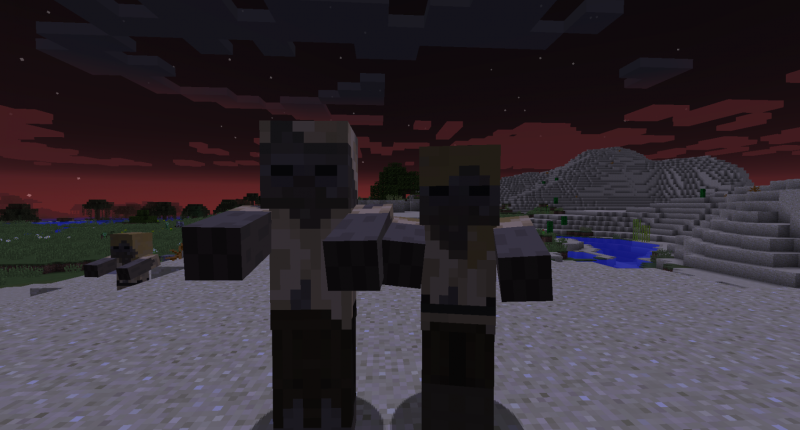 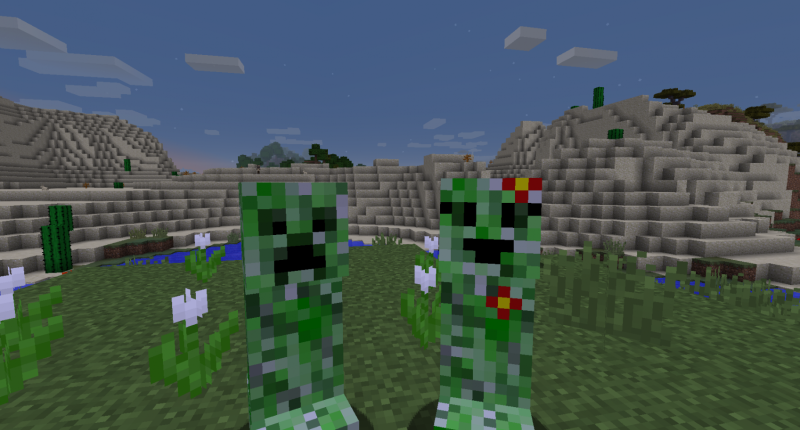 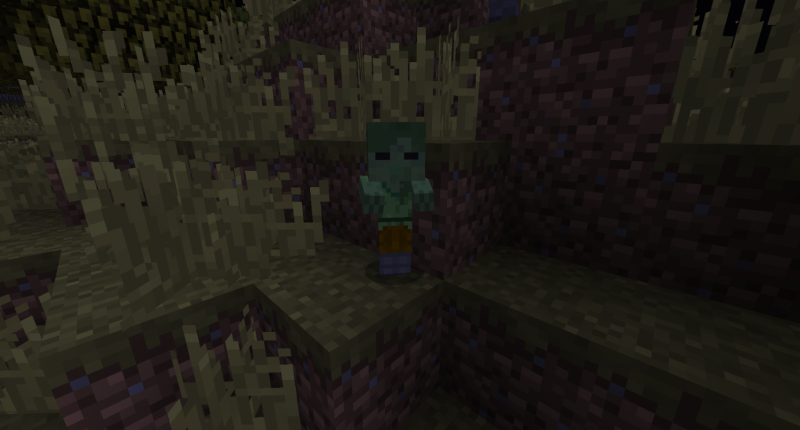 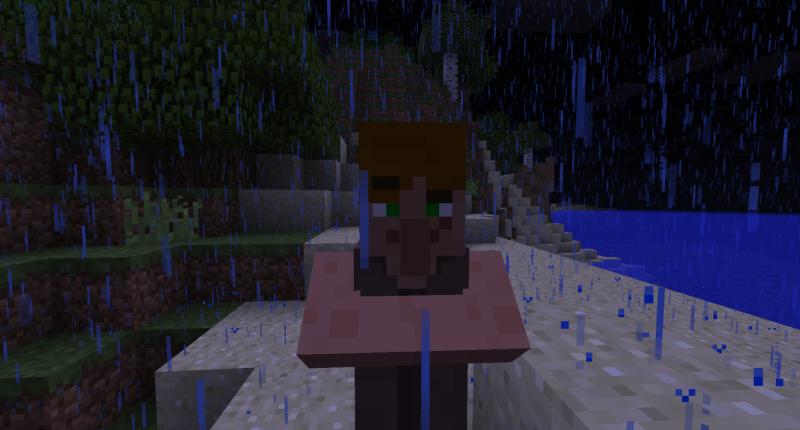 Female Villager stranded in a island 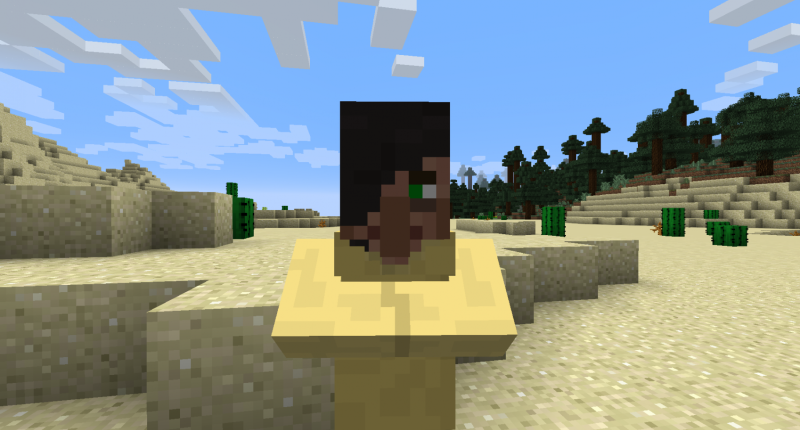 Ever since Minecraft was released, there were no genders for Mobs (Except for the Ender Dragon), even Notch confirmed that they're all genderless, until today! With this mod, there will not only spawn some "male-looking" mobs, but there will also be females! For now, there are only five female mobs, and these are:

-Smaller than a normal husk

-Has a happy face

-It has flowers on it!

-It doesn't light when it's about to blow...

-Faster than a normal villager

-Doesn't spawn in villages... INSTEAD, they will spawn in their own generated houses! Made by the creator! [Theres only an oak house by now, more will be added in the future]

-They can also spawn near your house! They can be found everywhere!

-Just like the normal female villager, however, they spawn in deserts!

-Has some better textures (in my opinion)

-Due to being in the sand for a long time, they're slower

-Female Desert Villagers have spent most of their lifetime trying to survive in the desert, making them have 24 health! due to toughness

-Female Desert Villagers are very skilled in the desert, they can avoid taking damage from cactuses!

(All textures from these mobs are created by me)

Localizations: English (US) and Portuguese (Brazil)

Thanks! Your compliment motivates me to keep working on this mod! I'll make sure the other textures are good as these!

Perhaps modify the female mobs to have less HP as a pay off for the increased speed?

No it's balanced because they have more speed

Im gonna think about that.

Do you think you could tell me how you made them smaller? I'm having trouble doing that for my mod

I didn't do anything special, if you're talking about the female Husk well.... I just used a zombie model, and put the texture in it, its as easy as that.

Or if you're talking about the babies, theres a chance they will spawn as babies.