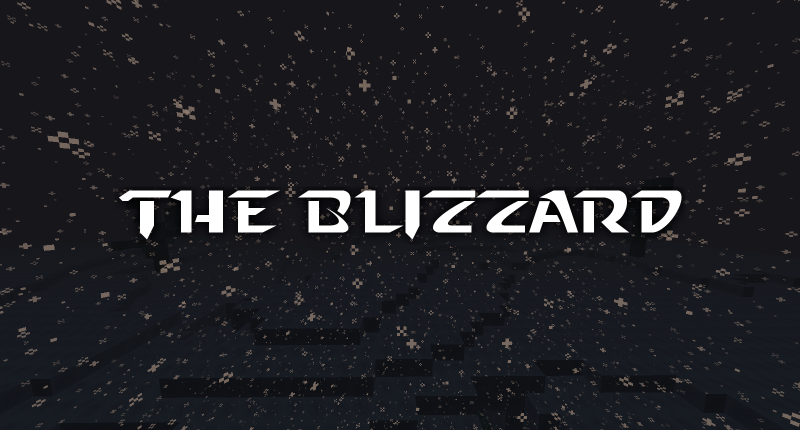 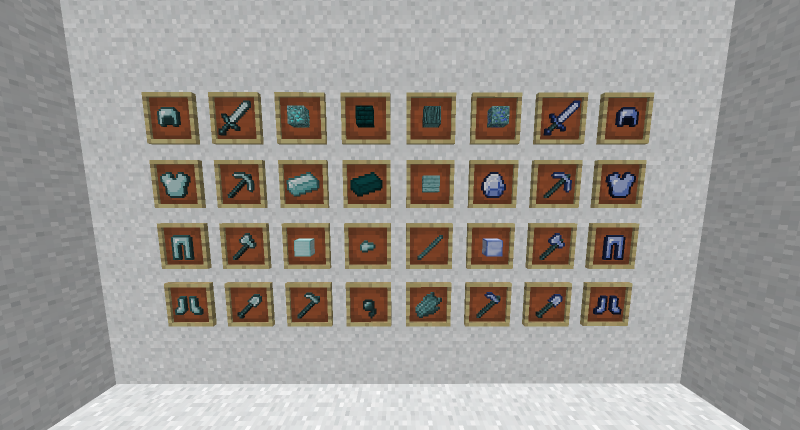 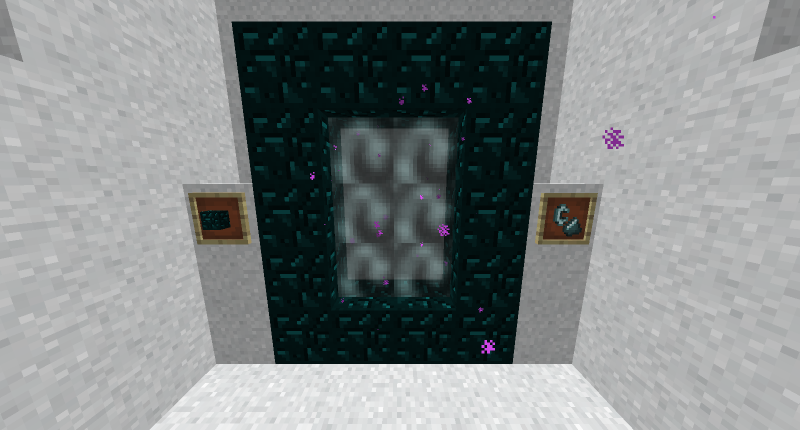 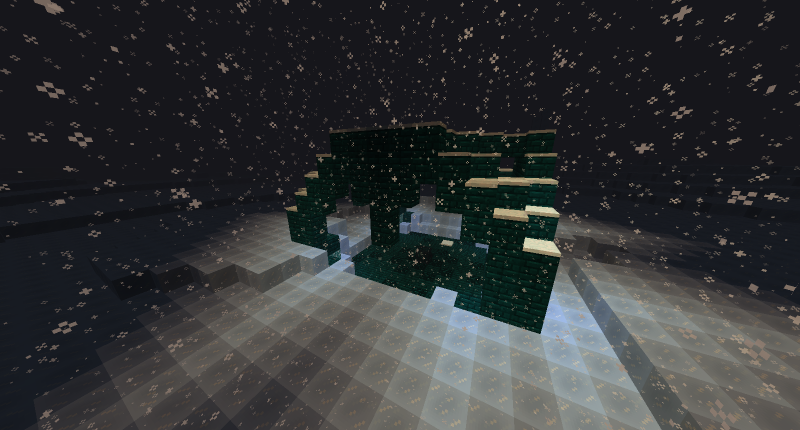 A Structure in the Blizzard... 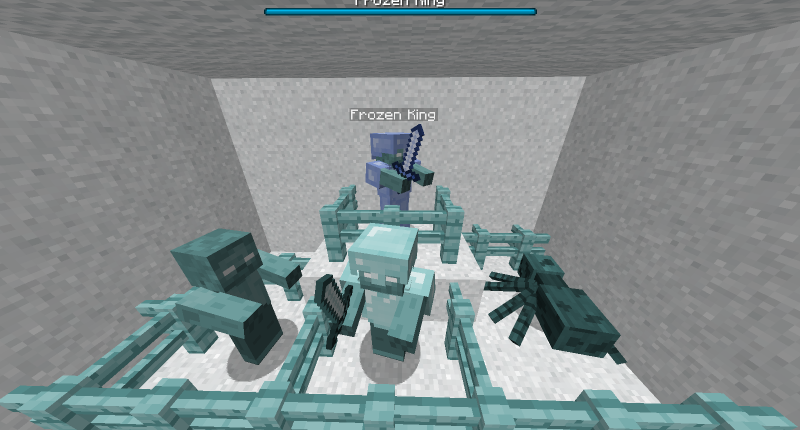 Mobs from the Blizzard (including the boss: Frozen King) 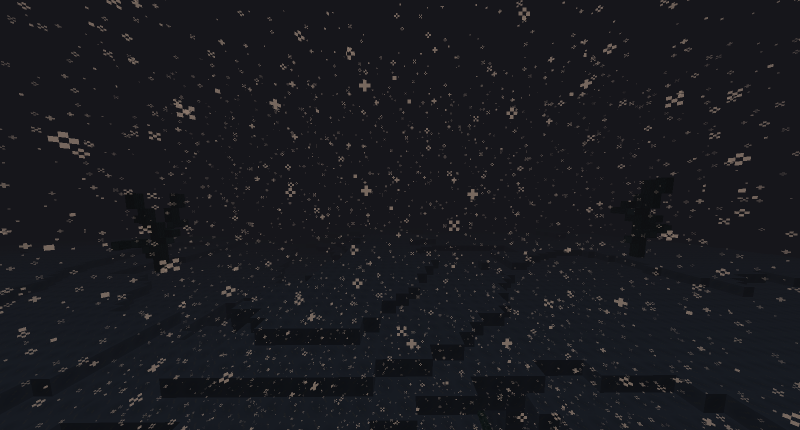 Snowing in the Blizzard

The Blizzard is a cold, barren wasteland dimension that is intended to be like the opposite of the nether. Instead of heat, fire and red, the Blizzard is icy, frozen and is mostly blue throughout its landscape. Once habitable and flourishing with life, The Blizzard is now a cold, frozen wasteland of a dimension. The mobs inhabiting this dimension are cold husks of their counterparts, and the minerals and resources of this world have been frozen and changed.

Frozen Obsidian - crafted by combining ice and obsidian, and is used as the portal frame.

Frozen Flint & Steel - crafted by combining ice and a flint & steel, and is used as the portal igniter.

Blizzarack - the frozen counterpart of Netherrack.

Blue Quartz - Quartz, but blue (you can make stairs as well).

Frozestone - for your frozen lighting needs!

Frozen Logs/Wood - like wood, but it is frozen (can make stairs and sticks from the wood).

Frozen Stick - the sticks needed to create the tools from the resources found in the dimension.

Cold Steel Set (Armor, Sword and Tools) - Iron strength, but with the durability of diamond. Hitting mobs will inflict the Slowness 1 Effect

Sapphire Set (Armor, Sword and Tools) - Diamond strength, but with double the durability of diamond. Hitting mobs will inflict the Slowness 2 Effect.

Frozen Zombie - The frozen counterpart to vanilla zombies. The ice and their hunger has caused them to become more desperate to hunt, and they will charge at the player quickly to kill them. They are also tougher than zombies, with more HP and damage. When killed, they have a chance to drop their flesh, as well as a Cold Steel Ingot.

Frozen Spider - The frozen counterpart to vanilla spiders. Similar to the Frozen Zombies, they move faster, and are tougher to defeat. When killed, they have a chance to drop their eyes.

Frozen Knight - The knights of old, adorned in Cold Steel Armor, and weilding a Cold Steel Sword. They are far tougher to kill, however will only spawn in the Frozen Ruins. When killed, they have a chance to drop their armor, sword, as well as their flesh.

Frozen King - The mini-boss of the world, the Frozen King is found in the Frozen Ruins, and is outfitted with a full set of Sapphire armor, as well as a Sapphire Sword. He is extremely tough, and spawns extra Frozen Knights to aid in combat. When killed, they have a chance to drop their armor, sword, as well as their flesh. They have a health bar at the top of the screen (which can be used to know when you are in the vicinity of a Frozen Ruin).