Way to the Other Worlds 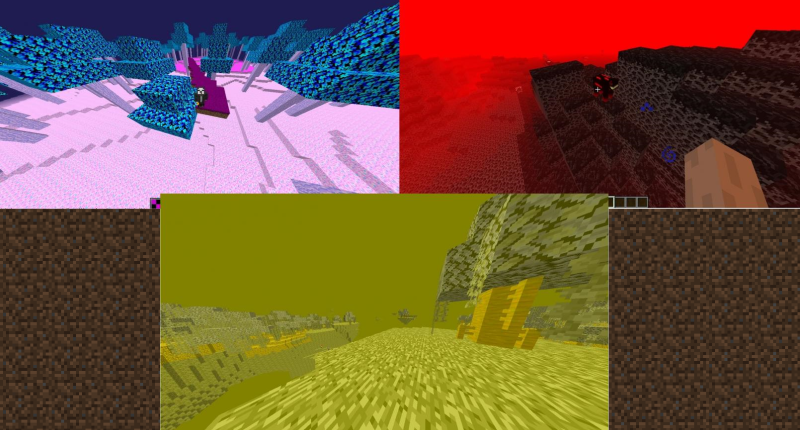 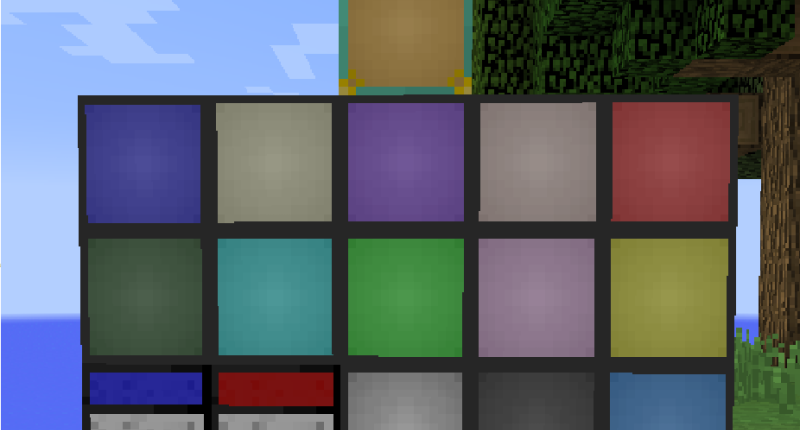 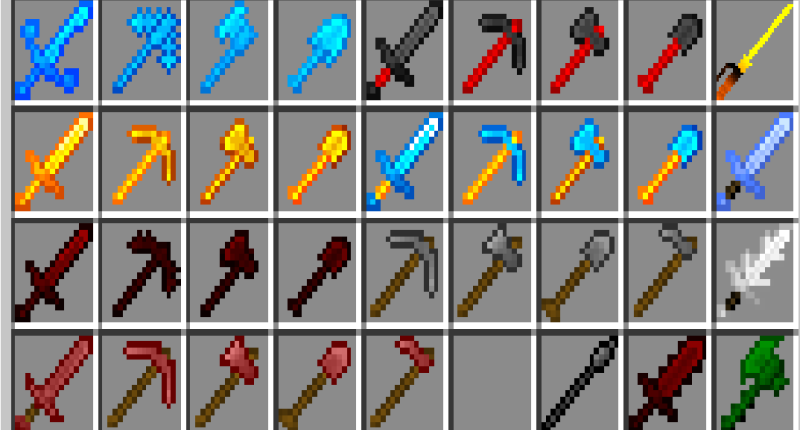 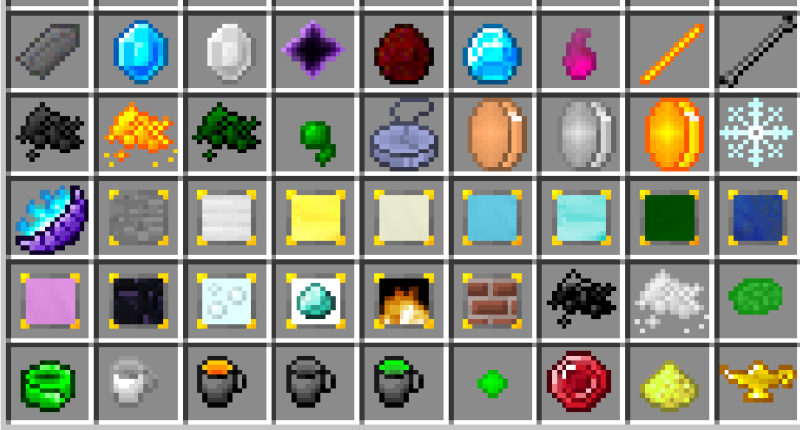 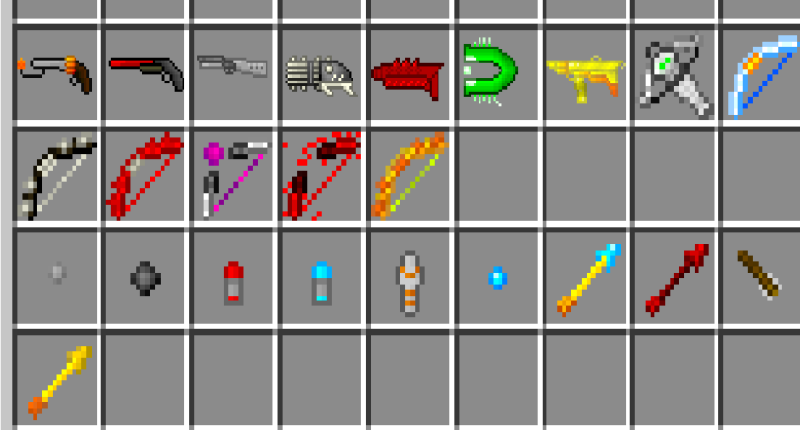 Normal World:
Return Ticket - can return you from absolutely any dimension to the overworld. Drops from many creatures of other worlds, and can also be made from a map and flisotuachewn.
Dark Upgrade Kit - Improves some weapons. Drops out of the dark.
Plates - used for crafting mechanisms. There are stone, iron, gold, luxtarr, aquatura, diamond, darkham, lapis lazuli, flisotuachewn and obsidian plates.
The cleansing, crystallizing, melting, crushing and grinding core are used to create mechanisms.
Cup and basalt Cup.
Cup of lava.
The acid cup is a basalt mug + water + uranium.
Experience booster - increases the experience level (namely the level) of the player by 2. Drops from some mobs.

Ores:
Luxtarr is ore, the objects of which are slightly weaker than diamond.
Darkham is a little better than diamond.
Water - ore generated only in the biome of the ocean or river. The easiest way to get it from the mountains near the ocean. It rarely appears in rivers due to the narrow biome.
Flisotuachewn - Ore that does not have armor and tools is used in many craft. Also used as pink dye.
Uranium - mined only in the volcanic valley. When uranium is in the inventory, the effect of radiation is superimposed.
Ruby - things from it are better than diamond.

Structures:
Birch castle is a structure that appears on the plains and in the forest. It has several useful items.
Spruce castle - an alternative version of the birch castle, only in the taiga.
Lost statue - a structure in the desert.
Spring - A structure that is perhaps imperceptible, as it consists of an ordinary tree and water below it generated by a spring. The only difference is the large number of flowers around the tree. A spring block can generate water forever.

Nether:
Nightmare is a drop from Night mages, knights and the boss of the Night Queen. Tools are made of it.
Wither Bones - Drop from the Wither Skeletons. It can be processed in a craft window, pestle and mortar or grinder into a drying flour.

The bosses:
Night Qween - 500, 10. Fire, fall. Summoned by Moon Flames on the altar of the Night Queen in a special structure in the nether. Nightmare 17, 4c, 5b, 1z, creates a portal at the place of death in Purgatorium.

Comets:
A world consisting of flying islands. (!!! Put on Ditus shoes before teleporting, as there is a risk of falling into the void)
Made in pink and blue bright style. The portal can be found in the form of a building high in the sky.

Gold Dust - Drop from Golden Golems. Not yet used anywhere.
Comet Cabbage - a plant, when the fruit is eaten, the strength of the second level is given.

Various swords and tools not from ores:
Feather knife - made from aerolite and stick of comets.
Axe of Evil - made from Skylite Axe and Dust of Evil. When they destroy the Tree of Comets, Ent Comet is called upon.

Purgatorium:
The dark dimension, with the remains of creatures of colossal size directly on the surface. Blood red sky. A portal to the dimension is generated after the death of the Queen of the Night boss.

Agate - Drop from Thin.
Phantom Soul - Drop from Purgatory Phantom.
Bloodstone - Drops from Purgatory Watcher. Tools are made of it.
Ancient Artifact - sold in one of the Purgatorium merchants. Summons a Fallen Titan.
Beast Upgrade Kit - Used to upgrade certain weapons. Drops from the Beast of Purgatory.
Eyebloom - a plant whose fruits give the effect of night vision.

Eden:
Paradise, sunny garden on the flying islands. (!!! Put on Ditus shoes before teleporting, as there is a risk of falling into the void)
Holy water - crafted from water and fairy dust. Throwing weapon.

Blocks:
Carved flisotuachewn block - made of six flisotuachewn plates.
Diorite, andesite, granite and sand dirt. Used for growing tea and chili peppers. Made from dirt and appropriate stone / sand.
The fertile soil is also suitable for growing chili peppers and tea. It is created from all the above soils, sludge and black soil.
Salt and death plains - salt is generated in mines as ore, and salt land in a special biome. Salt can be salted with meat and fish.
Sludge is soil generated in rivers and other bodies of water.
Mud is a block generated around the world. Slows down onset.
Inverted mud is a block created from mud and flisotuachewn, which accelerates on the offensive.
Red and blue lamp - lamps with animation.
Lamps made of iron, coal, water, darkham, diamond, emerald, flisotuachewn, gold, lapis lazuli, luxtarr, nightmare, quartz and redstone dust.
Djinn lamp - made from a djinn lamp (item) and a catalyst.
Nether reactor core.
Block of nether stars - for show-offs.
Bricks of Comets.
Moon Bricks.
Bricks of Hell.
Bloody Bricks.
Paradise bricks.
The bricks of Edem.

Other tools:
Bedrock tools - an axe, pickaxe and shovel are very fast, but quickly break. The hoe, on the contrary, serves a very long time (I think you cannot break it). There is no sword.
Chainsaw - used as an axe...the fastest axe.

Armor (at the end the defense is written in the order: helmet, chestplate, leggings and boots):
Luhsam armor - armor made of luxtarr and darkham. 4 8 7 3
Nightura Armor - Armor from nightmares and aquatura. 4 9 7 4
Sky armor - armor made of skylite and aerolite. 6 9 8 5
Thorn armor - drops only from Fat. 6 10 9 5
Bloody armor - armor of blood stone and nightmares. The chestplate imposes a fourth-level regeneration. 6 9 8 5
Nightingale armor - armor from nightmares and phantom souls. At the moment, the best armor. The cheatplate gives regeneration and strength of the fifth level and speed of the sixth level. 7 10 10 6
White gold armor - 4 8 8 4.

Boots:
Dirtus Boots - Defense 3. Create grass ground under the player. Useful when traveling to Comet or Eden. Shared from diamond boots and ground with grass.
Slippers - made of wool.
Rabbit slippers - made from slippers, rabbit skin and rabbit legs.

High-speed boots (the first are Valkyrie boots, and the rest are created by improving the previous ones):
Valkyrie boots - created from the Valkyrie ring and heavenly boots.
Quicksilver's boots.
Flash's Boots.
Accelerator's boots - starting with these boots, subsequent ones do not craft.
Makkrui's boots.
Land arsornist's boots - besides speed, set fire to the blocks below.
Adventurer’s boots - are made from the boots of the land arsonist (and vice versa), but do not set fire to the blocks. The speed is the same.

Staves and magic items:
Terraformation staff - destroys blocks and can get a bedrock. Bought from a merchant in the ordinary world.
Valkyrie Ring - created from aerolite ingots. Gives level 10 speed.
Pyrostaff - imposes fire resistance.
Light Staff - gives regeneration.
Glow obese - gives night vision.
Comlocation staff - teleports you to where you are looking, but if the block you are looking at beyond 100 blocks teleports you into the air.
Incredible staff - destroys mobs, but not all.
Sky staff - gives speed. She lodges at the merchants in Edem.

Plants:
Flameflower - sometimes growing on a stone in the ordinary world. Most often in the mountains. It is grown only on stone. Fertilized with wither bone meal.
Tea - seeds fall from grass in black soil. Grown on black sail, fertile soil, stone / sandy soils or silt.
Chili pepper - A plant that, when consumed, will have a chili effect on you. Grown on chernozem, fertile soil, stone / sandy soils or silt. Not yet mined.

The mechanisms:
Alchemical Furnace: Allows you to convert a rusty ingot into iron, six coals into graphite, and six graphite into diamond (based on the fact that coal and diamond are made of the same molecules, but with a different structure. 1 Diamond = 36 coal)
Pestle and mortar - a block, when pressed with certain objects, another object is obtained. Flint - flint dust 2, wither bone - wither bone meal 5, salt (block) - salt 6, luminous stone - luminous dust 6, gravel - flint, bone - bone meal 5, bone block - bone meal 11.
Crusher is an automated unit with coal and pestle and mortar functions.