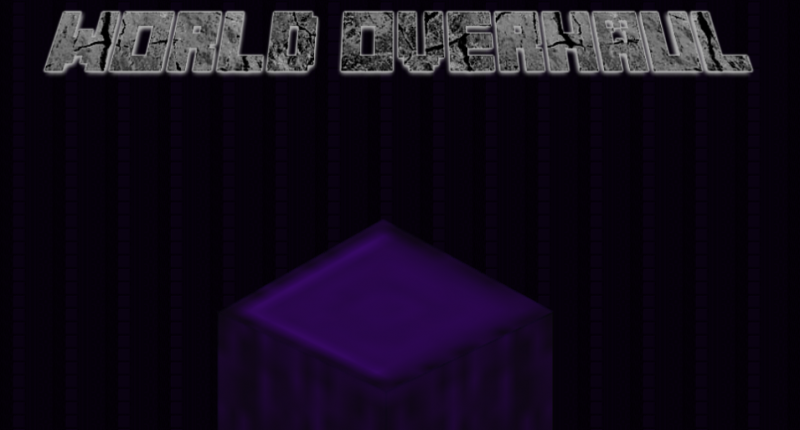 This mod will add several new biomes, items, enemies and dimensions to minecraft

In it's current state, the mod is still in heavy development, and some items are pointless and some features are broken.

IMPORTANT: Current version of the mod is VERY unstable and unfinished, I haven't updated this in a while and i wanted to give you everything new that i have been working on

Thanks to Paz for help with model animation!

v0.1 - Added tons of obsidian items and blocks along with the obsidian forest and cool nether in the new cool nether dimension, as well as cold magma (which is supposed to be thicker and slower, I will fix that). Tons of metals added with the Metal Compressor, which allows you to combine two kinds of metal mushes to make an alloy (e.g: copper mush + zinc mush = brass mush) or combine two of the same mush to create an ingot. Currently all metals just exist and have no purpose yet, if you plan on playing this mod I suggest get a ton of ingots before the items are implemented just to be ready ;)

Just for the people who really like to dig through the files, no, cupronickel isn't some sort of removed feature or whatever, I just haven't implemented it yet

Some recipes may be missing (please tell me in comments)

Sodium, Potassium, KLi and NaK blocks are supposed to create explosions if they are next to water, and their armors should explode you when you enter water

Custom mobs may not appear

You can't seem to enter the moon dimension

Alien warriors may kill other aliens

The aerolight doesn't give off light

Tapioca leaves are rarer than your existence

Icecream is unobtainable in survival

Excited to try, would appreciate some pictures though, if you're using Windows you'll automatically have the snipping tool :DD

yeah as it says in the desc. i cant open the mod for some reason, i will just restart MCreator

will add pictures tho ;)

Ohhhh I think the file you've sent is a workspace not a mod, if you haven't already you've got to generate mod with the orange button in the corner

Hello! I'm currently new to Minecraft modding and would like to learn a bit more and help some people with their mods. I realized you put a note in the description of this mod saying you needed help animating mobs. I'm currently working with a program called Block Bench and I would say I'm decent and texturing and animating. If you're interested in my help then I will send you my Email to talk more.

Perfect! I use blockbench too so that will make it easier for us to work on it, and if you're good with making original textures that are high enough detail i could add you as a texturer too!

Sounds great! Yes I would be willing to help with texturing too, here is my business email so we can talk further.