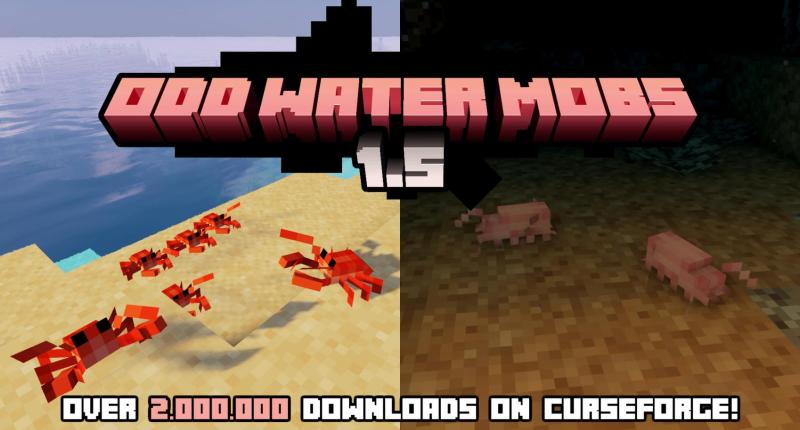 Logo of the mod 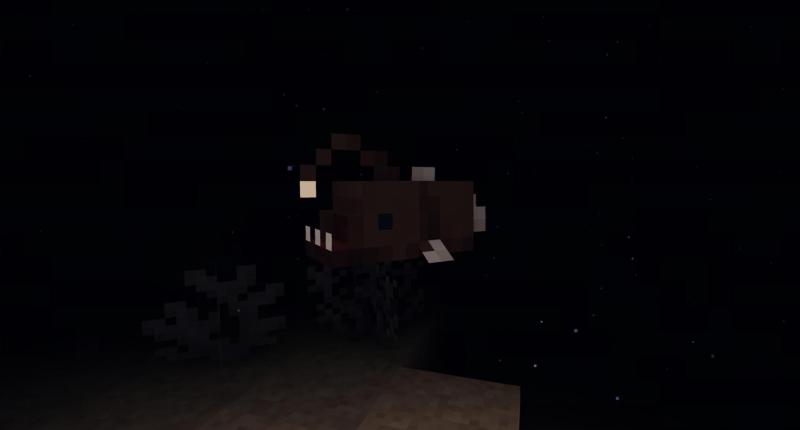 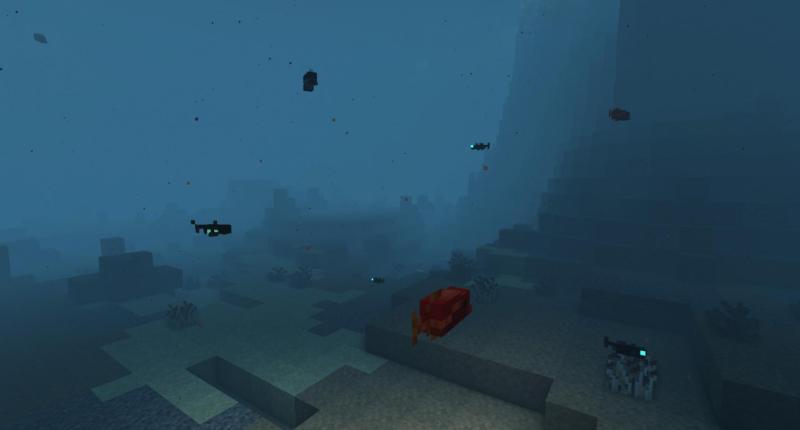 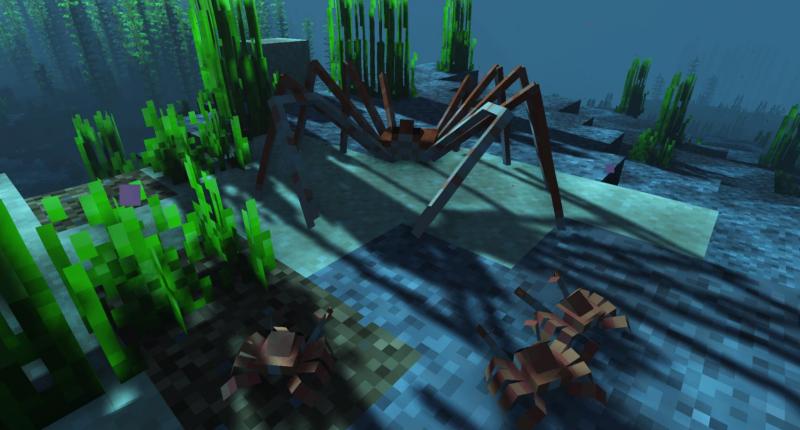 A spider crab and some youngs 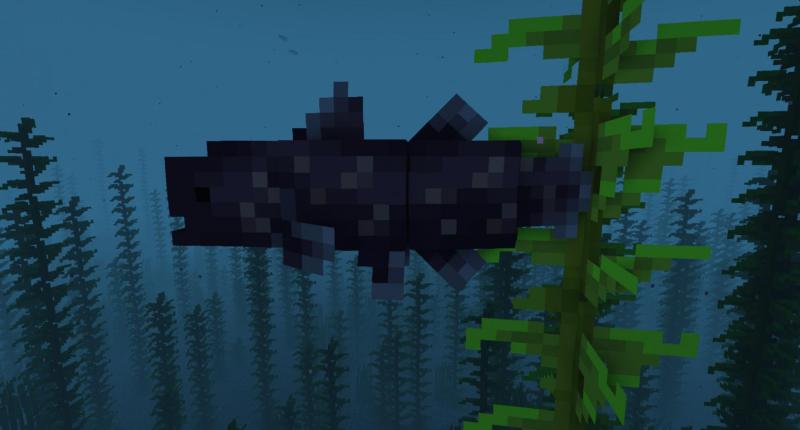 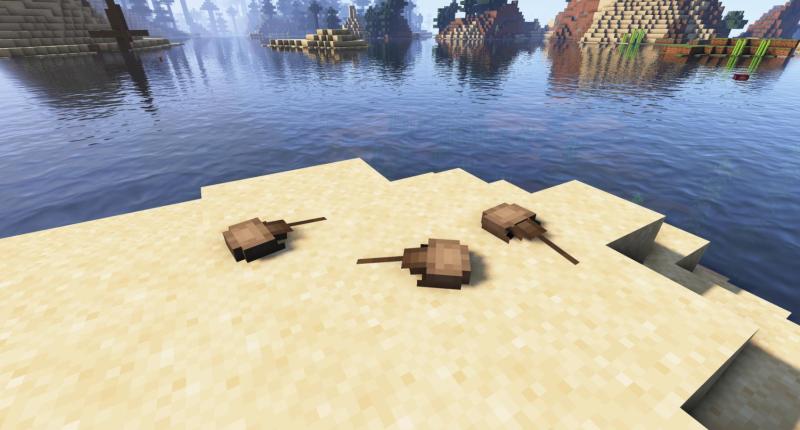 Three horseshoe crab on a beach

This mods aims to expand a bit the aquatic fauna, adding 10 new water creatures with custom animations and variants, a new biome, along some other blocks, items, recipes, and advancements. Check the trailer out here! 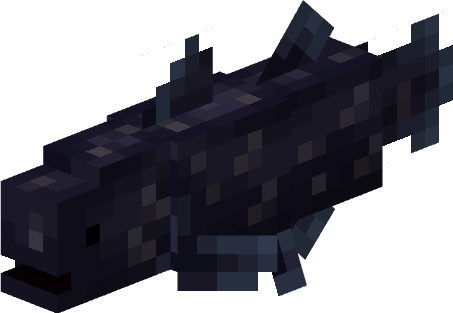 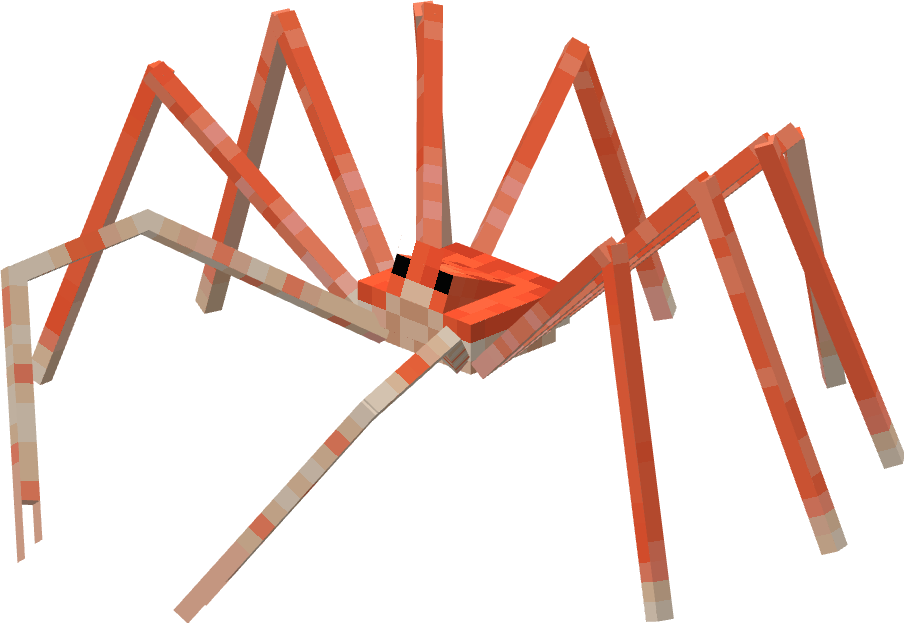 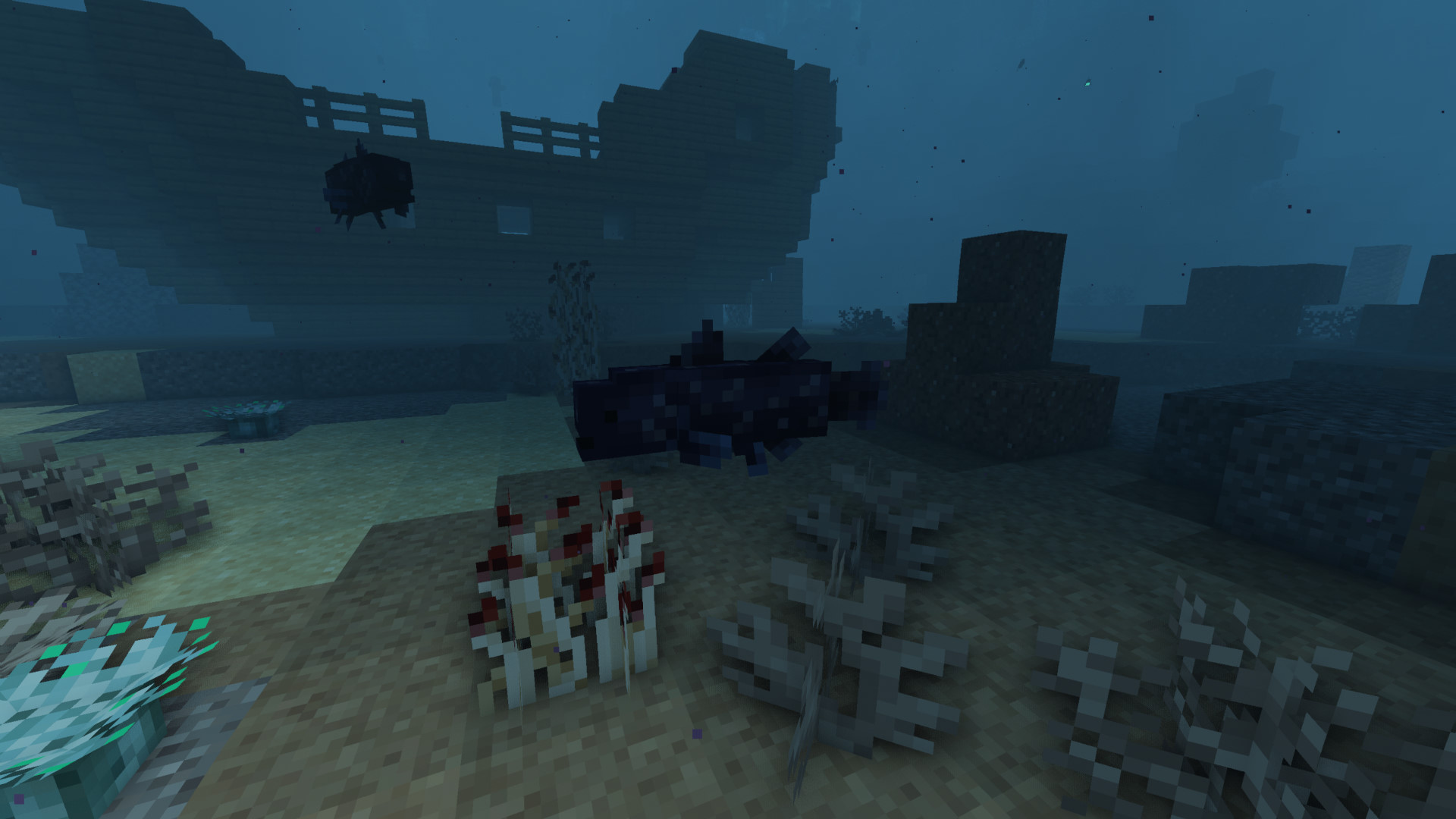 Here you can find a new type of sand and a few new decoration blocks. If you dive deep enough you won't be able to see much.

Each mob can be bucketed and has its own drops. The fisherman villager has new trades too! Here are the main recipes.

Each potion can be turned into splash, persistent and arrow variants.

The sinking effect will make you sink to the bottom if you're in water or lava. It only works on survival.

The healing vigor effect will add 2 hearts and 4 saturation points every once you consume an item.

The mudskipper potion will give you the leaping, haste and weakness effect at once. It can be upgraded to a longer version with redstone. (The bottom row are leaping potions)

The ghost shark sting can be used to brew the longer version of the poison potion directly.

The poison protection effect will negate any poison damage. (The bottom row are long poison potions) 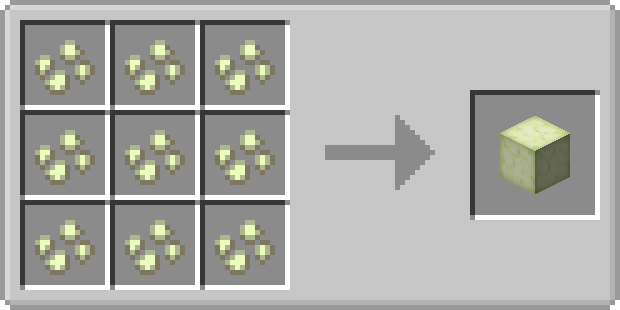 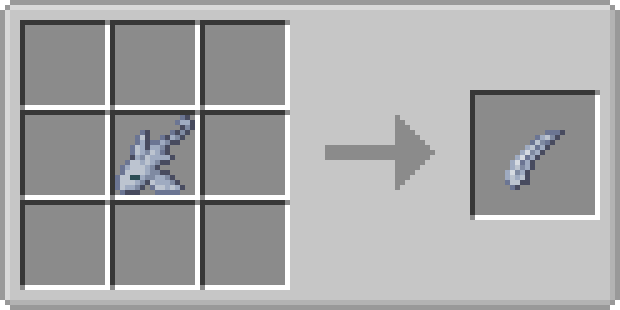 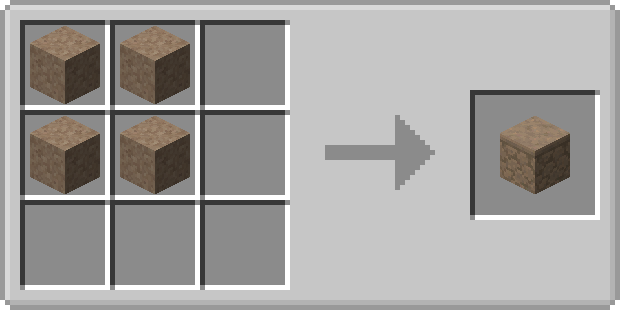 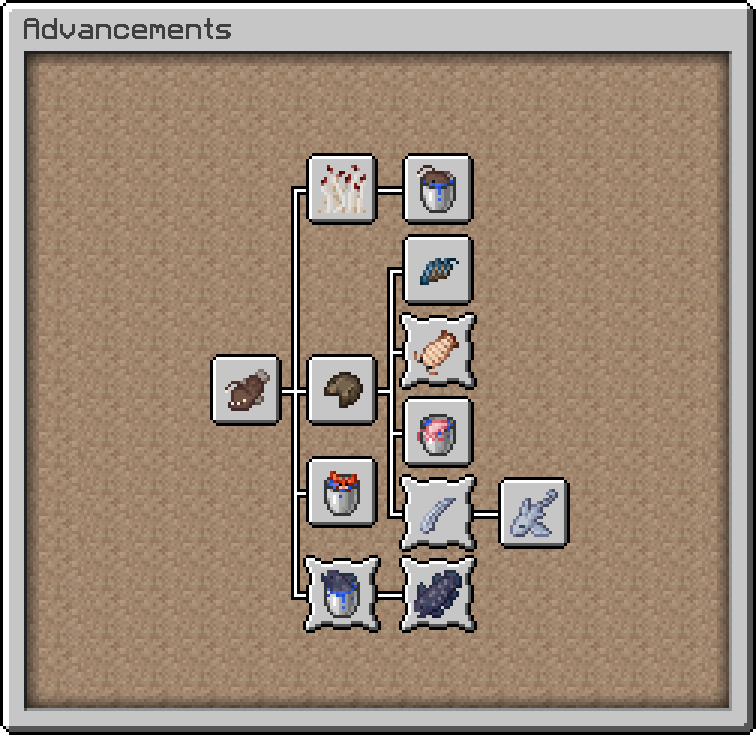 This as my first mod will have some bugs and issues since It has lots of custom code and custom coded animations for almost all animals in the mod.. Please let me know if you find any here in the comments or in the discord.

Any feedback is appreciated!

· Added a new advancement and removed the Responsible Parenthood one due to bugs (12 total).

· Fixed the spider crab not spawning.

· Fixed the isopod AI so now they can move on land.

· Fixed the coelacanth spawn rate, now they only spawn in deep ocean dunes when it's raining (still very rare).

· Changed the way the advancements appear on the menu.

· Removed the background music that would play on deep ocean dunes due to errors.

· Fixed a typo regarding the alpha mudskipper.

· Reduced the saturation the foods would give you to normal amounts.

· Added deep sea fish and deep sea fish buckets (8 variants).
· Added the alpha mudskipper and a new way to get fins.
· Added anemones which can poison you and other entities but not water creatures.
· Added custom particles for spider crab eggs (and they look really nice!).
·Added a new texture and animation for the spider crabs.
·Added a hunger system where mobs will hunt for prey after 8 minutes or so.
· Made a whole rework of the coelacanth mob, including a new model, texture, animations and ai.

Yo, this actually looks really cool!

What did you use to create the logo for this mod?

I used paintdotnet with some plugins, i could upload a tutorial in the future if people are interested

I would really appreciate a tutorial! My mods need better pictures.

Awesome!
With bit more content as good as the already existing one, it should deserve a MOTW in my opinion.

That would be great! i plan to fix any issues people can encounter before adding new things. But i definitely have plans for new content!

Exactly my thoughts! The mod is great, but I think it needs a tad more content to win MOTW :)

Upload this to curseforge!

Already done that! I've just updated the description with the link :)