Welcome back. I've just finished making the first version of The Dark Bloody Mod Series III. I hope you will like it and now let's go over it:

- The shop at the Spells Trader has been expanded!

- Spells in Wand Of Power have been expanded!

- Added "Stun" spell, which weakens and slows down the opponent, and of course deals damage. It occurs from Level I to Level V!

- Another new spell has been added: "Overpower". A spell that gives the player a lot of effects. 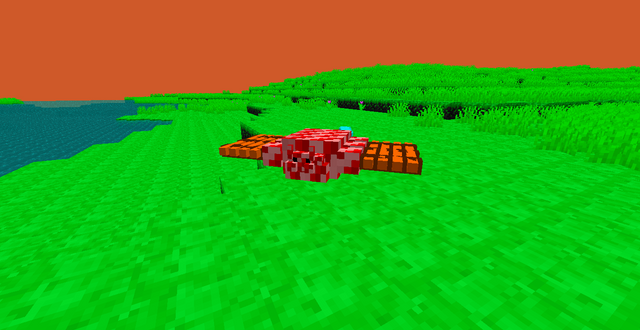 It can be found everywhere, it can fly, and it deals damage which additionally repels us! Has 25 HP and drops a coin! 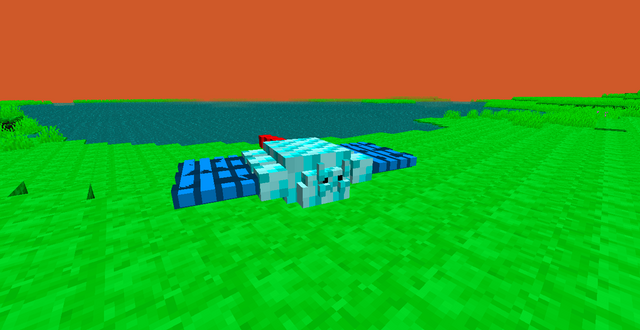 It can be found everywhere, it can fly, and it inflicts damage on us, which additionally repels us and strikes us with lightning! Has 35 HP and drops a coin! 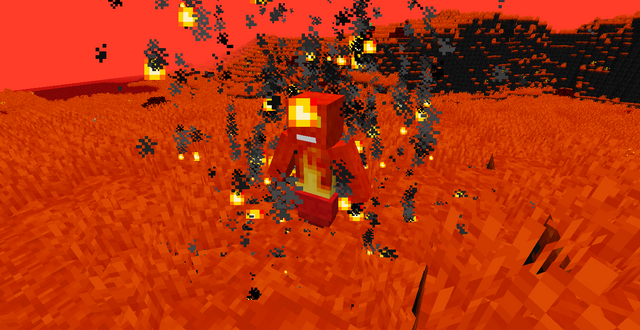 It is only found in the Nyrian biome, it deals damage to us by shooting a projectile of fire at us! Has 28 HP and drops a coin! 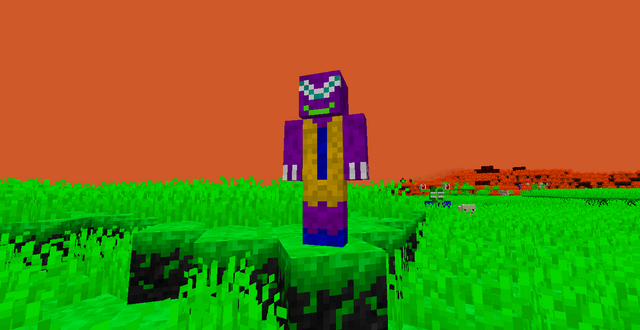 It can only be found on the Tripnery biome, it deals damage by shooting at us with the stun spell! Has 20 HP and drops a coin!

- These new items that drop from Teneblus and Feris will be needed to make the best sword from this version:

Series III takes place over 35 years before the events of Series I! Our main and only rival is the ancient ruler Emperor Feris who is resistant to damage from hand and melee weapons. Our task is to kill him and find out how The Dark Bloody dimension looked like before the Series I and what secrets it hides.

- Dark Bloody Stone returns naturally and in this series we can make a sword, sticks and tools from it!

- Many new achievements have been added!

- Three ancient biomes have been added that are ancient equivalents of biomes from previous series. Here they are: 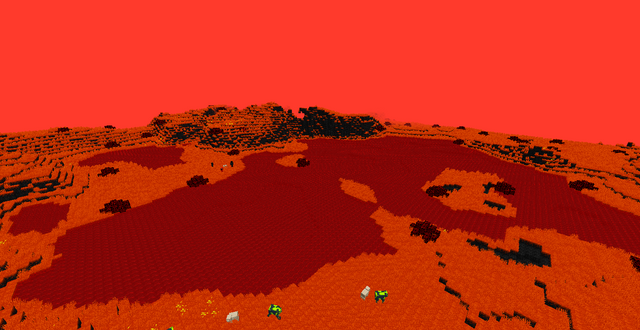 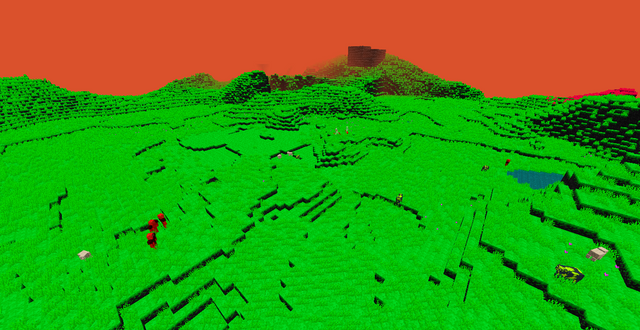 - With Dark Bloody Stone it is possible to create bricks!

- Now we come to the new raw materials:

Gold resource that is generated at heights: 12-4!

- Portal We build with the Redstone Portal Block which we create by burning the redstone block in the furnace and fire flint and gold!

- Stragmit is a new rock that generates on the Nyrian biome. This rock serves as a fairly weak fuel that we can turn into a stable version of this rock like? He'll find out later!

- Added 2 used blocks: Stabilization Table and Upgrade Block which will show you how to use them now: 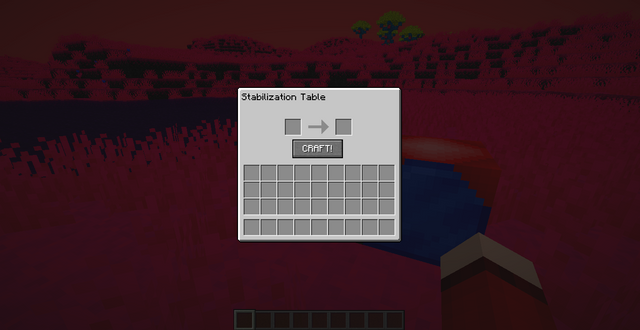 Put Stragmit in the left slot and click CRAFT! to make it stable! 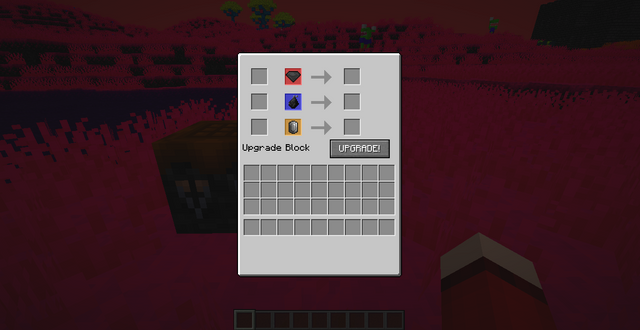 Here the matter is a bit more complicated but in order. I also added NPCs selling us swords, armor and spells, but more on that later. Coming back Upgrade Block is used to upgrade swords to 3 tiers. Below is a diagram of how to do this:

After arranging it in the right pattern, click UPGRADE!

- Now let's move on to the mobs that appear: 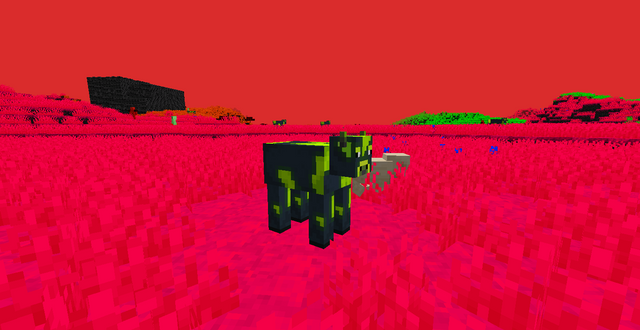 She has 8 HP is a passive mob and after his death he drops his meat which can be eaten or burned in the oven. 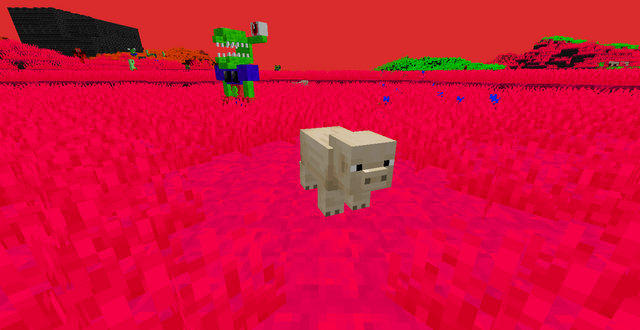 She has 10 HP is a passive mob and after his death he drops his meat which can be eaten or burned in the oven. 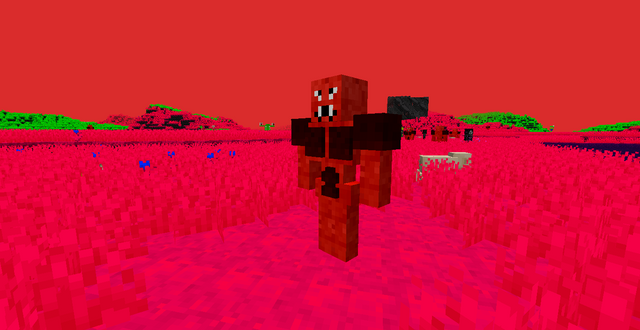 Has 20 HP, is hostile to the player and, like other aggressive mobs, drops Dark Bloody Coin. 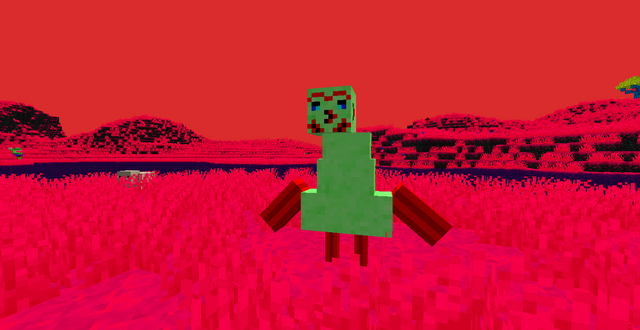 The Grand Orgie of Series I is back in its original version! Has 35 HP, is hostile to the player and, like other aggressive mobs, drops Dark Bloody Coin. 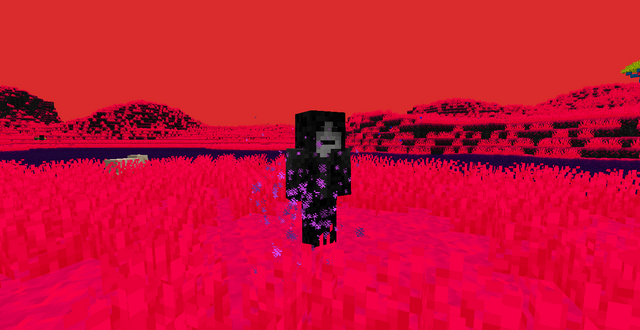 Has 25 HP, is hostile to the player and, like other aggressive mobs, drops Dark Bloody Coin. 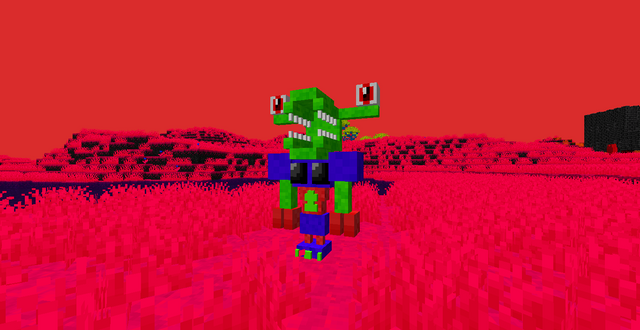 Has 28 HP, is hostile to the player and, like other aggressive mobs, drops Dark Bloody Coin. 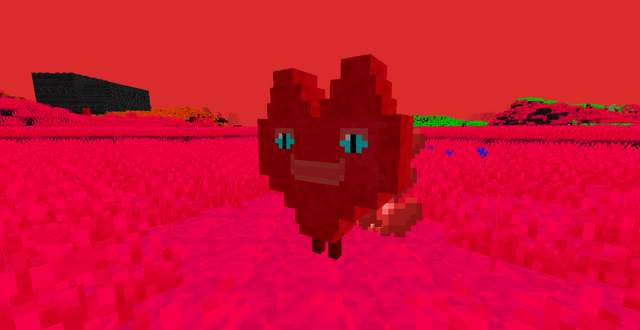 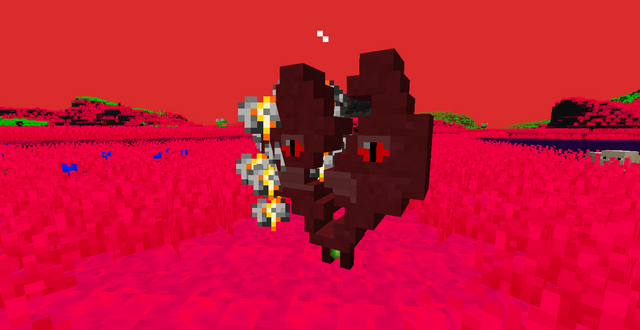 This first version is player-friendly and fires special love bolts that give players regeneration! He has 15 HP and after death, the heart is broken and turns into a hostile Hurt Lover attacking us with poisonous projectiles! Has 30 HP and drops Dark Bloody Coin. 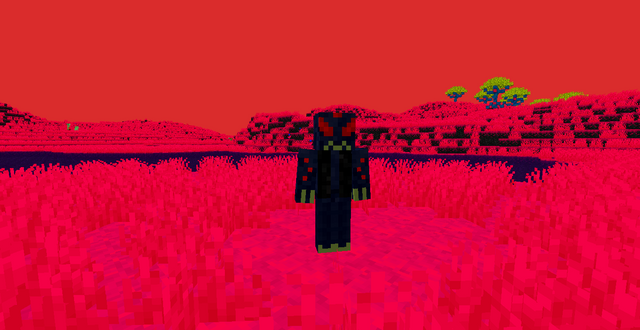 A still young boss from Series I. But don't get confused, it doesn't mean he's weak because He has 70HP shoots a dark missile and drops a boss totem about which later. In the modification, he is a student of the boss Emperor Feris.

- There is an ordinary villager and 3 NPCs selling us swords, armor and spells! 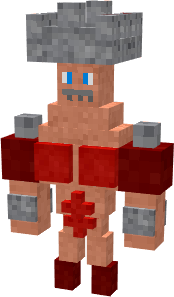 Ancient ruler of The Dark Bloody dimension from 1990 HP who is immune to damage from melee weapons and hand. Upon death, it drops an item that allows us to pass this series of modifications! A structure with monster spawners and loot chests! 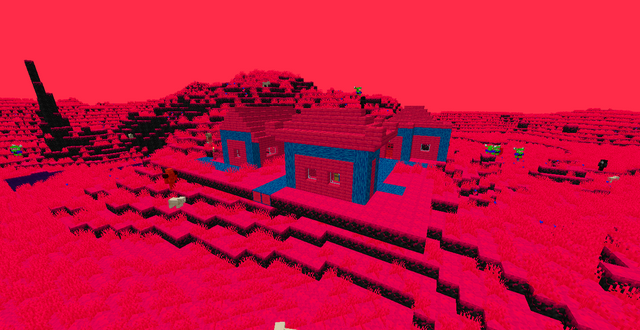 Villages that spawn only on the Mecrolands biome! 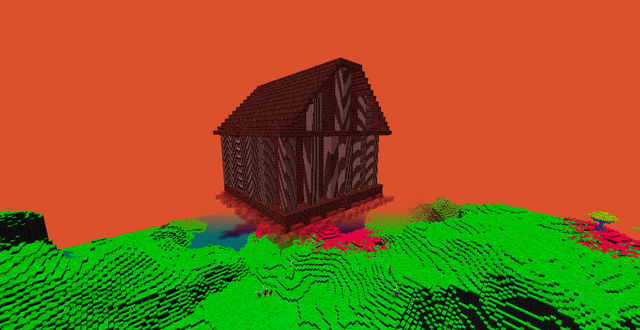 Structure generated in the air quite rarely and inside there are loot chests, spawners with mobs and a boss!

That's all of the more important things, you have to discover the rest yourself and I encourage you to download and evaluate positively!

That's good because he's supposed to be scary: D