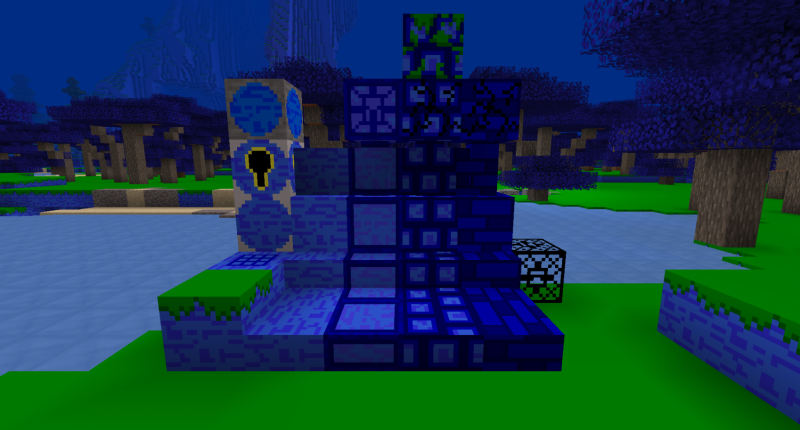 All of the blocks in the mod, inside of the Blugelatin Swamp biome. 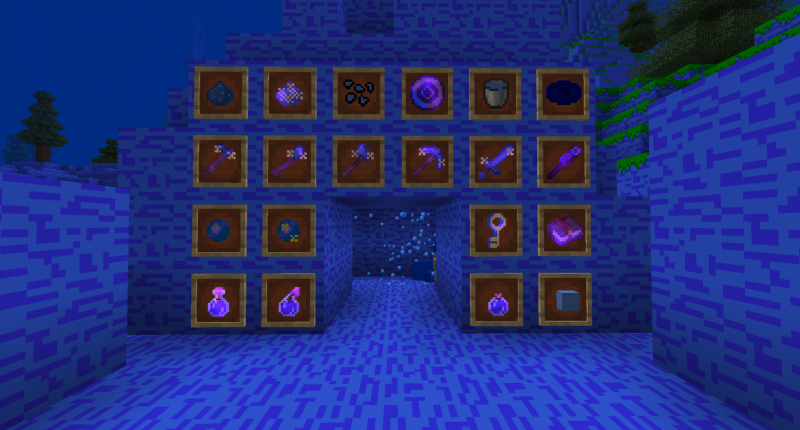 All of the items in the mod, next to a Bluestone Spire in the Bluestone Wastes 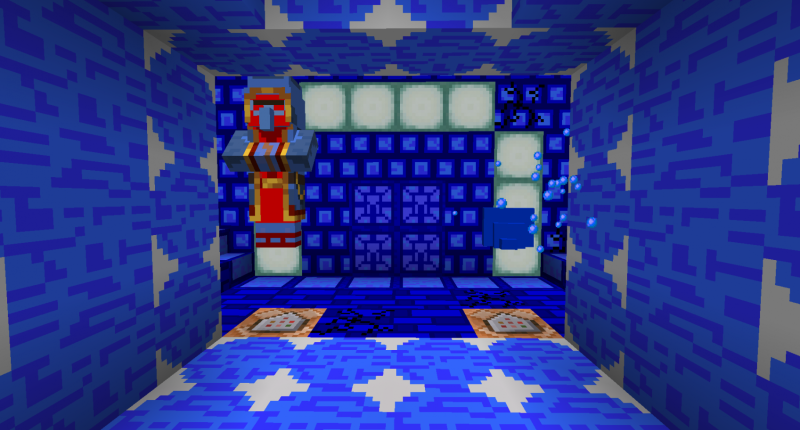 Both of the mobs in the mod, inside a Beast Dungeon in the Bluestone Mountains

My first mod! I was unsure which direction to take so I just made the idea for a simple ore: Bluestone. It quickly evolved into a larger idea, with the slightly useless bluestone tools able to be made into more powerful Charged Bluestone Tools that could act as other materials of tools and even be able to be Super-Charged to make them better than Diamond.

A new biome in the overworld called the Blugelatin Swamps, with a goopy new liquid called Blugelatin available inside.

A fun new block called Congealed Blugelatin that can be walked through, has gravity, and gives Slowness when you touch it.

A new dimension: the Bluestone Barrens! This very awesome dimension has two unique biomes in it, plus the Blugelatin Swamps, and has a unique progression system in order to find, access, and defeat its final boss: the Blugelatin Beast. Travel to the Bluestone Wastes to collect the Blue Keys and the powerful Potion of the Gelatin Master, and then scale the Bluestone Mountains and unlock the entrance to the Beast's Dungeon.

I plan to maybe add more content in the future, including-

A wandering trader's shop in the Bluestone Barrens.

im sorry no one downloaded ur mod

This mod was uploaded less than a day ago, most mods don't get downloaded in their first day :/

Hi I've only been here for a couple month based of the pictures and my (Nonexistent) Experience Nice start. ALso I hope the mod is good I downloaded it also you probably have more mods by now lol

Thank you! I plan to update this mod a bit more before making any other mods.

Okay Cool! Hope the updates make it even better!