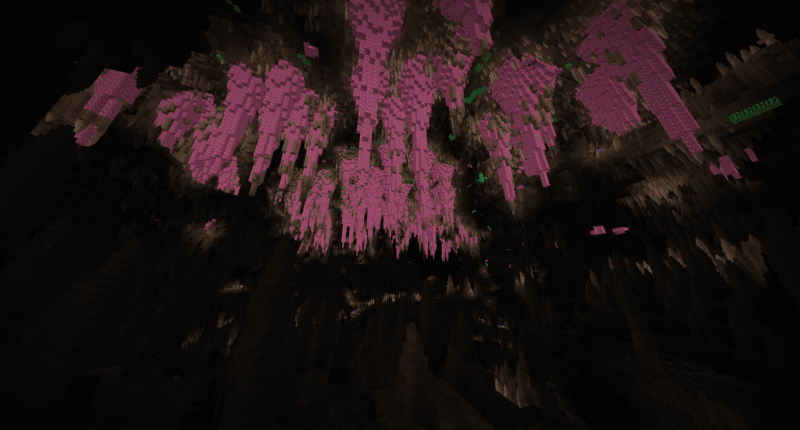 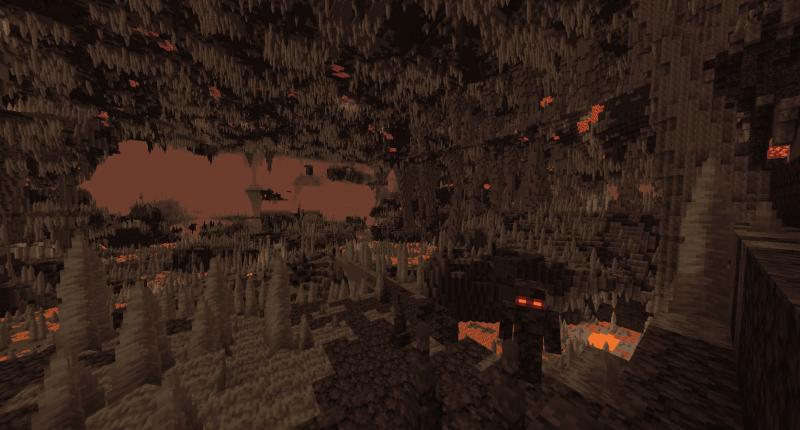 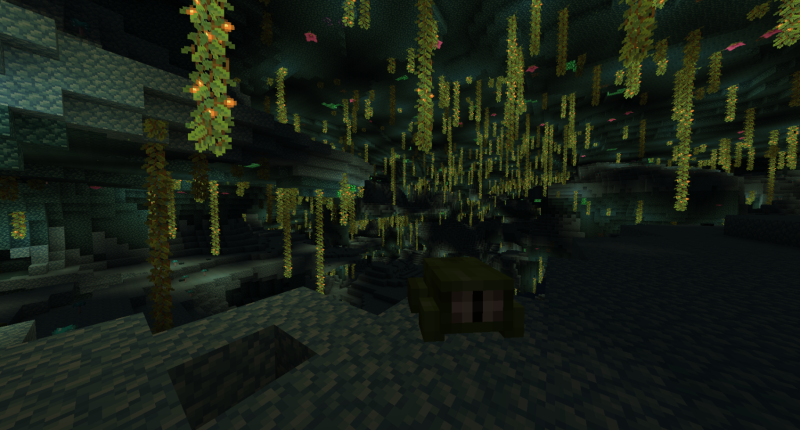 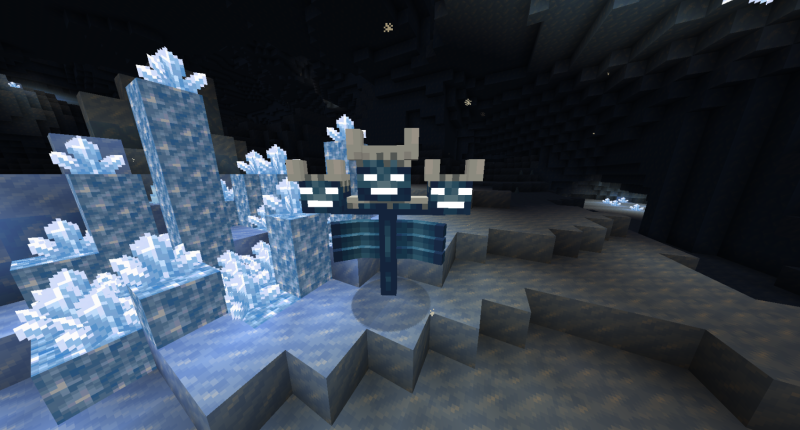 Frozen Wither on the 6th layer 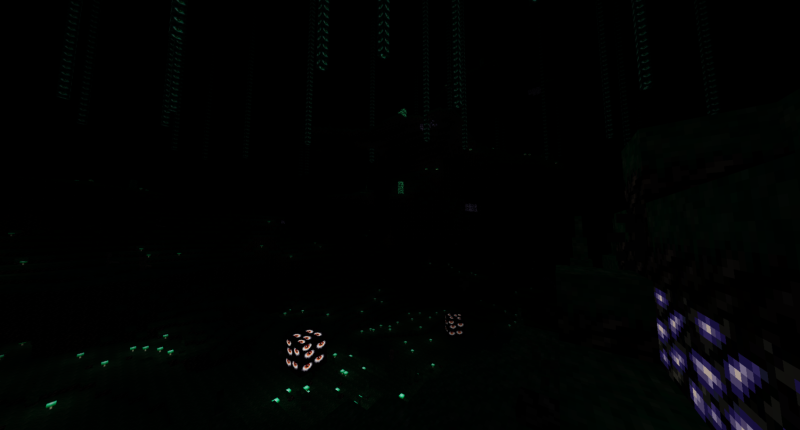 Ever wondered what lies between the Overworld and the Nether? Or what unexplored depths lie beneath the Nether? Well now you can venture deeper than ever before, though caverns of rock, crystal and ice, in the hope of finding what treasures lie deep beneath the surface. But be wary, for there are far worse creatures than any nether dwelling monster lurking in the shadows of the deepest parts of the world.

This mod can be used with the Immersive Portals dimension stacking feature, however that only works in 1.16.5, (at the time of writing this at least) so the dimensions are instead accessible by normal dimension portals. In the 1.16.5 version portals can be disabled using /gamerule infiniteAbyssPortalsEnabled false so the only way to get to them will be digging.

Dimension stacking is not on by default, you will need both 1.16.5, the Immersive Portals mod and to enable dimension stacking, there is a tutorial on that here: https://qouteall.fun/immptl/wiki/Dimension-Stack.html

Use JEI so you know how to do certain things and JER so you know where ores generate/what mobs drop what if you're having trouble with that. Also for other info like tool strength needed to break blocks you can use mods like this or this. You are automatically given all recipes added by this mod when you first join a world so you may not need JEI.

No. I will attempt to get reposts of the mod taken down.

How finished is this mod?

Since this is the first release of the mod, some features will likely be changed or replaced based on my own ideas and community feedback, this version of the mod is, as far as I know, playable, free of major bugs and enjoyable to play, however it is likely not finished, few mods only get one published version.

Will this mod be made to work in version X?

What version should I use?

Are there any Incompatibilities?

I do not know of any specific incompatibilities between this mod and other mods, however if you are using the 1.16.5 version with Immersive Portals then check here to see if other mods you want to use are compatible or not

Video of the mod in 1.16.5 with Immersive Portals dimension stacking: https://www.youtube.com/watch?v=B0jBOm0dUKA

If you wish to include this in a modpack please contact me.

Fixed Guardian Armor having 5 instead of 7 for the leggings damage value, changed Slimy Deepstone being named Deepstone, changed various items to need breaking power 5, changed Sapphire Box to Sapphire Crate, Added monster rooms to layer 1, changed Charium Ore to need breaking power 6, gave Mechanical Heart the "Used as a drill component" subtext, made respawn anchors work in the layers, changed pickaxe speed to 1.2, moved Frozen Skulls advancement to go after the Go No Further advancement, changed Wither Artefact to be crafted with a Flawless Charium rather than Shadow Key, Fixed Slimy Deepstone not generating right in 1.16.5.

Logo needs a different aspect ratio cause it looks weird in mods list but I'll get that fixed later today.

😭😭😭😭That took way longer than it should have and now it looks bad on the actual mod page - but it does look better on the mods list at least.

i lvoe this, absolutely