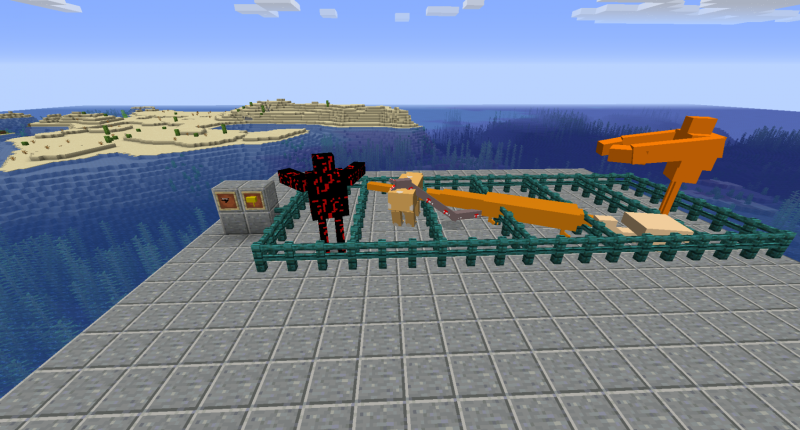 This mod is a mod that adds two new weapons and six new mobs for you to find around your world by exploring and hunting them. All the mobs are neutral and will not attack unless provoked.

First element(huntinggun) This is a gun that shoots iron nuggets and has a limited durability. Does not one shot the mobs. The gun is crafted by three iron nuggets on top, three coal on the middle and three iron ingots at the bottom.

Secon mod elemnt(the knocker): The knocker is a powerfull hammer that has twenty two attack damage however the attack speed is slow. The Knocker is crafted by six gold ingots that are place on the top of the lines (horizantally) in the crafting table and a stick in middle of the bottom line (horizantally).

i really like the mod you made. its interesting :)

Thank you I hope you enjoy