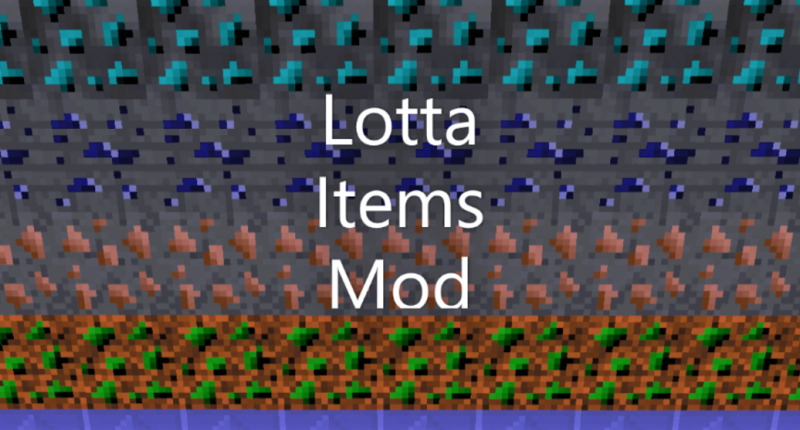 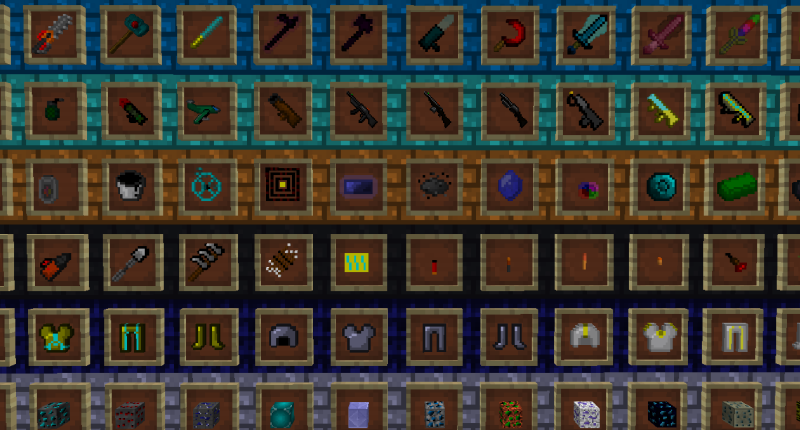 A variety of items on item frames. 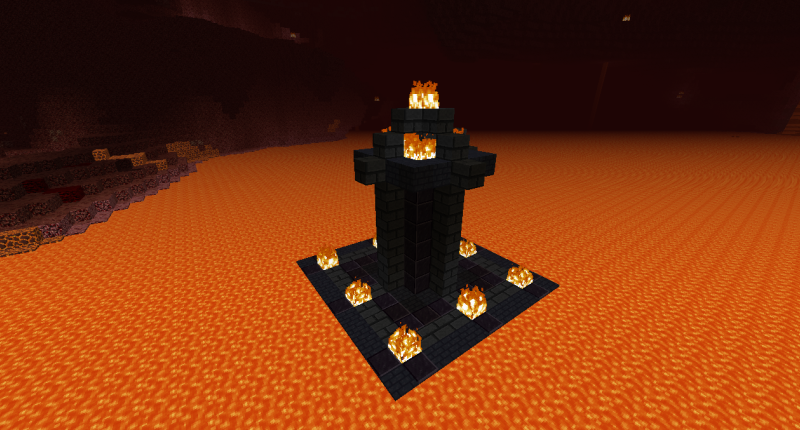 A structure that spawns in the nether called the Nether Shrine. 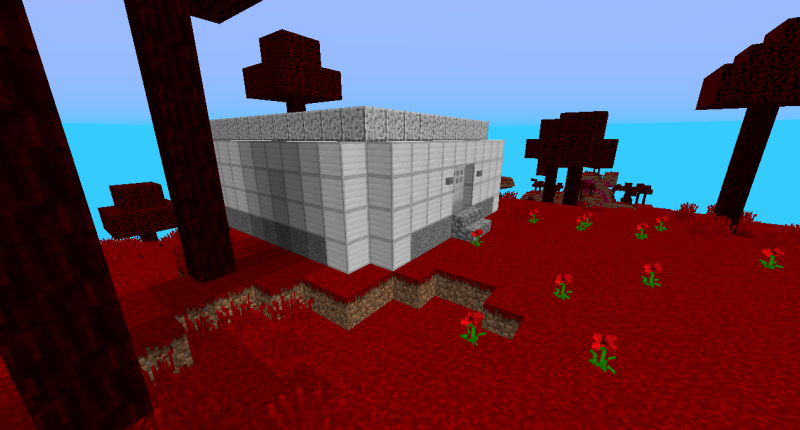 A structure called a lab in the Lab Outgrowth dimension. 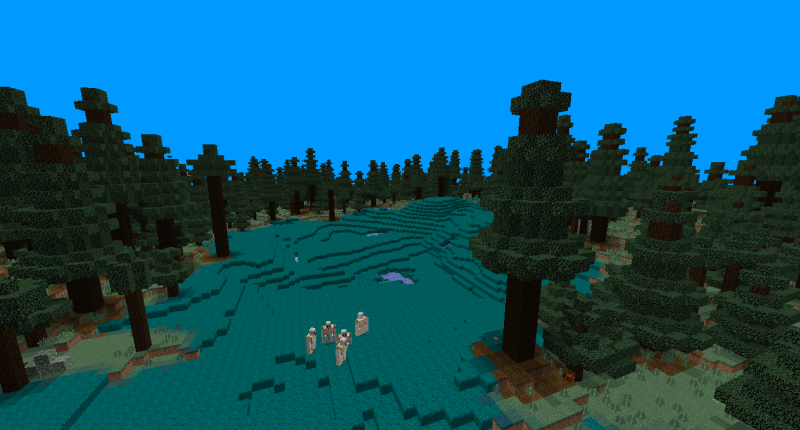 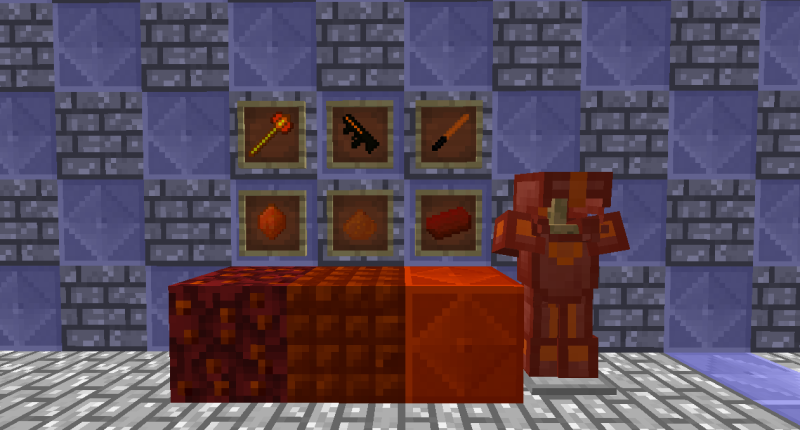 This mod has been my pet project since around 2017 (4 years at this point in time). I have made a few different prototypes over the years, resulting in this magnificent creation. Hundreds of hours have been spent creating, in my view, the ideal mod for veteran Minecraft players; a lot of mining and new building materials with loads of weapons. Lotta Items Mod introduces hundreds of new items/blocks, and new hostiles, armors, structures, and dimensions! To weed out my mod from the rest, I have also added a few mechanics that I feel set it a part, like reloading and magazine capacity. Implemented are many machines; some for crafting, some for digging, and some for shopping. Many new foodstuffs have also been introduced, like the sunberry, the cucumberberry, tea, and cooked eggs (as well as a dragon egg omelette). There are many new bosses, as well, including many advancements. For extra information about the mod, like crafting recipes and how to different build portals, check the computer I modded in. Be sure to look out for environmental story telling! I have massive plans in the future of this mod. There is also a new command: /construct. I implemented this for the purpose of positioning the structures for my screenshots.

The 1.16.5 version is now available for download, but this comes with a slight downfall. I fixed some broken mob textures, but this resulted in their weapons and armor becoming invisible. They still have the gear... but its invisible. Some of the textures were ment to specifically have armor, so the overall quality of my mod has been reduced some. :( Will work on this problem.w

Texture changes for the following items:

I hope you enjoy it. For the past week, I have spent hours working out the kinks, and fixing even the smallest things. Stay tuned for updates.

I acknowledge this, and have actually been working on making some of them better. I`m not that great of an artist, never have been, probably never will be, but I can still improve.

i can do the textures for ya!

I will be on vacation for a while. We can talk about this in 2 weeks or so.