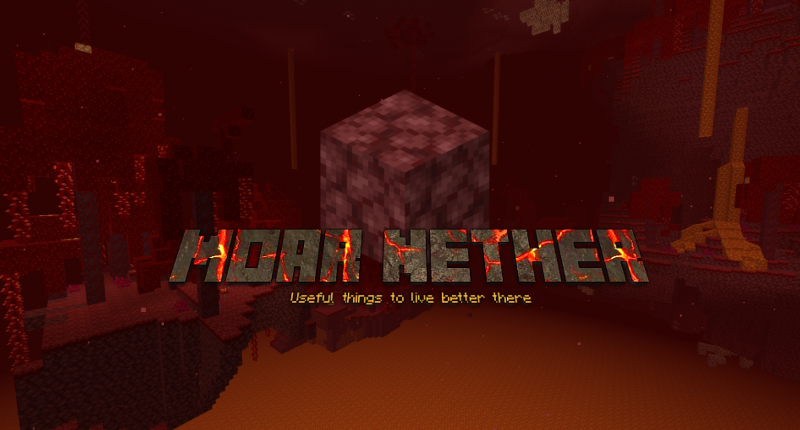 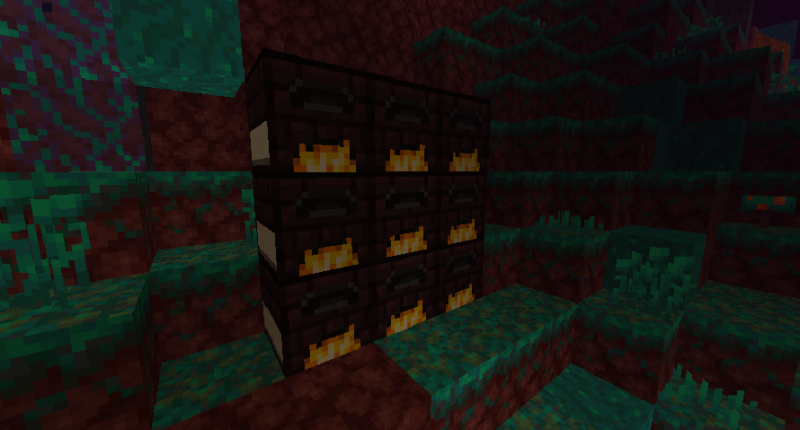 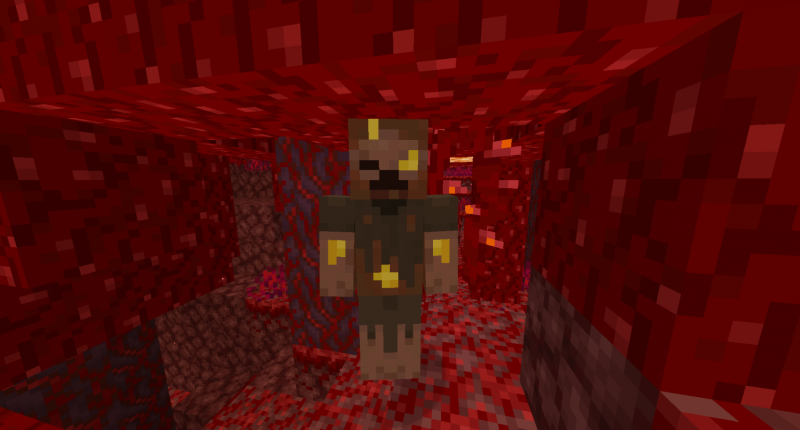 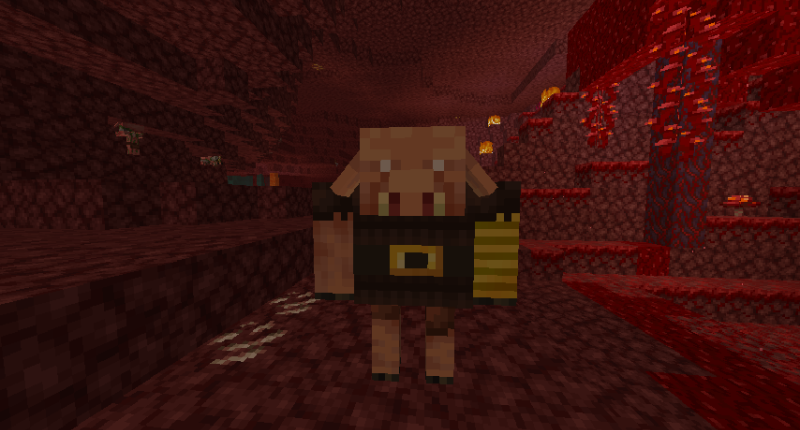 A mod about enhancing quality of live in the Nether

The Nether Furnace works like a regular furnace exept you don't have to provide it with fuel. In the Nether, there is so much heat that this furnace smelt items by itself.

To craft the Nether Furnace :

When right-clicked, it opens the following UI : 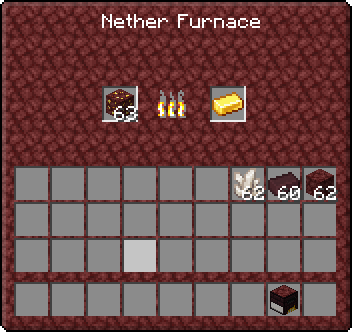 There is an input slot where you put the smeltable item/block (example : Nether Gold Ore) and an output slot. Every smelting process takes 200 ticks (= 10 seconds).

Molten Gold is a new liquid obtainable by placing a gold block in the Nether. You can achieve 3 new challenges advancements with this new fluid and create new decorative blocks called statues. 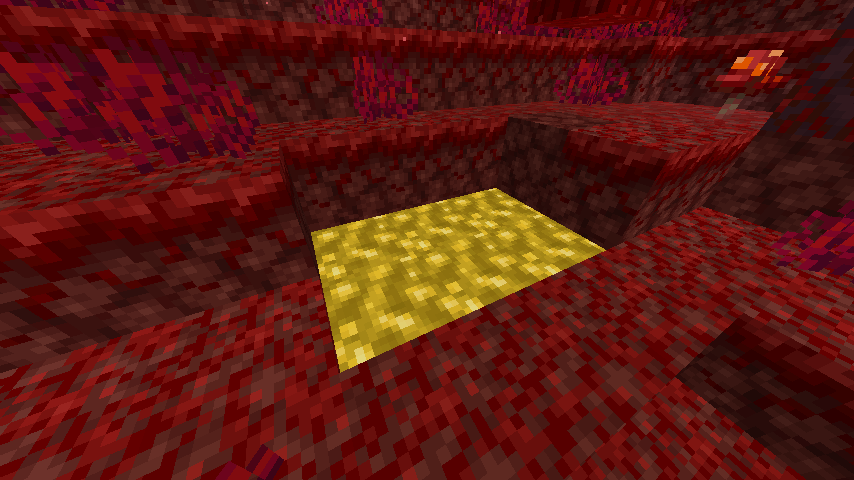 Golden Statues are new decorative blocks. They come with a zombie, creeper and player variant, and many more mobs are to come. To create them, you need to trap a mob or a player/yourself inside a pool of Molten Gold. Once the mob dies, the statue appears. 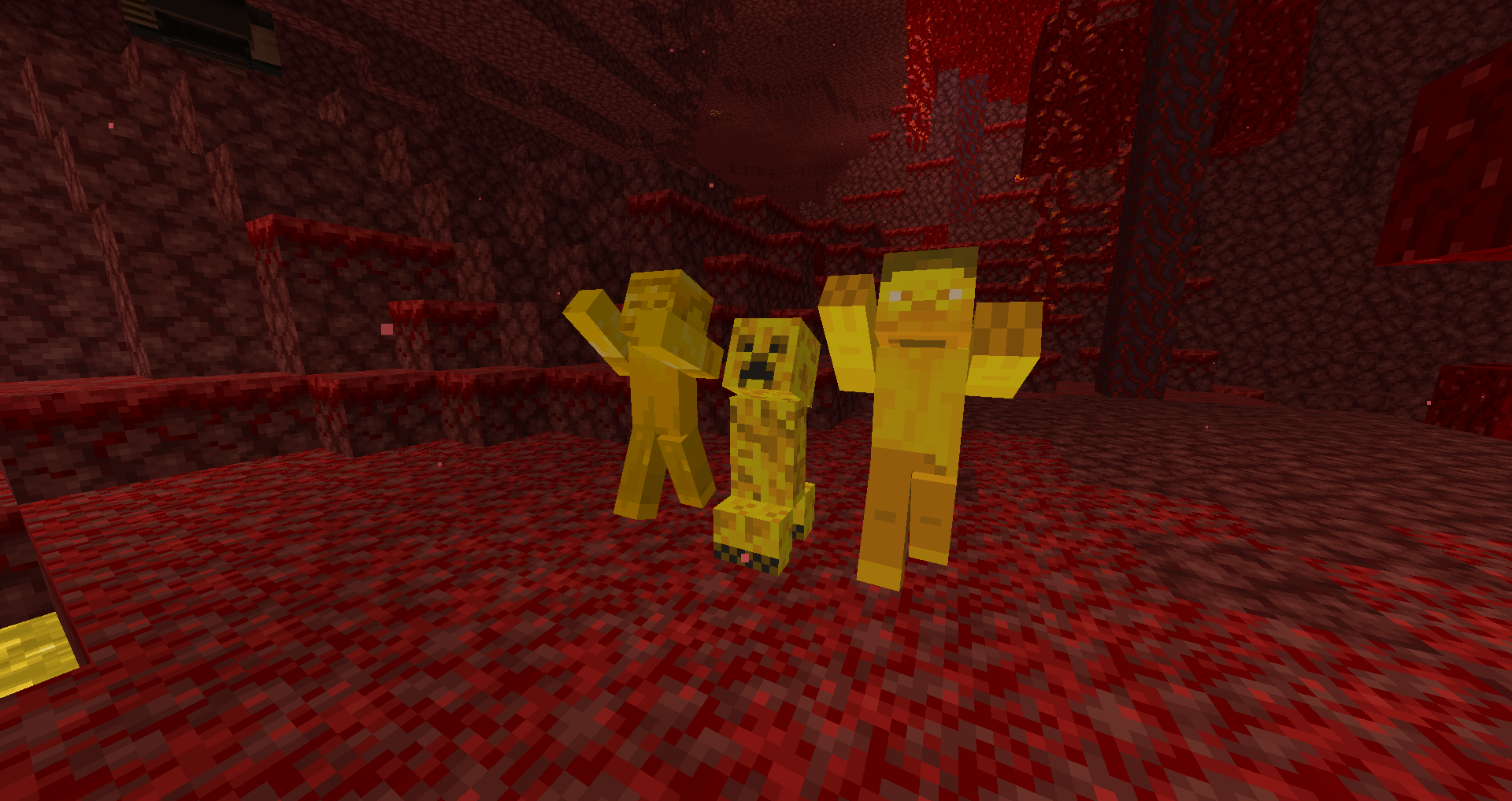 The Burned zombie variant is a new mob that only spawns in the Nether. The harsh temperature of this hell-like dimension made undead people burn. They mixed with some dripping gold and appears almost everywhere. 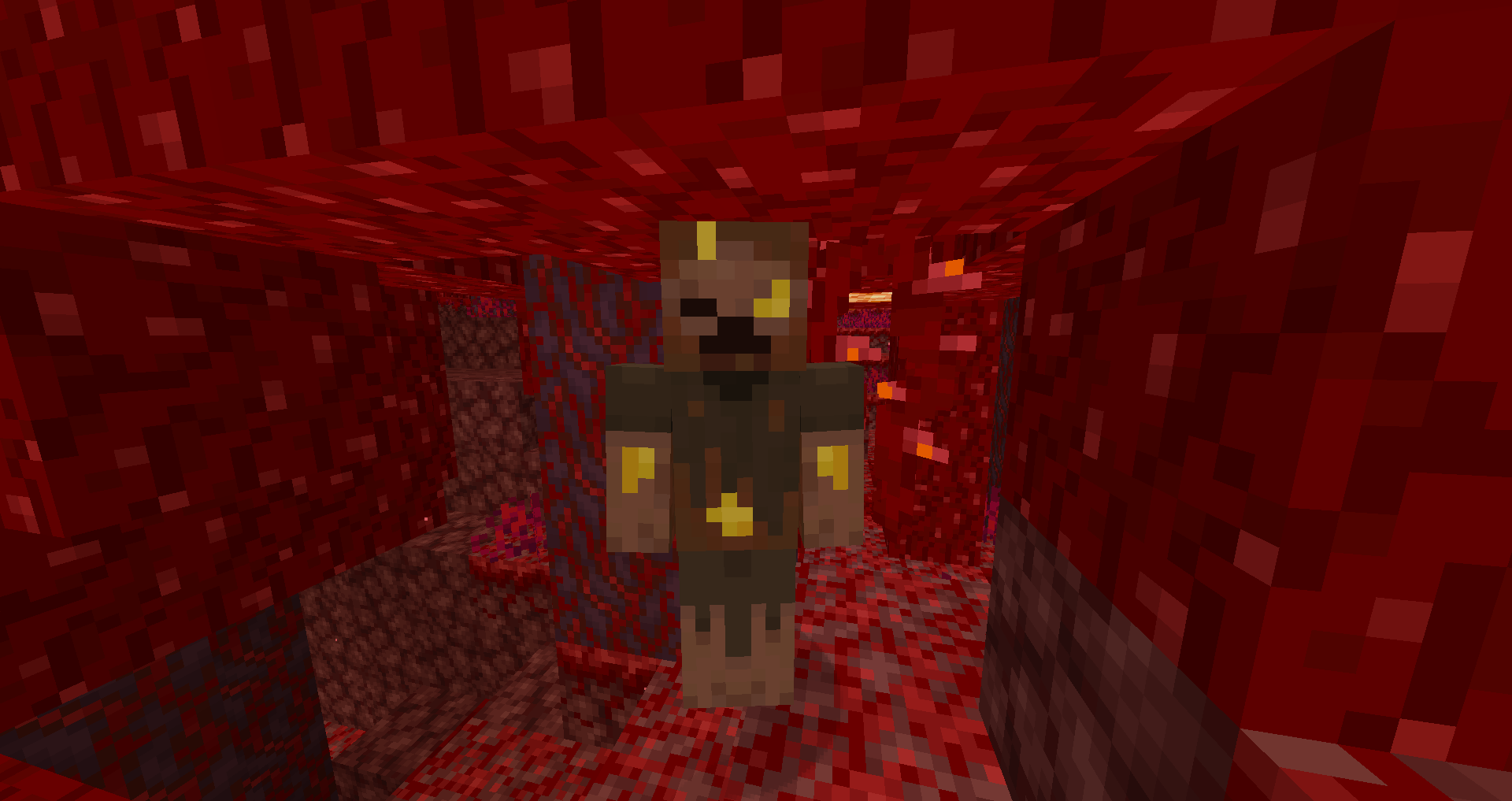 They drop a new type of flesh : Burned Flesh (50% chance of having Hunger instead of 80% for Rotten Flesh and 5% chance of getting Fire Protection) and also 1 Gold Ingot sometimes. 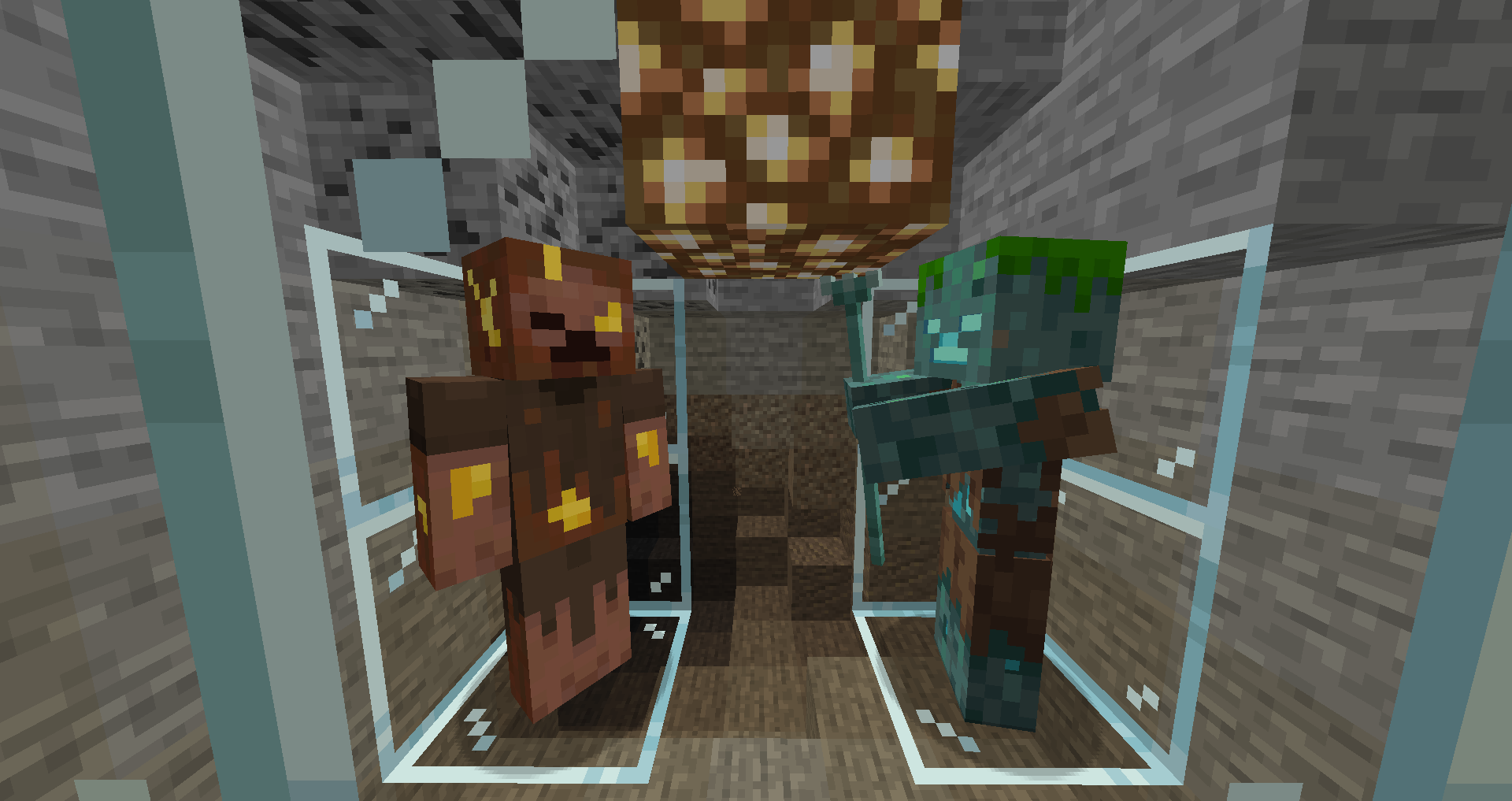 What suffering do you want to endure ? Burning or Drowning ?

Heavily inspired by the Piglin Merchant from Minecraft : Dungeons, this mob is a trader that wanders around the Nether to find people who are willing to buy stuff. Like everyone of their kind, they are attracted to gold. They also avoid each other and attack Hoglins/Zoglins on sight. Be careful to not punch them or you will be in deep trouble. 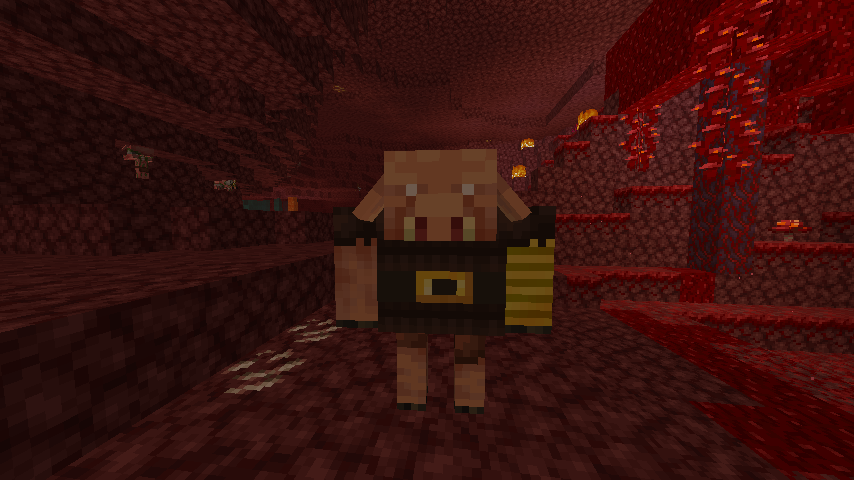 They are really cute and scary at the same time

When you right-click on them, a new trading GUI appears (similar to villagers) : 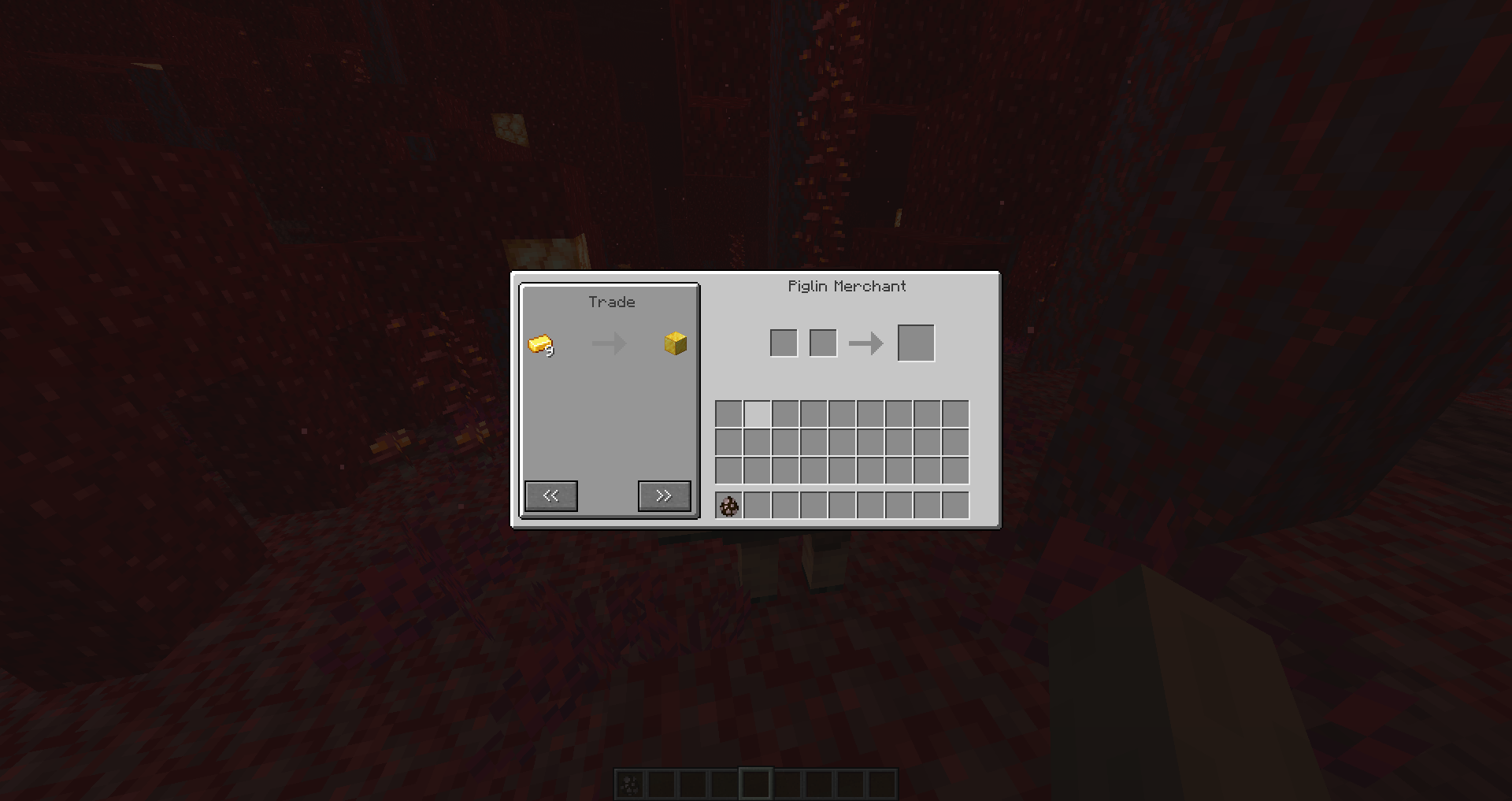 You can select the trade you want to make with the screen on the left, and you put your inputs on the right. For now, there are only two trades possibles (for testing purposes) and trades aren't random (coming soon).

Thanks a lot ! A lot of new stuff incoming soon :)

Thanks a lot ! A lot of new stuff incoming soon :)

Glad you like my mod. New updates soon, stay tuned :)

Cool mod. I think it's not a good idea try to scam the Piglin Merchant...

And definitely not, my friend. You really don't want to mess up with them...