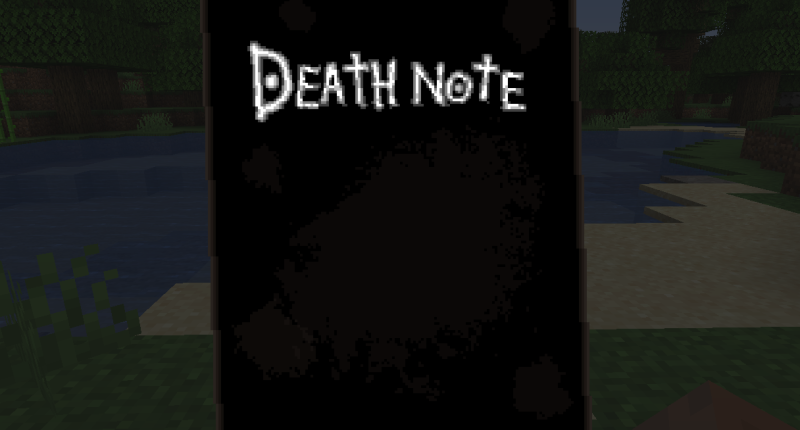 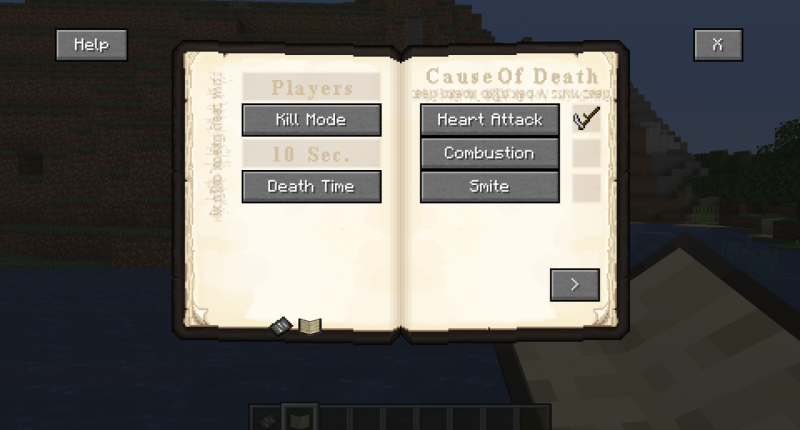 The options section of the Death Note 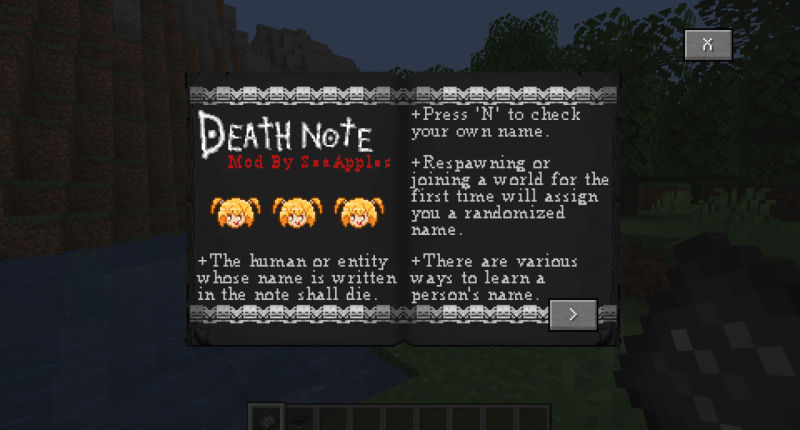 The rules sheet; explains various details about the mod when used in-game 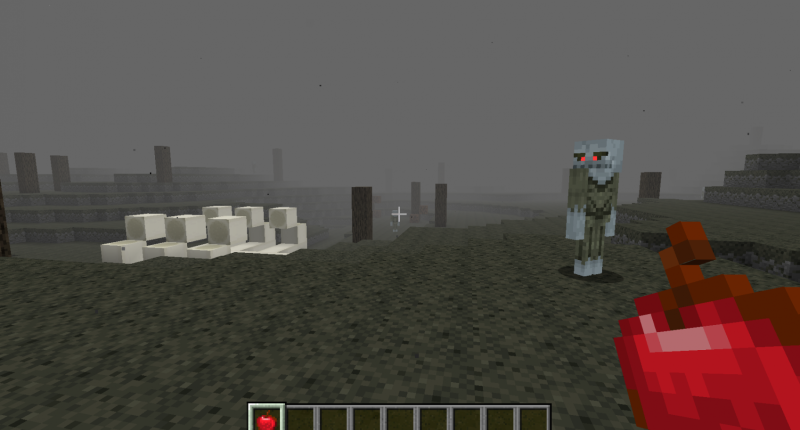 The shinigami realm, including one of it's residents 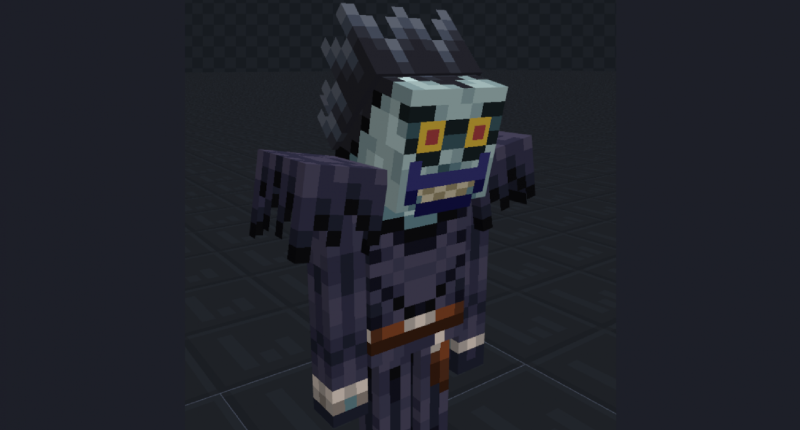 This mod aims to replicate features from the Death Note anime in Minecraft.

The Death Note can be used to kill both mobs and players, but players are protected with a new 'name' system. Press 'N' to view your current name (the key for this can be changed in the game options). A new random name can be assigned either by respawning or by using a name change form. If you have written in the Note, you will be doomed to respawn in the Shinigami realm. To undo this and return to the normal world, bring a shinigami an apple by right-clicking them with it. Apples can be found in the Shinigami realm by breaking the leaves on the dead trees scattered around (The Shinigami realm can be disabled in the game rules). To write a name in the Death Note, type the desired name into the chat with 'T' and hit send while holding it in your hand. Whatever you type in the chat while holding the Death Note will not be shown to anyone. You can right-click with the Death Note to view various options, including the time and cause of death. Additionally, you can make a deal for the Shinigami Eyes or relinquish the Note on the second page. To make the deal for the eyes, you will need an apple, golden apple, or an enchanted golden apple. A normal apple gives the Shinigami Eyes effect for 1 minute. A golden apple is 5 minutes and an enchanted golden apple is 10 minutes. When the effect runs out, you will die of a heart attack. With the Shinigami Eyes, you can see a mob or player's name by right-clicking on them or hitting them. A 'name scanner' can be crafted, and displays the name of the person standing on top of it. Ryuk can be revealed or dismissed on the second page of the Note. Keep in mind that anyone can see him when he is revealed, so he may give you away in pvp situations. He will get bored and leave on his own after a certain amount of time. He can be fed apples, which gives him extra speed and increases the duration of his stay.

Yoooo the textures and models are awesome !! And the way to use the death note and the other gameplay related features is kinda clever. That's some nice work :D