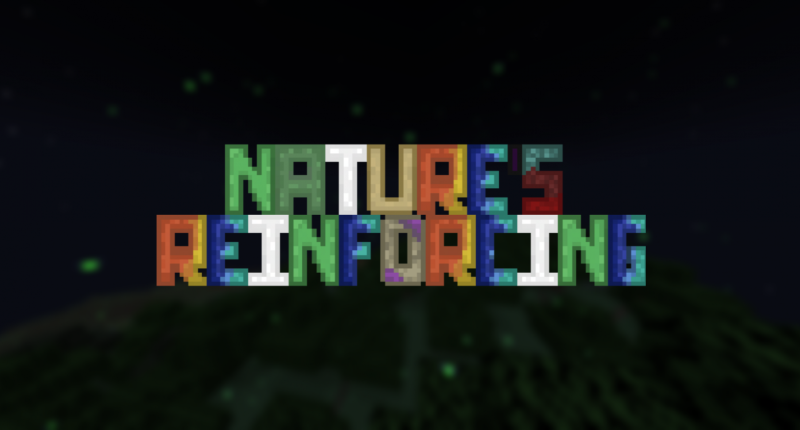 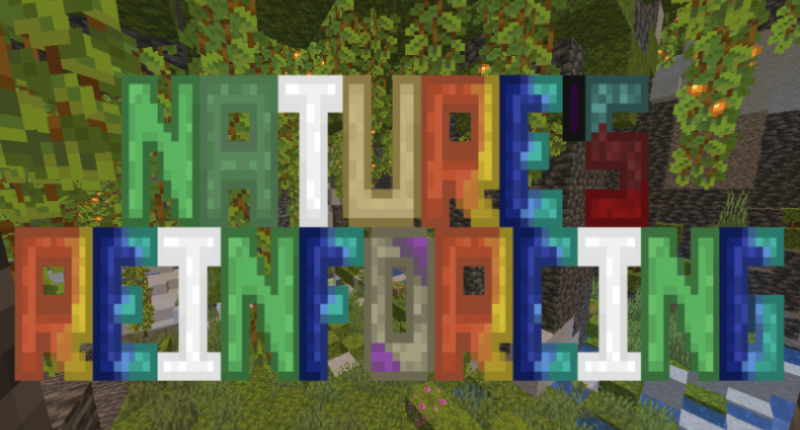 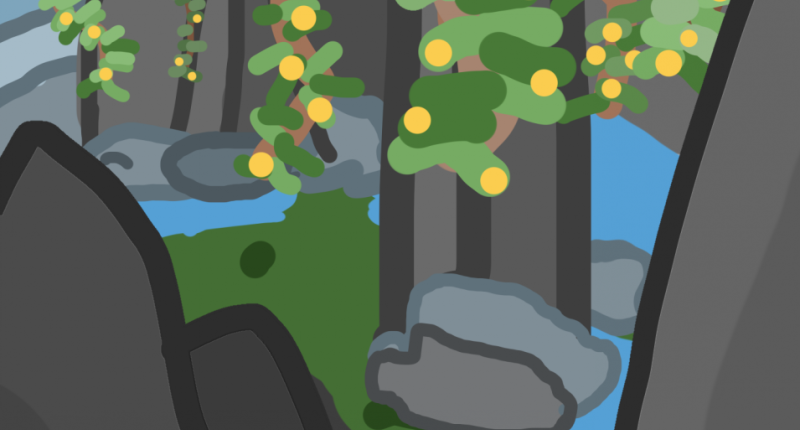 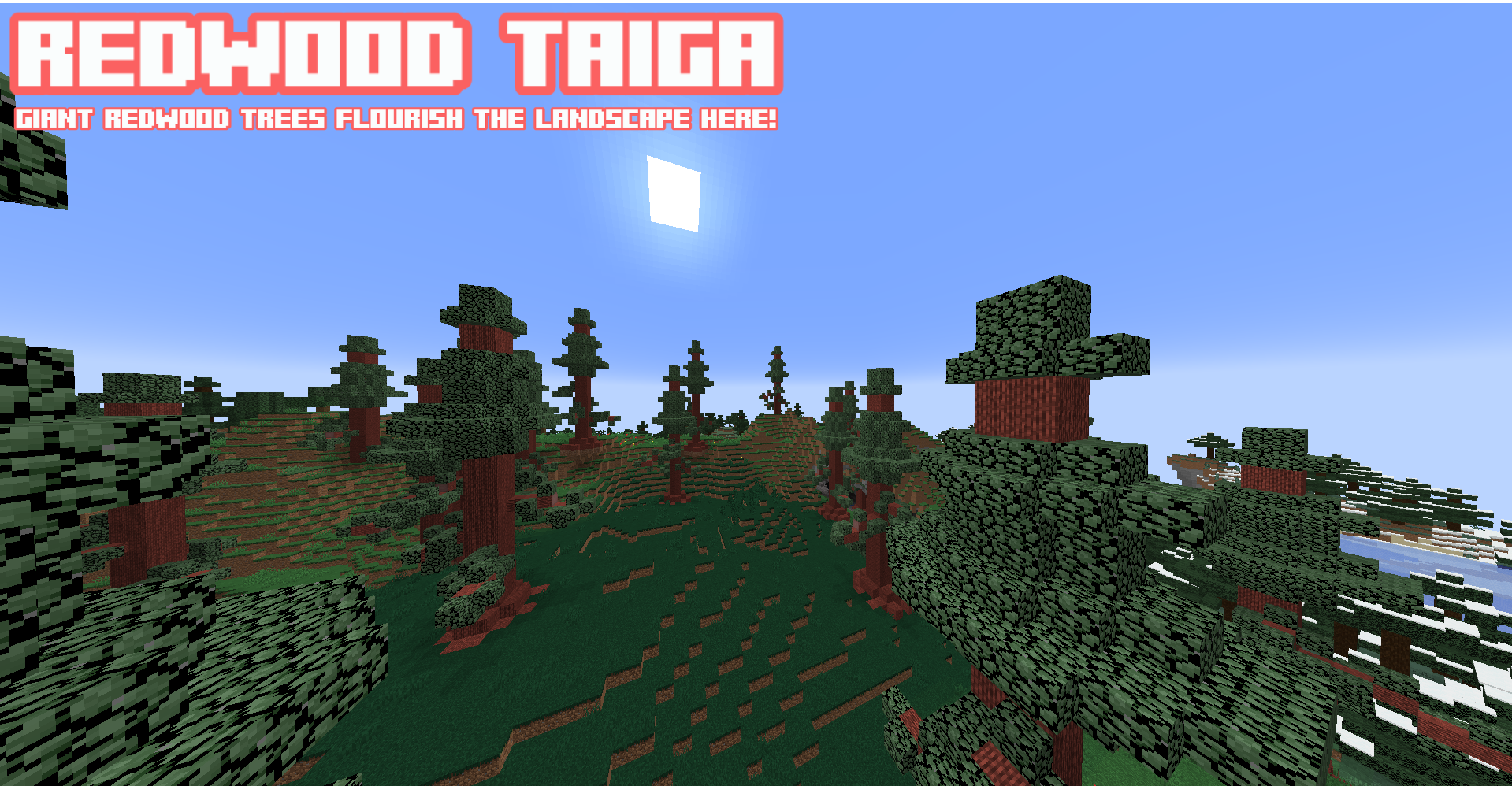 Redwood trees spawn here, and soo doo thee Mooose! (no seriously, that was intentional, minus the name. This screenshot is also outdated.) 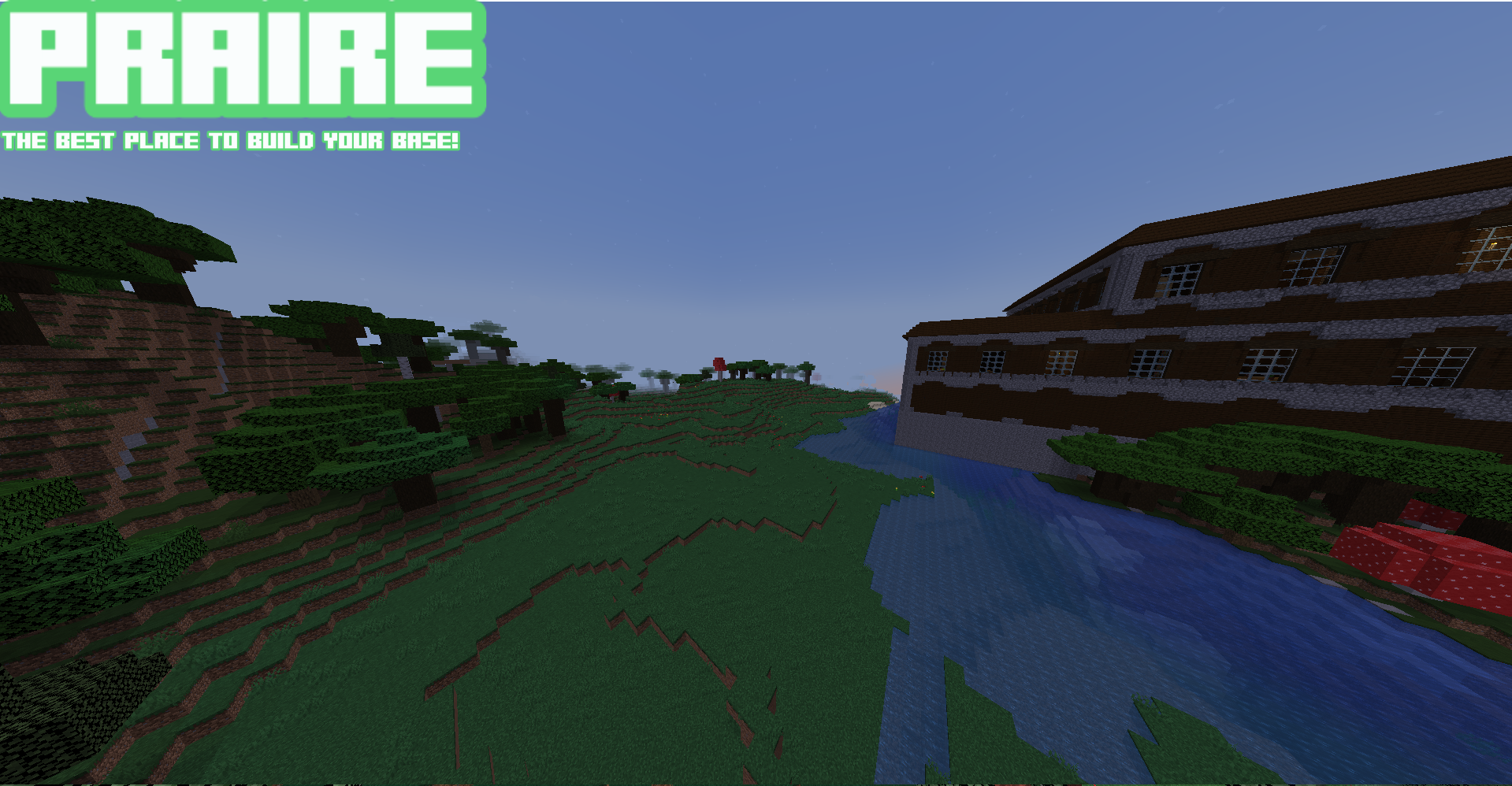 The best place to plant your base, even the Plainworms set their home here! (Note: Plainworms are extremely small, so you might not even see them!) 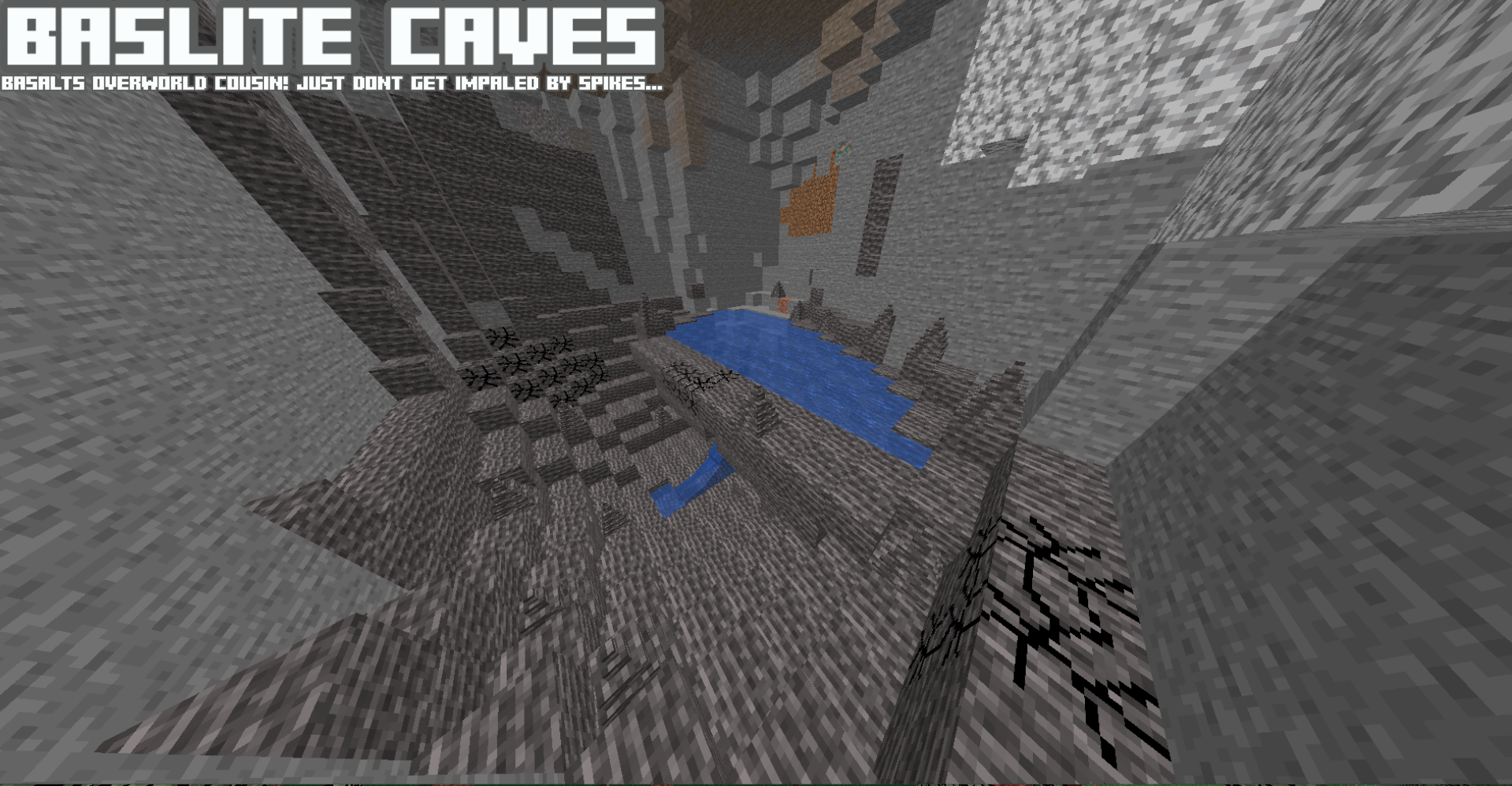 Filled with the brand new Baslite blocks! You can use them to build bricks, but the spike are also deadly. 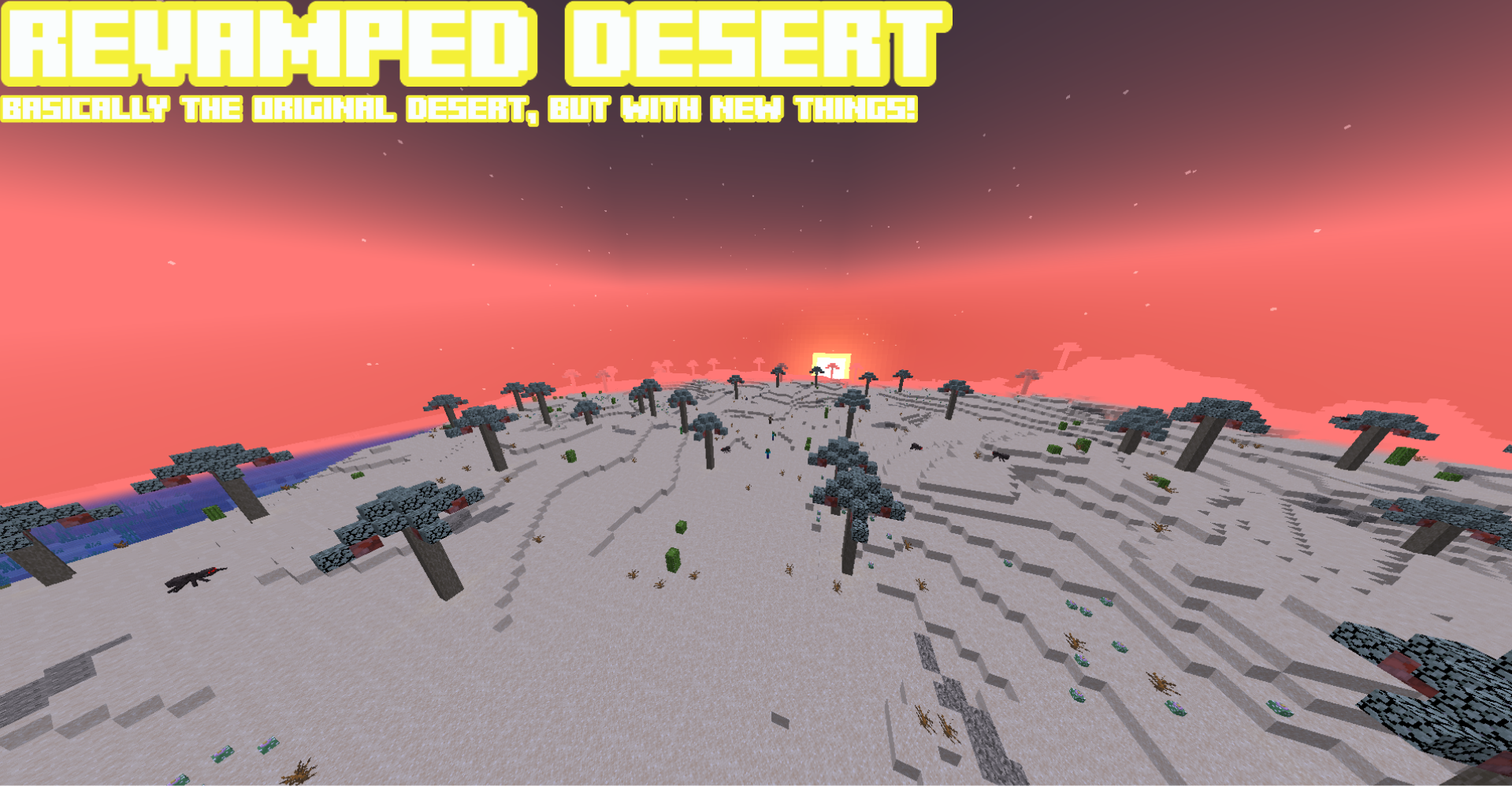 It is quite literally the normal Minecraft Desert, but with things like Palm trees, dates (the things in the palm trees), eroded sand, and cacti balls!

This is the main part of this mod! All of these mobs can be found in parts of your world, to make your world more lively! 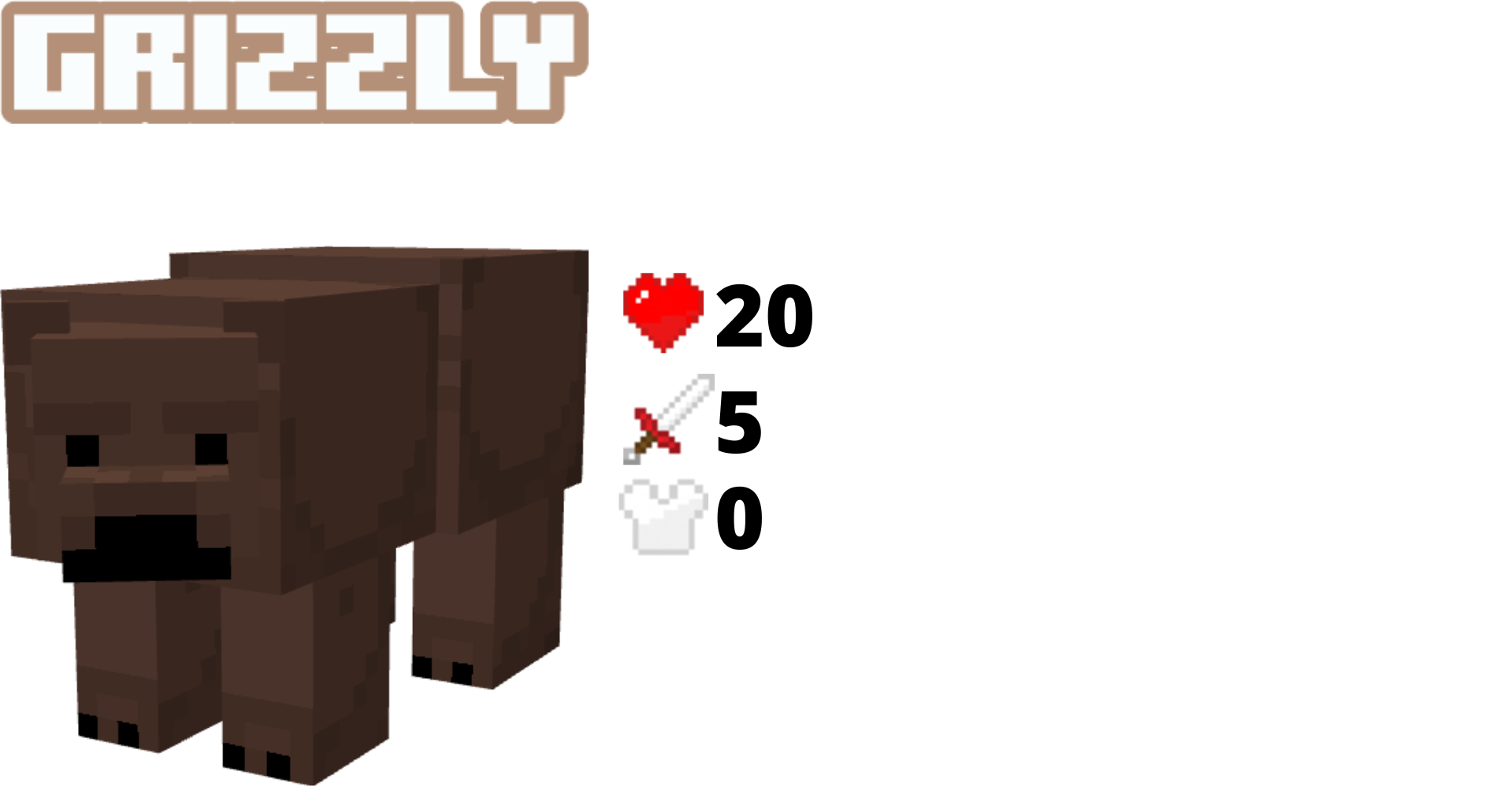 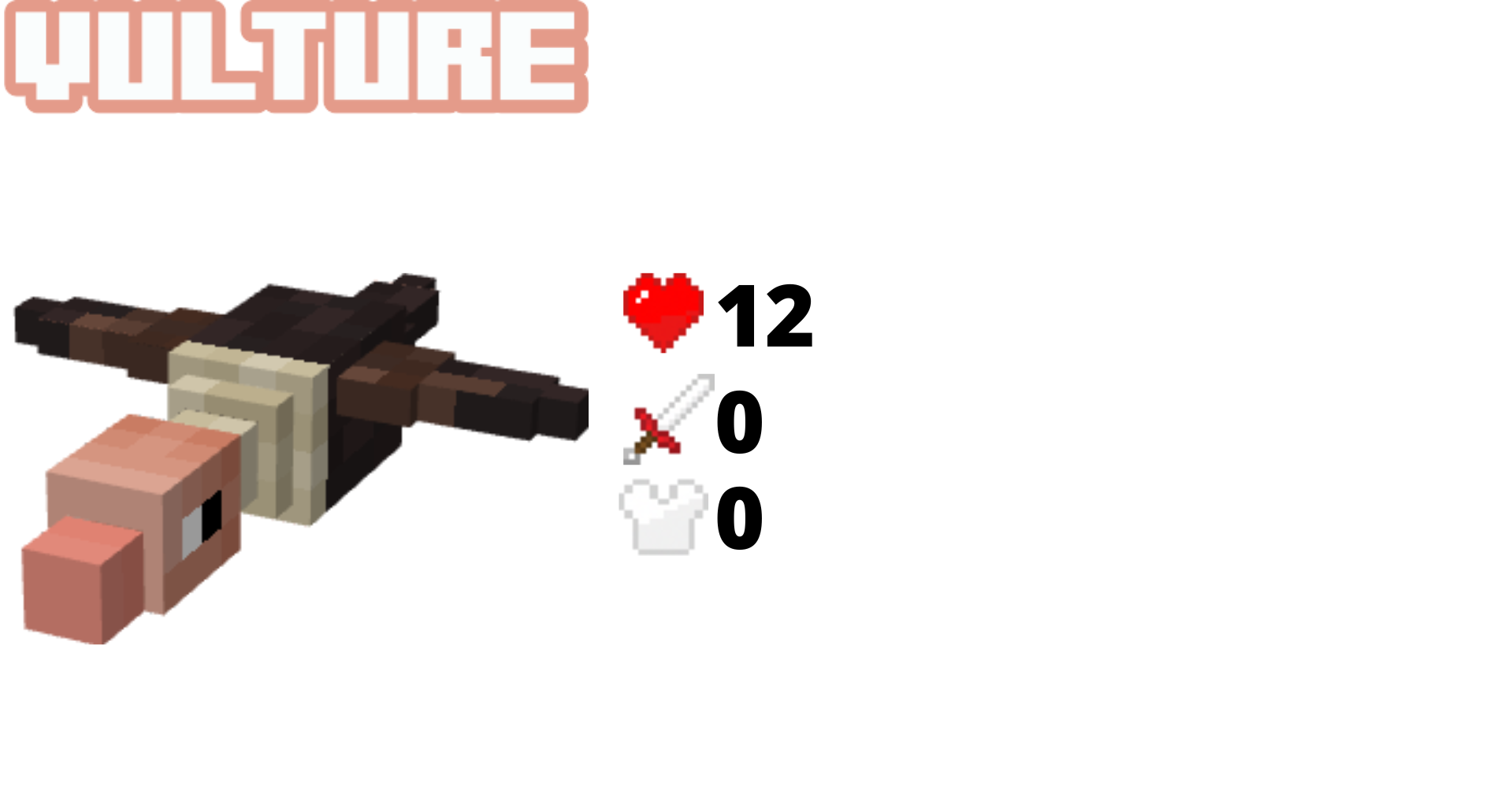 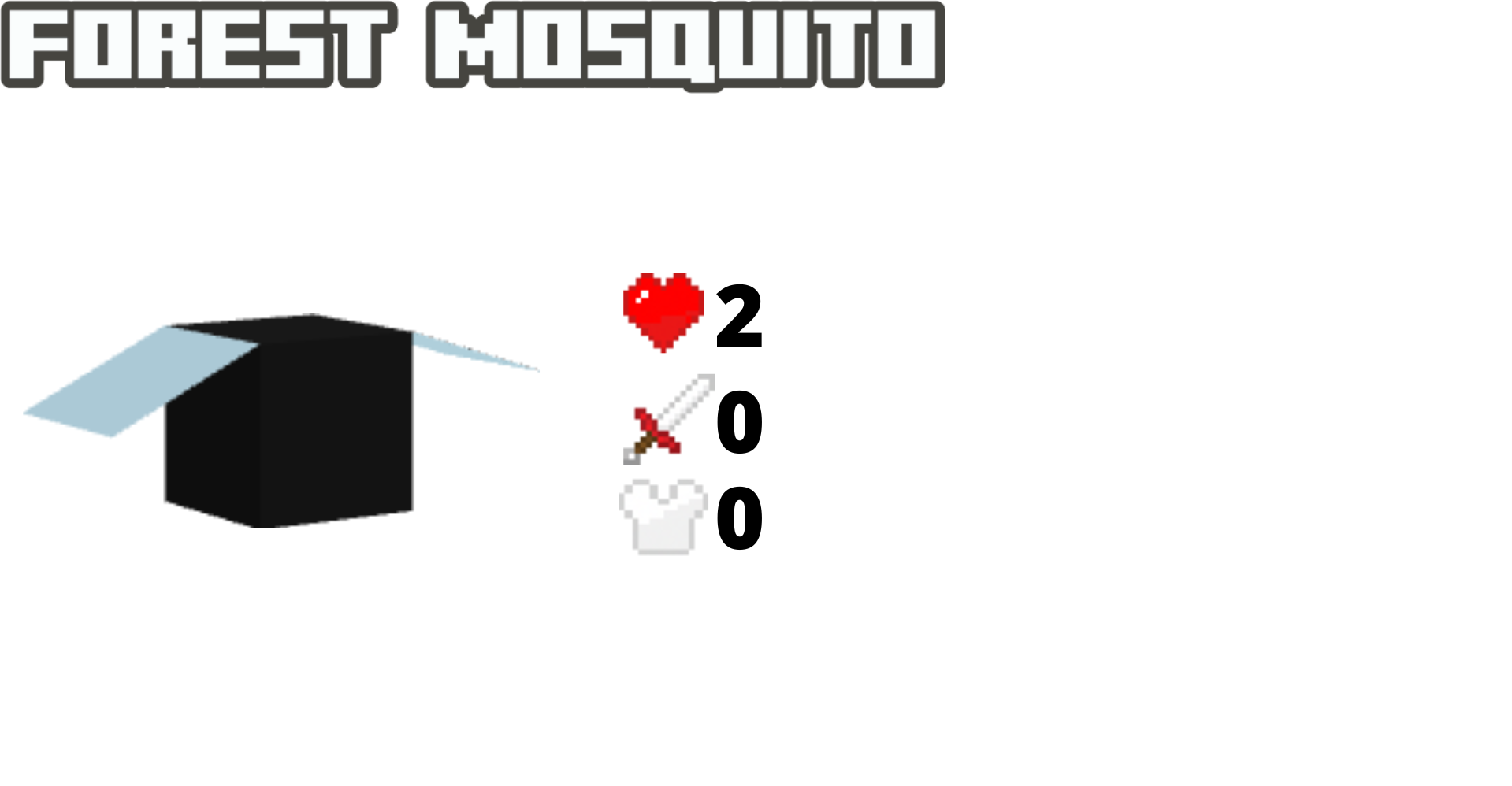 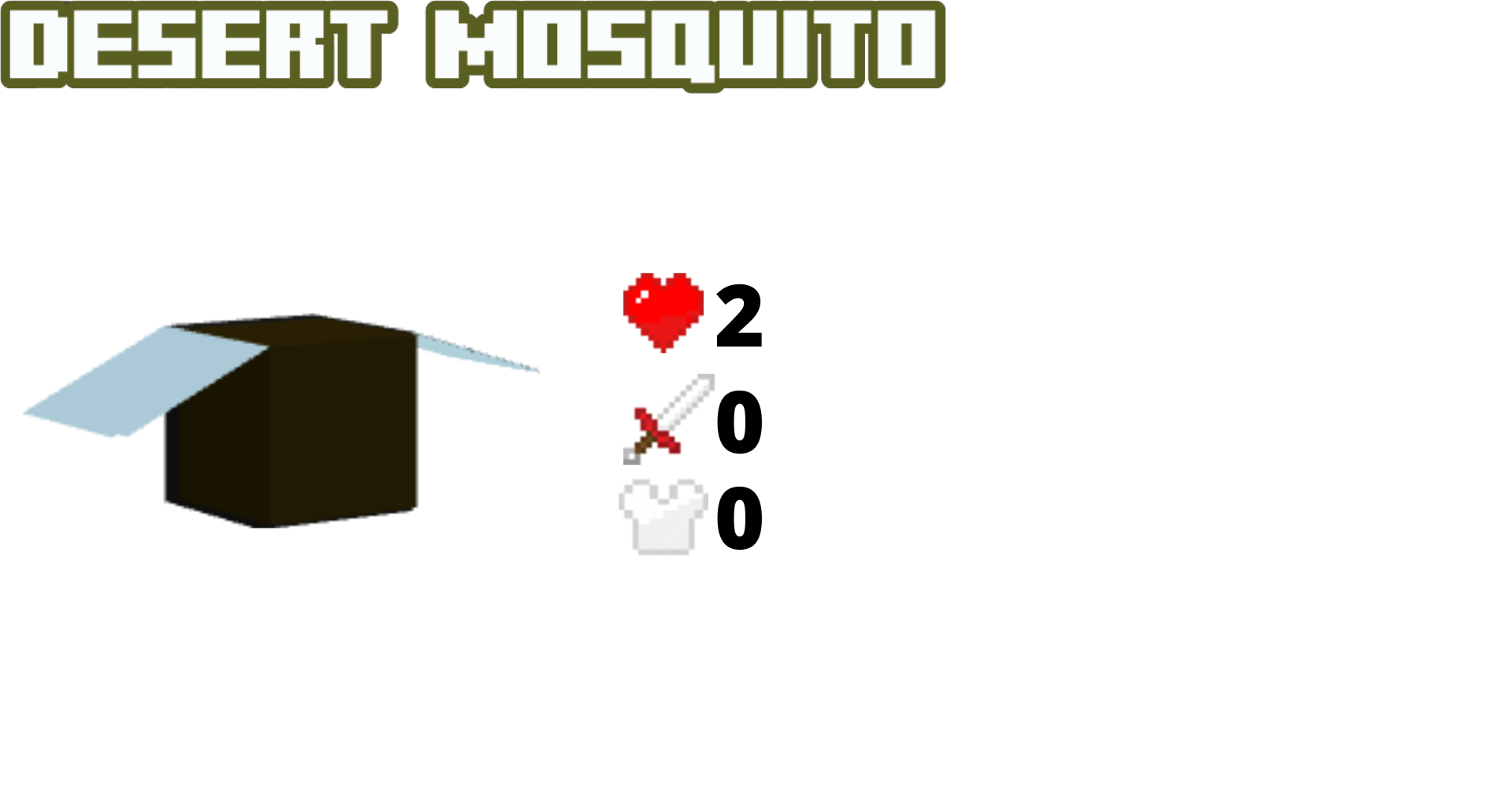 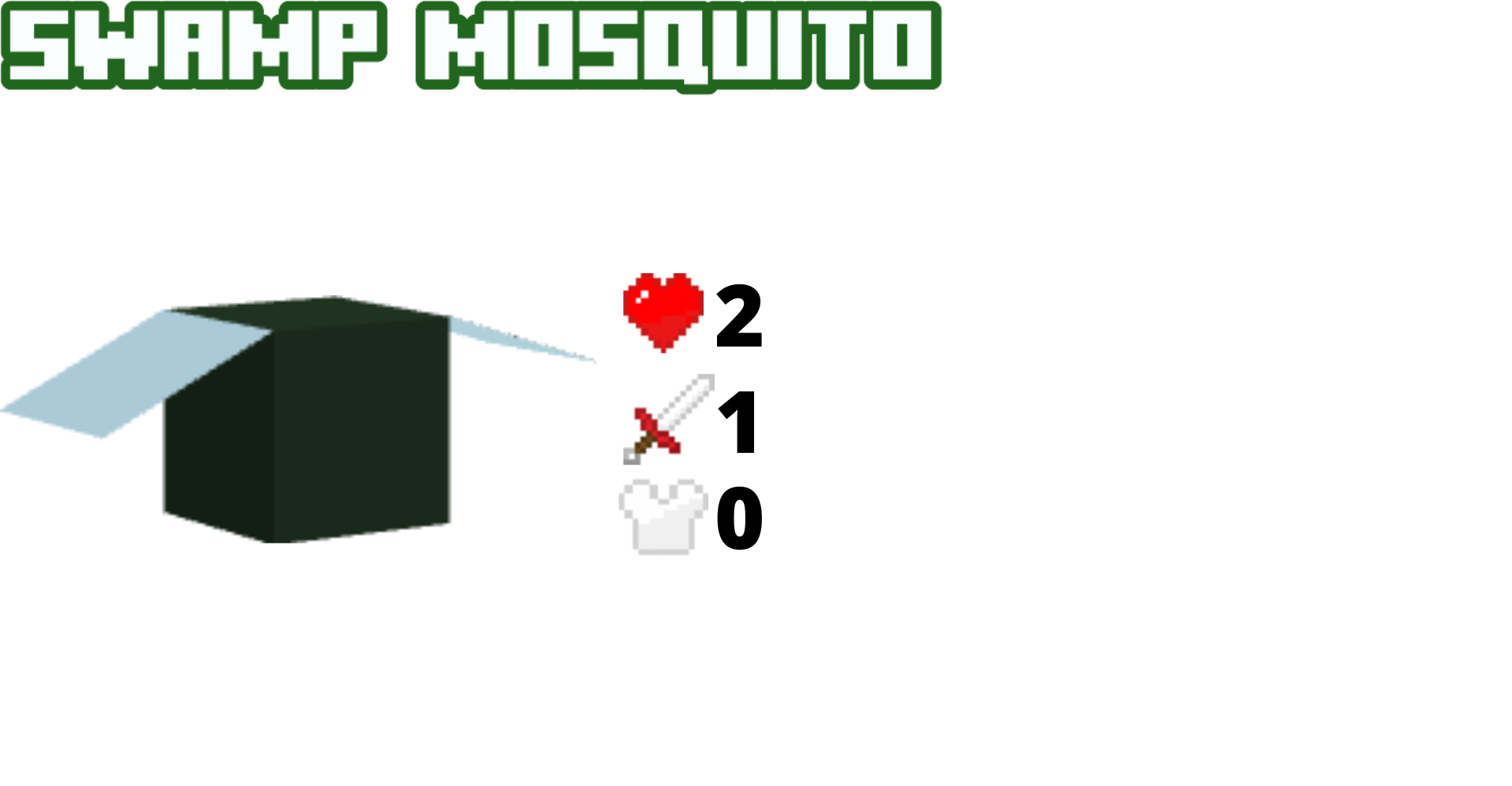 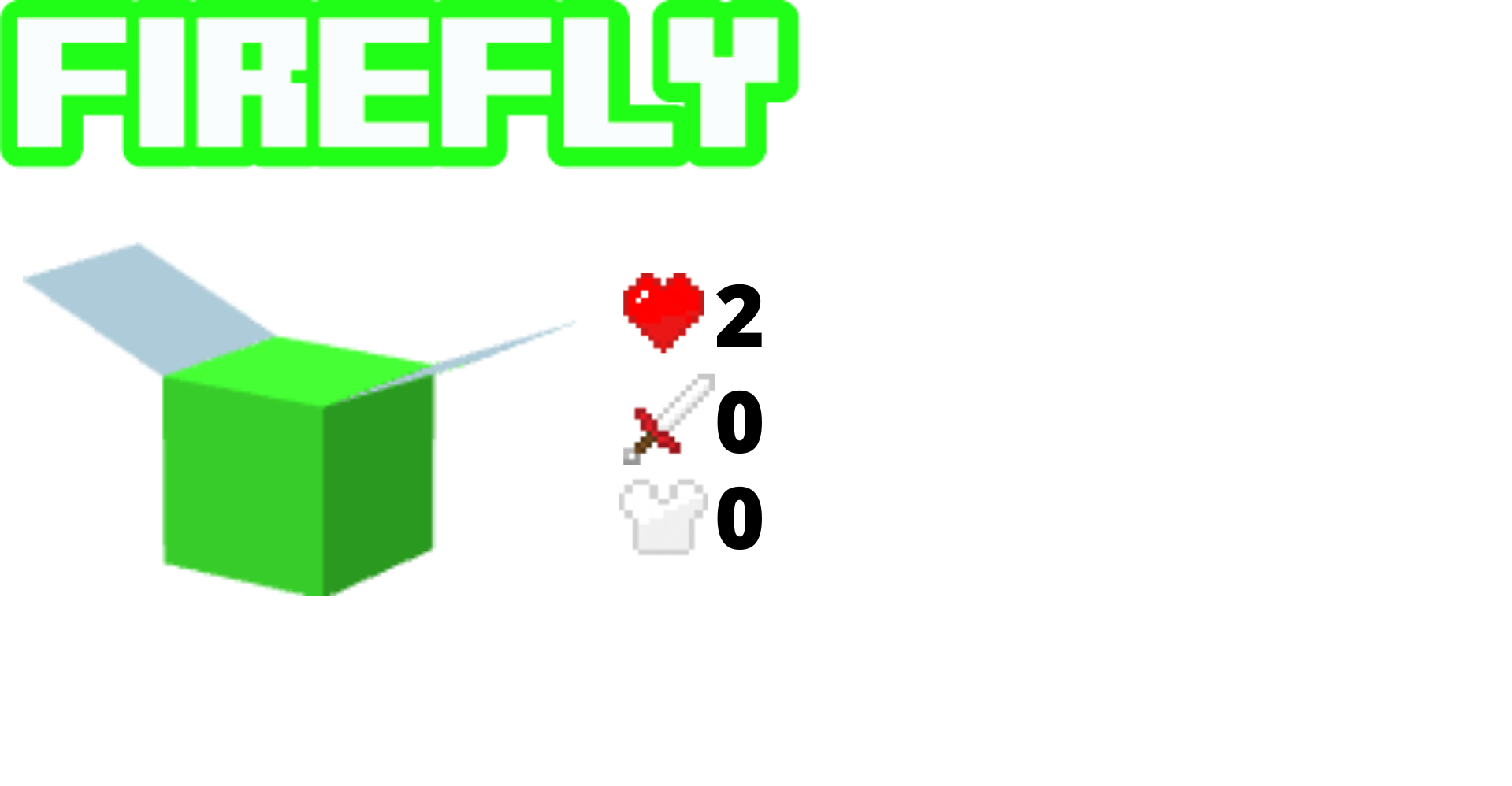 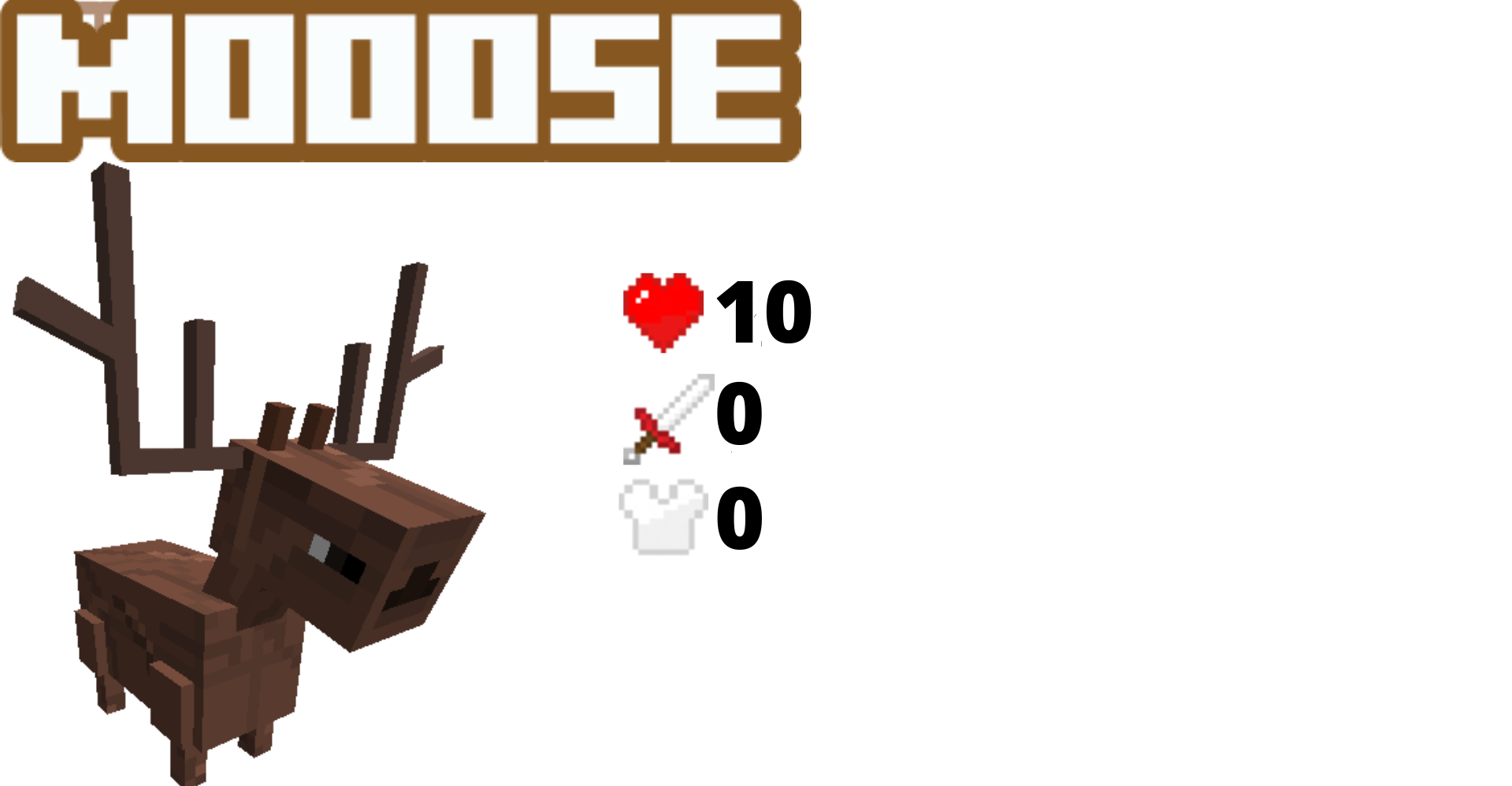 This mod adds plenty of items, but there are some items that don't have obvious recipes, so here's the list below:

Shoots a splinter trap which inflicts Splinter Trap and Slowness.

Consumes one of itself and shoots an explosive grapeberry bomb.

Deals damage to the player until they die or the effect expires. It is inflicted by Raw Dates, Raw Scorpions, and Raw/Cooked Vultures.

Deals damage to the player until they die or the effect expires. It is inflicted by the Tusk Dagger and Baslite Spikes.

Deals damage to the player and slows them down until they die or the effect expires. It is inflicted by the Druid Staff.

I will be adding things like the Mossy Forest which will be full of wild wildlife! If you want your idea to have a chance of being a reality, check the linked forum post!

And that is all! Have fun with the new wildlife! 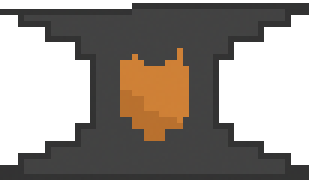