Dark Elves of the Underdark 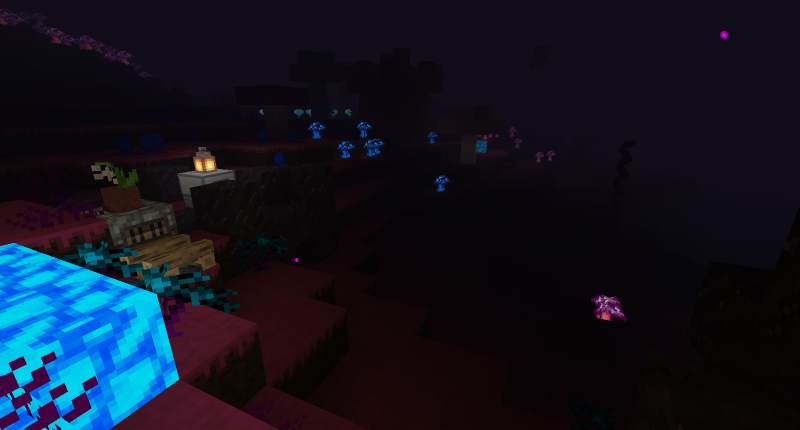 It is pretty dark in Underdark... 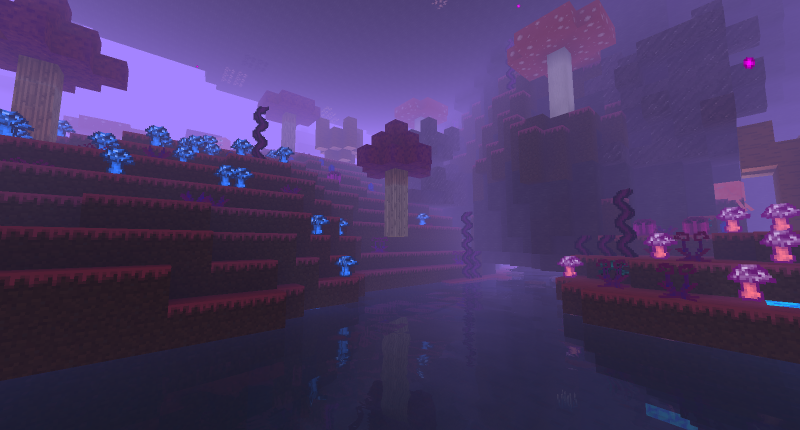 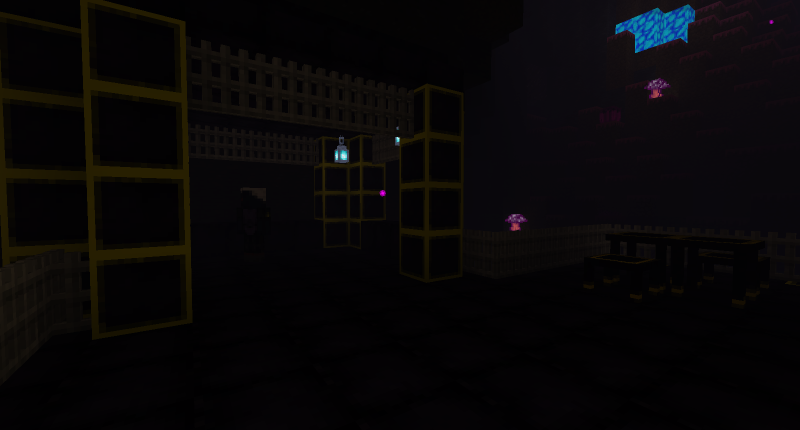 A merchant in his house

Dark Elves of the Underdark is a fantasy mod which is loosely based upon the D&D dark elves also known as the Drow, and their culture. Bringing new dimension to explore, new mobs to fight and new treasures to find! 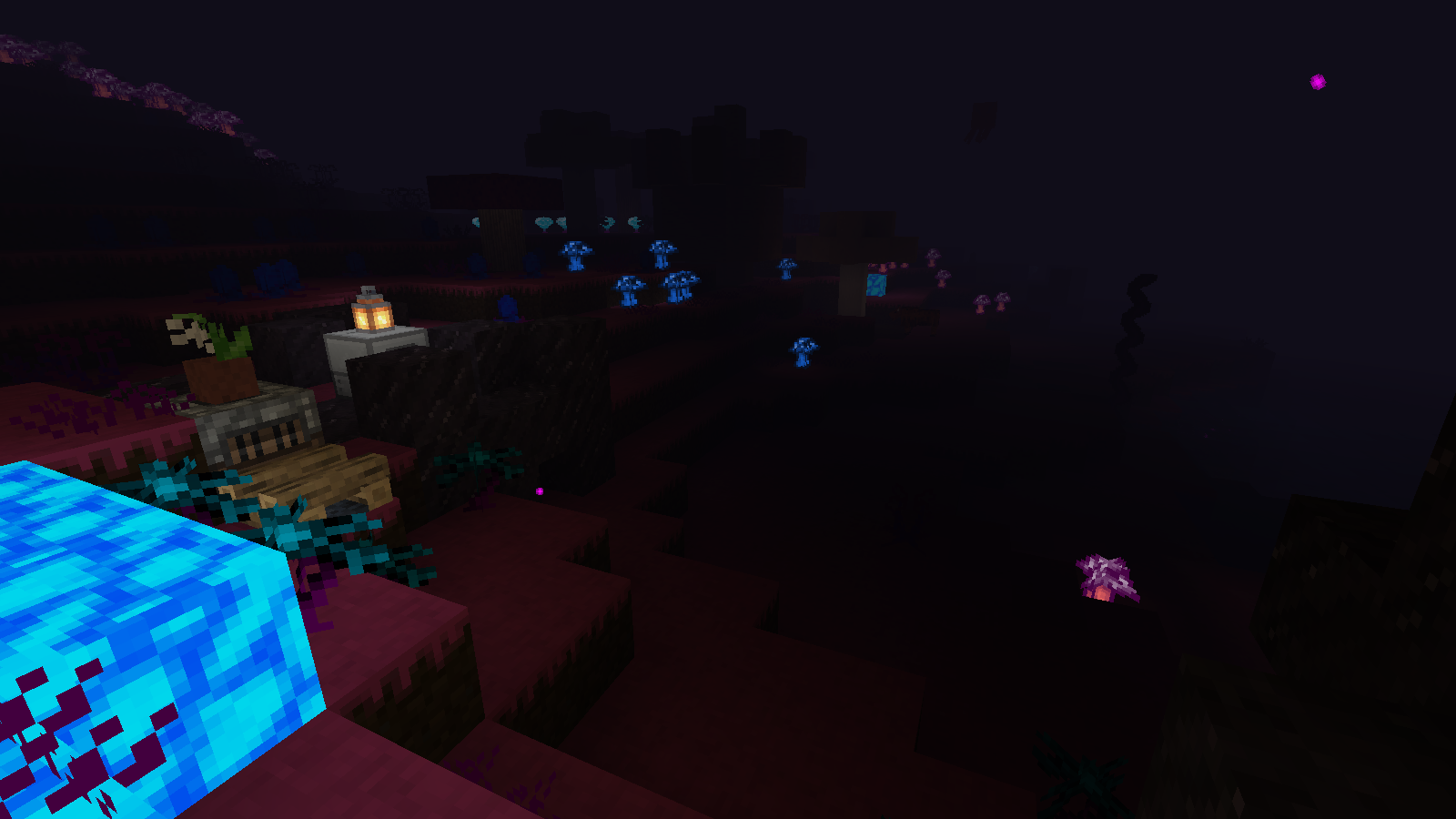 TRAVELLING TO UNDERDARK:
You will meet some of the new dark elves in overworld, who will drop spider gem fragments sometimes, combine 8 of them around an emerald in crafting table to make a key for portal. Construct a regular shaped portal from new polished obsidian and activate it with spider gem.

Underdark is slightly more dangerous then nether, so it would be better to go there if you at the very least can comfortably travel at night in overworld. As It is always dark in Underdark, even while the mobs aren't much overpowered, they might be quite relentless.

ADAMANTINE:
Dark Elves make their weapons of an alloy called adamantine, which gives a hue of green in regular light, and purple in magic light. In mod it is made the same way as netherite - you need to combine 4 adamant scraps and 1 iron ingot to make 1 adamantine ingot. It spawns in Underdark only, in small amounts. You can also trade some from drow merchants (only in Underdark). A set of armor and tools, as well as various sword upgrades can be done with adamantine. It will usually have stats approx as netherite, but with lower durability.

BOSS:
So far there is one boss - The Valsharess, who is a ruler of drow. She is slightly stronger then Wither, althou it's difficult to say. She can be summoned by using a drider heart at the statue of Llolth. Statue cannot be crafted, but spawns in shrines in overworld and Underdark, as well as temples (Underdark only)

MONSTERS:
- There are 4 different dark elves who spawn in both overworld and Underdark.

- A basic drow warrior armed with sword and wearing a chain chest
- A mage who can shoot a magic projectile
- An elite knight in full adamantium
- A priestess who can shoot magic projectiles and inflicts a curse which causes spiders and drow to deal additional damage against the cursed target, priestess is guaranteed to drop 1-2 gem fragments.

In Underdark you will meet also:
- Beholders, who are made passive, and will only defend themselves if attacked, beware thou, as they completely dispel any effects from player and apply confusion with their ranged attacks. 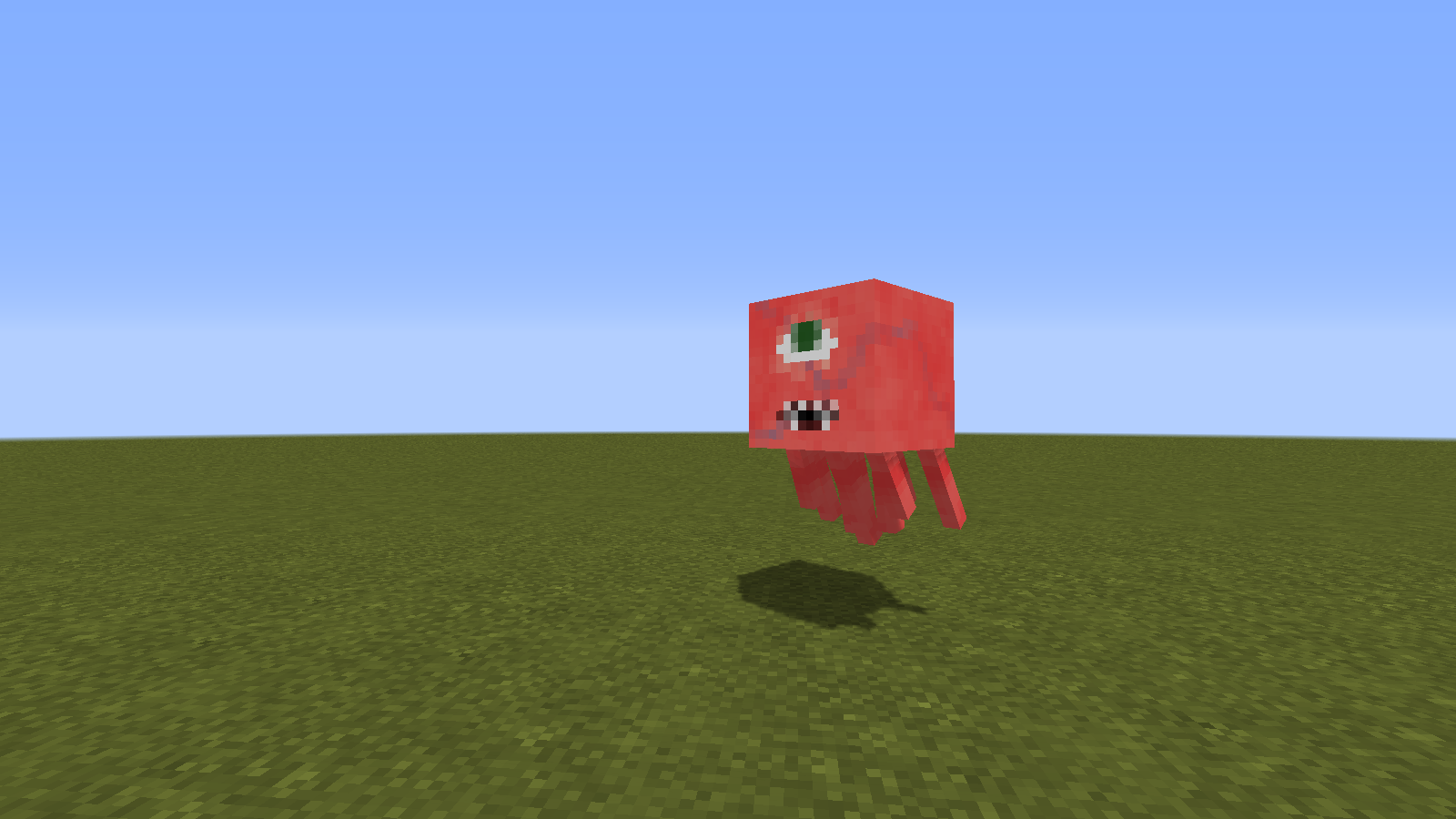 - Driders are half-drow half spiders, blessed by spider goddess Llolth, they are pretty fast and strong fighters and are resistant to knockbacks. 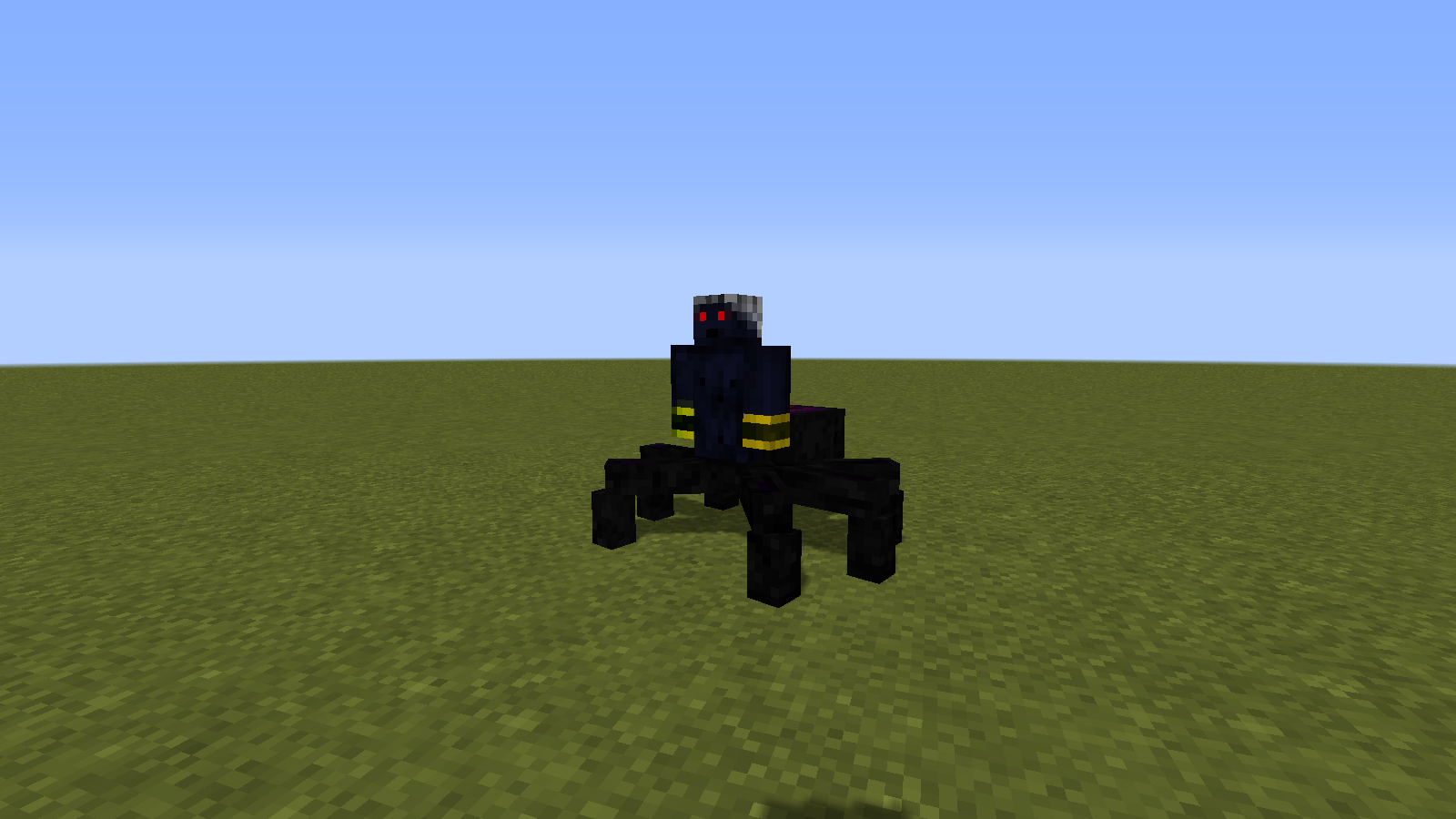 - Ettin is a two-headed wicked offspring of an orc and giant. Somewhat slower then other mobs, but got a good amount of health and can land a painful punch. 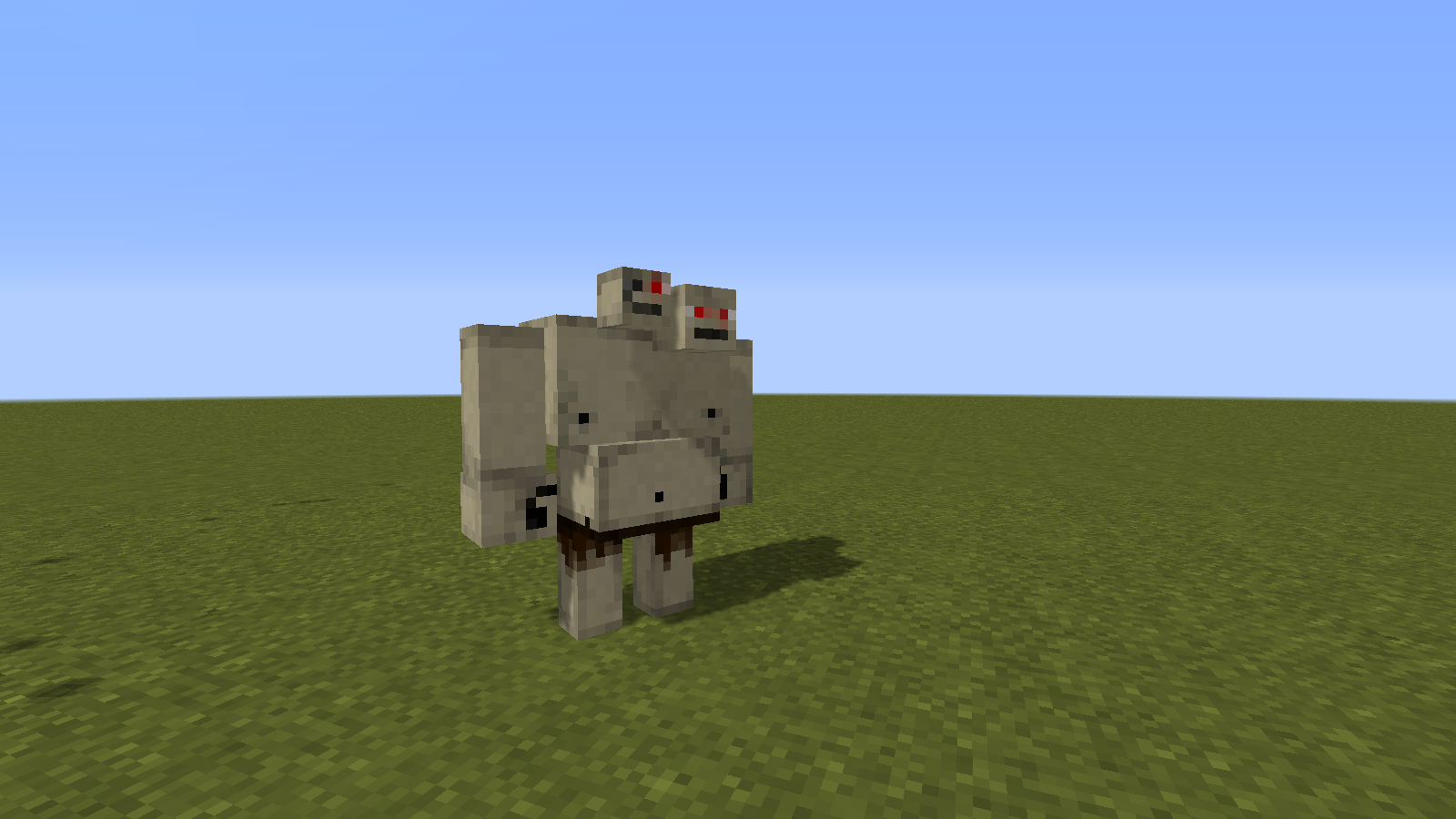 - Rothe is a bison like fury beasts that serve as both meat and leather source for most of Underdark, they will not attack back even when attacked. Can be bred with underdark grass. 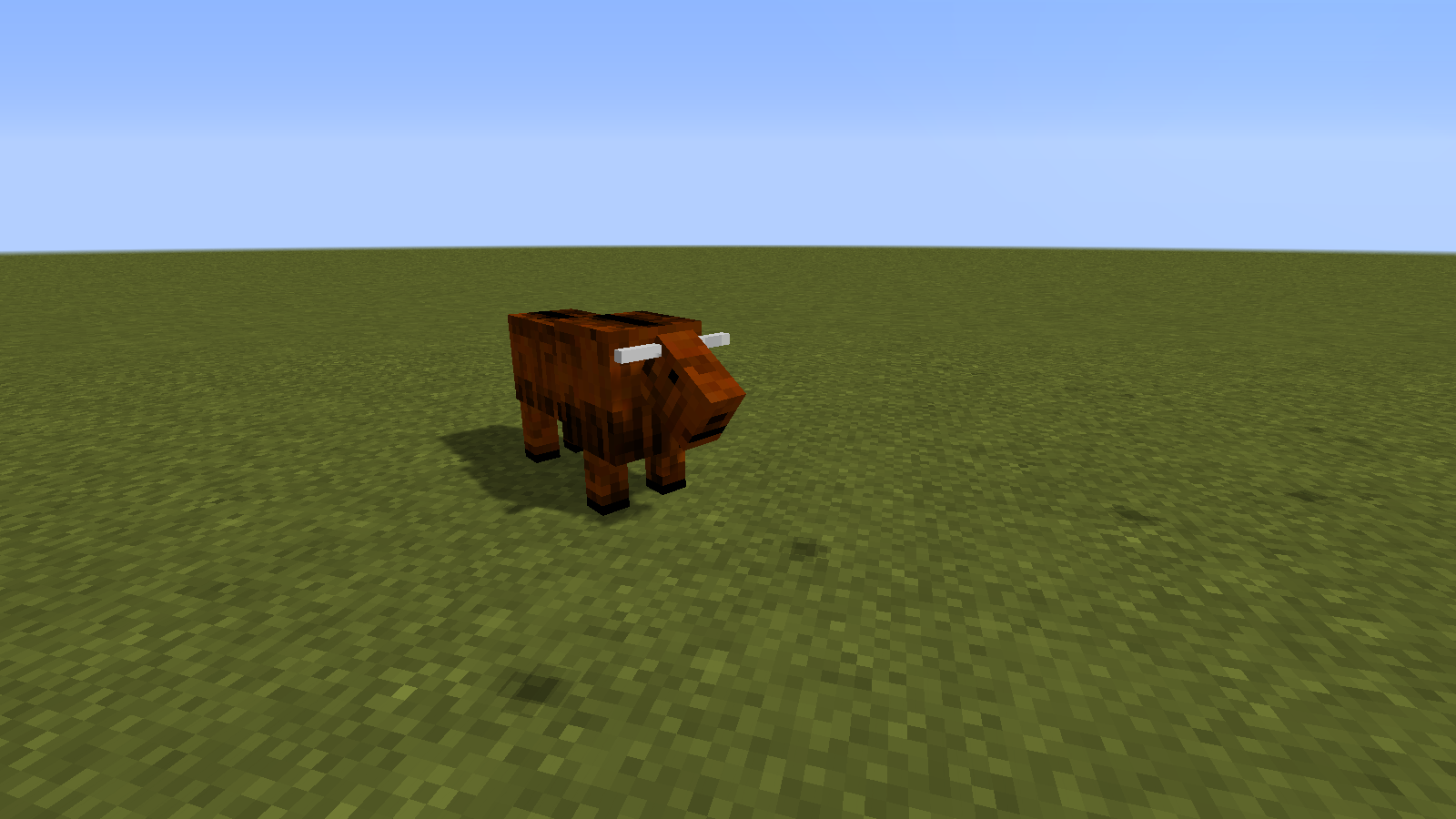 DEEP RAPTOR:
- Tameable/breedable/rideable raptors!
Raptors spawn throughout Underdark and hunt Rothe. Wild raptors can be tamed with any raw meat (right click), the chance is 10% and they will keep on attacking you while you try to feed them. When tamed, raptors will get a saddle, will not engage in combat anymore, and will avoid all monsters. Tamed raptors can be bred with special treated meat, after two of them rub their faces, an egg will drop, right click with egg to spawn a baby raptor, which matures into tamed raptor after some time. Raptors drop leather (as well as eggs sometimes) which can be used to craft a set of armor. 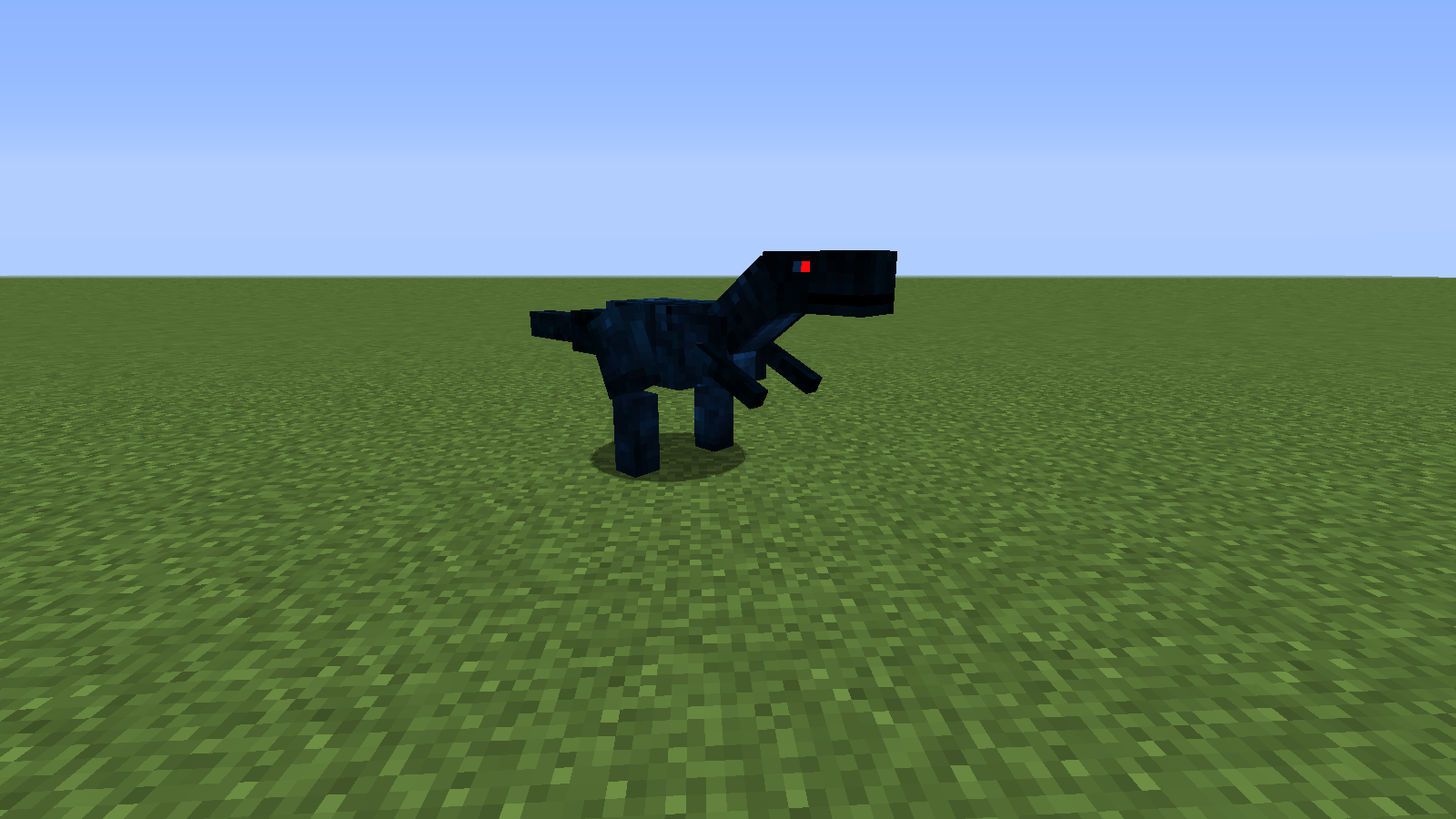 QUAGGOTH:
A demonic albino ape which roams the deepest caves of underdark, they were enslaved by drow for some time. 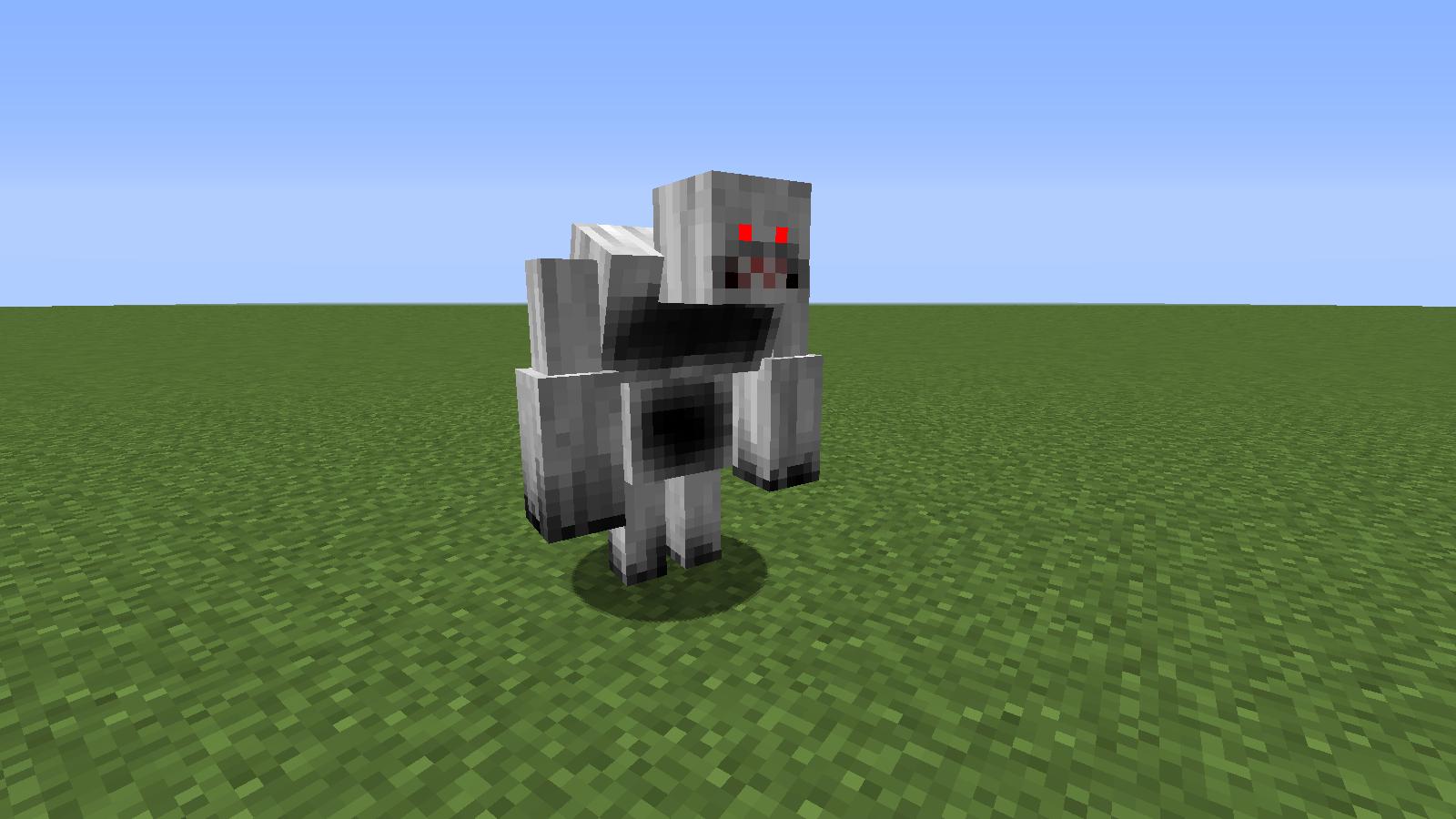 HOOK HORROR:
A vile and ferocious mob which recklesly kills most animals. 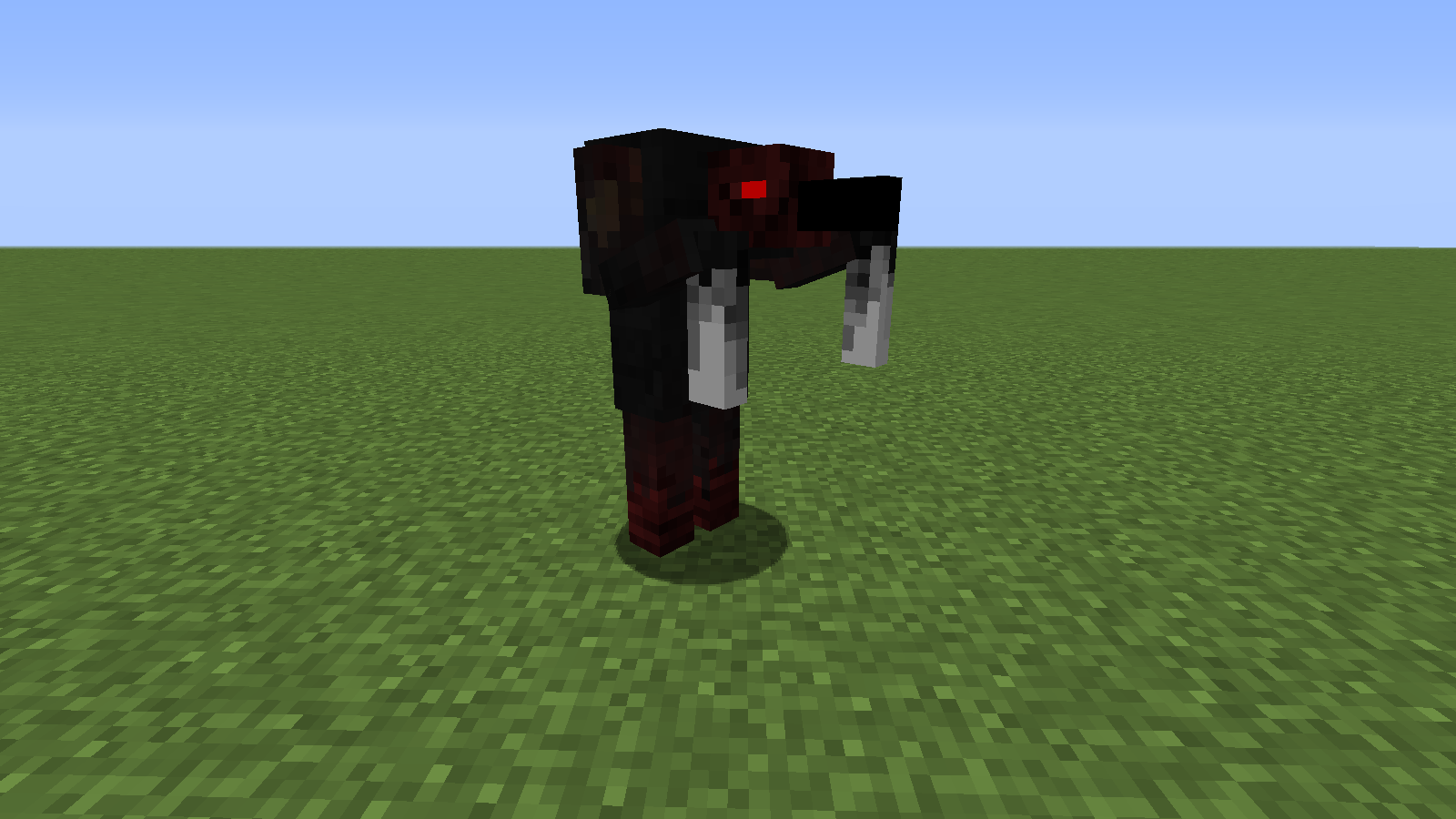 RUST MONSTER:
A small insect like creature feared by many no less then dragons. It is not especially strong in terms of punching things, but it can inflict the new Corrosion effect which deals damage to equipped armor. 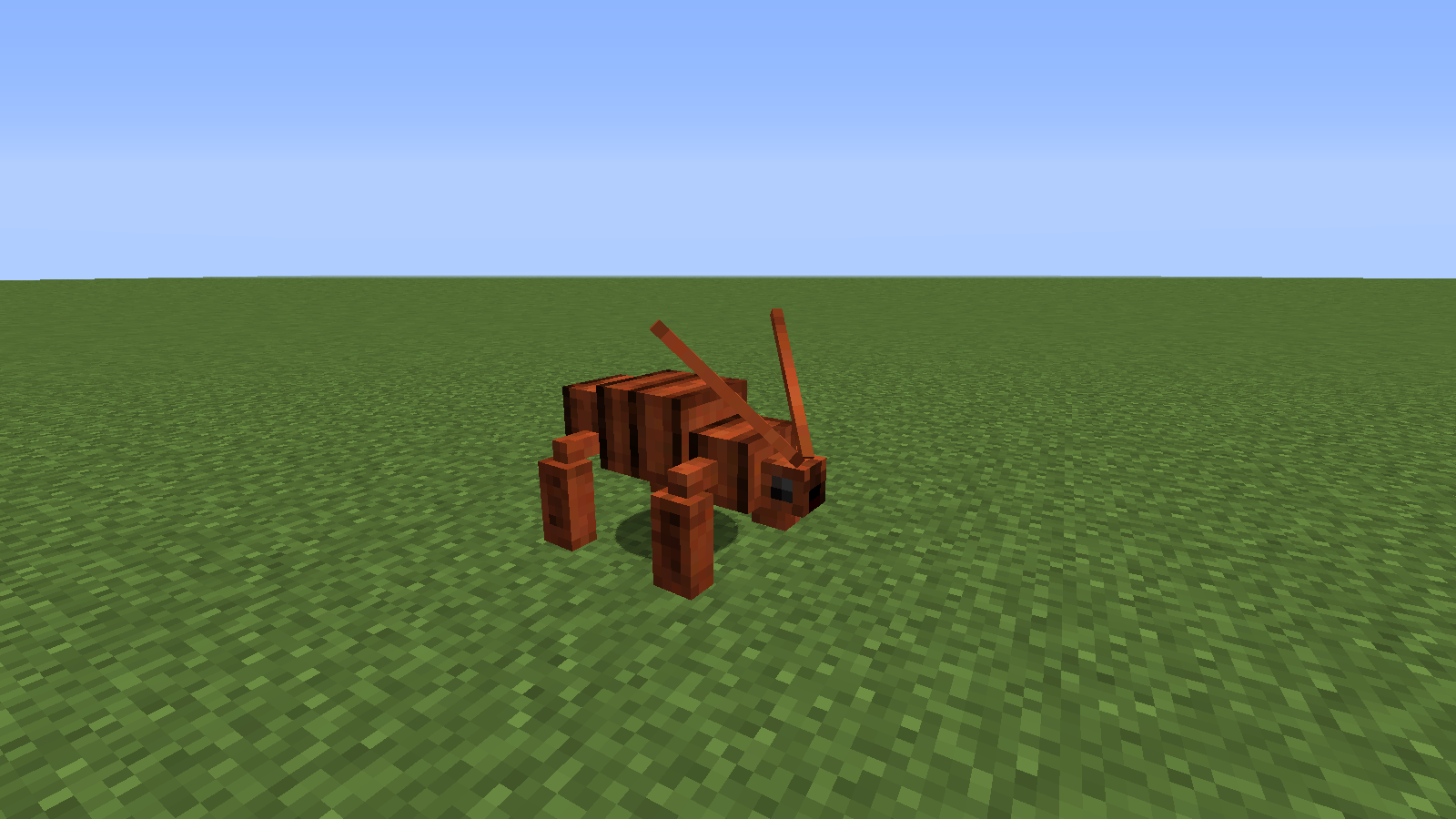 PLANNED FEATURES:
- New mobs. There are quite many i want to make...
- More magic weapons, especially ranged like staves, books etc
- More enchantements...so far there are only two
- More potions and spell effects 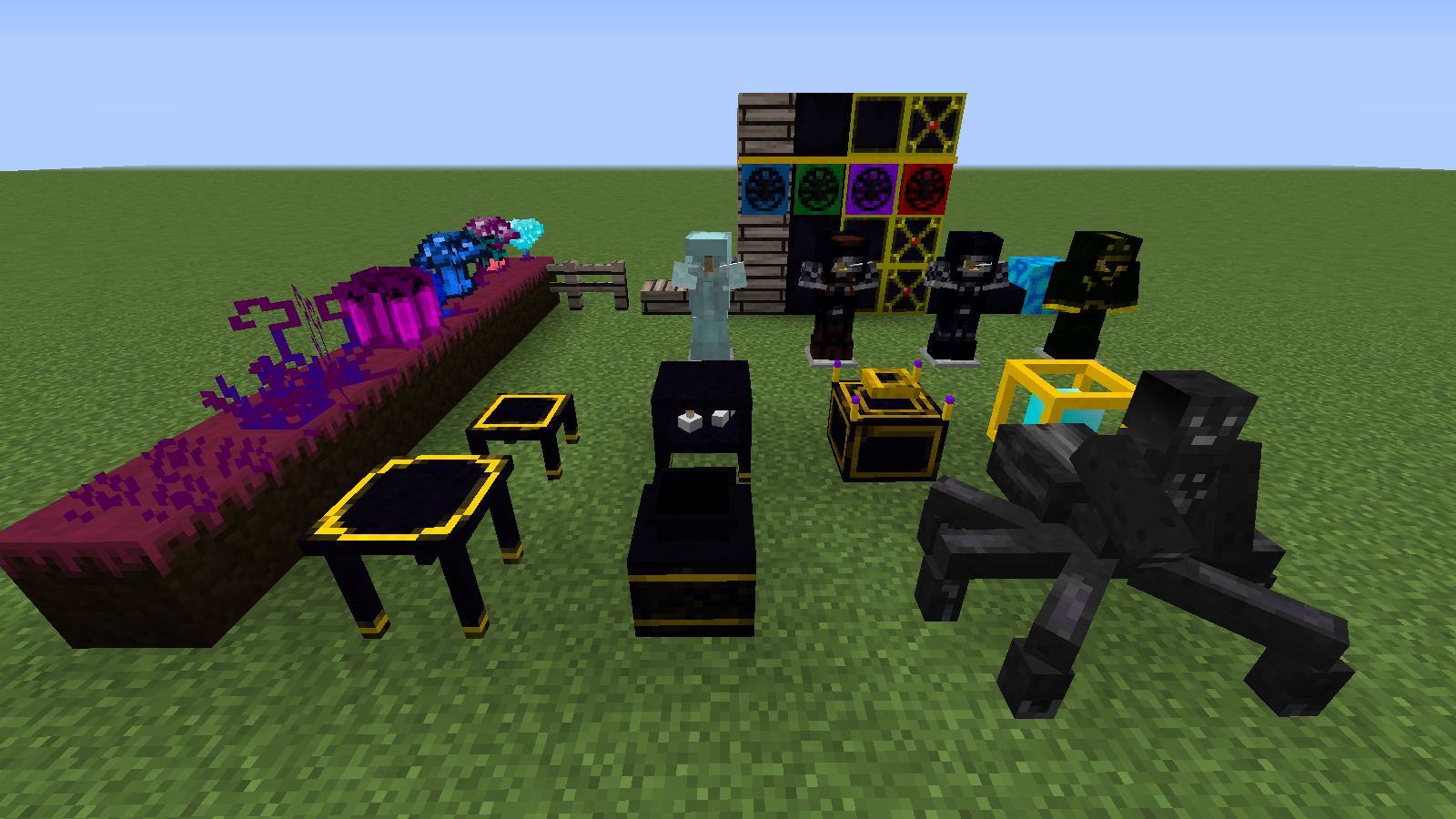