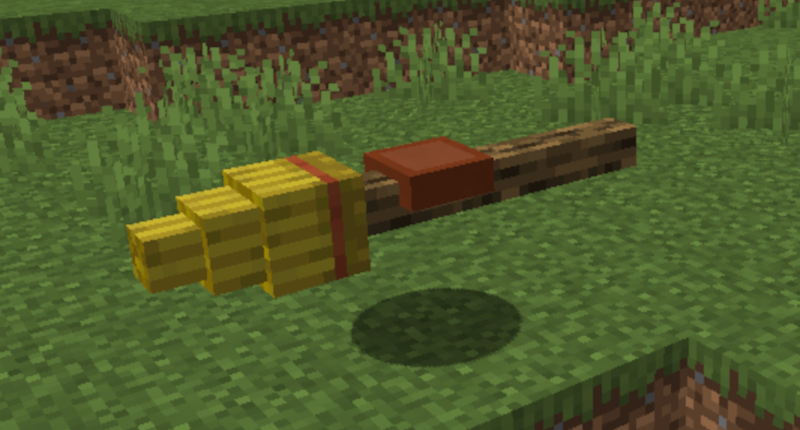 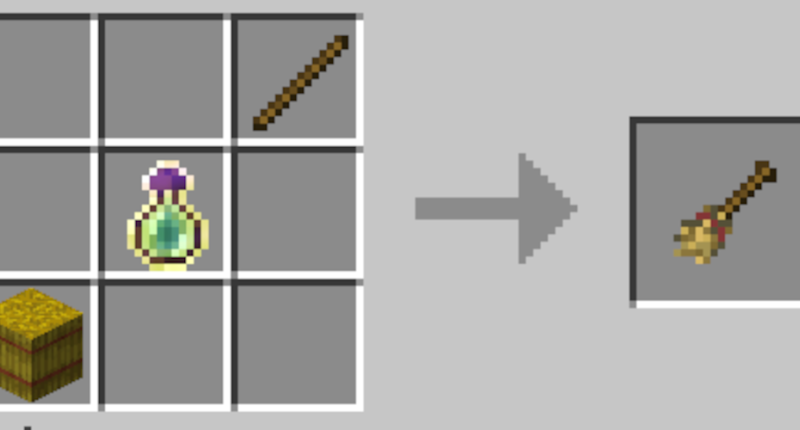 This mod adds a basic flying broom, which can be crafted as shown or bought from a cleric (as a novice trade, 8 emeralds).

Place it in the world, mount up, and off you go.

Flight is just pointing the way you want to go and hitting space to jump (which will launch you up a good bit - slow fall is included, so you get a nice glide).  You can make several further aerial jumps (three of them); hit space again when the broom starts to descend to get some more air time. When you touch down on solid ground, the jump count resets.

If you'd like to see how this was accomplished, I've uploaded the workspace to Google Drive (download, open new workspace in MCreator, hit "import sharable workspace"), and you can get that HERE.

You have my permission to re-use whatever bits of this you like (mainly the java entity of the broom, I would think?), though be aware that the actual textures are just remixed and reshaped bits of vanilla textures; I believe they fall under fair use (or I wouldn't put them in), but re-use at your own risk.