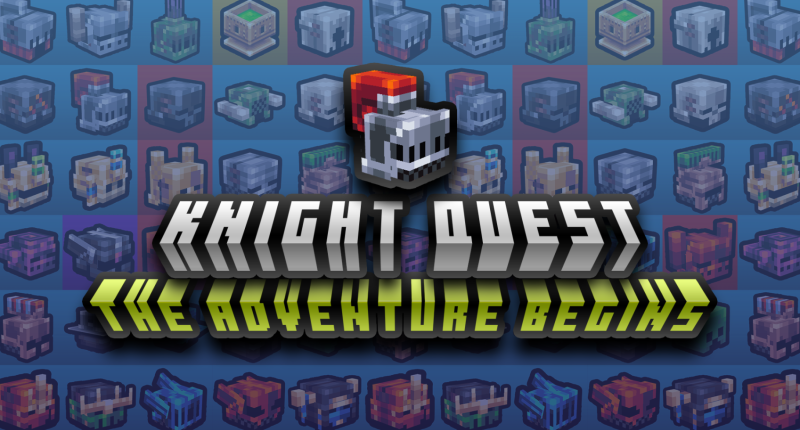 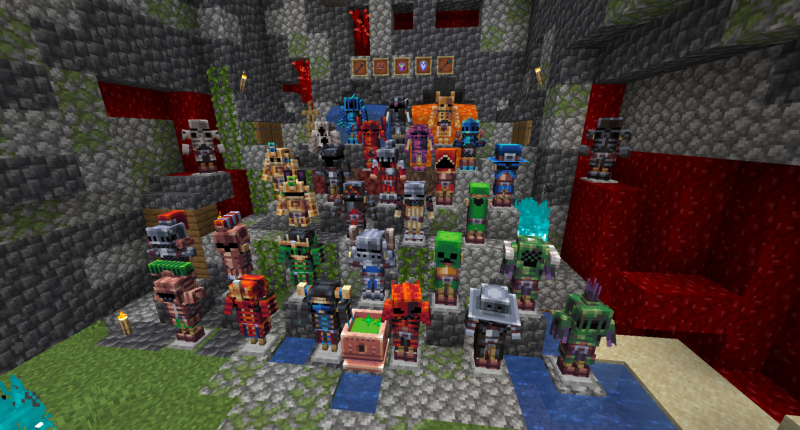 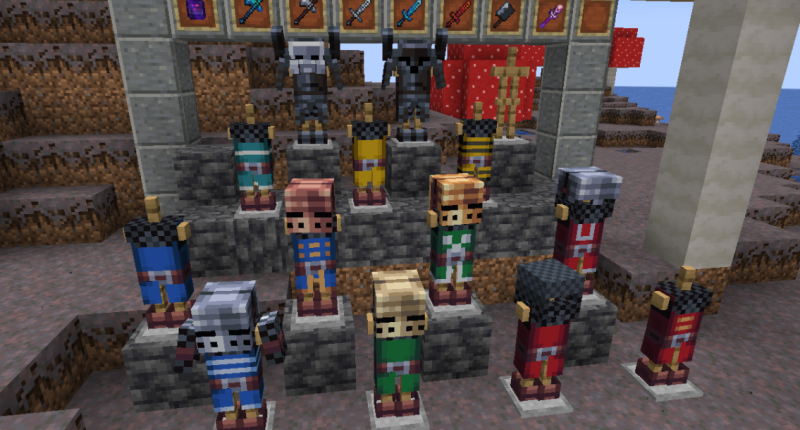 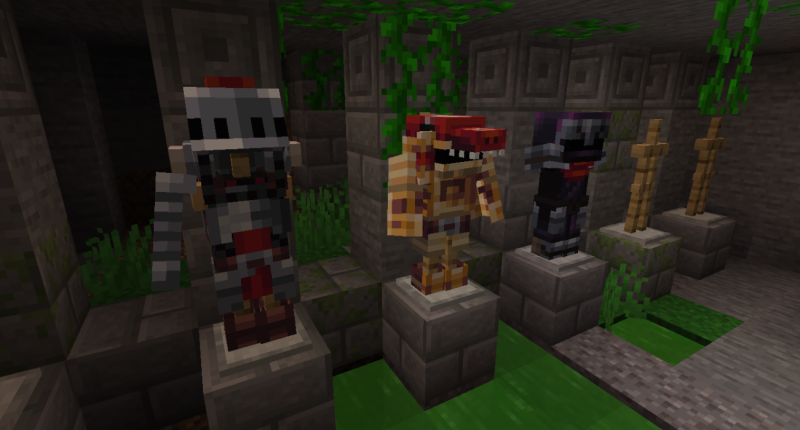 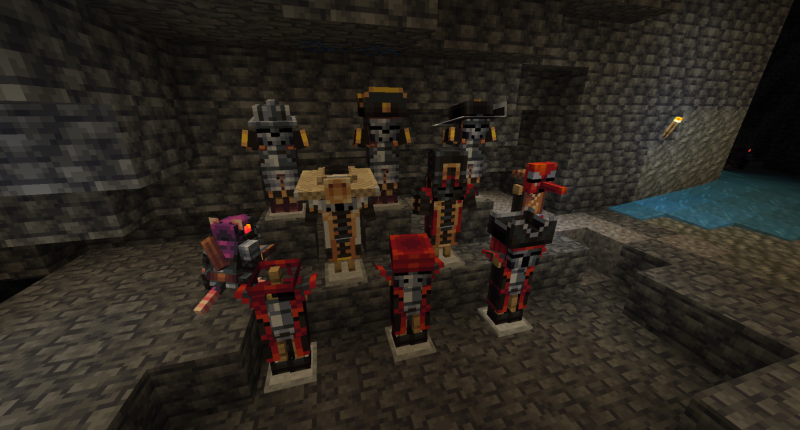 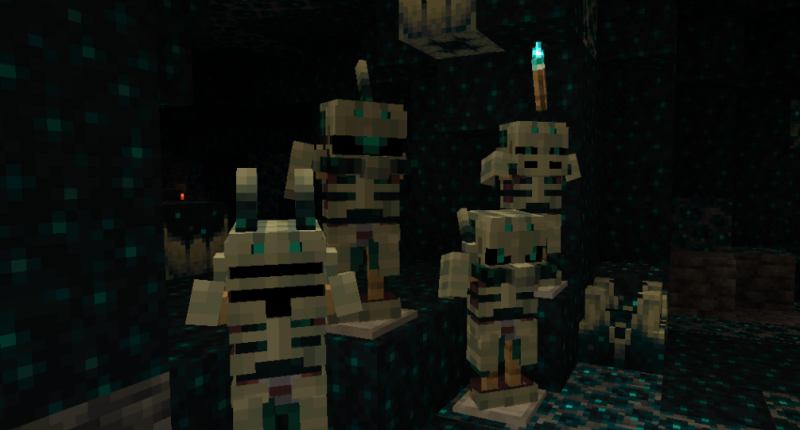 Knight Quest is a knight adventure themed mod that adds over 20 armor sets. These armors can be crafted by attaining Great Essence, a somewhat rare item that can be gained from breaking Spawners or from rare items, like the Heart of the Sea!

The mod can be easily learned with the in game Advancements menu! The process involves several items, namely, a Great Chalice, a Goblet and Great Essence! 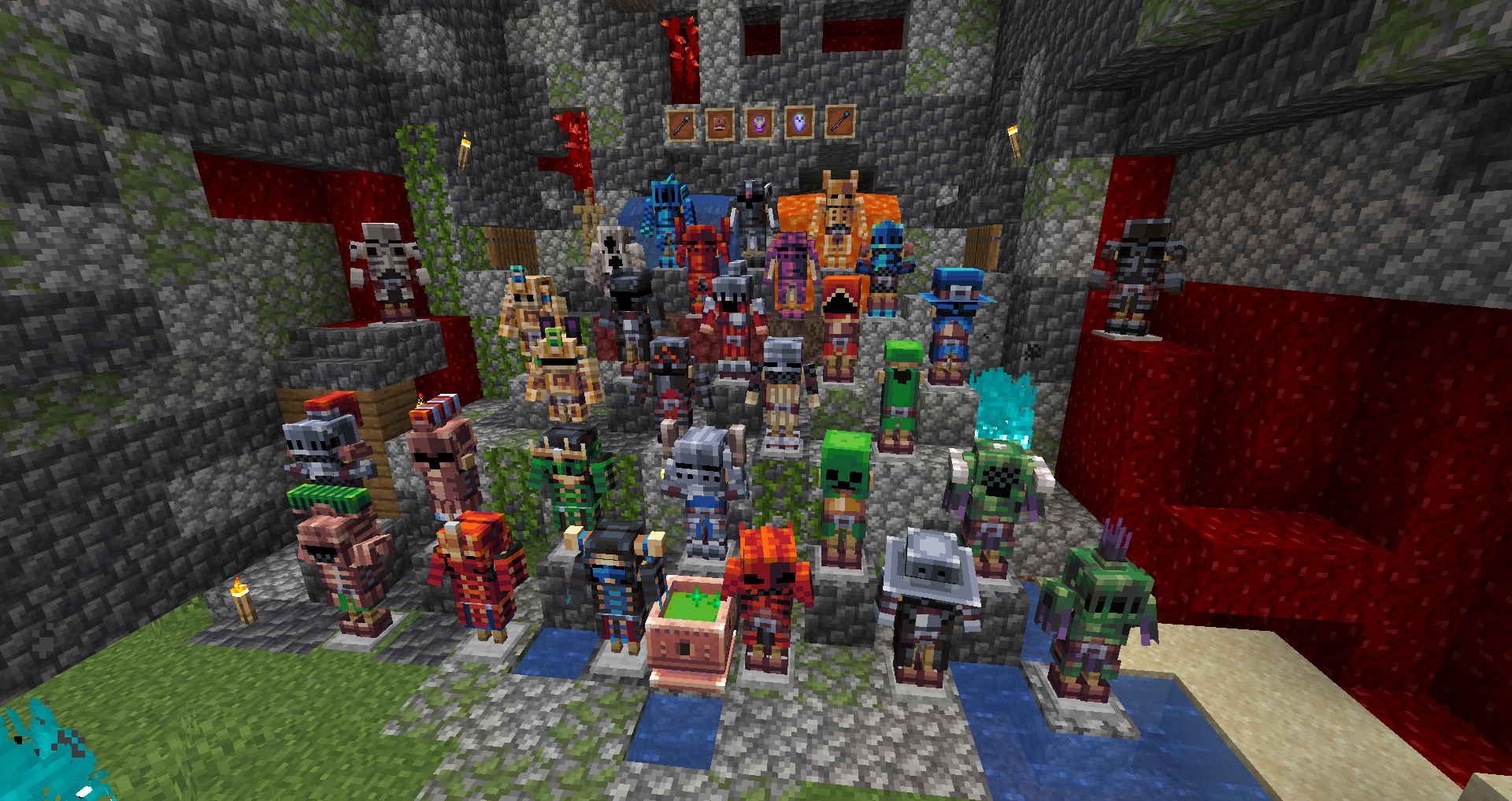 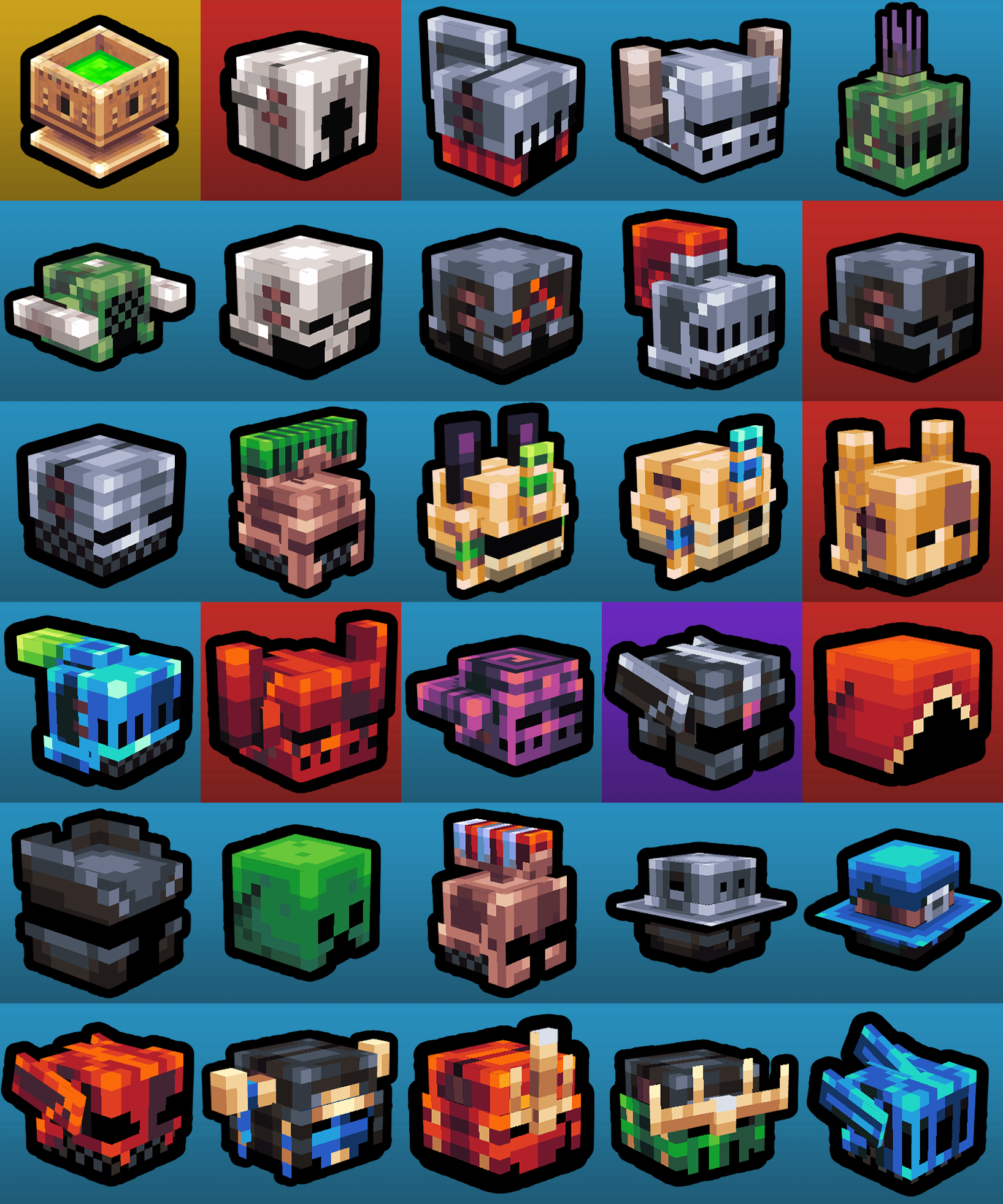 The mod adds various Armor sets, a block(Chalice), several item Staves(Quality of Life Magical Items) and the core items for the mod, the Goblet and Great Essence.

The armor sets are for the most part Diamond Tiered armor, with the exception of certain armor sets, like the Wither set and the Enderdragon set. This mod is intended to be used mainly as a cosmetic pack, for mods like Cosmetic Armor mod.

Filled Great Chalice: When filled with great essence, it gains the following Interactions:

The One Who Fell

Category: Boss Fight
Read The First Font if you wish to find it. Careful with this fight, it can easily destroy dropped items. Be ready. Proceed with caution, and move away from the spot from where you beckoned it.

Whoever figures out how to summon it first and posts it in the comments, gets to live on in this mods credits. Completed by GreenForzeGaming!

A small creature who lurks in the Netherwart forests. W.I.P.

A Zombie like creature with a chance to drop Great Essence and armor.

The God stave is only attainable in creative mod. Its purpose serves for map configuration.

While holding it, type the following in lowercase within chat:

By default, all settings are true.

This is the best I can do for now when it comes to settings.

I've always enjoyed customizing my characters in games. Vanilla Minecraft only contains one late game set and that's okay. This mod, with the aid of cosmetic armor mod, aims to add a plethora of choices to the visual and mechanical aspects of that without increasing Minecraft's current armor tiers.

Is this Vanilla Friendly or Vanilla+?

I will not be porting this mod to fabric.

Is this related to the Armor souls mod?

This mod acts like a spiritual successor to the Armor Souls mod. They are two mods with different foundations. Armor Souls aimed to solely add armor sets, where's Knight Quest is an adventure themed mod, making what can be added to it more varied.

What can we expect in the future?

-MCreator and its forums for making the modding process significantly simpler.

- A special thank you to NorthWestGaming, the Youtube channel was a huge help.

-Blockbench and its Discord community.

You can use the mod and all of its art assets for whatever purpose. I only ask that you credit me or link this mod.

Non that I'm aware of. Please report any!

So far I've only custom coded one feature, the Piglins to Neutral on the nether set. Everything else was created using MCreator's elements and procedures. If anyone has questions, feel free to ask!

If anyone has any feedback, please let me know!

Check the changelog if you want to stay up to date on whats been added, fixed or adjusted.

After resisting the urge to play Darktide(A video game about killing heretics) for a bit, I tried fixing some issues with the mod.

-Added new Mob conversion chance gamerule, that will allow you to control the conversion chance of certain mobs turning into knight quest monsters after the gates are open. Do NOT set this value too high. Its intended to remain below 25 or you'll encounter buggy behavior.

-Fixed a host of bugs causing certain mobs not to spawn after the gates were open. New conversion system implemented. When the gates are open, certain mobs under certain conditions will transform into a knight Quest mob.
-Fixed an Undead mob not burning during the daylight.
-The One Who Fell no longer resets world time. It uses an additive method to change the time. It may forward your world by a day if you fight it.

-Possibly Fixed a crashed related to the Font items on servers.

-Variant of the Apple Set

-Variant of the Evoker Set

-Added 2 New repair hammer items. One for Diamond classes, and another for Netherite Classes. They are crafted in packs of twelve, making the repair process of high tier armors easier.

-Due to the increased cost of Diamond Class armors, new features will be implemented for them in the future.

-Added Overlay when in Poison liquid.

-Fixed 3 possible crashes relating to the Bad Patch, The One Who Fell and the Bound Creeper Lord.

-Fixed certain mob behaviors being present when the player was in spectator mode.
-Added effects to a certain mob's transformation.

-Added new Fishman type, for when on land.

-Added sound that plays when Fishthing pulls you down.

-Fixed several duplicate sound issues, due to them being played on server and client.

-Added some new functionality to the Armoured Ghoul.

-Spawners mined with Silk Touch pickaxes no longer drop essence(Aimed to improved compatibility with other mods).

-Added more acceptable strings to perform The One Who Fell Ritual.

-Added Gamerules for various settings. Type "/gamerule kq" to view all the current settings while in game or browse the Game Rules tab before launching a world.

-Crossbow Set: Useful abilities for the future of the mod :3

-Added new Item, Chaotic Essence. What could this be?

-Fixed MP crash issues relating to the The One Who Fell.

-Fixed a possible crash relating to the The One Who Fell.

-Changed, Gremlin can no longer shoot arrows, that was an unintended setting left on XD.

-Buffed "The One Who Fell" drops.

"The First Configuration Update"
Boy, is there a lot.

While holding it, type the following in lowercase within chat:

By default, all settings are true.

This is the best I can do for now when it comes to settings.

i love everything about this mod. can i add it to one of my modpacks?

Thanks! Yes you may!

i know there's a curseforge page for this, so i'll publish the modpack to curseforge

https://www.mediafire.com/file/akvnkf1xmyehcxp/a_venture_to_the_limit.zip/file is the download link, curseforge page has yet to be approved.

this has to get motw.

I'm glad you enjoy it!

could you by chance add more mobs? I feel like it would be a heck of a lot more fun if there were more unique mobs.