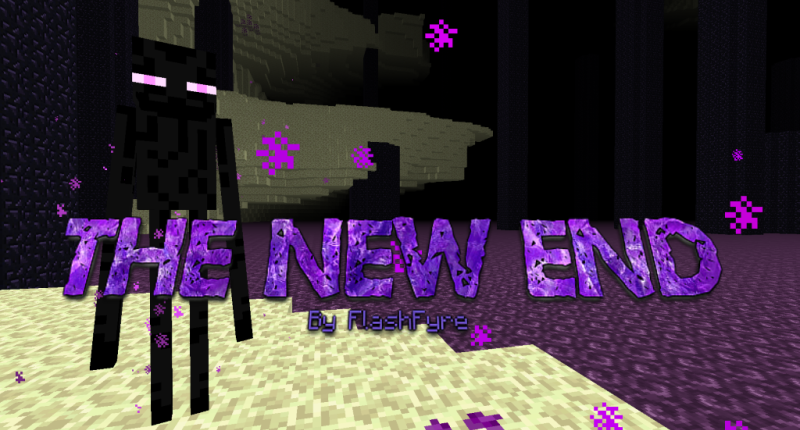 A mod adding 2 post-End dimensions, and a few new blocks and items. 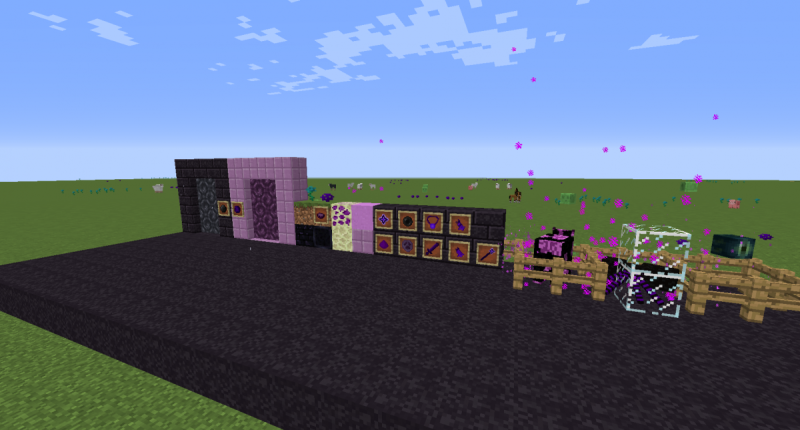 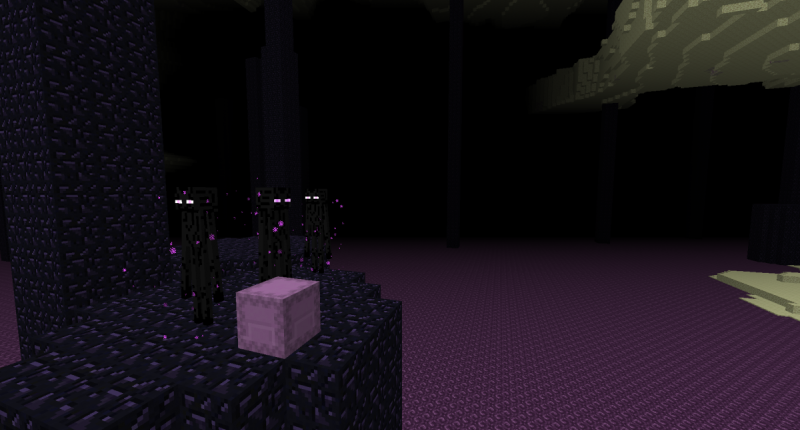 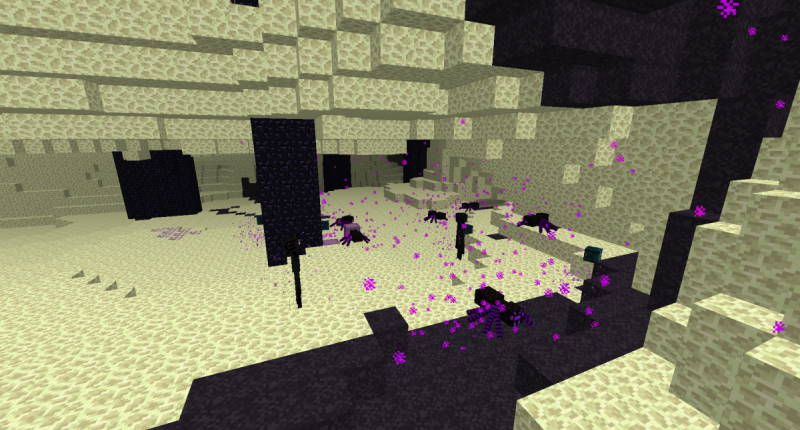 I've always thought that there has always been very little interesting gameplay after defeating the final boss, the Ender Dragon. Well, this did change slightly when End Cities and Shulkers and all that was added, but here's a mod that adds even more post-End stuff, and even a couple of End-themed things for the overworld, before arriving in "the End", which is now not the end at all. ;)

- Ender Rose (Has a 1/3 chance of dropping an Ender Pearl, useful early game)
- Endershroom (Has a 1/3 chance of spawning an Endermite, however, the mushroom can be crafted into soup (just add a bowl below it in the crafting grid) which, although it gives you nausea, is a good early game food to ensure survival, particularly in hardmode where survival is top priority)

The Ender Pearl gun is a bio-mechanical teleportation device, which requires Ender Pearls for ammo, and can teleport the player where the Ender Pearl lands with 0 fall damage. To craft, it requires 1 eye of ender, 2 popped chorus fruit, 1 ender crystal, and 3 iron ingots. However, there is a small chance it will spawn an Endermite.

As you can tell, this is craftable once the player has access to the End.

Once the player gains access to the Ender Caverns, the enhanced Ender Pearl Gun can be crafted, which fires the pearls faster, with longer range, has increased durability, and prevents those pesky Endermites from spawning. To craft it requires the previous Ender Pearl Gun, 3 diamonds, 2 end dust and 1 ender soul.

For the portal frame, you will need purpur blocks. To craft the portal lighter, you will need the Dragon Egg in the centre of the crafting grid, 4 ender eyes around it, and an ender eye in each corner. Lighting the portal will allow access to the Ender Caverns.

Ender Dust Ore - Drops Ender Dust, which teleports you when clicked on the ground with it (and consumes the item, the dust is also used in lots of recipes)
Voidstone - Naturally occurring type of stone, can be crafted into bricks. Has a small chance of dropping a Void Pearl, which (when right clicked on the block) can make blocks instantly disappear, and consumes the item. It is worth noting that bedrock CANNOT be removed ;)
Raw Purpur - A naturally occurring variant of the purpur block, put a 2x2 square in the crafting grid to make purpur blocks
Endritch - A highly dangerous and unstable fluid

Ender Star - Put an ender crystal in a crafting grid with 4 end dust around it to craft 8 of these, used as ammo for the Endersoul Staff
Endersoul Staff - Powerful explosive staff, gives the player blindness while the bullet is flying (just be careful not to get the bullet stuck on blocks)
Endersoul Blade - Powerful sword, right click on a block to teleport, has a small chance to spawn an Endermite
Endersoul Amulet - Gives the player night vision when in inventory
New Weapon - Ender Crystal Staff MODEL BY CHUCHU, a highly dangerous and explosive weapon. https://mcreator.net/user/115488/chuchu

To build the portal, you will need a frame of Voidstone Bricks, and a Void Orb, of which the crafting recipe is 4 Ender Souls around a Void Pearl. The dimension is, well, completely empty. There is absolutely nothing. Just an empty void. Well, what did you expect?

Next update will feature:
- Redone structures (might take a lil while longer)
- Ender Bow as suggested by Gamer4325

This is the coolest mod i ever seen!!!

cheers glad you think so!

It looks great, in some future update it would be good if you put an Endermite block, like the stone blocks that contain Silverfish in the Extreme Hills

I hope you understand what I wanted to write, is that I use the google translator xd

Ahhh yes I understand. That's actually a really cool idea! I probably will add that in the next version.

Very cool for the End

It sounds good, i will absolutly check this

This mod is AMAZING the void dimension is great for building floating islands or a super secret base. Nice work!

can i put this mod in a modpack?

How did you make the end dimension like that