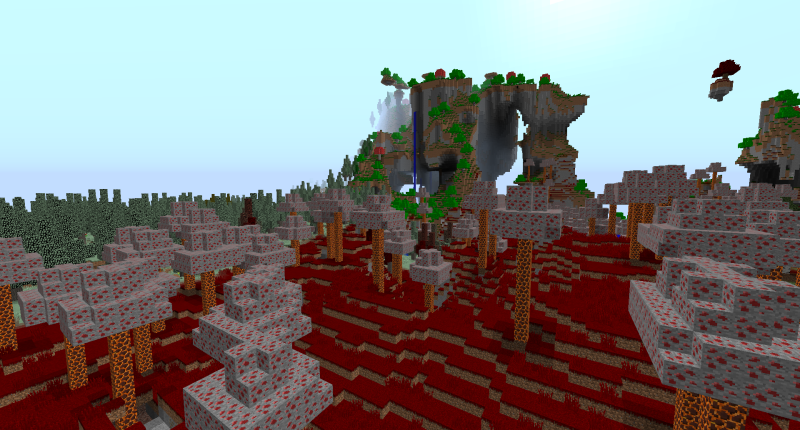 And here you can see the new mountain biome in back, fire swamp in the foreground, and enchanted forest in the back left. 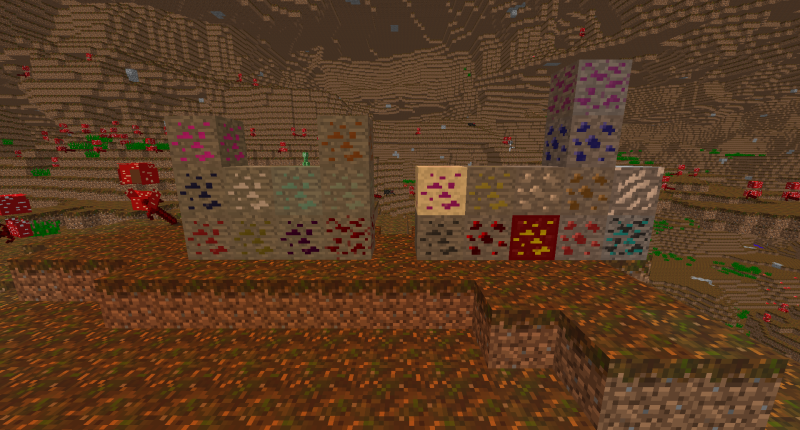 This is what the mod is named for. The left set is the tiers, while the right are more utility. 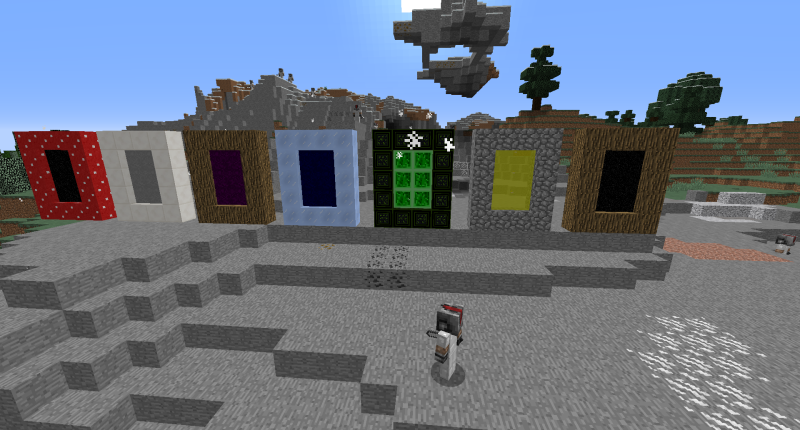 Here are most of the new dimensions added, a total of 8. And yes, one of the new mobs is in front. 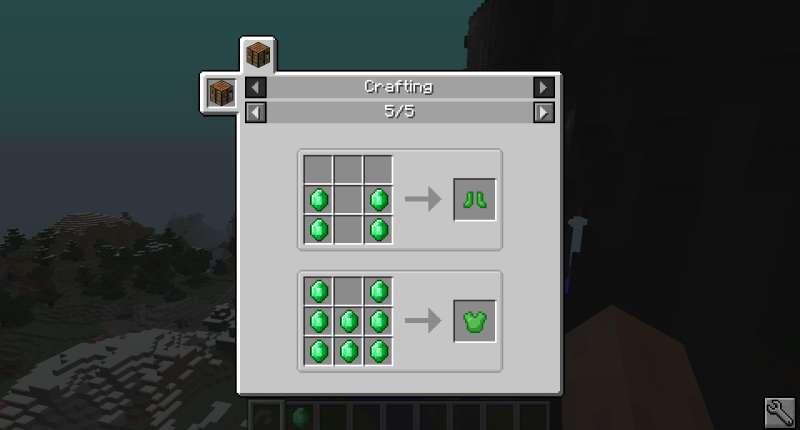 I gave some love to old Minecraft items, like how emeralds are useless. You can also have wood and stone armor, which are decent starters. 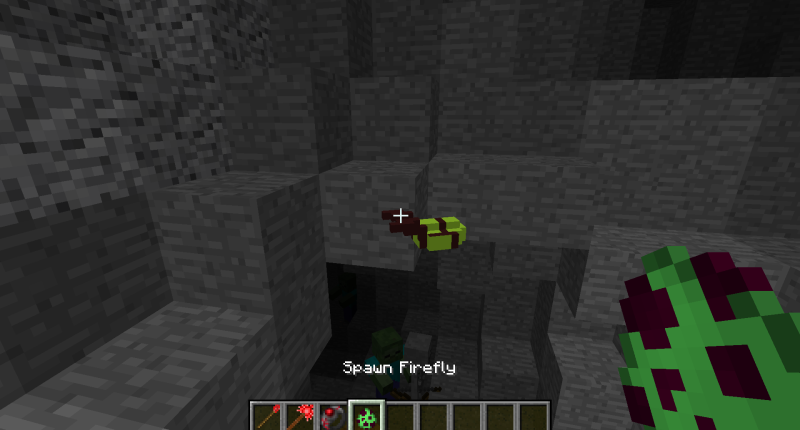 The only custom model for now, the firefly spawns in the dark. However, I couldn't make it glow.

This mod truly lives up to its title. 22 ores, 8 dimensions, 16 structures, 16 mobs, and 22 biomes. While there were planned structures that didn't make it, let us focus on the things that are there.

Want better jumping potions? Kill fireflies! Want a fire staff? Go mining in the nether for the essence. With three potions and 9 times as many staffs, satisfy all your magic needs. Weave the fabric of spacetime itself or turn the ground to ice, this mod is it for you! Not just the five base elements, but you can mix them by putting essence on a staff in a custom crafter!

22 ores, each one not just a new tier! Metal armor can be worn and give you effects, letting you mix the armor. Rings crafted from gems can be pretty nice if you want a potion that can't be expended. From ruby to adamantite, mithril to Ender crystals, there is more ores than you'll know what to do with!

As a list of all the different dimensions, here they are! However, you'll have to see for yourself as to what they are like.

The Twilight Realm (a tribute to the Twilight Forest, although just uses the same idea, no bosses)

The Reverse Dimension (not shown in picture)

Your sure to come across one of these 22 on your adventure.

From ones inside trees to naturally spawning ones, you can find them in both nature and structures!

There's more armor than ores in this mod! Can you believe that?! Quartz, emerald, stone, there's armor for all the vanilla ores (except redstone)! Some extra ingots exist, such as fiery and knightly ones! A few special swords and wooden staffs exist, such as the space staff! All of these are extremely useful, yet don't fit into any of the established tiers.

Note the download files are meant as a legacy version, not regularly playable. 1.5, the latest, is fully functional and complete, yet 1.6 will add in even more. 1.6 is currently being developed, and some plans for it can be read later on. This is pretty informal as a heads up.

In 1.0, the mod only went up to mithril, and failed to include some colored biomes. 1.1 onwards started adding basic magic, such as fiery and knightly ingots (which were tributes to The Twilight Forest mod) and lightning ore. The first four element staffs were added then. 1.2 was big, and when adamantite became the best and latest ore. However, it didn't have anything special to it besides being the top tier. Life potions and armor were added now, but were competely broken, and stayed that way until 1.3. 1.3 was mainly bug fixes with a few small items being added from preexisting ones, and some mobs were added. Now between 1.3 and 1.4, many addons were made such as the extra ores like silver, copper, zinc, etc. In 1.4, the Mystic Table was added, and the enhanced staffs too. Mixing was added, letting magic truly come forth. Some biomes were made, but the main focus was structures. Floating Islands, Bandit Trees and more were made and used, with dimensions also coming into play. Finally, in 1.5, the latest version, magic rings were added and armor sets got special abilities. Bugs were rooted out, and shouldn't be present.

On future plans: Bugs will continue to arise and be removed in 1.6, when I plan to add a dragon or two. As far as new ores go, there will be a few more. Planned structures that didn't make the cut in 1.5 will appear in 1.6, such as pirate ships. I also hope to be able add in more magic to it, and even more bows.

"And in the beginning, there was nothing" -Dave Thomas

Congratulations on your mod becoming mod of the week!

If you want to make suggestions for 1.6 or report bugs, please post them here.

Nice mod, but... that biome with the trees that have ores as leaves is weird. You should probably change those textures (maybe use the normal leaves textures and change them a bit using paint.net or gimp so it looks like they have ores on them or just use a recolored version of glowstone... that would be a lot cooler).
Anyway, the other features this mod adds are actually cool :)

That has been updated for 1.6

RaolTheBest too? Your that guy who made RaolCraft! I am just as honored to have you here as Traitor Art.

nice mod, but it needs something a little special.

With the sometime in the future release of 1.6, something special will be added.

Download v1.5 and put that into your mods folder. You will need to have Forge installed.