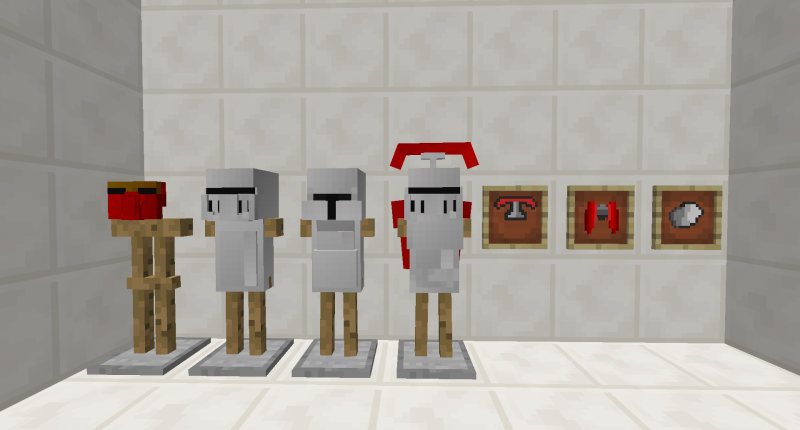 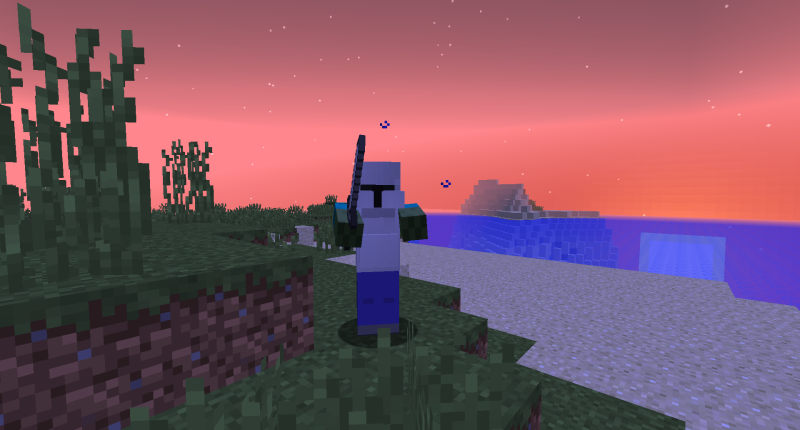 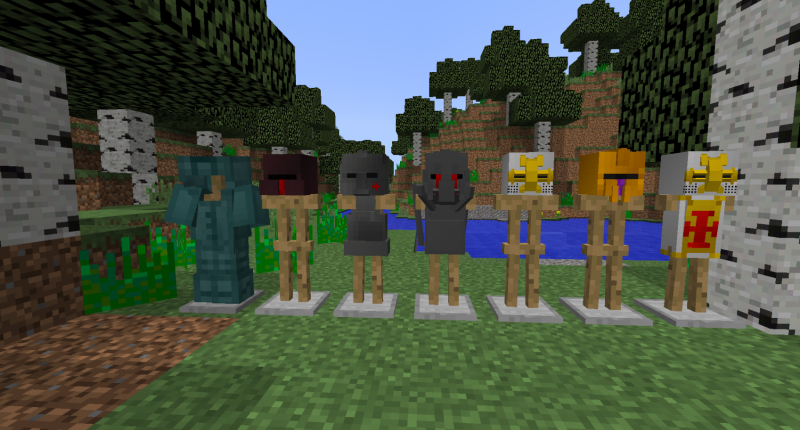 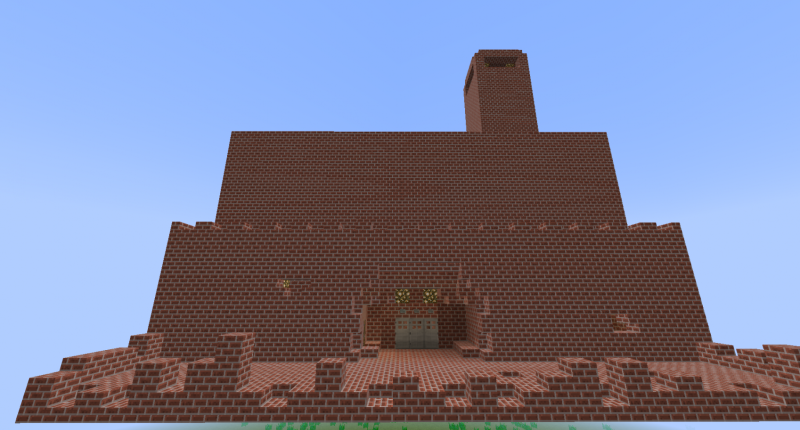 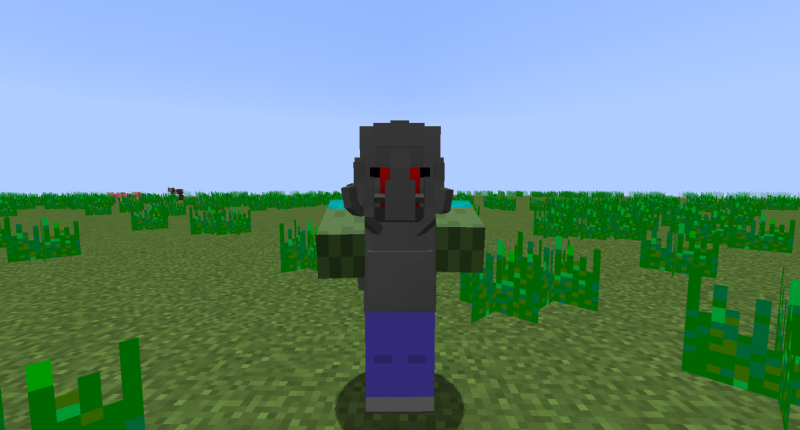 More improved zombies wearing knight armor. In arms he has a sword and a shield. Slightly more hp than ordinary zombies, as well as more damage.

Zombies wearing armored armor are different from others in that they require more blows. In his hands the sword.

Zombies with a very small amount of HP. It's pretty easy to kill him, but if he takes damage, he starts spawning a zombie around him.

It stands out for its white color, it has less HP, but more damage and some other characteristics.

Spider Wolf (Wolf Spider -  I apologize for my broken English.)

This is a real kind of spider, it is not a hybrid of a spider and a wolf. When he dies, 3 ordinary spiders will spawn. I was inspired by one video ....

In short - he dies in 2 blows and makes an explosion 2 times stronger than that of a creeper.

This will be a lecture ... Well, okay, I present you skeleton + slime = Mucus skeleton. I hope no need to explain. Died one appear some more the same.

Everything is easy! Skeleton dressed in knight armor.

Creeper surrounded by shields. How to say ... I was lazy so the shields have the texture of his body. Shields protect it from arrows, potions and cactus.

Mini boss dressed in a Legion helmet and armored chestplate. Appears only in the dungeon. What can I say ... In short, it is much fatter than all the other mobs. I checked, in the end, to kill him you need 11 strokes from a diamond sword.

This golem can be spawned using the item "necro staff". He is weaker than an iron golem, but this is done for balance, since in order to spawn it you must sacrifice two full health units and 1 incomplete.

What i can say these are very powerful zombies, but after you kill him, the "dragon scales" necessary to create the armor of the fallen angel will drop out of it. (By the way, after he dies there will be an explosion )

I don’t even know what to say about him. Just be careful.

No information yet. Will be used in the next update

It’s just a zombie and a skeleton dressed in armor. Spawn only in the crusader fortress.

And 1 separate helmet. Well, like a helmet ... Rather, just an accessory at the beginning of the game. I present to you - bandana with goggles!

Helmet of the hell knight

Armor of the Italian infantry.

Will drop out of the Star Goliath boss in the future.

In it appear zombie knights. What else to say ... On the 2nd floor of an abandoned outpost there is a chest with loot. There you can find a knight's helmet. Outpost spawns quite rarely.

Abandoned fort is a very dangerous place. There are many dangerous mobs in it. But there is more loot in it. In short, need very good sword and armor.

The most dangerous place. A mini boss appears in it, namely a zombie centurion. In addition to it, there appear many reinforced skeletons and several zombie knights, as well as several traps.

A very dangerous place, but there are a lot of loot . Appears in the sky.

The end! The mod is raw, yes, few mobs and so on, but soon there will be an update which I hope will fix everything.

All models and textures were made by me on the tabula.

Mini update.
3 dungeons have been added.
You can find armor and resources. But in one of them, namely in the abandoned headquarters. Appears mini-boss "Zombie Centurion"

In the new dungeon you can find armor or useful resources. I don't know what else to say. Maybe .. Mod has advanced a bit?) But this is still not the update that I mentioned earlier.

The mod has been updated to version 2824. At the moment, craft can be learned through the mod NEI, JEI.

What can I say ... well, I don't even know. To praise yourself so-so, but vice versa is also impossible, except perhaps thanks? Yes?)

The armors are very nice !

Thank you, Komrad. The creation of such a model ... To whom I tell fairy tales .. In fact, it is not so difficult. 1 model 1 hour. Textures are fine to make, and just make a model. The end. Thank you for comment, my Komrad!

Nice mod and description :)
First time I've seen somebody use the new custom armour model feature, and your models are really well made! :D

I made these models a long time ago. When I released my first mod, but in those days there was still no this feature. Now I have several mods on developing with 3D models. In general, I wanted to update my first mod Reinforced Zombies, but when I started exporting the mod, I started having problems with the mod because of this, my first mod officially dead.And of course, thanks for the comment my Komrad!)

Good and original mod :D
I like the models and the fact that you put some thought in the features
PS: it would be cool if you also included some images about the other mobs :)

The question itself is not really understood, but tried to perform. I added images of mobs and armors in the description . Thank you for comment!)

Now it's a lot cooler! If you add more features to it, ut could be MOTW! :D

I like the armor models! The mobs are also very creative!

This mod is not yet fully made. You can consider this beta version. Hopefully with updates everything will be done even better. :)

how did you model the armors?

As everybody? Is not it so?

may I use your mod in a mod pack?