Version 1.1.0 of DTM's Toolkit - Plugin Architect completely alters the layout of the original UI. Brand new UI, brand new colors, brand new menu (and a sneak peak of what's to come later on...). Load times have improved drastically, some more failsafes were put in place, and custom generators folders are now imported when importing a plugin!

If you do use my program, please report any bugs or issues you find, any crashes you encounter, anything at all. I know there will be bugs and crashes that happen, so don't hesitate to let me know and get mad at me if you lose progress due to them. Always generate your plugin every so often so you'll always have a back up in case anything happens. In the next couple of updates, I'll work on adding an auto-backup feature!

Version 1.0.4 of DTM's Toolkit - Plugin Architect is a complete optimization of the original program's backend. The code has been severely optimized, useless code has been removed, more issues have been fixed, and a few new features were added!

Version 1.0.3 of DTM's Toolkit - Plugin Architect is just a quick hotfix to some crucial errors and crashes that could occur when importing and parsing premade plugins and procedures.

Version 1.0.2 of DTM's Toolkit - Plugin Architect brings one of the best features yet, the ability to import an entire plugin! Using the new buttons on the left side of the main screen, you can now import an entire plugin into your workspace, either by selecting its zipped archive, or a folder full of the files. This version also includes tons of bug fixes, and a brand new category feature as well (where you can make multiple categories or select premade ones for your procedures)!

Version 1.0.1 of DTM's Toolkit - Plugin Architect aims to update and fix many issues from the first build, as well as add some essentials functions and tools to help better develop the plugins you want to...and a big thanks to Goldorion for helping me understand the brand new naming conventions (and creating a toggle for appending the plugin ID) for procedure blocks, just in case user-created plugins are to ever be added into the the main core of MCreator itself (so they won't break). ;)

Version 1.0.0 of DTM's Toolkit - Plugin Architect allows anyone the opportunity to easily create procedure plugins in no time at all. Add all your plugin/procedure information, add your code, select your targeted generators, and do so much more in one easy-to-use utility. When you've finished, generate the entire plugin layout with the click of a button, zip it up, and distribute it for anyone to use in less than a 5 minutes...and if you want to edit premade plugins, you can! Just import your procedures using the built-in function, and get to work!

As time goes on, I will continue to update and revamp Plugin Architect as much as possible to make it super clean, user-friendly, and convenient. I want this tool to become more than just a program for building blocks for procedures, as I plan on creating a "Generator Builder" to make new custom generators for MCreator, as well as the ability to create brand new triggers, API additions, and tons more.

If you have any requests, suggestions, or bug reports, please don't hesitate to let me know here in the discussion below, or on Discord at [ Drop The Mag#8145 ].

Since this program is completely standalone, download the executable from the link below, drop it wherever you want, and run it from wherever!

As of now, this program currently only supports Windows. With time, I may consider a complete rewrite for MacOS users...but for now, please consider using Goldorion's program (MCR Plugin Creator) here for multi-OS support and consistent/super useful updates: MCR Plugin Creator by Goldorion

Within the next few days I'll be creating and uploading a quick tutorial on how to use the program in case anyone needs it. As understanding the layout may be difficult in the beginning.

If you want to learn more about how to create and develop plugins, please check out the tutorials here on MCreator! 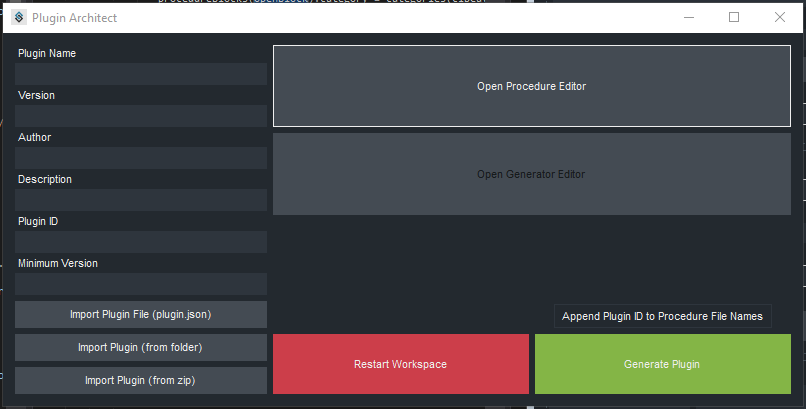 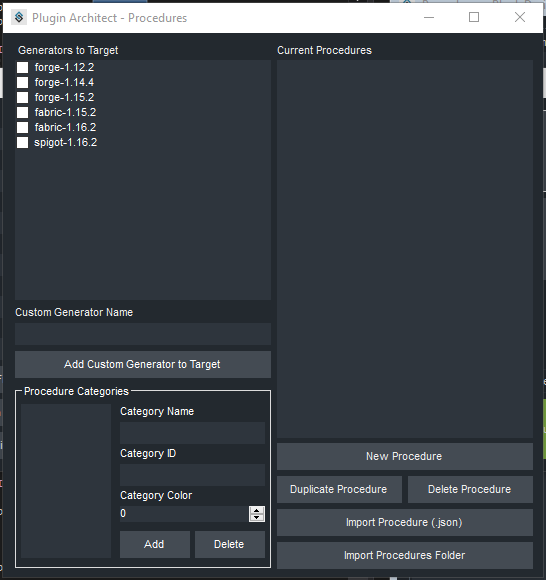 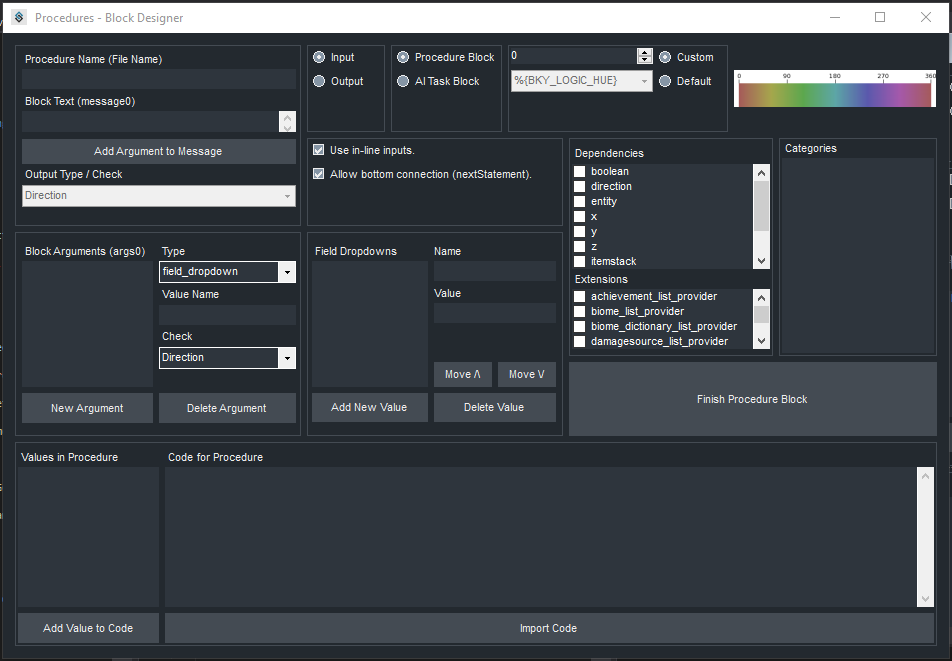 Check out my other developments here:

I think I will have to use your software instead of mine until I finish mine (if I use a software). XD

This software was even good using windows forms.

Oops, I wrote it wrong, I said it was very good using windows forms.

Visual Studio is an amazing tool. You can do near anything in Windows Forms. All the NuGet packages, tools available...it's super flexible.

Well thanks! Yours is amazing too, and that's why I mentioned you and linked yours here too. :) I'm waiting for more updates to come from you, and I can't wait to possibly work on some projects with you in the future too. Let me know what you think if you do use it though!

NICE! This is great work

You already can with mine.

what programming language did you write this in :D
also is there going to be a mac version in the future?

As of now, this program currently only supports Windows. With time, I may consider a complete rewrite for MacOS users...but for now, please consider using Goldorion's program (MCR Plugin Creator) here for multi-OS support and consistent/super useful updates: MCR Plugin Creator by Goldorion

After a while I may consider doing so as I said in the post, depends on if Goldorion and I team up in the near future or not! ;)
And I just used Visual Basic to write it up in a Forms application.

You already can with mine.

I think he had even commented on yours when you released yours too.

I think he had even commented on yours when you released yours too.

I like using your plugin generator. I am going to use them both and make 2 procedures plugins and see what one I like more for making plugins.

I make a lot of mistakes when I code my plugins, but they can be fixed really easily. Go to Users/yourUser/.mcreator/log and open the file named mcreator.log. This file is the logs of your current session, and you can find all Blokcly/Freemarker errors of your errors (even if sometimes they aren't understandable xD).