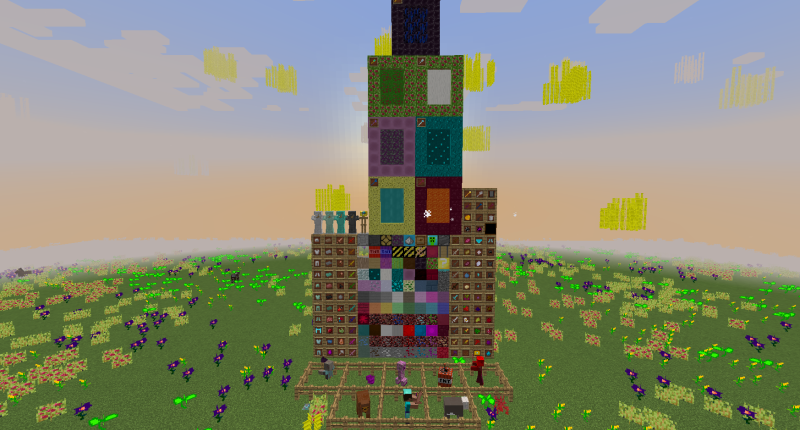 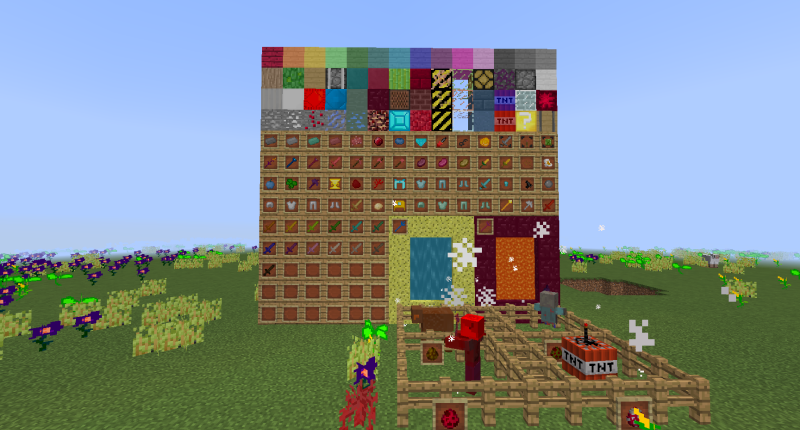 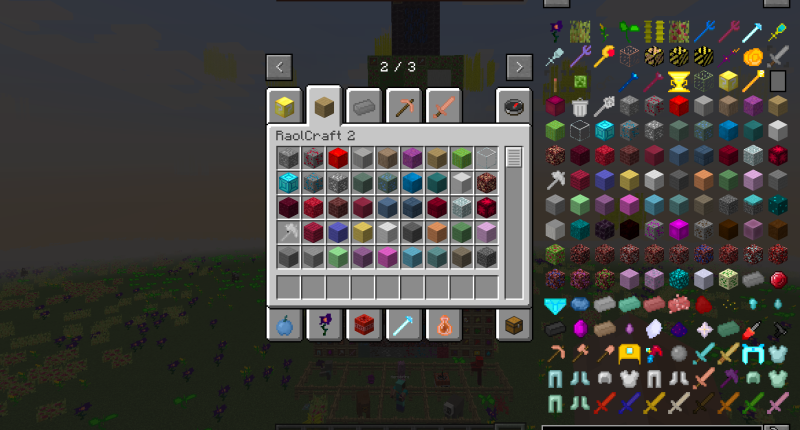 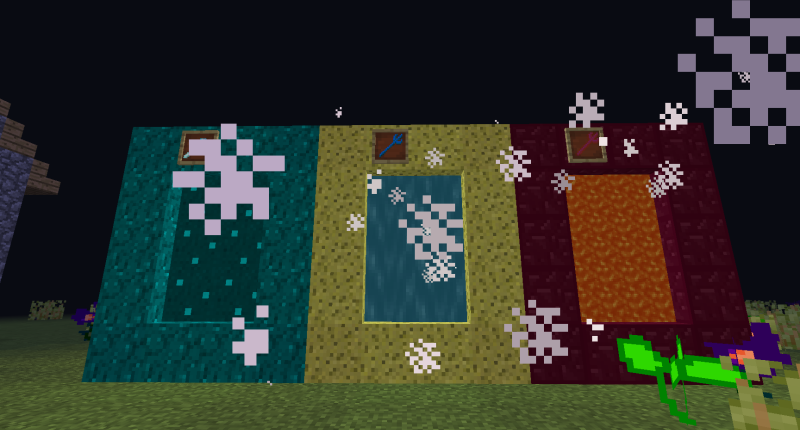 YOU CAN PUT THIS MOD INTO YOUR MODPACK!

​Sorry for Normal World Type Generation Bug. I will fix this.

Added XRay Glass (beta: in 1.1 it was changed in secret glass);

Added Lead Ore: it can be smelted into a lead ingot;

Added Defense Block: you need to break it 3 times;

Added Ruby Ore: it can be smelted in to a ruby;

Added Drill: used for some blocks that can't be mined with diamond pickaxe;

Added Coin: can be used only on custom maps;

Added a text sayed when a player sleeps (but it isn't working >:();

Added 0 (zero) button (creative only). When clicked your inventor is cleared.

Fixed X-Ray Glass (now is Secret Glass: you can spy other players!);

Added NightBlock: when right-clicked it sets time to 16000;

Added TV: it's yust for deco but it's AWESOME;

Added Day Block: when right-clicked, it sets time to 0;

Added Key: only for deco or custom maps;

Added beta MegaDiamond Apple: don't make it because it's in beta!;

Added Water Dimension: to make the portal you need some sponge;

Added Silver Ore: it can be smelted into a silver ingot;

Added Water Ore: it can be smelted into a water ingot;

Added Water Stone: it can be smelted into stone;

Added Sapphire Ore: it can be smelted into a sapphire;

Added Bushes: they drop some leaves;

Added Lavic Ore: it can be smelted into a Lavic Ingot and can be used for smelting;

Added Lavic Ingot: it's more powerful than a megadiamond and it's used for crafting;

Added Lavic Block: it's a lavic ingot storage and it can be used for Hades Portal;

Added Hades: it's similar to End but it's maked out of Hot Netherrack;

Added Hot Netherrack: it's used for crafting and smelting;

Added Demon: an hostile mob that spawns in the Nether and in the Hades;

- Lavic Sword : when rightclicked it makes some fire;

- Lavic Axe: when rightclicked it makes a grass block (for planting trees lol);

- Lavic Shovel: when rightclicked it makes a TNT block (WOAH!)

Added beta Corals: for now they are useless;

Fixed bugs and changed some textures!

Added Poison Creature (beta). when it attacks, it will poison you MUAHUAHUAH!;

Added Glow-Shroom: it spawns in glow biome and glow dimension;

Added Glow Dimension: you can make the portal with essence blocks;

Added MinePhone (only for creative);

Added Bedrock Destroyer: use it at own your risk and peril!;

Added Essence Block (for the portal);

Added Weather Block: it makes raining or not;

SORRY FOR NO SCREENSHOT BUT I HAVE NO TIME FOR THAT.

Added Nether Ores: for all raolcraft ores + all minecraft ores (but with the exception of Water Ore);

Added a bin: for not using lava;

Added Panda: it's a bear's friend;

Added Plant Block: it's the frame for the new building dimensions;

Added Plain Dimension: it's a mix of superflat and normal word;

Added Silver Sword: it can be enchanted with rubies, emeralds, saphires and amethistes!;

Added Water Sword: when you right-click with it, you'll get some XP!;

Added Spectral Dimension: the portal is made from dark blocks and the igniter is a Spectral Trident;

Added New End Dimension: the portal is made from bedrock blocks and a very hard to get igniter;

THANKS FOR READING ALL!

NOTE THAT THIS INFO PAGE IS INCOMPLETE, BUT YOU CAN FOUND MORE INFO IN THE CHANGELOG.

Ruby: an item used for crafting. Can be obtained mining Ruby Ore or smelting it.

Lead: used for crafting. Can be obtained mining Lead Ore.

In the next update I will reach 200 mod elements! I will add lucky block, lucky tools, lavic armor, megadiamond tools, colored wood, gravestones, vampires and more!

Cant wait for the update. i have tried but i can't download (I'm on a mac) any ideas?
thx

@#6 Can you make a more specifical description of that error? (Sorry for bad english but you know that I'm italian.)

@#6.1 it says it cannot be launched. sorry for the lack of detail, i don't really know what to do
thx

my mod is better than minecraft 1.11 (the snapshot only adds poison creeper and more eggs)!

Mcreator runClient doesn't work, so the update needs more time. I'm doing all my best for finding the error. :(