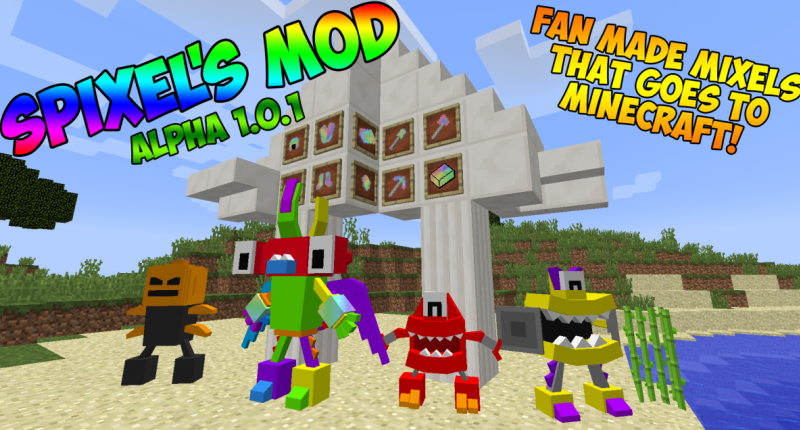 Disclaimer : this mod is still in Alpha version. Expect some bugs and missing features to the mod!

What Features will it Add if you Install this mod?

It includes over 20 mods including :

NOTE : This mod is only for minecraft 1.10.2 right now. we might going to update it once the MCreator will support later versions of Minecraft!

NOTE : There are more than 30 Fan Made Mixels that i should Finished. Right Now i Add only 4 of them because They're the ones that i already finished it!