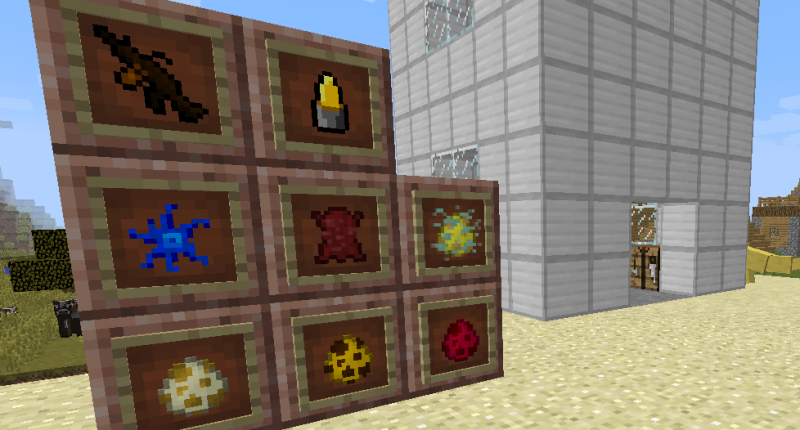 Items of mod and structure with Kamata Kun tail behid

This mod adds various Shin Godzilla forms, such as: Tadpole, Eel and Dinosaur.

Also, there is another things in the mod.

There is also a structure - Building.

Egg of an tadpole Godzilla, gives you achievement.

Like bow, it can shot. Does 7 damage and 2 knockbank. Can shot instantly with right click. But gun can easily break. Living on Shinagawa Kun skin. Ocean floor organism that can fuse and evolve. This structure can generate in every biome. Even in ocean. As you can see, there is bed dropped. It's supposed to be placed. Also, doors are broken too.

The chest on 3rd floor is empty. Actually, it had 16 apples, 16 bread and leather cap. Spawning in rivers in packs. They are fast, and can jump. Better do not get closer to them, because the can live without water. Hostile mob, 10 hearts, drops fish. When killed, it evloves to Kamata Kun.

Is there a way you can make them bigger?

The only way I know is to super size the model uing the customnpcs mod.

srry but this mod is dead

How is it dead I just made a video Mod review for it and its uploading right now. And wheres shin godzilla in the mod

LOL!
Did you made the Ultimate Form?

Can you ad the final form and freeze thing and atomic breath with it's stages?

also can yo look at this and see if it works?
https://mcreator.pylo.co/forum/38140/can-you-resize-mob