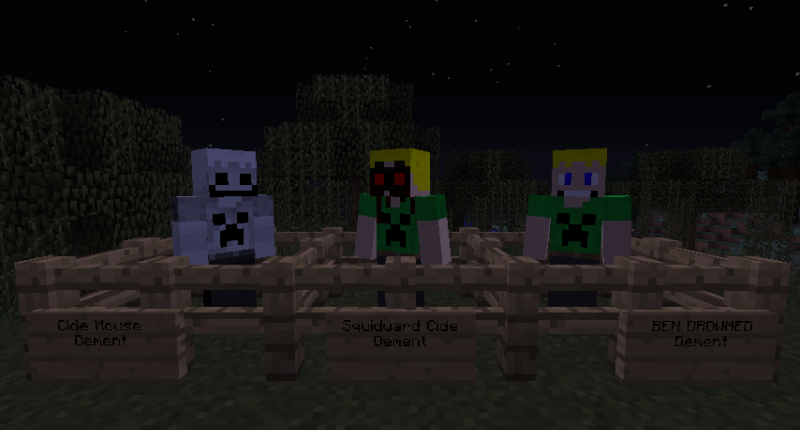 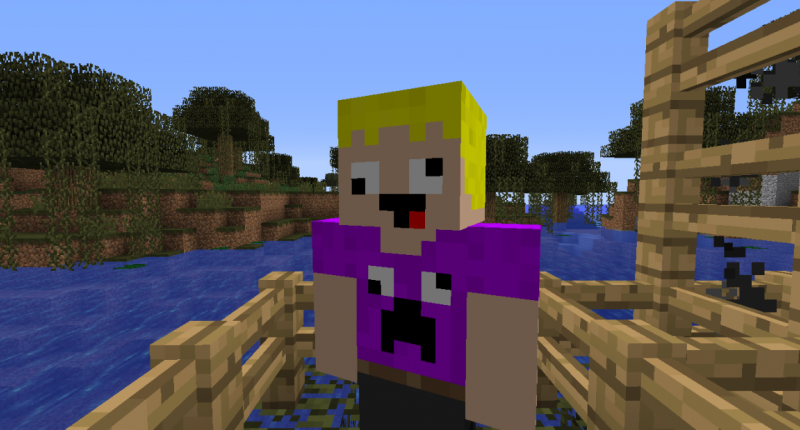 A Dermernt. They can be bred with bread and will drop 0-2 deadbushes and sand (rarely) when killed. They currently reside in the Dermerntion. 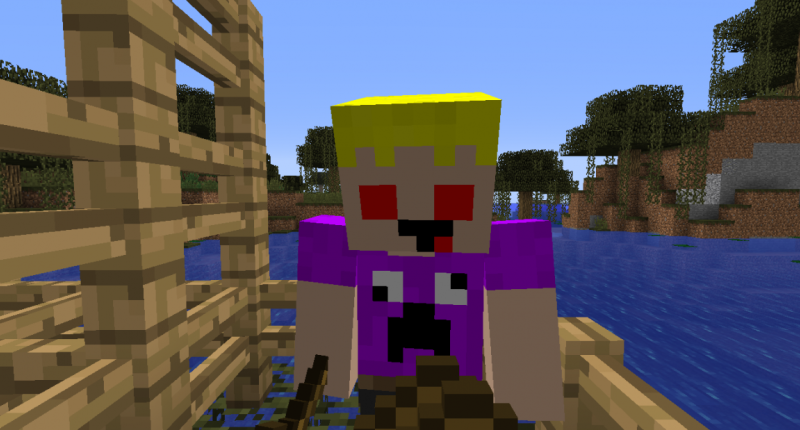 Mpeg. A resident of Non-Canonia, he wields a consistently regenerating wooden axe, which is used as a projectile. Killing him will give you mpeg's amulet, which can be used to craft Exe's Cage. You can spawn him using Mpeg's Cage. 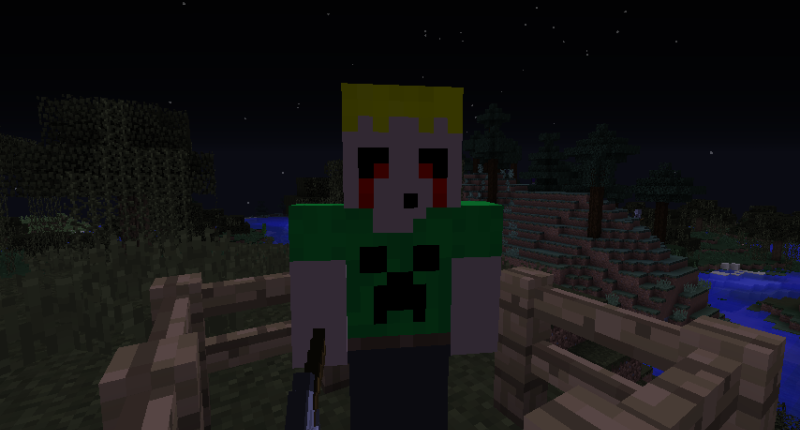 Exe. Created by Dr. Endros (My co-worker and friend) and I (One of the lead scientists and the base for the clone) in an experiment that went wrong (It was Endros' fault, he was playing creepypastas during the cloning process), he resides in... I'm not sure. I'll have to ask Endros if he knows anything. Unlike mpeg, exe cannot throw his axe, but has greater melee strength. He also has more health than mpeg and when killed, drops Exe's Amulet. You can summon him using Exe's Cage. Just, uh... watch your head.

I have made a remake because I accidentally removed the files for this one: https://mcreator.pylo.co/modification/37702/dermernt-mod-remade

The Dermernt mod is a mod based around my original characters. It includes: Dermernt, mpeg, exe, Suicide Mouse Dement, Squidward's Suicide Dement, and BEN DROWNED Dement, with the only dimensions being the Dermerntion and Non-Canonia.

I would give you crafting recipes, but I don't really know how to put files in the description without it being invisible.

Also, if there are any non-canon characters that you have or can think of, just put it in the comments (with a picture, preferably) and I could make a skin of said character and put it as a hostile/passive mob in Non-Canonia, and I will give credit in the mod description. No promises on said character making it in, though.

If you download this, I hope you'll have fun with it. Suggestions are appreciated. :)

+Added amulets for exe and mpeg

*Fixed some things but I can't remember what