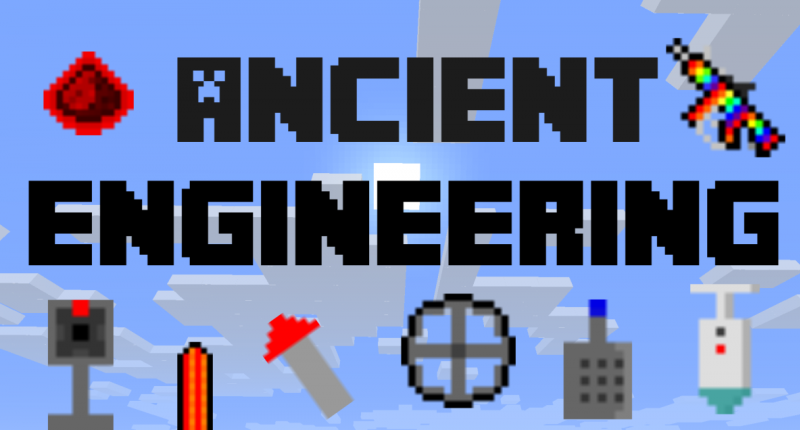 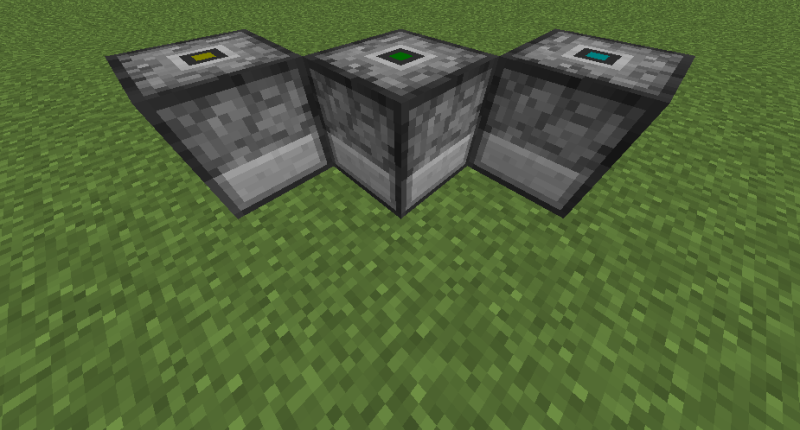 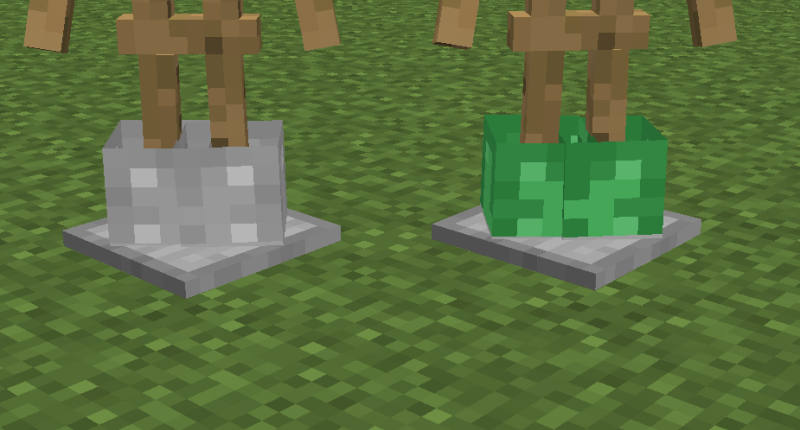 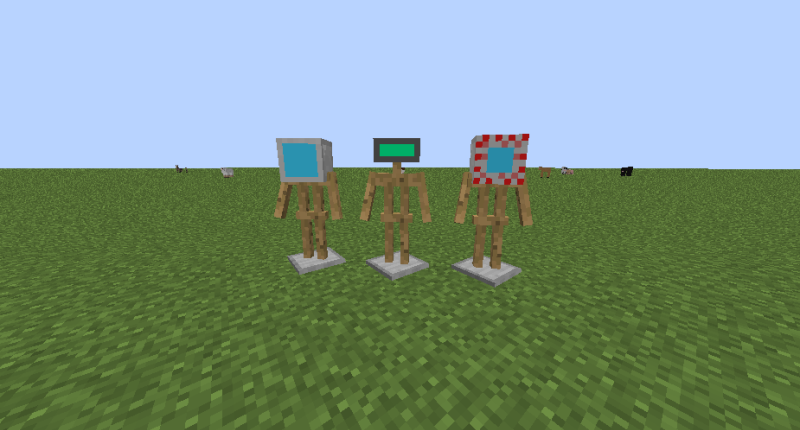 This mod adds gadgets, robots, missiles, guns and more to help you in your adventure.

This mod is not being updated anymore! 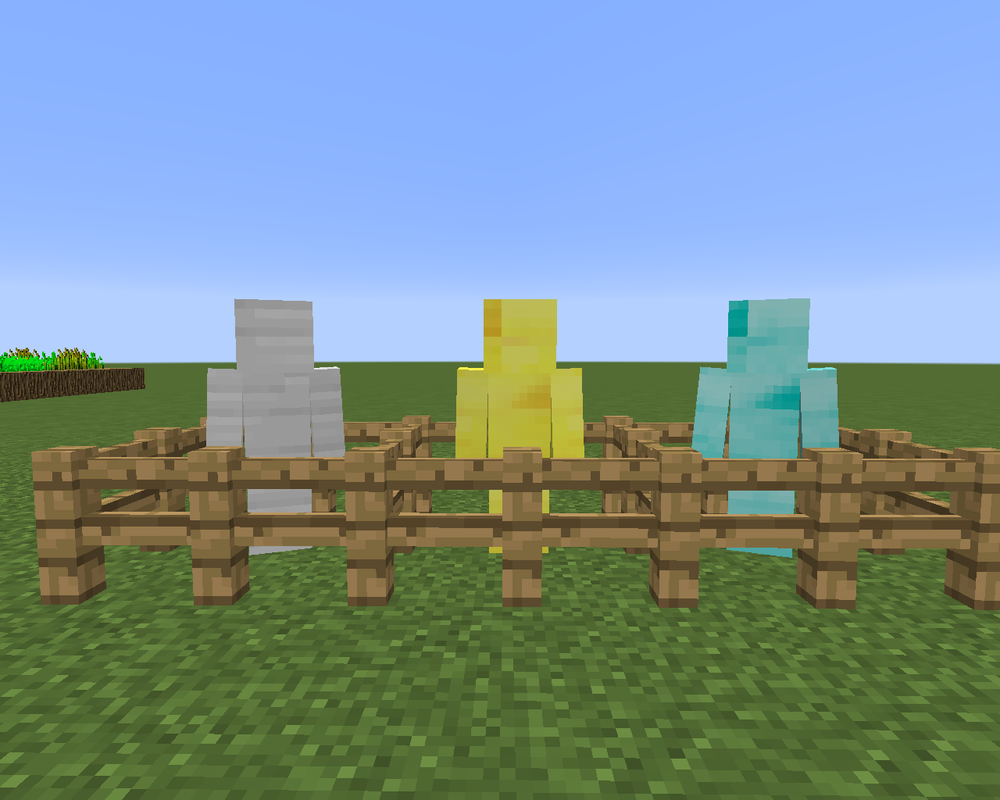 They are classified by Tier and Material. Here is a tables of the stats for each class:

To spawn these Guardians you right-click on a Guardian Factory with the proper material.

Guardian Factoryes are the blocks wich you spawn the Guardians with. They give the tier of your Guardian. 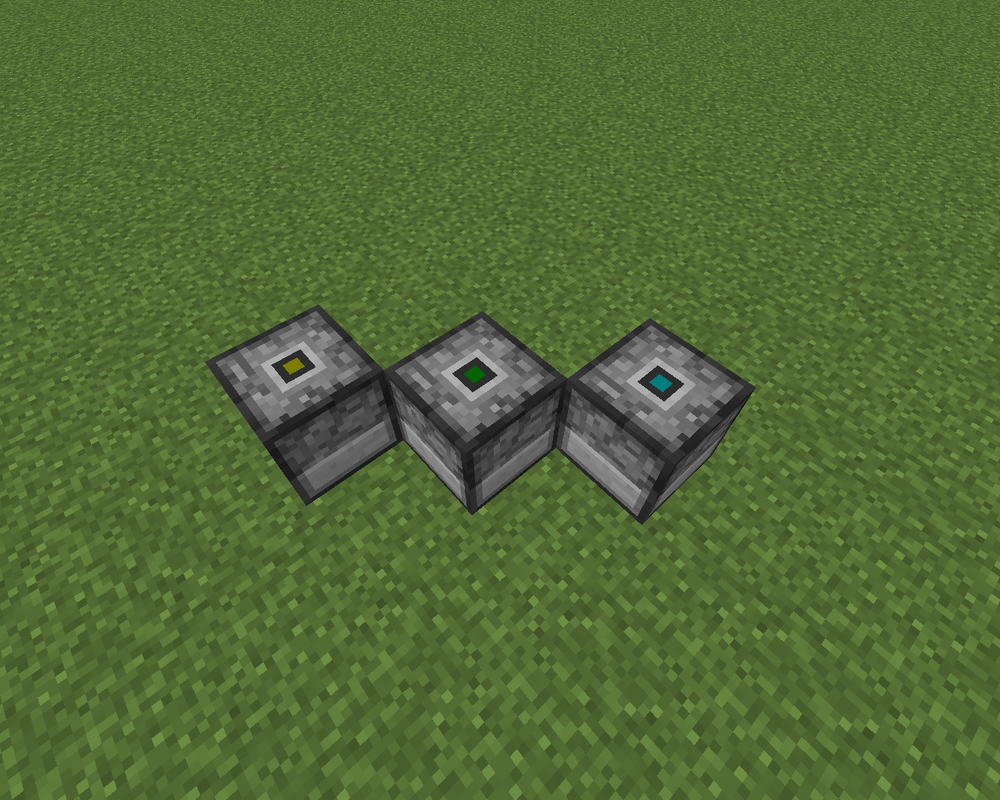 The Turret and the Drone 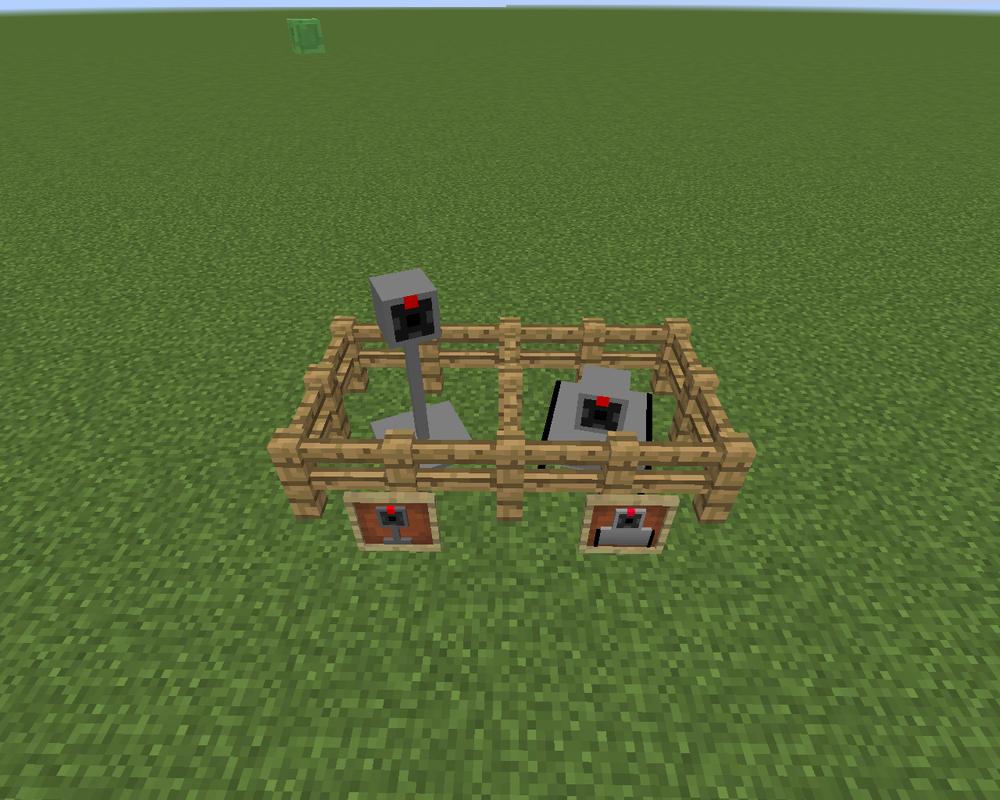 Both Turret and Drone are ranged friendly mobs that attack most vanilla agressive mobs. Unlike the Guardians, these robots don't wander around searching for enemies.

While the Turret cannot move, the Drone only follows the player when it holds the Remote. These Robots can be obtained from the Assembly Table.

The Assembly Table is a block in wich you can assemble robots. 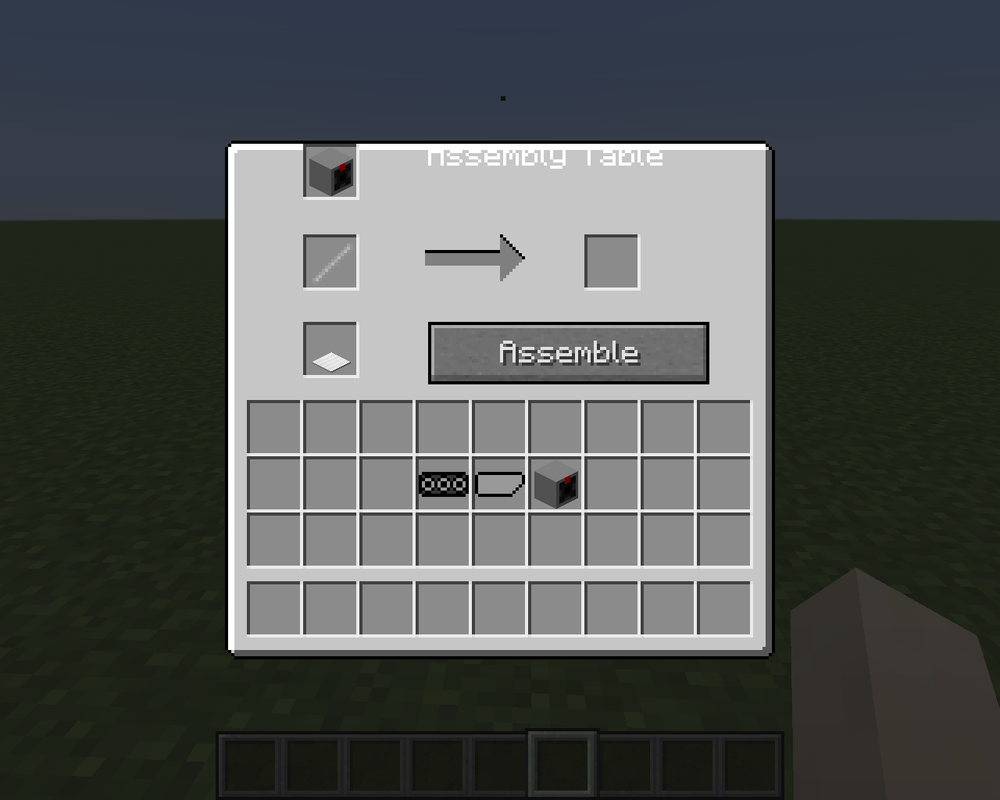 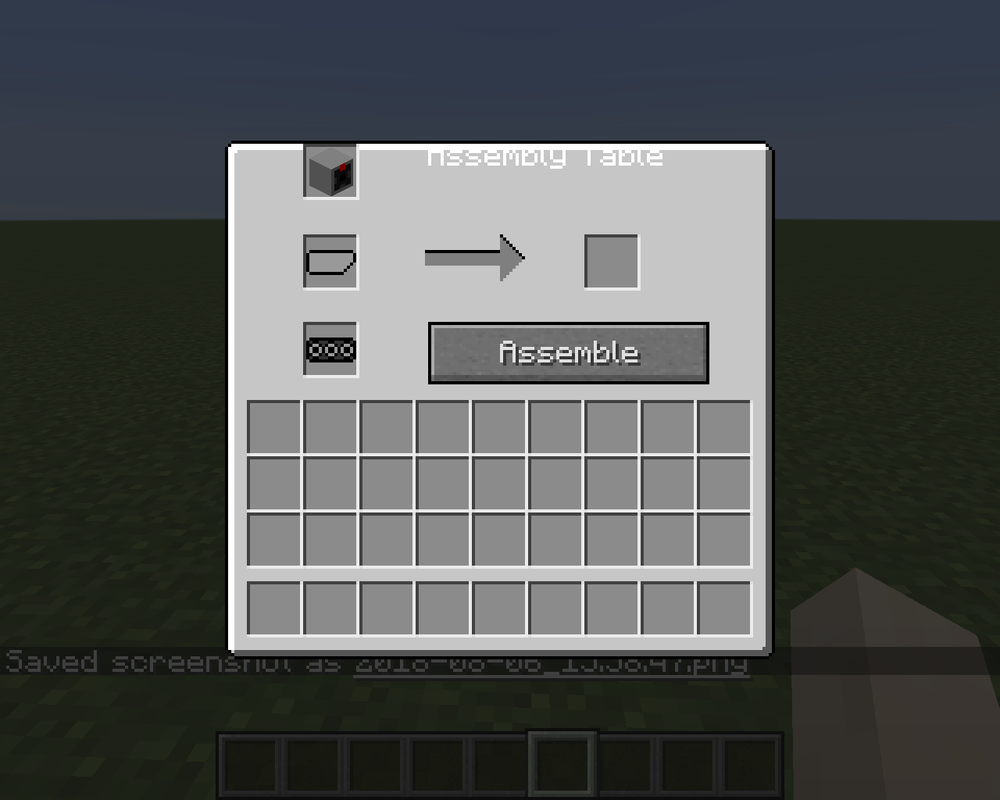 The Robot Remote is an item wich makes all robots follow you. Party Gun has 1000 uses, 0,8 power, 0 damage, 0 knockback, uses Energy for ammo and projectiles spawn many particles (but no lag).

Sniper has 1000 uses, 100 power, 3 damage, 0 knockback, uses Iron Nuggets for ammo and enables the ability to snipe by pressing Y.

Fusion Table is a machine used to fuse gadgets of the same type to create more advanced technology.

Speed Boots are a better alternative to Iron Boots since they give Speed when equipped.

Spring Boots are a better alternative to Iron Boots since they give Jump Boost when equipped.

Underwater Helmet is a better alternative to Iron Helmet since it gives Water Breathing when equipped.

Rabbit Boots are the fusion between Speed Boots and Spring Boots so they give both Speed and Jump Boost when equipped.

Camo Armor is a better alternative for leather armor since it grants Invisibility.

Bulletproof Body is a custom body that absorbs 25 damage, has 7 damage, 1 toughness, 12 enchantability and comes pre-enchanted with Projectile Protection 100.

Missile Control Panel is a machine used to launch Missiles at set coordinates. Depending on the missile's tier, the explosion can be bigger or smaller.

*The rocket explosion has a radius of 4, while the plasma one has aradius of 2*

Redstone Convertor is a machine used to convert Redstone Dust into Energy.

Warning: all the Redstone Dust in the input slot is converted at once.

*Energy can also be obtained by smelting Redstone Dust*

Smoke Machine is a machine that spawns smoke particles in a flat shape.

Smoke Column Machine is a machine that spawns smoke particles in a tube shape.

Drills are better than pickaxes but are also more expensive.

Decorative blocks
Mecanical Lamp is a block that produces light without Coal and/or Glowstone. It comes in 3 tiers.

Rainbow Block is a block with animated texture and 100% of Lava's lightness.

Rainbow Lamp is a block with animated texture(color changing) and 100% of Lava's lightness.

Thank you, your support motivates me to update it.

Concept is pretty good but the textures... No offense but they are SUPER BAD I’m really sorry. But I like this mod!

This is a good mod.
I like everything behind it.

Very cool indeed, we could make a fusion, like an item that work only if my mod and yours are on, i know how to do that

I actually can't belive this is MOTW... And the downloads, they exploded. That's awesome!

P.S I know the textures are bad, I'm not good at pixelart.

If you would like to help improve this mod, you can join my discord server here: https://discord.gg/QYvPHzd

Awsome, do you have discord, twitter, reddit or something else we could chat on? If you have any ideas for new mod elements you should know progress on this mod is currently paused (I'm working on another game at the moment) but I will gladly accept and implement any custom textures, models or sounds.

Sorry I responded so late, but no I don't have discord , you could maybe add a tazer to the mod that gives the opponent slowness 4 for 5 seconds and deals 5 damage + extra random damage.

I also have a texture for the taser, if you want to use it.