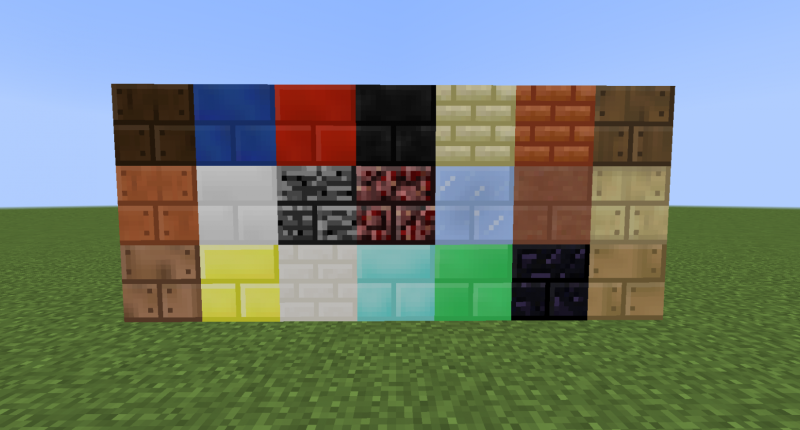 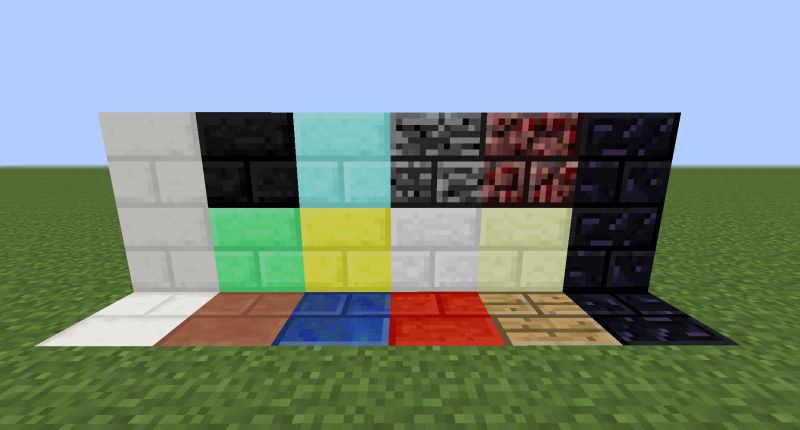 Bricks+ is a minecraft mod that expands bricks in minecraft, but it doesn't adds bricks for blocks like glass , glowstone , gravel... because i think it would be weird and silly to make bricks for them. I haven't find a mod that is focused on making bricks in the way i want, so i made one , this mod adds bricks for some vanilla building materials

If you find any bugs in my mod don't forget to report it to me.

You can add this mod to your modpack without asking.

wooden bricks... what? I don't understand. P.S. it looks good, can I get a 1.12.2 version? also, ice bricks and packed ice bricks are an idea you can use in the future.

In 1.12.2 version of MCreator i get a problem with recipes so i decided to make it in 1.7.10 version , and i got the idea of ice bricks by myself but i don't know how i can make it melt by heath

when i try with the oldest MCreator version that is with 1.12.2 recipes worked so i will make the 1.12.2 version soon

the seams on the obsidian brick are like almost invisible :D